Gavin Sheets is the first #WhiteSox player with multiple hits & RBI in an MLB debut since Craig Wilson on September 5, 1998

Here's my Gavin Sheets PC as it stood on the day of his debut. 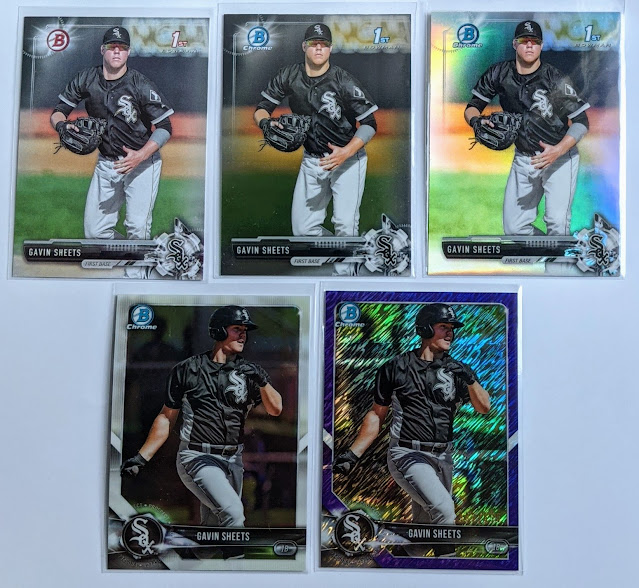 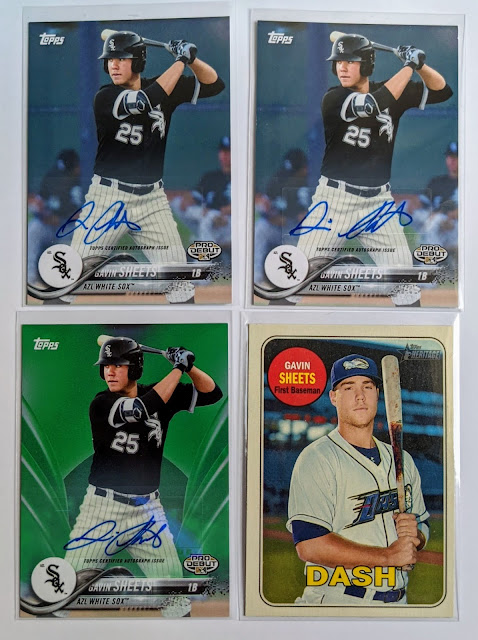 Most of my Topps cards of him are autographed, lol. The Heritage is a glossy parallel. 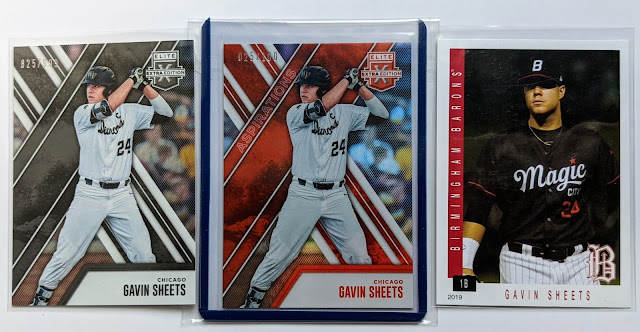 A pair of numbered Panini cards and a minor league issue. 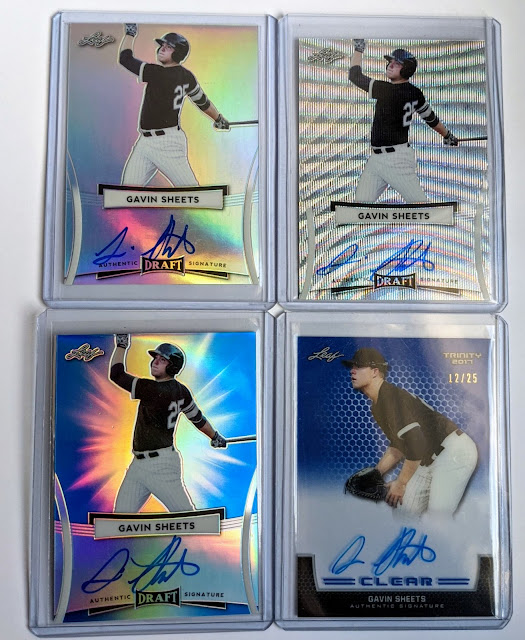 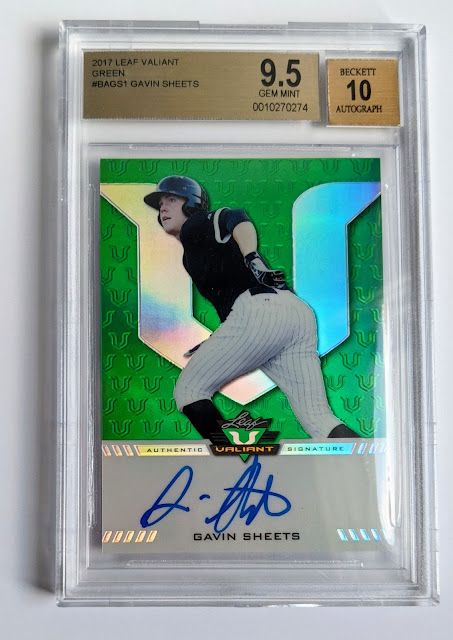 Just pulled the trigger on the Topps Now card for his debut.. which is designated as a "Call Up" not a "RC". Probably too late to get him into Update, but I'd expect him to get the rookie card treatment next year. I'm more or less content with the PC as it stands (I don't plan to chase his rookies or whatever), but I'm always happy to receive more cards of his in trade. Let's hope he has an outstanding career ahead of him!