Hey, it's my half-birthday today. That means we're just 6 months away from Christmas Eve.

Here are a few recent 12/25 additions to my collection. 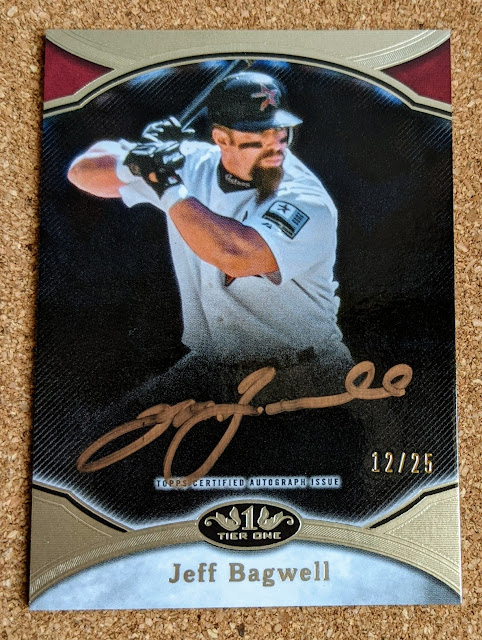 I remember Jeff Bagwell rookie cards being a big deal back in late 1991 and early '92 when I was a young collector. I pulled his 1991 Leaf Gold Leaf Rookies insert and it was among my most treasured cards. A while later I got a minor league All-Star set featuring him back in his Red Sox prospect days, and I thought that card was as cool as hell. Bags just kept on hitting and ended up in the Hall. He hasn't been a top tier PC guy for me since I returned to the hobby, but I have put together a respectable sampling of his cards. Figured I should finally pick up an autograph of his, and if I was gonna do that, might as well find one numbered 12/25. Despite the card featuring kind of a blurry photo, I like this one with the metallic ink on black. 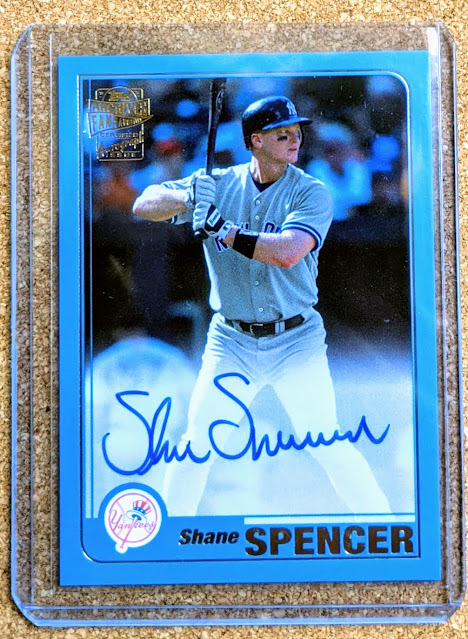 While I own a crap-ton of Christmas Cards, I'm sure I'm not even close to owning 0.1% of them because there're just so many. But Christmas Cards of guys who went to my high school? Now there I might have a shot at collecting 1% of them.. hell, maybe even 2%! (The Giles Brothers are responsible for the majority of them, no doubt.) 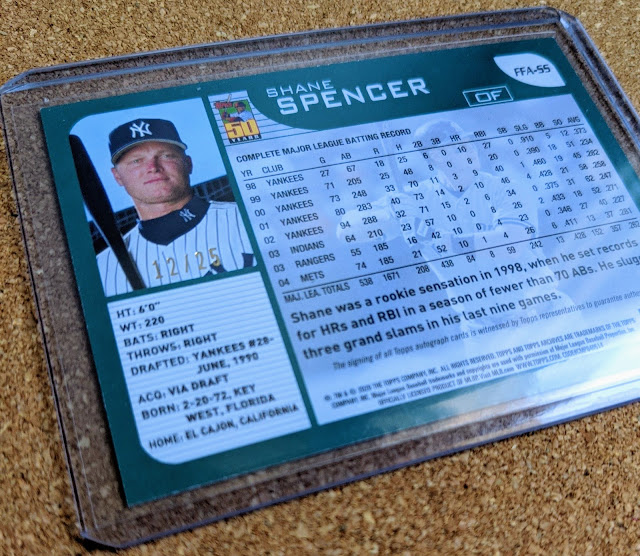 I'd been keeping an eye out for the blue border 12/25 Shane Spencer Fan Favorites auto since 2020 Topps Archives came out last year, and it just popped up earlier this month. Now all I need is the gold foil 1/1, wherever that may be. 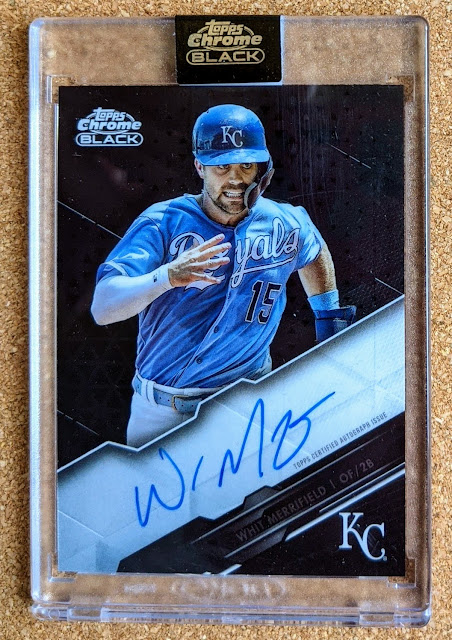 This one is unnumbered. I had wanted to score a Whit Merrifield auto for a while, and they were plentiful in 2020 Topps Chrome Black, a set that I was curious enough about to go after a card or two from, so I ended up with this one. It's nice enough, but everybody said the parallels blow the base out of the water, so I figured I'd target a Christmas Card of another guy I collect but didn't yet own an auto of. Queue Joey Gallo... 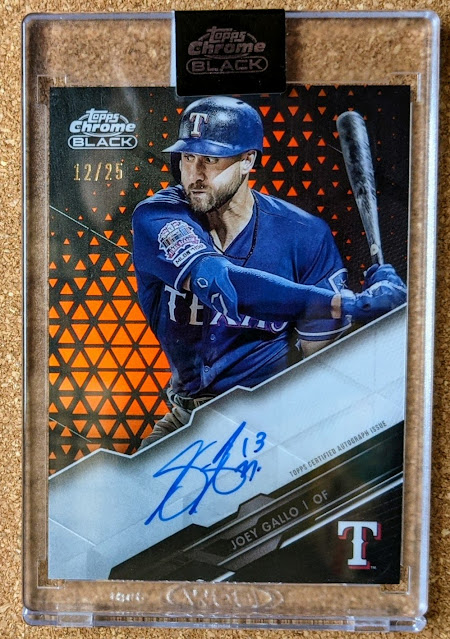 This orange parallel looks pretty cool with the shiny triangles in the background. Funny how Joey seems to be eyeing the serial number, visions of sugarplums dancing in his head. He's a guy I've had a passive PC of for a few years now and wanted to kick up the collection by adding an autograph to it. Done and done.

That's it for today. Thanks for reading.