I think my last group break was 2018 when I got in on a couple 2018 Bowman player-specific breaks for Gavin LaValley on eBay. I ended up with a brick of his base paper and base Chrome from the product, but nary a parallel out of several cases ripped on my behalf. Not even a single base refractor in 12+ cases. It was a major bummer for me and basically swore off group breaks after that.

But I caved to take the Padres in a recent break Nachos Grande did for a pair of 2021 Archives hobby boxes. I was feeling like a bad Padres fan for not having many 2021 cards of the team, plus I credit Archives as the product line that helped get me back into collecting, so it's a sentimental set for me even if I no longer buy a hobby box or two like did in years past.. and I've gotten in on breaks with Chris before and he's a good dude. 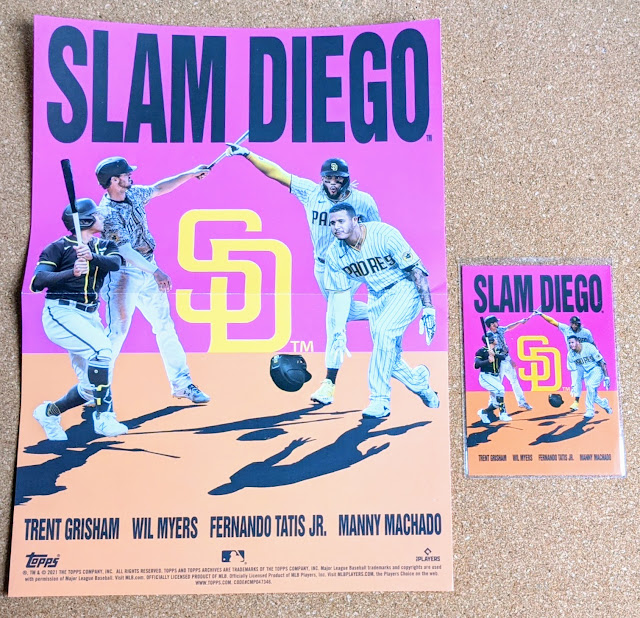 I lucked into a Slam Diego poster box-topper and the standard card version of it. Very cool. The poster slides nicely into the front cover of a new Padres-centric binder I'm starting. 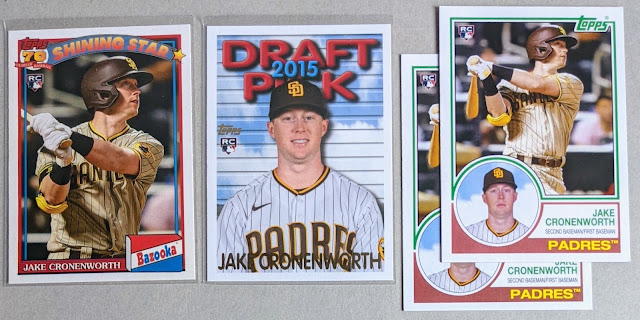 Jake Cronenworth was in the running for ROY in 2020 and made the All-Star team in 2021, yet this Padres fan didn't have any of his cards until just recently. So embarrassing! I like the Bazooka card a lot, and the "draft pick" inserts are seeded one per box (though only one of Chris' boxes actually had one, so I got doubly lucky here). 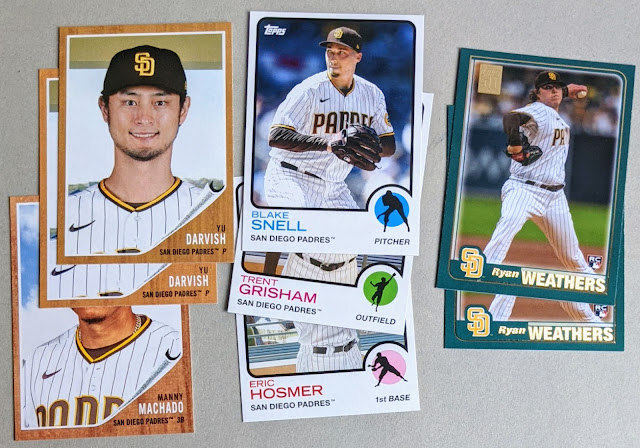 Happy to finally add cards of Darvish and Snell in San Diego threads. I didn't end up with any cards in the 1991 design (besides the Bazooka thing), 1957 Topps, nor the weird "futuristic" design in there this year. Oh yeah, none of the 2011 design either, unfortunately.. one of my modern favorites. 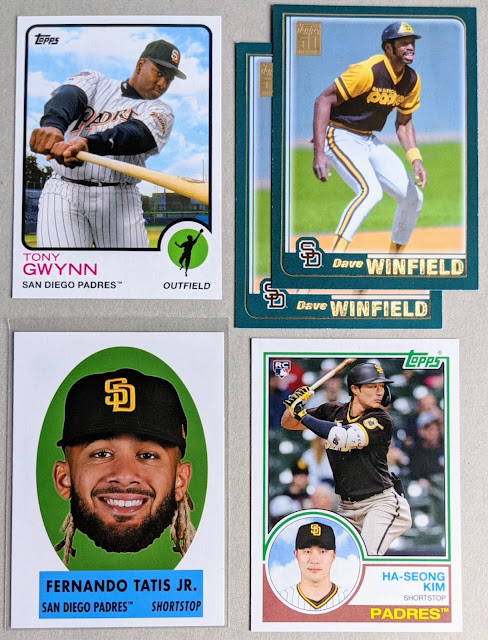 A few more highlights to close out on. Love the Gwynn and Winfield cards. Neat Tatis insert. And my first card of Ha-Seong Kim, another new Padre with a lot of potential, though his first season in the majors was bumpy. 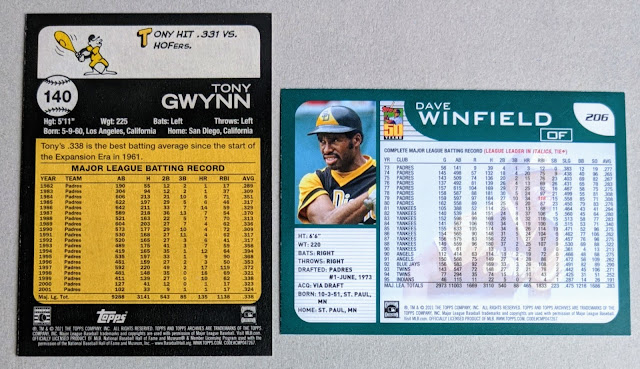 Glad to see Topps didn't skimp on the backs this year. Full career stats! Archives usually has a lot for us OCD collectors to nitpick about, and they'll never quite be perfect, but they seem to have done a solid job this year as far as being faithful to the old designs for the most part. 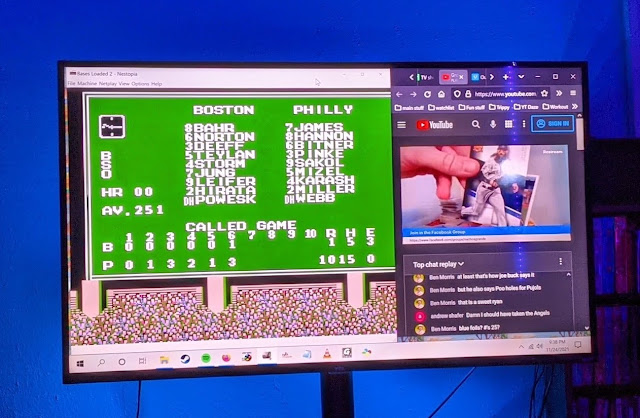 So I forgot to watch the break live, but checked out the recording later that evening while playing a game of Bases Loaded 2. Maybe it's a sign I should stay away from group breaks, because the computer team kicked my ass. The game was called by the mercy rule in the 6th with my Boston Blue Guys getting their butts handed to them by Philly. I don't lose to the computer very often, especially not in a blow out like that. Perhaps the break video distracted me, as shakey defense did me in. This was around the time in the break that another Cubs auto was pulled and I had seen enough.

But no, I did just fine in the break. Some nice inserts and several PC additions. No regrets. Chris did a great job running the break as always. I wouldn't rule out getting in on another break in the future, but don't plan to make it a frequent thing.

Speaking of 2021 Archives, I perked up when saw (via Dimebox Nick) that Dick Allen was included in the checklist this year-- his first time in the modern Archives (he was in '01 and '02 Archives, back when it was a "reprint" line). I think I'm going to work on a rainbow of his card, though probably won't pony up for anything too low-numbered (expensive). 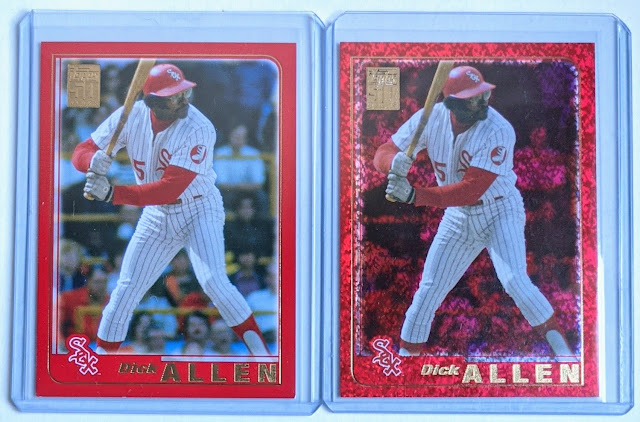 So far I've just got the red (/75) and red foil (/50). The pair looks great, borders matching the red White Sox unis of the time. I still need plenty more including the base, so if you've got any to trade, let me know.

Hoping for good news regarding Dick Allen's HOF candacy with an announcement due later today. Really hope his legacy gets honored with induction. But if not, well I guess the consolation for me is his card prices won't see the "HOF bump" and I'll be able to keep adding to the PC without an influx of HOF-centric collectors also after his cards!