My previous COMC order took about half a year to arrive, and so I stayed away from the site for a while after that. But as other collectors had been sharing stories of quicker turnaround times in recent weeks, I figured I'd make a return. I spent a few days picking up cards, then requested shipment on 11/7, and the cards were shipped by the end of the month (11/29). I figured I'd get ahead of the Black Friday orders, and from what I heard, the sale was disappointing this year so I didn't miss out on much.

I've got 3 or 4 posts to write covering the package from COMC, but for today, just a few cards featuring strong women. Most of these I picked up for my problematically-named "girlie card" minicollection. Maybe I should rechristen this minicollection of mine "Women on Cardboard"? In fact, yeah, I think with this post I'll retire the "girlie card" label I've used on the blog since 2013 (a vague Married With Children reference) and start using the label "Women on Cardboard" from here on out. You know, gotta get with the times. Like the Cleveland Guardians and whatnot. lol

Leading off is the most expensive card of the COMC shipment.. 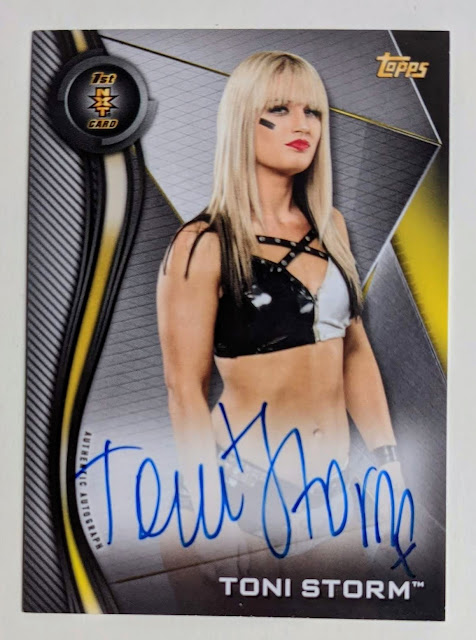 There are a few pro wrestlers I like to collect despite not actually watching any wrestling beyond a short clip online once in a blue moon. Toni Storm is the latest addition to the short list of wrestlers I collect. After a frustrating experience attempting to trade for an auto of hers, I said screw it and bought one. Turned out the best deal at the time on eBay was a COMC listing, which along with a couple other cards in the same boat inspired me to do an order on the COMC site again to save a little money. But yeah, I thought this one looked pretty cool and I liked that the signature was on-card. And it's an earlier "1st Bowman"-equivalent one; she doesn't look much like that anymore these days. 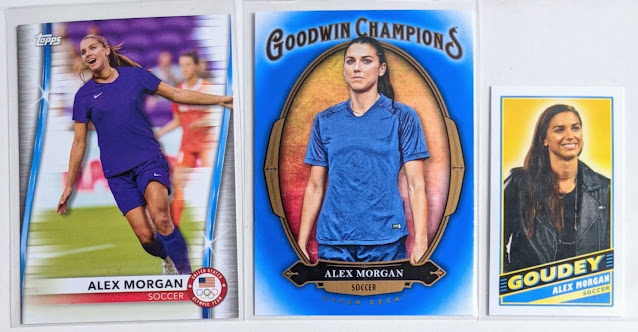 My interest in soccer doesn't move the needle at all, but Alex Morgan always seemed pretty cool. Figured I'd pick up some representative cards of hers for my collection. 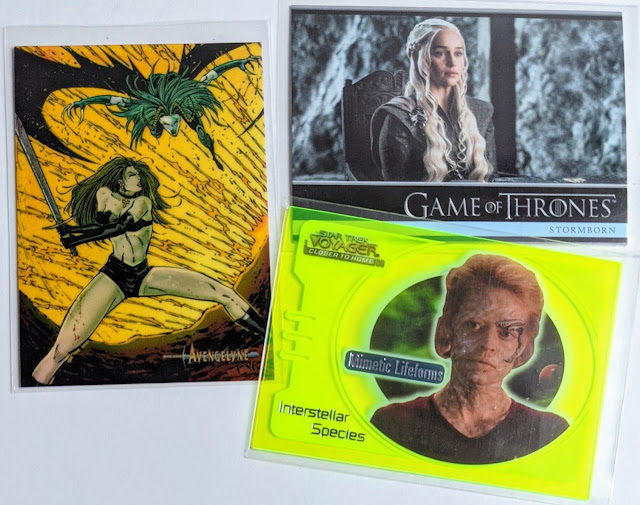 Daenerys Targaryen there is my first Game of Thrones card, I'm pretty sure, despite loving the show (hell, I'm even in the minority who really liked the last season and final episode). Emilia Clarke autos are still pretty pricey, but this cheap base card will do for now.
The other 2 cards were picked up for my glow-in-the-dark minicollection. Welp, I took a chance on the card labeled "1999 Skybox Star Trek Voyager: Closer to Home - Interstellar Species Glow - Green"... but, sad trombone, it doesn't glow in the dark. Still kinda neat; purposely askew here to show its translucence. Denied entry into my Girlie Card Women on Cardboard collection, so it's available for trade. (Jeri Ryan without all the crap glued to her face? Then it'd be a keeper.)

The other card is a glowing insert from a set for an Image comic book called Avengelyne. I try to at least be a "type collector" when it comes to glow-in-the-dark cards, rather than super-collect them. I know I'll never be able to get every glowing card, but at least one card from each particular release of glowing cards is a more reasonable goal. And I didn't have any of those Avengelyne cards yet. This was the coolest looking of the 2 or 3 that COMC had available. 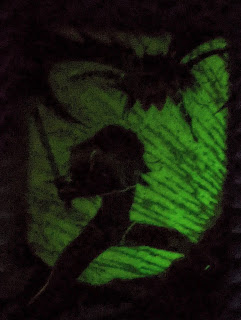 That'll wrap up this post. Have a great weekend, everybody.