Dave Stieb 2004 Topps Retired refractor.. from a while back

Captain Ahab: The Story of Dave Stieb is a new 4-part documentary up on YouTube. Oh man.. So, so good. I knew of Dave Stieb as arguably the best pitcher of the 80s yet who often got short-changed, but the doc shines light on some incredible storylines that either slipped by most baseball fans or were quickly forgotten as the game of baseball rolled along. I don't watch much sports-related stuff on YouTube these days, and my attention span for "deep dives" makes it tough for me to stick with longer stuff like this, but this was right up my alley. It balanced stats and humanity of the game well, with countless fascinating coincidences and one-in-a-million outcomes peppering the path of Stieb's unlikely career.

There's heartbreak, with Stieb having some brutal hard-luck baseball moments, and not getting a whole lot of respect outside of Toronto despite modern stats showing he deserved better, particularly in regards to Cy Young voting. But by the end I was misting up a little with happy tears. It's just a great baseball story and well-told by the guys at Dorktown/Secret Base.

But dang it.. I, too, am guilty of slighting Dave Stieb.

Over the history of this blog, it's been my M.O. to do a post featuring any new 2004 Topps Retired refractor auto as I get them. They've been my top collecting goal of the past several years, so it's always a big deal for me to knock another name off the list (Currently down to just Trammell). But back in September of 2016 when I harpooned "Captain Ahab" here... welp, that happened to arrive just as a big COMC delivery was being parsed through, and left me with too many things to blog about and eventually refractor Dave just got filed away without ever getting the salute on the blog he was due. 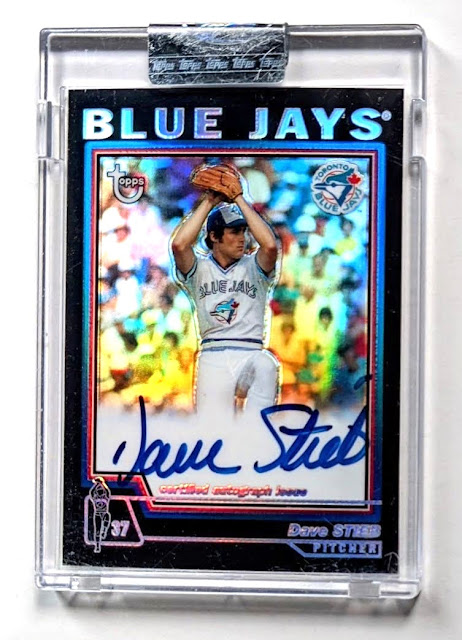 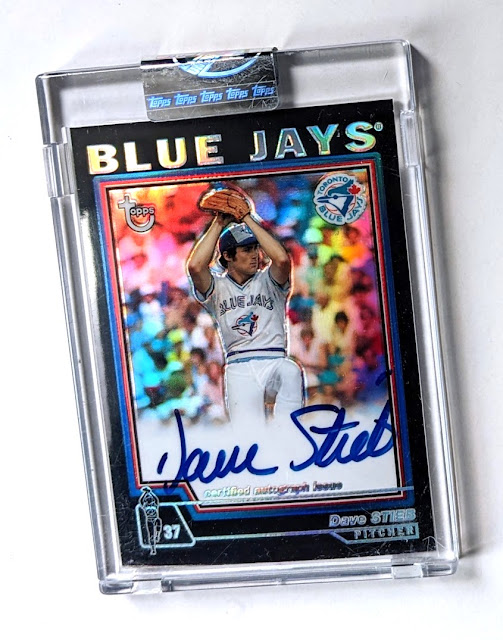 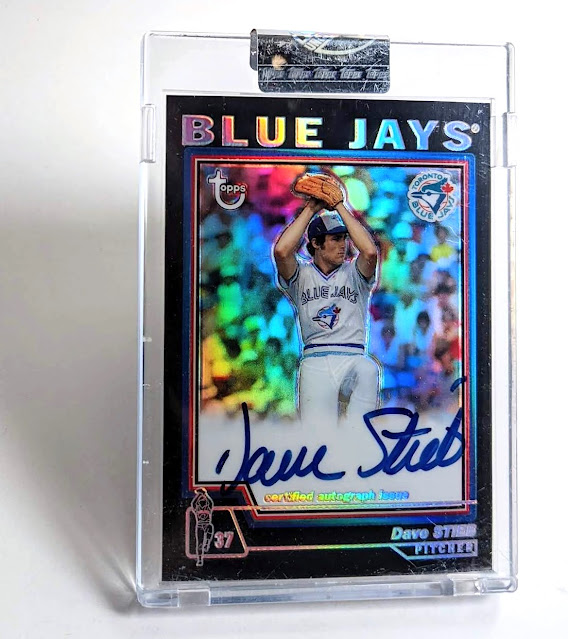 A beauty, no doubt. Early, pre-stache photos on the front and back. 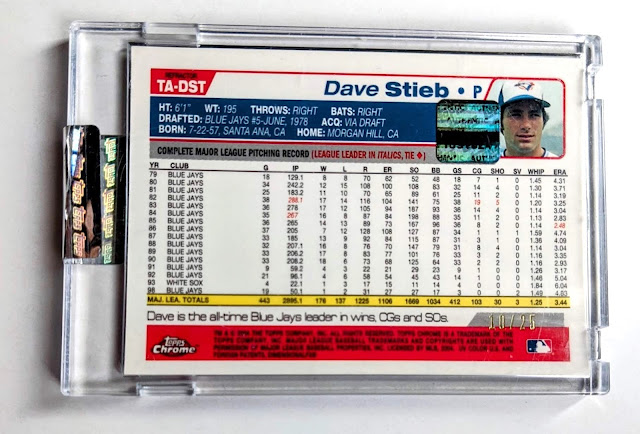 While the doc may have helped push Stieb's name back into baseball nerd conversations, doesn't look like his hobby love has seen much of a bump. But perhaps the members of the Hall of Fame's Modern Baseball committee will catch the doc and help atone for the sins of baseball writers past by at least giving him a closer look and seeing the story beyond what the back of a baseball card can tell you, and who knows, maybe they'll even let Dave slip into Cooperstown along with should-be-shoo-ins Lou Whitaker and Bobby Grich. But I hate getting too hung up on tired HOF debates. Bottom line is I'd recommend any baseball fan check out the documentary if you're into that sort of thing.