I don't think I've ever gotten around to featuring it on the blog before, but here's the crown jewel of my childhood collection, a 1969 Topps Reggie Jackson rookie card. 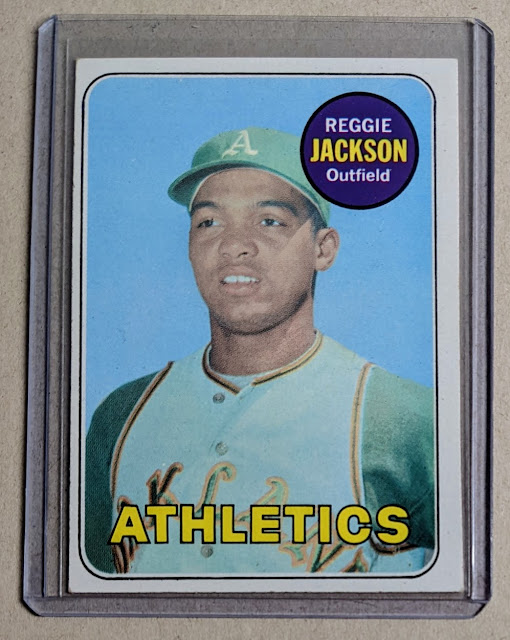 Pulls to the left, but otherwise cherry all the way. 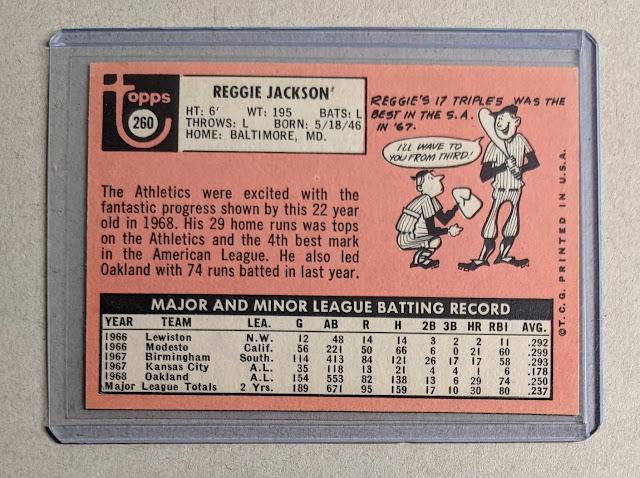 Clean back.
This was my no-doubt "best card" since the day I got it circa 1992 until returning to the hobby as an adult a couple decades later and ponying up for the likes of a vintage Mantle or two, then later falling into the trap of certified autographs.
Over the years I've forgotten what exactly the sticker price my local card shop, PB's Baseball Cards, was asking, but needless to say it was a lot. Nevertheless I somehow eventually talked my mom into buying it for me with an agreement in place. Again, I don't recall the details, but I was doing extra chores for months and likely had my allowance garnished for a long while till I balanced the books on that deal.
I was bummed years later when in the eBay era this card could be had for a fraction of what it cost me as a kid. But in hindsight, I probably shouldn't regret it too much. I had a fine relationship with the shop owner, Paul, and was lucky to have a solid card shop just about a 5-minute walk from home where I could grab the latest Beckett and a couple packs of whatever set was calling to me when I had money burning a hole in my pocket. Glad I could help keep him around! The shop closed down not long after I stopped collecting; coincidence?! lol 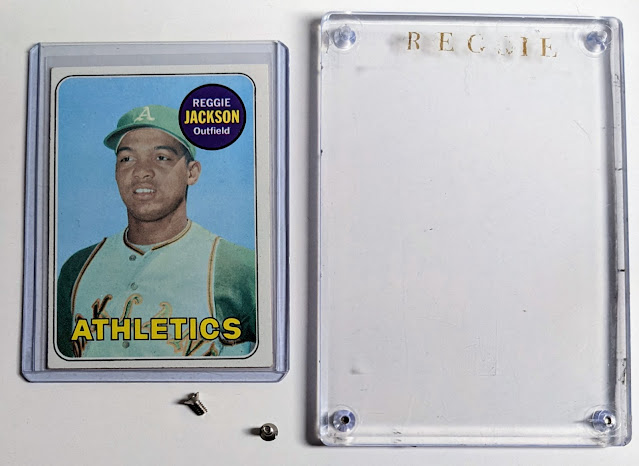 For the longest time, I had Reggie slabbed for safety in this screwdown complete with rub-on lettering by yours truly, but I've heard this style is bad because there's no indentation for the card so it ends up getting squished over time. If the card gets too flattened, it could go "out of spec" and grading companies don't like that. I've still yet to ever submit a card for grading, so it's not that big of deal to me, but figured I'd finally transfer Reggie to a top-loader anyways. It's not as fancy, but he's not being squeezed. Plus, the second G is now mostly scratched off the case, anyways, and I realize that I had it backwards (screw heads on the wrong side). 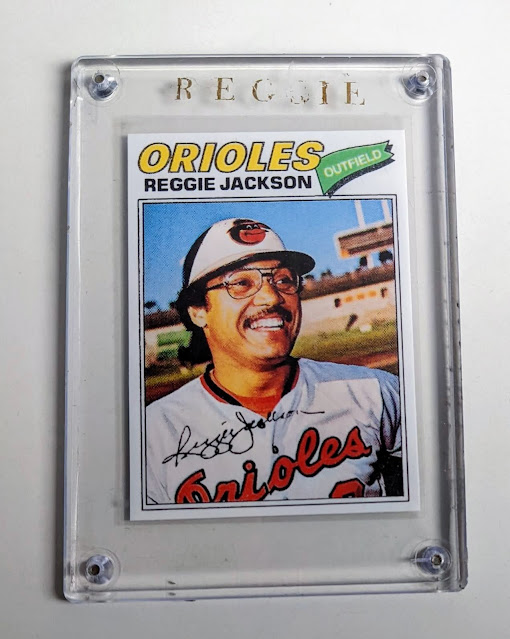 I threw a custom into my old "REGGIE" case since why not. Oriole Reggie always fascinates me.

That's it for this time.