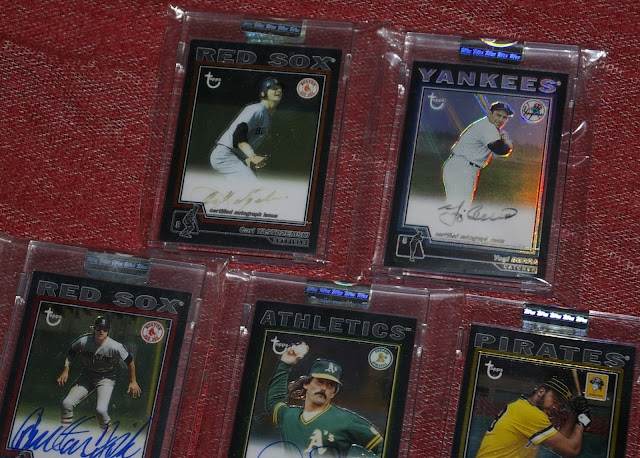 These days, my active baseball card collecting is focused squarely on 2004 Topps Retired Signature Edition, a relatively obscure "old timers" set I didn't even know about till a few months ago. In past posts, I've opined what draws me to the set, and well as shared cautionary tales about spending a lot on premium packs.

For better or worse, I'm pretty much "the 2004 Topps Retired guy" at this point. In fact, I found out the other day that if you Google "2004 Topps Retired" right now, my young blog here shows up in the top 10 search results.

But yeah, I feel like I'm in too deep to pull out now. Since my last post on the subject, I've crossed the 50% threshold on my financially-irresponsible collecting goal of owning every certified autograph card from the set.

In the past month or so, I've ponied up for a (faded signature) Yaz and a (faded signature) refractor Yogi, in addition to a few other lower-tier guys I needed. And sure, I'd prefer vibrant blue signatures over faded black ones, but hey, if it knocks the price down a bit, I'm ok with it. I'm stoked to have the autograph of these 2 legends, even if not as visually impressive as they should rightfully be. 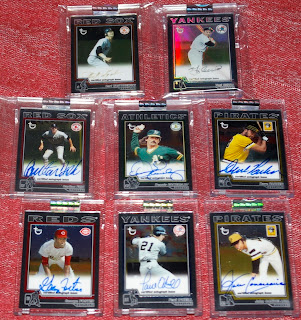 That gives me 43 down, with 33 still to go. (and no, I am not going after the ugly Willie Mays co-signers. Screw that! ..Though, if you've got one to part with, feel free to let me know. lol)

Red = Need it
Green = Got it
Orange = I got 2 of it (my orange for your red trade offers welcomed!)

I'm also (less-obsessively) trying to obtain the (non-auto) base set.
Here's what I still need: (again, trade help would be great) 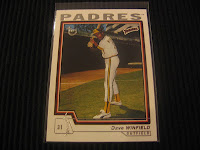 And I'm also much less obsessively collecting the 2003 Topps Retired set/autos as well (I've currently got 10 autos and 0 base cards).

I suppose this post is essentially my updated want list (see also the link on the right). As a new kid on the baseball card blog block, not to mention one with a narrow want list (I'm not really a team collector or a set collector), trading partners are hard to come by. I mean, I started this blog because I like writing/reading about baseball cards, not necessarily as a means to grow my collection, but it would be cool to swing some trades at some point, too.
Posted by defgav at 7:50 AM