This is the first installment of a series I just now thought of for a neat addition to the blog. Happy Card!™ posts will feature a selected card displaying a ballplayer with a big, heartwarming smile. I for one love those cards, and I don't think I'm alone in this. I'm sure lots of collectors peruse their cards and can't help but crack a grin when they come across a picture of a genuinely happy man enjoying life.

Here's a great example of the power of a Happy Card: 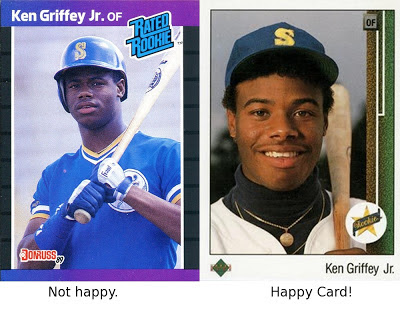 See? One of these cards is iconic, beloved, and valuable; the other, just blah.  It's no coincidence that the "good" card features a fresh-faced smile, while the guy in the "bad" card looks confused and irritated. (Don't even get me started on his 1989 Fleer card!) Sure, there are other factors in the Upper Deck card being more sought-after, but you gotta believe that winning smile plays a big part in the card's appeal.

Ok, with the introduction out of the way, let's move on to the main post. I suggest playing this YouTube clip as the soundtrack for your reading.


For our inaugural Happy Card subject (um, forget about Junior up there), I've chosen a very favorite card of mine. 1966 Topps #70 Carl Yastrzemski 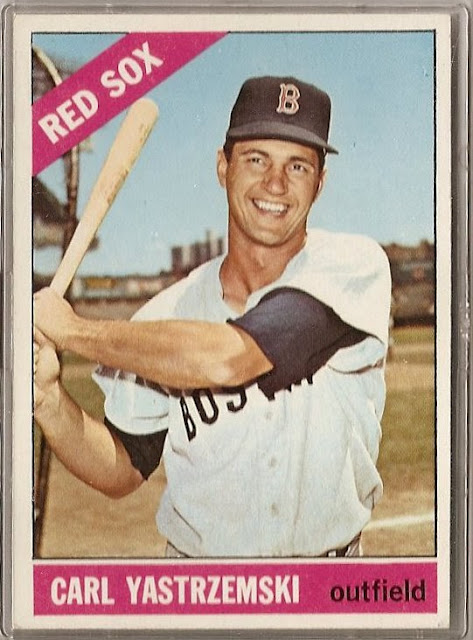 Hot damn! Have you ever seen a grown man display such unbridled joy anywhere, much less on a baseball card?

The year 1966 brought us happy songs such as "Good Vibrations" and "Yellow Submarine" on the radio. Happy TV viewers enjoyed watching the debuts of Star Trek and Adam West as Batman.

And Topps gave this happy little treasure to the world. Here's Yaz taking a healthy swing on a glorious midsummer morning (or thereabouts). You probably know about his career, so I don't need to type up several paragraphs riffling off stats and factoids. 1966 was smack dab in the middle of his prime years. The following year he would achieve likely his most notable feat, winning the triple crown. His Red Sox would win the pennant that year, too. His incredible HOF career stretched 23 years (with a whopping 18 All-Star selections), all with Boston. 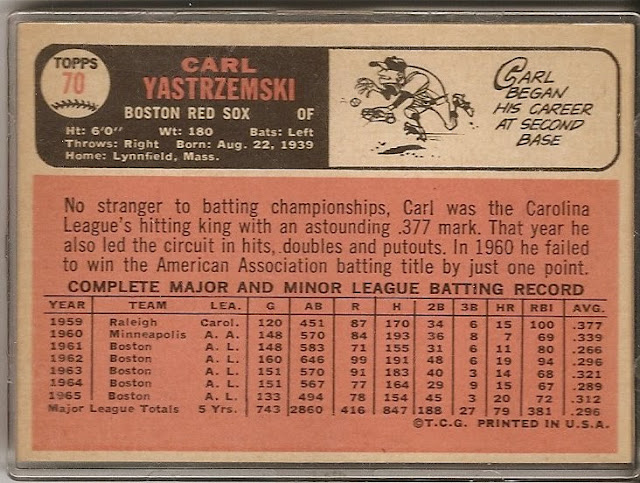 Don't quote me on it, but I think Yaz might hold the record for most Topps cards issued during a career (well, in the pre-parallel age, at least). And the vast majority of them feature a stoic, stern-faced warrior doing his damnedest to lead his team to victory. (Although the Sox of course were never able to win it all during his tenure, he batted a fierce .369 in the postseason.)

Here's a retrospective of his main Topps cards: 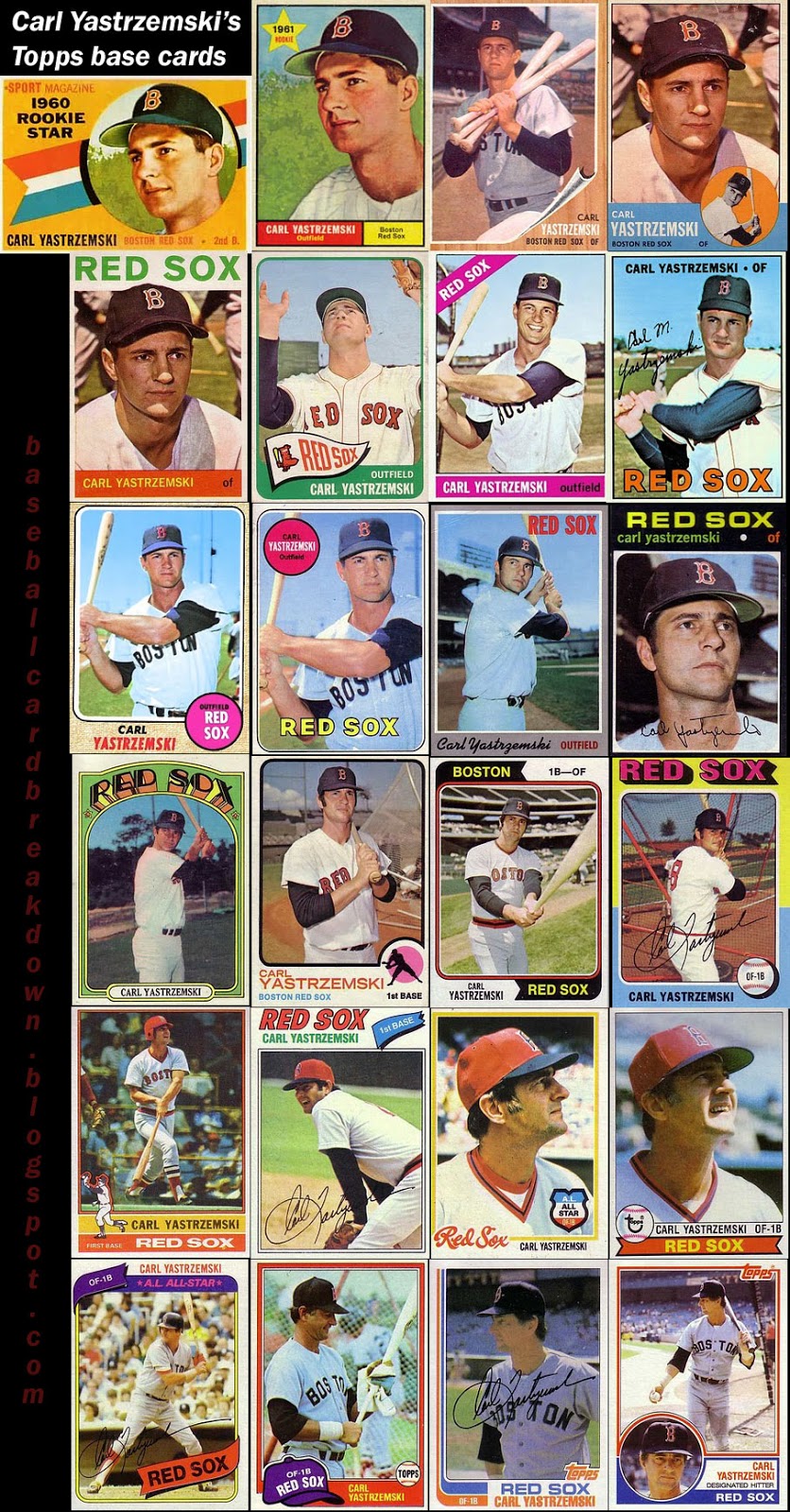 See? Besides the 1966 card, only in his '81 card (and maybe his painted rookie picture) does he seem to be enjoying himself at all.

But for one year, at least, Carl Yastrzemski's card was happy as a hound dog in a whorehouse. And that picture, that card, will last for all eternity: A bright beacon of hope in uncertain times.

Let's enjoy it again, shall we?