I've been in my new house for over a month now. Making progress getting it how I like it, with little tweeks/improvements here and there, though my job and a hyper puppy cut down on the time/energy I've got available to really go to town. But the card room took a big step forward over the weekend. 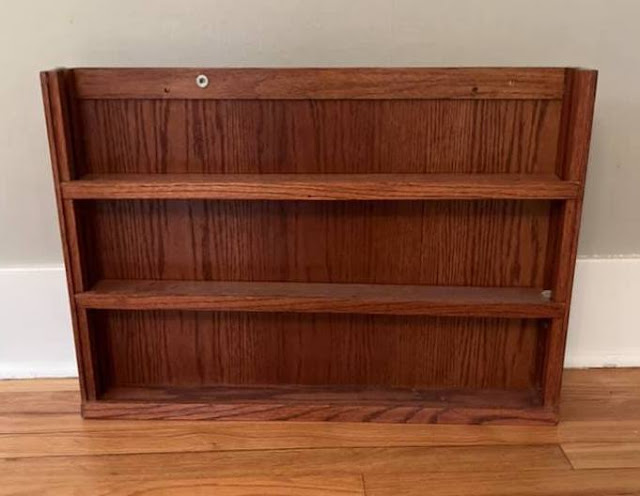 Scored a free spice rack / curio shelf from a local "buy nothing" Facebook group that was exactly what I had in mind for a little display shelf on the lone bare wall in my tiny card room. 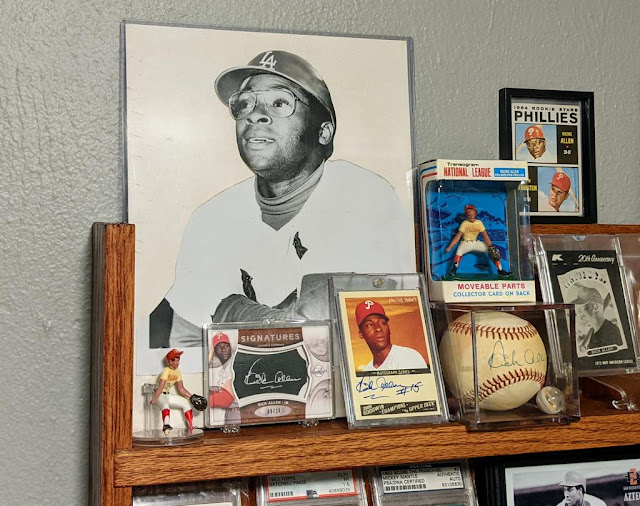 After mounting it up, the first order of business was putting together a Dick Allen corner. I've got a nice assortment of various goodies from him that I thought it would present nicely together. Others seem to agree, as I tweeted out this pic and it "went viral" by my standards with 100+ likes! 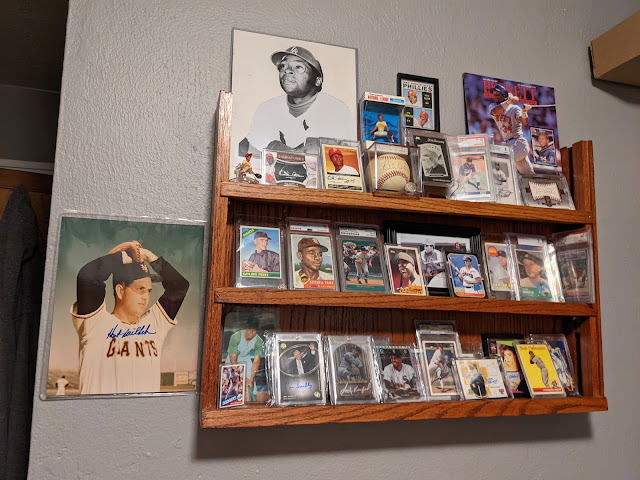 Here's a full view of how it stands at the moment. The other top corner features Kirby Puckett. Then the lower two shelves are just crammed with other favorite cards n' such thrown in there willy nilly as a "first draft"-- Much of these came from unpacking my evacuation keepers stash.
I'm thinking I'll probably overhaul it every few months, with new themes/cards. For instance, maybe a month or so with all my Ghostbusters autos on display, another month with Sandlot stuff, and another with my best MST3K stuff, and so on. Even though the area is free from direct sunlight, I don't want to put anything out on display indefinitely for fear it'll eventually start to fade. Plus I want to keep it in a state of where it'll make me smile everytime I look at it, without letting it get stale, and hopefully it'll help me appreciate my collection to its fullest, with various parts of my collection getting a chance to shine. So yeah, expect to see periodic cardroom display updates on the blog going forward! 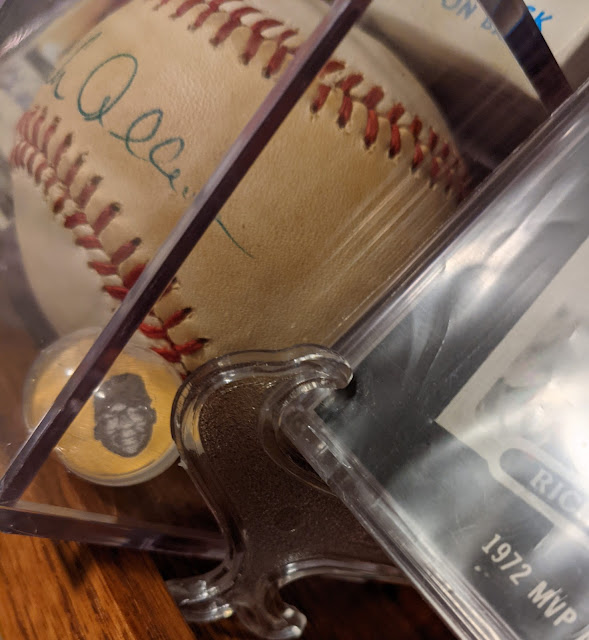 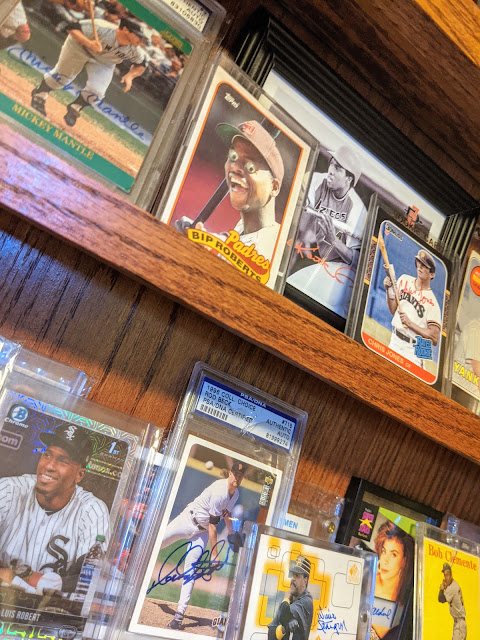