Sort of a random little post revisiting 3 cards and taking a look at 3 new additions. 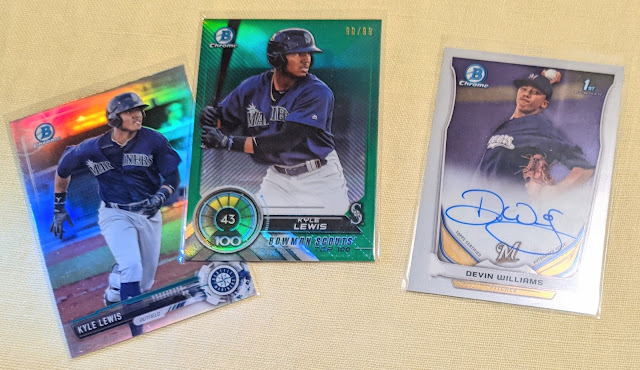 Despite my half-hearted attempt to rebrand myself as The Pre-Covid Collector, I find myself with nice cards of each of the recently announced 2020 Rookie of the Year winners. The pair of Kyle Lewis refractors were a surprise in a Zippy Zapping from a couple years ago. While I'm always happy to receive random shiny prospect cards, gotta admit at the time I didn't see him ending up as the unanimous AL ROY.. very nice surprise, indeed.
The Devin Williams auto was included in a lot of nine cheap Bowman autos I bought in 2014 during a combined shipping eBay spree with a few other items from one seller. The other 8 prospects in that auto lot have pretty much all faded away, but nice to see Devin break out with a dominant shortened season. I sure don't own many 1st Bowman autos of ROYs, so that's pretty cool, even if his card prices aren't too wild as a 26-year old relief pitcher. While it would have been nice for me to see Padre Jake Cronenworth take home the award in the NL, well, I don't own any of his cards, so screw him, lol. 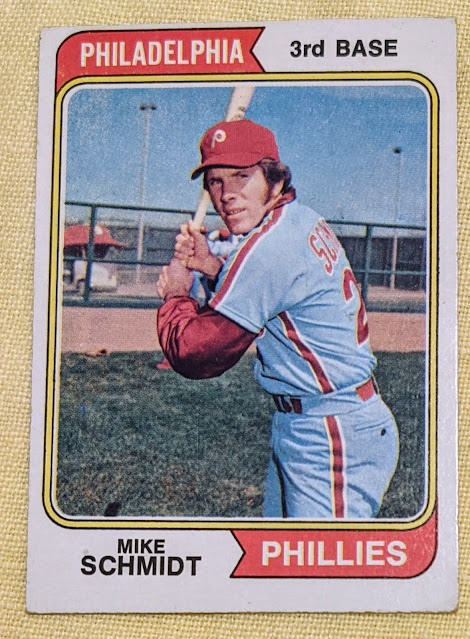 The Diamond King reached out to me shortly after I moved offering up this second-year Mike Schmidt card. Heck yeah! He seemed to indicate the condition left something to be desired, but no, it fits in perfectly with the rest of my 1974 Topps setbuild. There are a lot of '74s currently populating my Desperate Dozen sidebar wantlist as I make a push to close out this set sooner rather than later, and this is a big one to check off. Just 35 cards left to go. (Be sure to appreciate the bullpen cart in the background!) 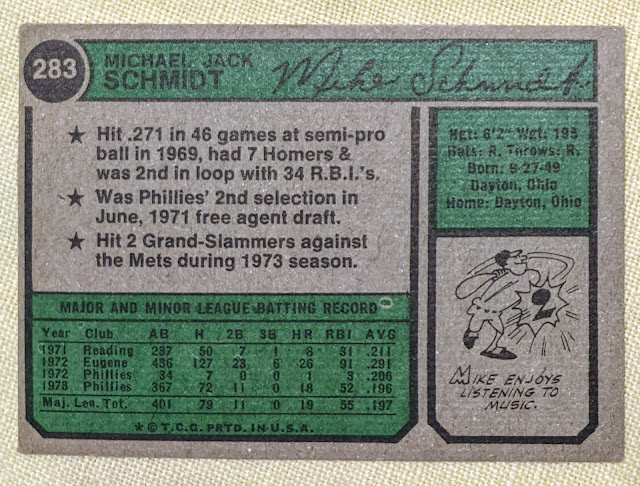 Michael Jack Schmidt had trouble making contact during his rookie campaign, so no ROY votes for him-- Gary Matthews of the Giants took it that year-- but he figured it out the next year and went on to become an all-time great.
Big thanks, DK! Glad you're feeling better now. I haven't had much luck finding cards on your wantlist, but hope to return the favor soon. 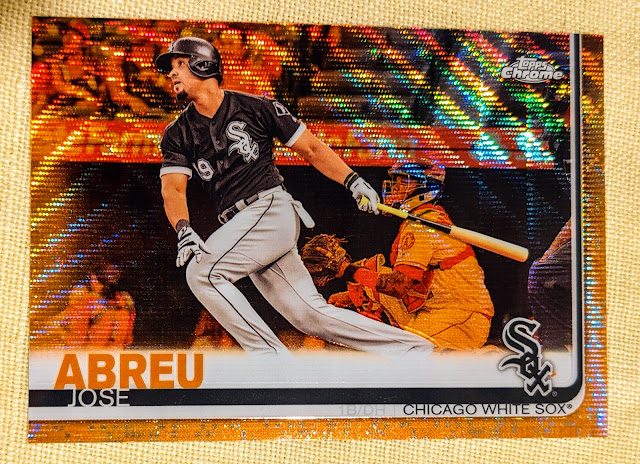 Here's a very shiny Jose Abreu card. He was an unanimous selection as AL ROY in 2014 and has been consistently solid since.
My favorite part about this sweet card... 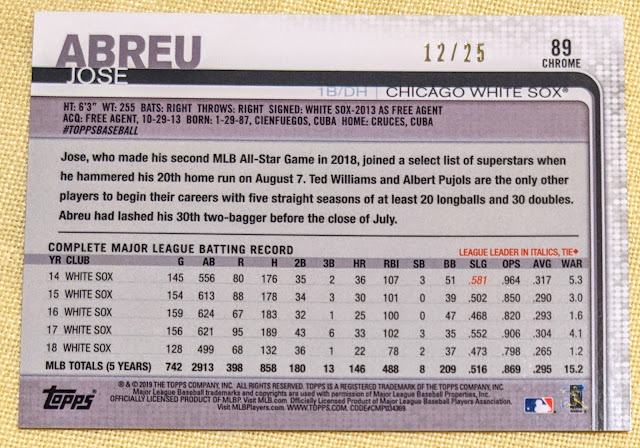 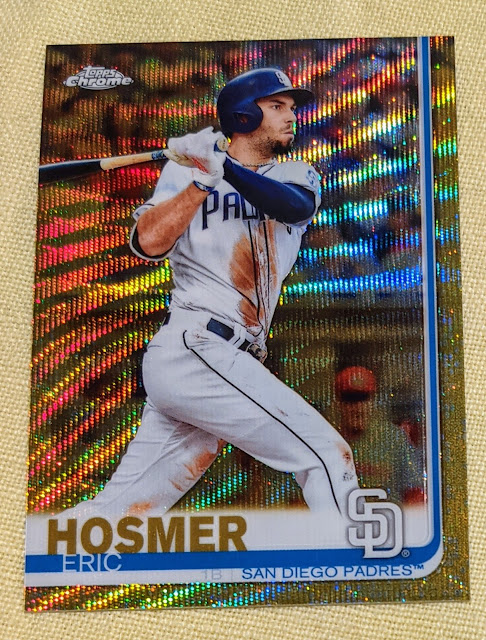 Featured here on another super shiny card from 2019, Eric Hosmer placed 3rd in AL ROY voting in 2011 behind Jeremy Hellickson and Mark Trumbo. 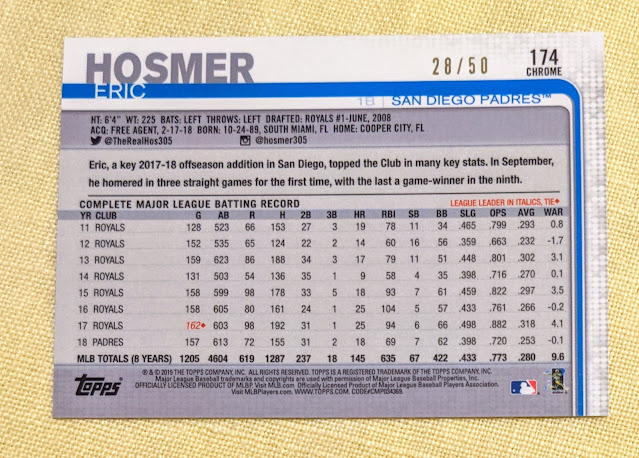 This gold wave refractor and the Abreu orange wave refractor were scored in an easy PWE purchase from @MashingDingers on Twitter. Took a while to find my mailbox, forwarded from my old address, but eventually showed up safe and sound. Thanks, Eric!

That's all for today. Thanks for stopping by.