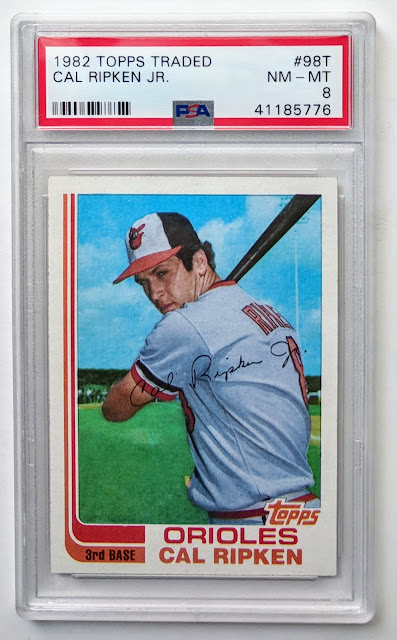 Here's a nice add for my collection: Cal Ripken Jr.'s top rookie (year) card! As a kid, my all-time best pull from a pack (circa 1991) was an '82 Topps Ripken RC that he shared with Bob Bonner and Jeff Schneider, and now many years later I've complemented that with his Traded counterpart. 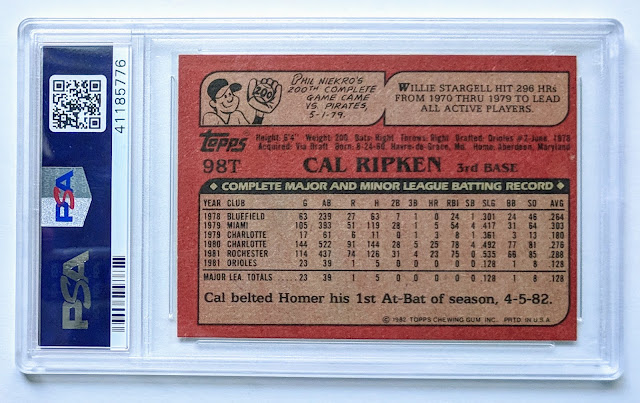 If I hypothetically had several copies of this card, I'd have one for the Iron Man PC, plus I'd throw copies into the Niekro and Stargell PCs for the heck of it (seeing as they're name-checked in the cartoon/trivia area). But since I've only got the one, it goes to the setbuild. 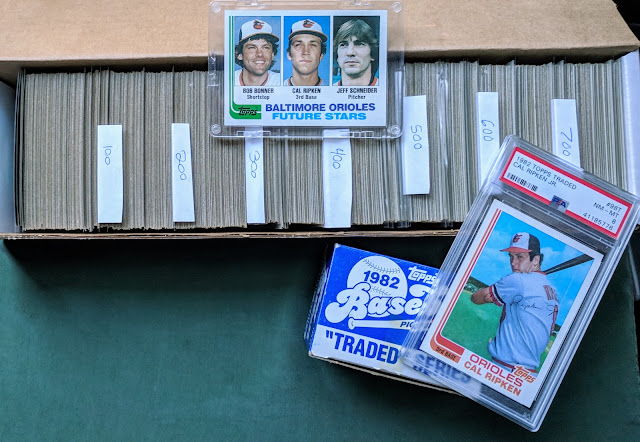 I completed 1982 Topps through trading last month. And not long after, picked up a 1982 Topps Traded "complete set; No Ripken" for less than a blaster at the last card show. So #98T here completes the mainstream '82 Topps run for me. Feels good!
Posted by defgav at 3:42 PM