I've been working on a post that's taking a while to finish (involves entering some of my PCs into TCDB), and it's been a while since I posted anything, so in the meantime here's a quick one with some recent additions to my Topps Retired collection. 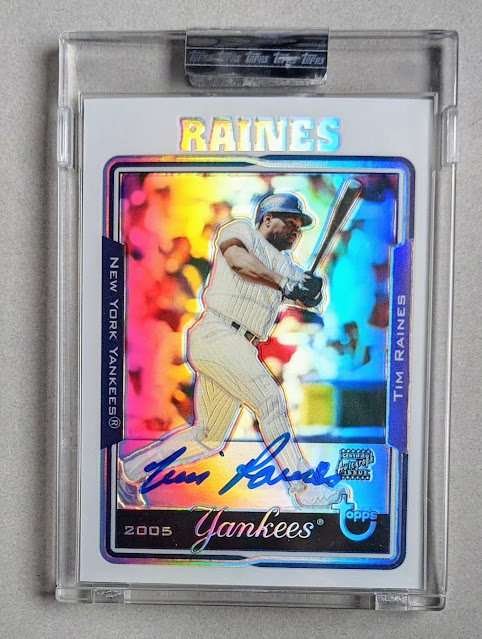 Super happy to snag this '05 Tim Raines at an underpriced buy-it-now. 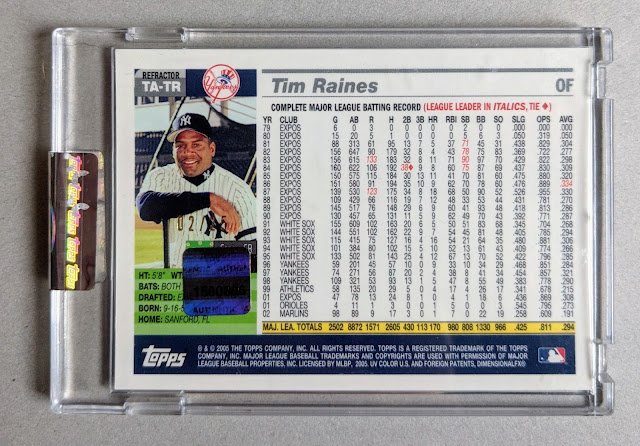 I'd probably prefer Rock pictured during his younger days as an All-Star in Montreal rather than his time as a role player on the dynasty Yankees, but it's still cool. I suppose part of the appeal of these Retired autos is they often go with an unexpected team, especially by 2005, the product's third and final iteration. He's pictured as an Expo in 2004 Retired, but didn't get an autograph that year.. and he wasn't in 2003 Retired at all (probably hadn't actually retired at the time that checklist was being built), so that's a wrap on Rock for me. This is my second auto of his; I've also got a Christmas Card (in a White Sox uniform). 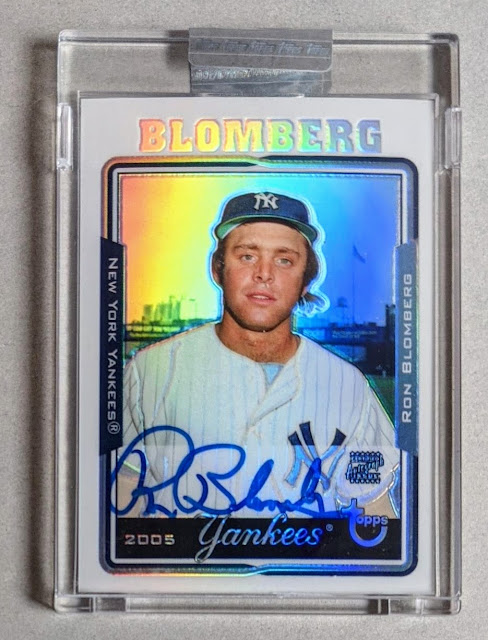 Ron Blomberg is a fun one, not really for the stats he put up in a relatively short career, but for being a notable figure in the game's history. 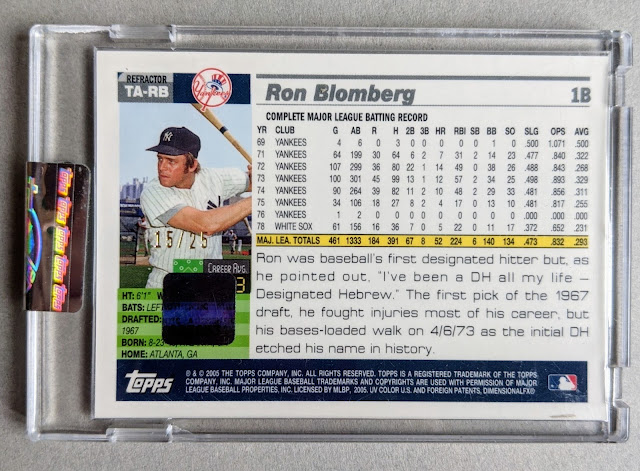 Next up, a card so nice, I bought it twice. 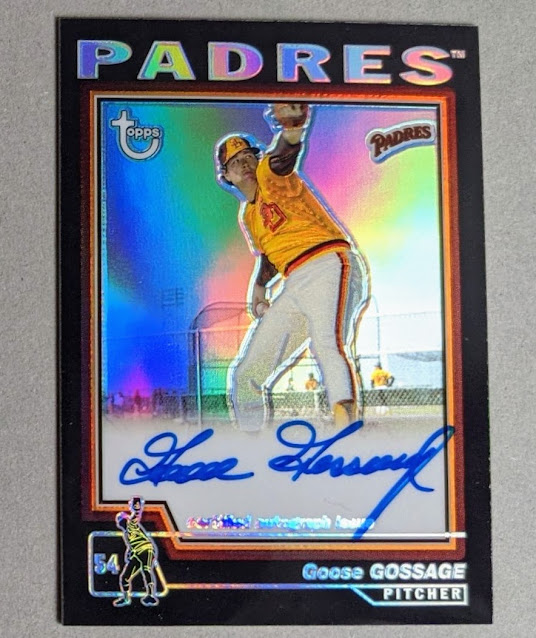 I already had Goose in my 2004 Retired refractor auto collection, but when this one popped up with a low opening bid, I went ahead and ended up winning it. Well hey, by virtue of being a Pad in the Hall, he's an upper tier PC guy for me, so figured I'd score a "dupe" for the player collection since the price was right. 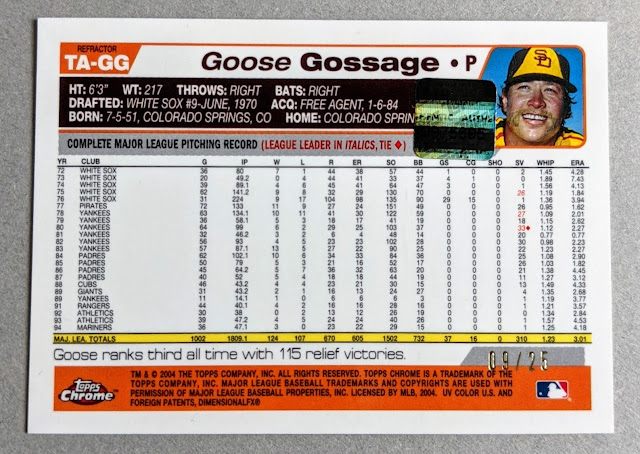 I recently completed a page of Gossage for my "Vagabond Binder" (one card per team), and that's another post on my to-do list.
Posted by defgav at 12:00 PM