Serial numbered cards have been a thing for a while now. Collectors typically don't care much about what number they get, but are more concerned by the total number produced. But some of us nuts actually think about the numbers and consider some better than others. What are the best numbered cards to own? Let's break it down: 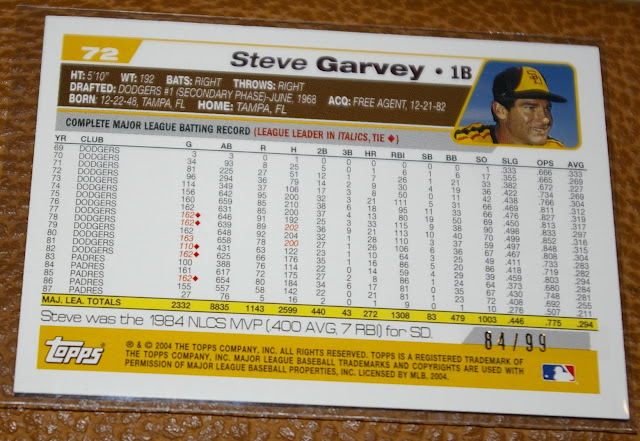 The "Christmas Card" and Other Holidays
A subset of special date serial numbers, any card numbered 12/25 is The Christmas Card, which is incredibly rare and ultra-mega-valuable to anyone with any trace of Christmas Spirit. (This additional value is gained each December, and gone again by the following January.)
I suppose there could theoretically also be a "Halloween Card" (10/31), but I don't think there are many serial numbered cards with a run of 31, which would seem to be a strange number to produce. Similarly, the "Love Card" (2/14) doesn't exist very often.
This doesn't work for all holidays, obviously. For instance, an "America! Card" (7/4) is impossible due to the laws of physics. Such a card exists only in the minds of our top theoretical scientists and philosophers.

Your Birthday
Ok, this might not be a big deal to anyone but you, but if you were born on November 30th, and you got a card of your favorite player serial numbered 11/30.. that would be cool as hell. Or if you were born in March of 1975 and got a card #'d 3/75 or 0003/1975.. something like that. Other dates that might mean something to you could be your anniversary or child's birthday.
Your Lucky Number
Another one that might be neat for you, but probably nobody else. Oh, I don't know.. if your lucky number is 72 and you got a card #'d 72, I could see how that'd be cool for you. And of course, it always stings a little when you pull a numbered card that's just barely off.. say, if you got a card #'d 73 when your lucky number is 72 and you curse the Gods for their cruel fates they befall upon you. You scour the globe trying to find the person who owns #72 so you can offer to trade them for your #73.

The Middle
We're looking at something like 250/500 or 50/100. There's something satisfying about getting the middle card of a numbered run. So snug and safe between the other cards.

The Final Card!
The last card of any limited serial number run is pretty sweet. 50/50 or 5000/5000.. neat to have in your collection. The end-all, be-all. They broke the mold after that guy you've got there in your hands.

The Worst Card?
Well, of course the worst numbered card to own is unlucky #13. Anyone owning a serial #'d card 13 is cursed to a life of constant tragedy and misfortune, only ceased by the peace of the grave*. If you have any serial #'d 13 cards, get rid of them right now! Even while I was in the middle of writing this, I took a break and walked my dog and she nearly almost got hit by a car-- not making this up!-- so let that be a lesson to you. (*note that this only applies to triskaidekaphobics.)
For you God-fearing folks out there, another serial number to avoid is 666, or 6/66, or even 1666/2000. A card such as this has essentially been touched by the hand of the devil. Owning one may make you susceptible to demonic influence. But the good news is you can trade it to a heavy metal fan and get a great deal in exchange, since hard-rocker types value evil cards quite highly.

Do you have any particular serial numbered card that you like for some numerological reason? Please post in the comments to let us know.
Posted by defgav at 7:48 AM