Declaring my tawdry intentions with 1971 Topps

A while back when I was trying to pick a vintage set to go after whole-assed, I narrowed it down between 1973 vs 1971. They both feature a stellar checklist of ballplayers, iconic designs, and a bunch of quirky action shots mixed in with typical posed photos. The black borders of 1971 sure are cool and the bonus headshot on the backs are nice, but in the end I had to go with 1973 thanks to the cartoons and full stats on the back, not to mention scoring sentimental bonus points as it was the first vintage set I ever owned a card from, landing the Pete Rose in a controversial middle school trade for Super Mario Bros 3.

As I creep toward the 2/3's complete mark with 1973, I still have an appreciation for 1971. When Robert at $30 a Week Habit offered up some rough-shape '71 cards to a good home, I was one of 2 readers to bite. Another reason I backed off from attempting to collect 1971 is I worried that the wear-vulnerable black borders would be too frustrating in putting together a decent-condition set.

Robert's generous offer helped me decide to put together a "condition insensitive" 1971 set. What a relief! No pressure trying to find NM high-numbers or whatever. Creases? Writing? Round corners? Paper loss? Hole punches? No problem! As long as at least 51% of the card is there, I'll count it. Not that I'm super picky with my 73 set-build, but with 71, anything goes. No particular intentions of upgrading later, either.

So, anybody with beat-up '71s haunting his trade/dupes box, please consider me a receptive dumping ground for them!

The set consists of 752 cards, with 644-752 being pesky high-numbers. I haven't typed up my haves/needs yet, but I think I'm somewhere around 200 cards deep, the vast majority of which are thanks to Robert's recent kindness (This is the 2nd time in as many months that Robert hooked me up with cards for nothing.. I'm putting together a PWE of cards from his Blue Jays wantlist to help return the favor a little bit.) 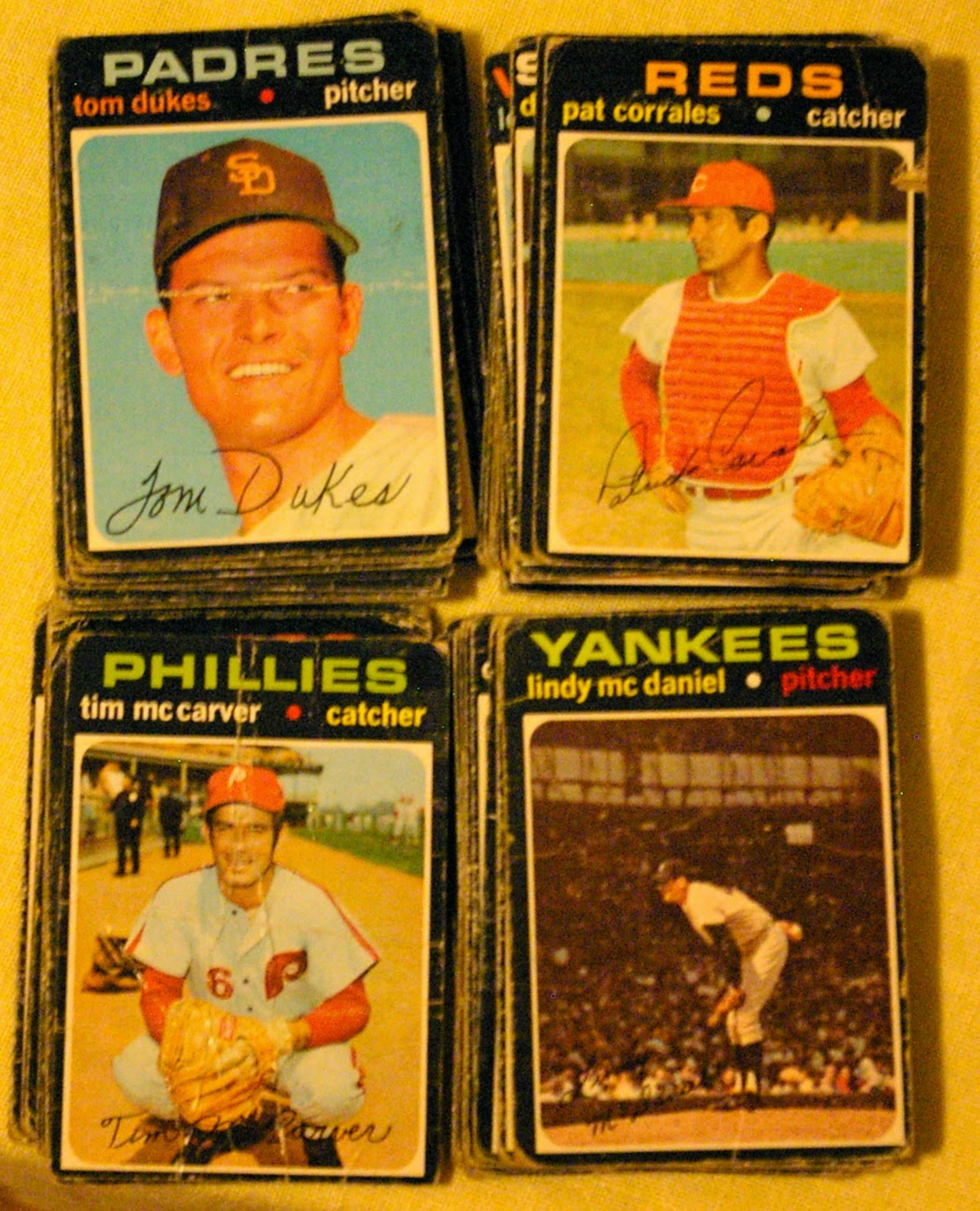 While it's not a top-tier goal of mine at the moment, I'll definitely be happy to receive any 71s in trades, regardless of condition, so let me know if you want to swing a deal.

Let's close this post back with 73 Topps. The Magnificent Mr. Hoyle was accounted for in my mega mailday with a PWE containing 7 Tigers for my 73 set, plus a Dick Williams I needed for my PC, his 1972 Topps. 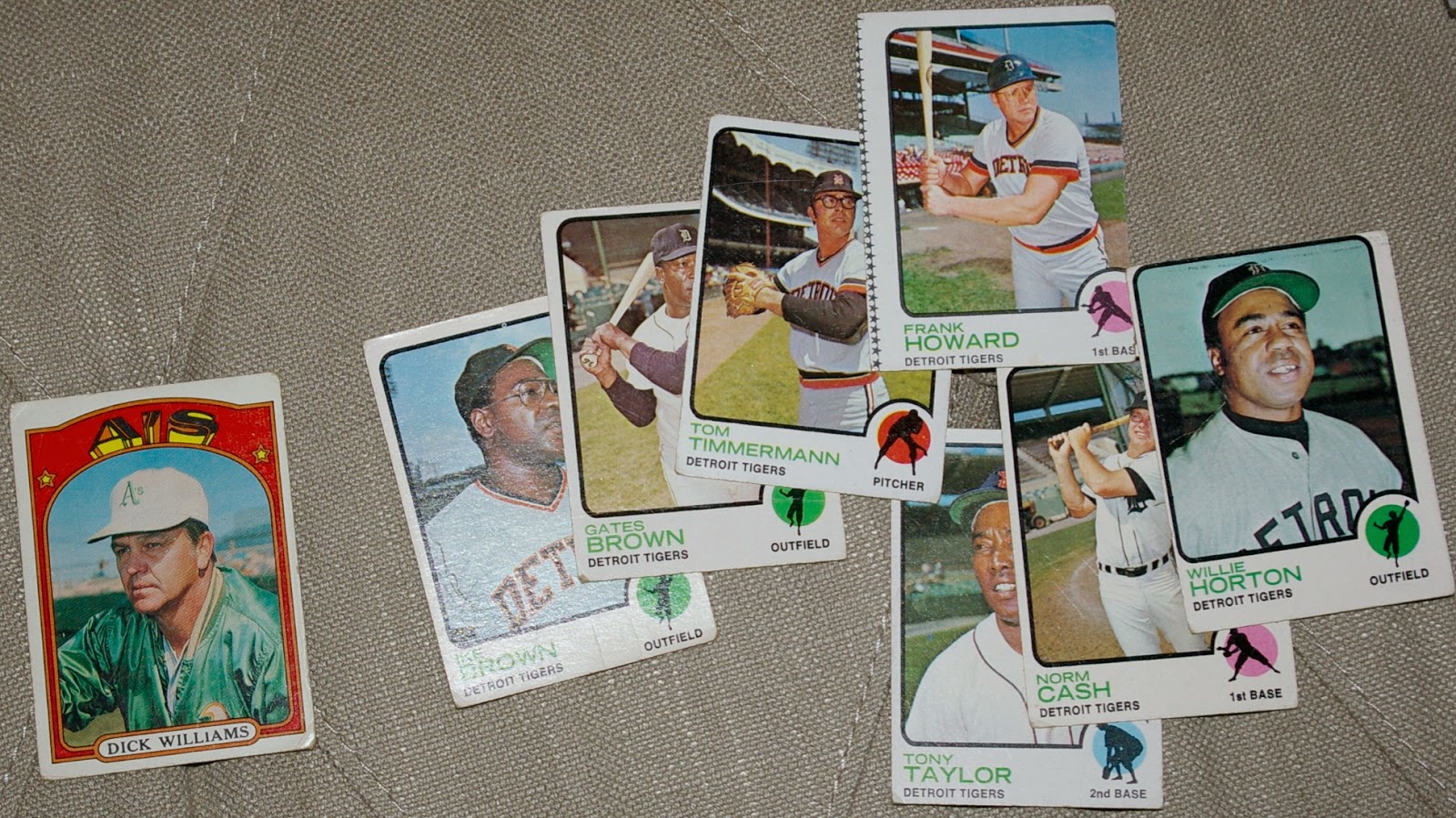 Not bad. The next 73-PWE (if I may be so presumptuous) should take me over 60% complete. Thanks a bunch, Mark. I'll tally you up some extra entries in my big contest, plus try to get you some Red Sox in the mail before long.
Posted by defgav at 3:34 PM