This fourth and final installment finds the 6 remaining energy packets in the foul clutches of Jabba the Hutt in his palace on the desert planet Tatooine.

A mysterious cloaked figure and his droid demand an audience with Jabba. 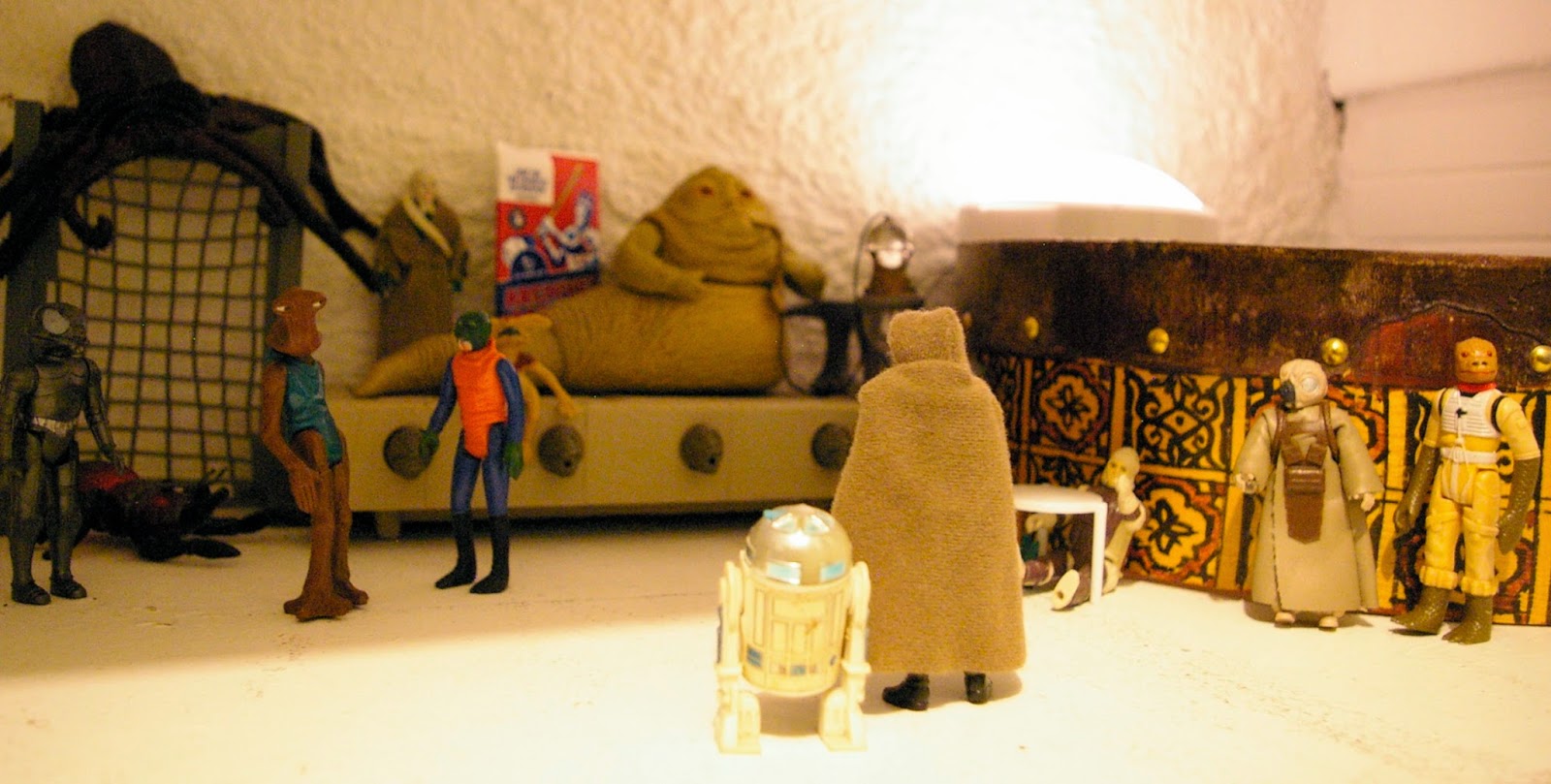 "I am Luke Skywalker, Jedi Knight. Give me the energy packets, Jabba, or die." 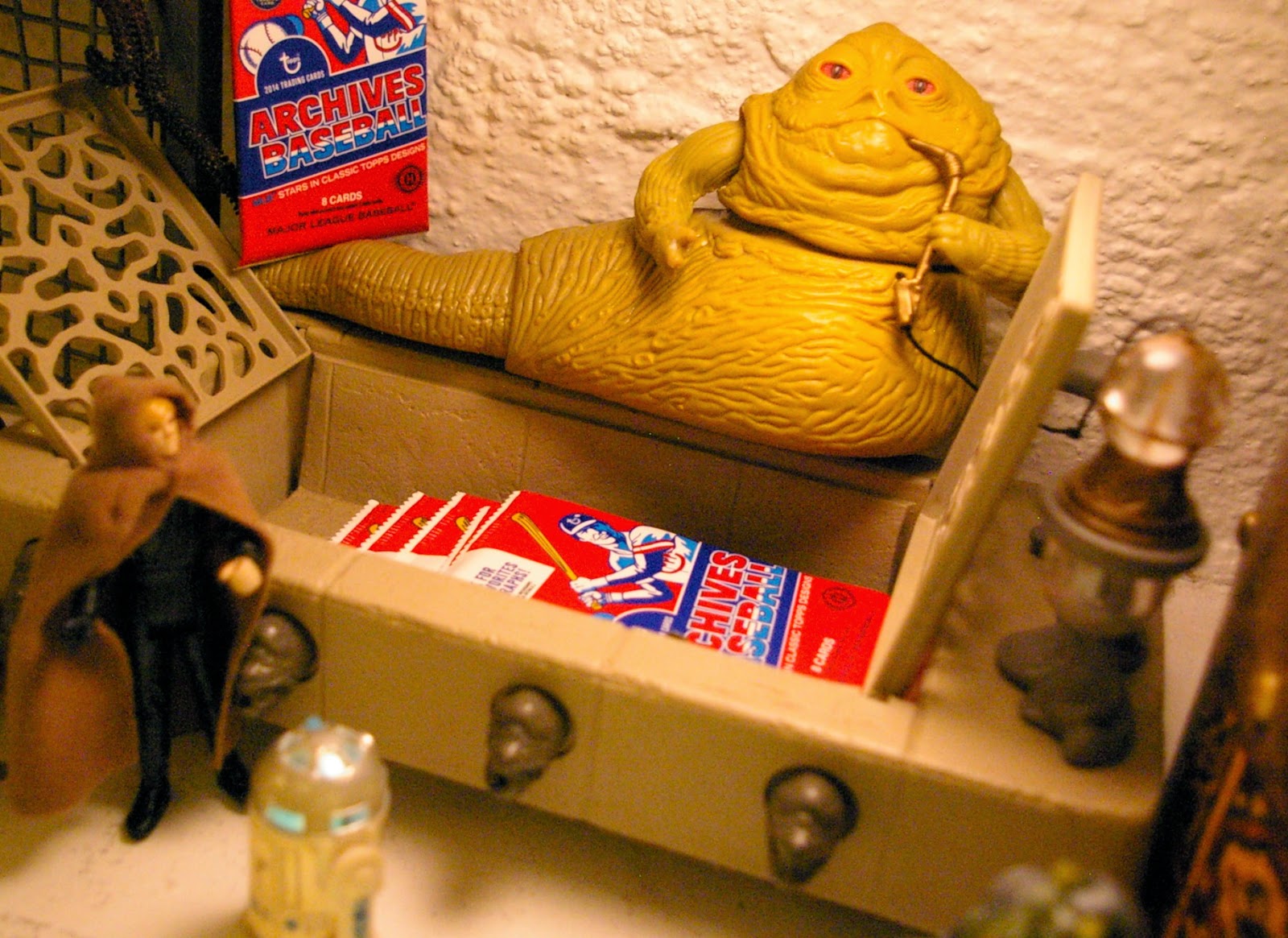 Without warning, Jabba unleashes a pack against Luke. 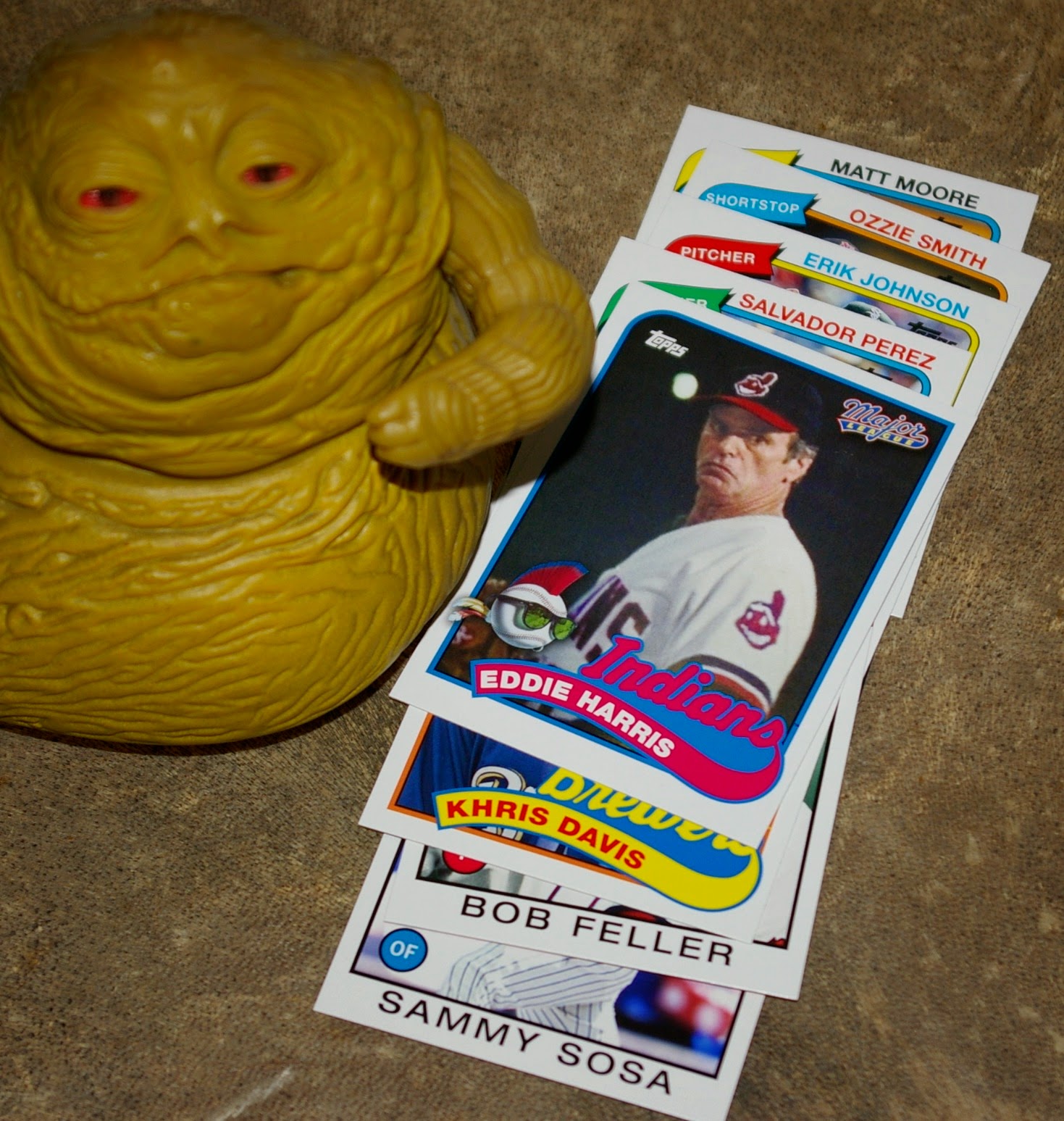 It's a decent strike featuring a Major League insert.

Luke uses the force to summon a pack, and frees its contents. 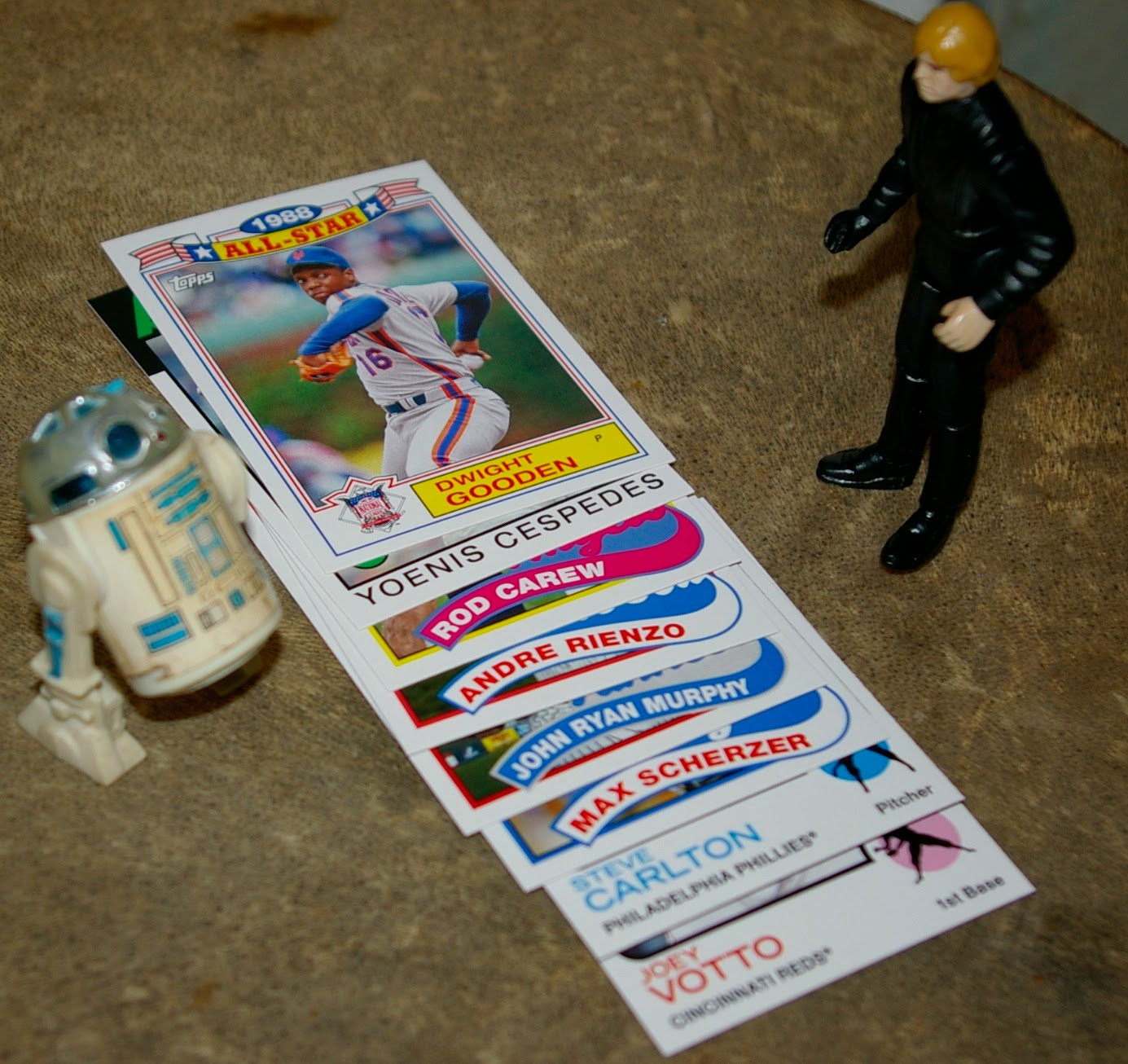 Luke defends himself with a Dwight Gooden All-Star among others. The battle ends in a toss-up, but R2-D2 squirts some oil in Jabba's face, and he and Luke make a daring escape with the few remaining packets.

After finding Obi-Wan, Luke asks about the true nature of the packets. 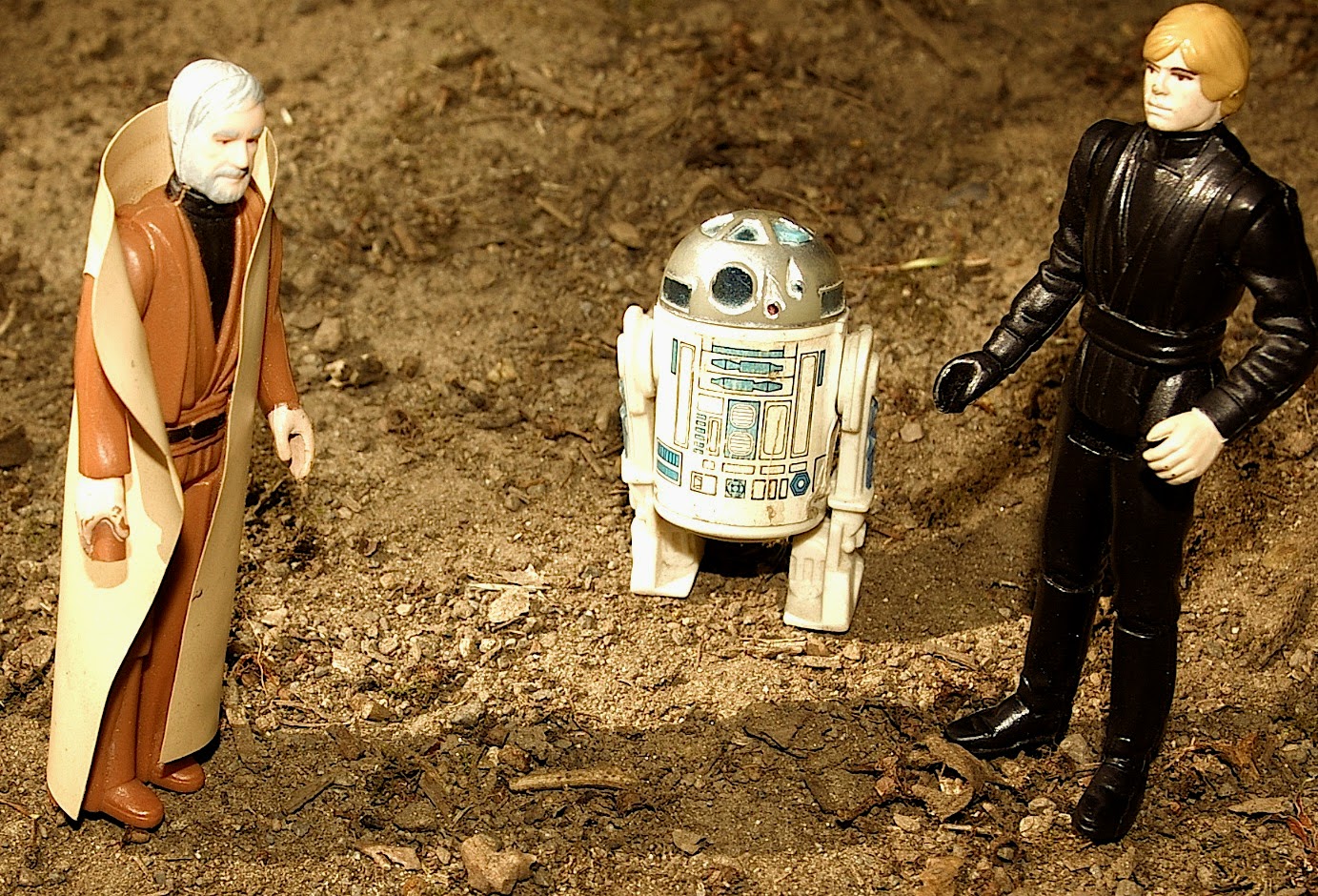 "These are packs of baseball cards," Obi-Wan explains. "A long time from now in a galaxy far, far away, certain people buy, sell, and trade these objects as if they were some sort of crude currency. They each compile their own unique collections, much like Jawas and their womp rat farms."

Obi-Wan is suddenly interrupted by Cobra! 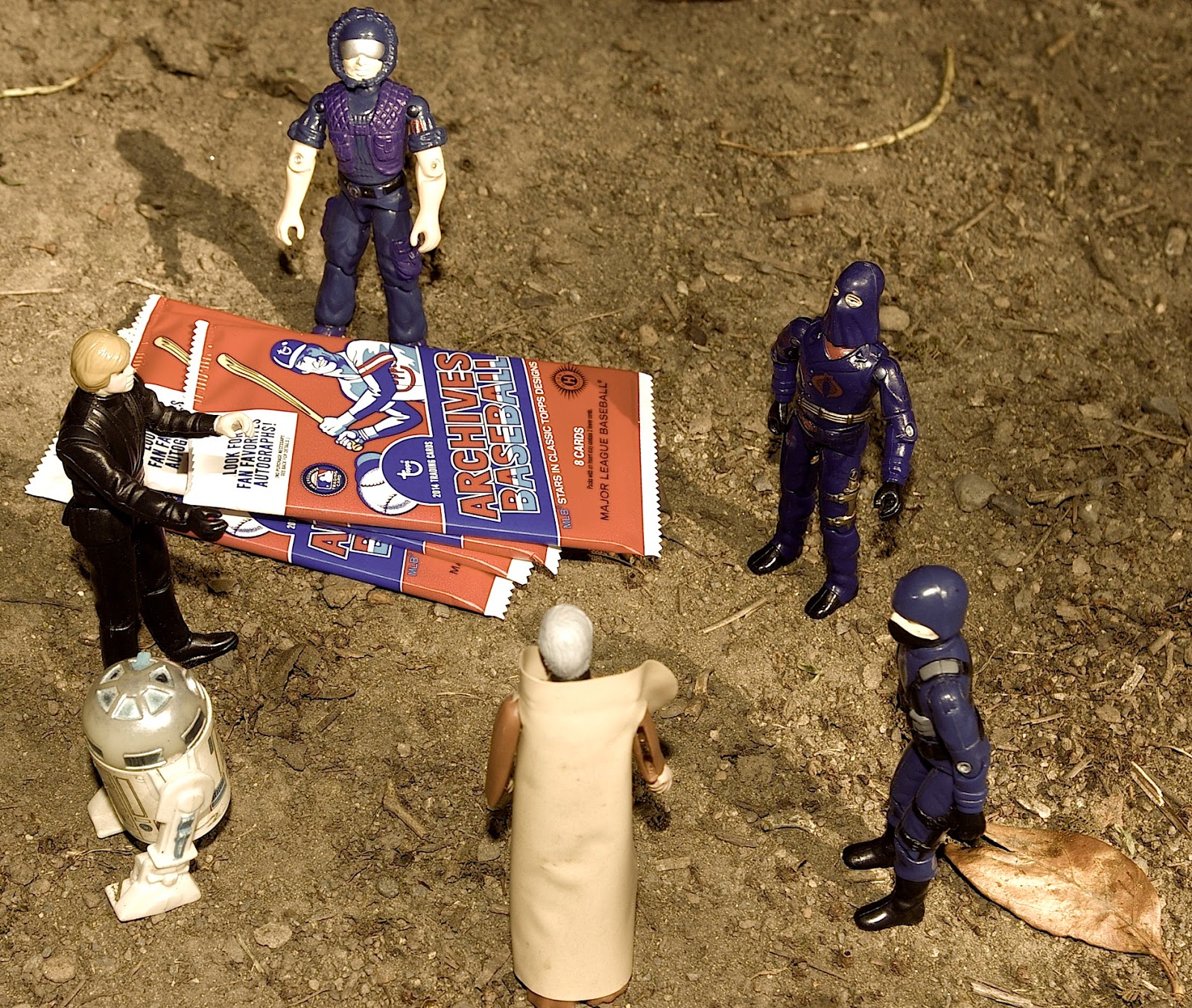 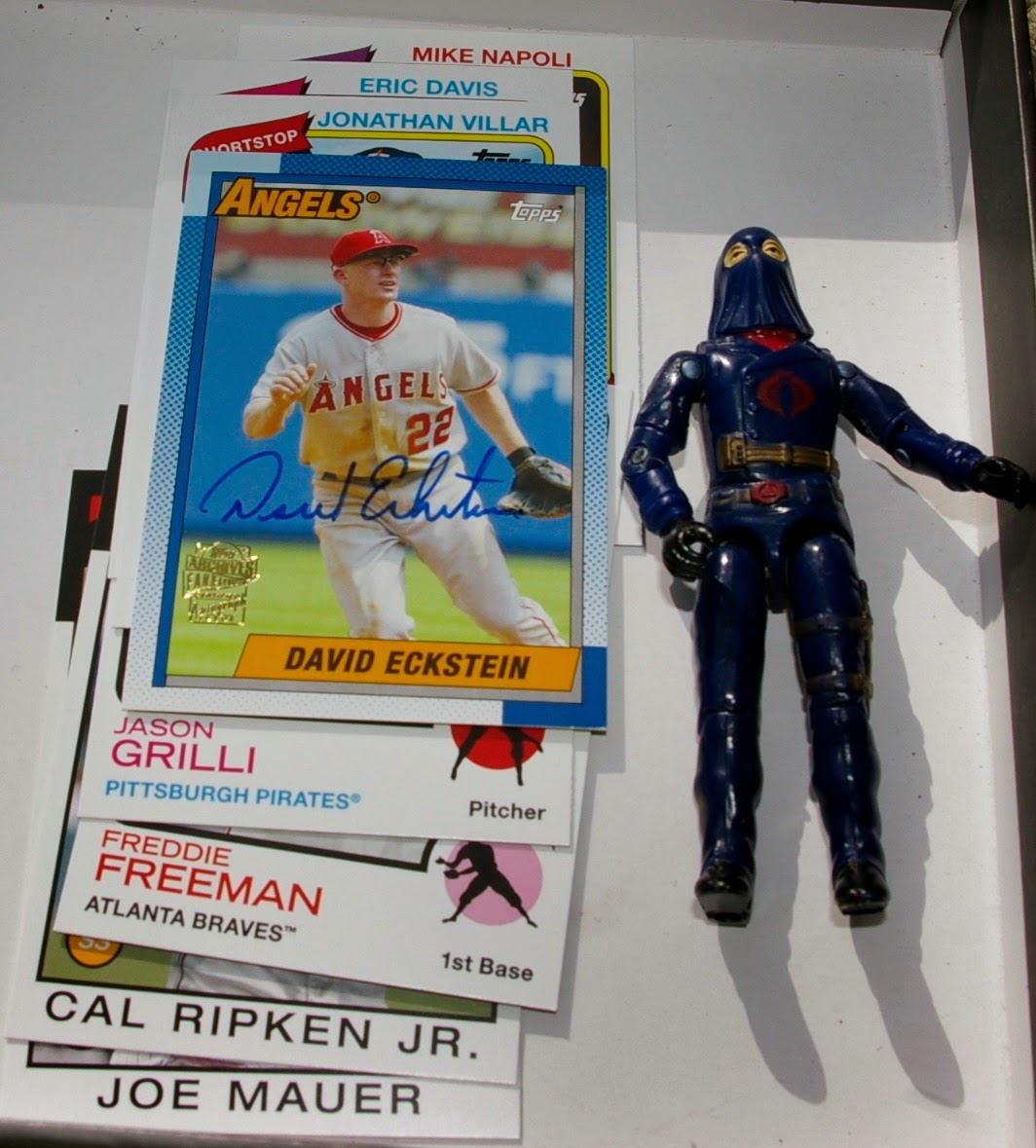 A David Eckstein auto doesn't exactly knock Kenobi on his ass, but it'll be hard to top. 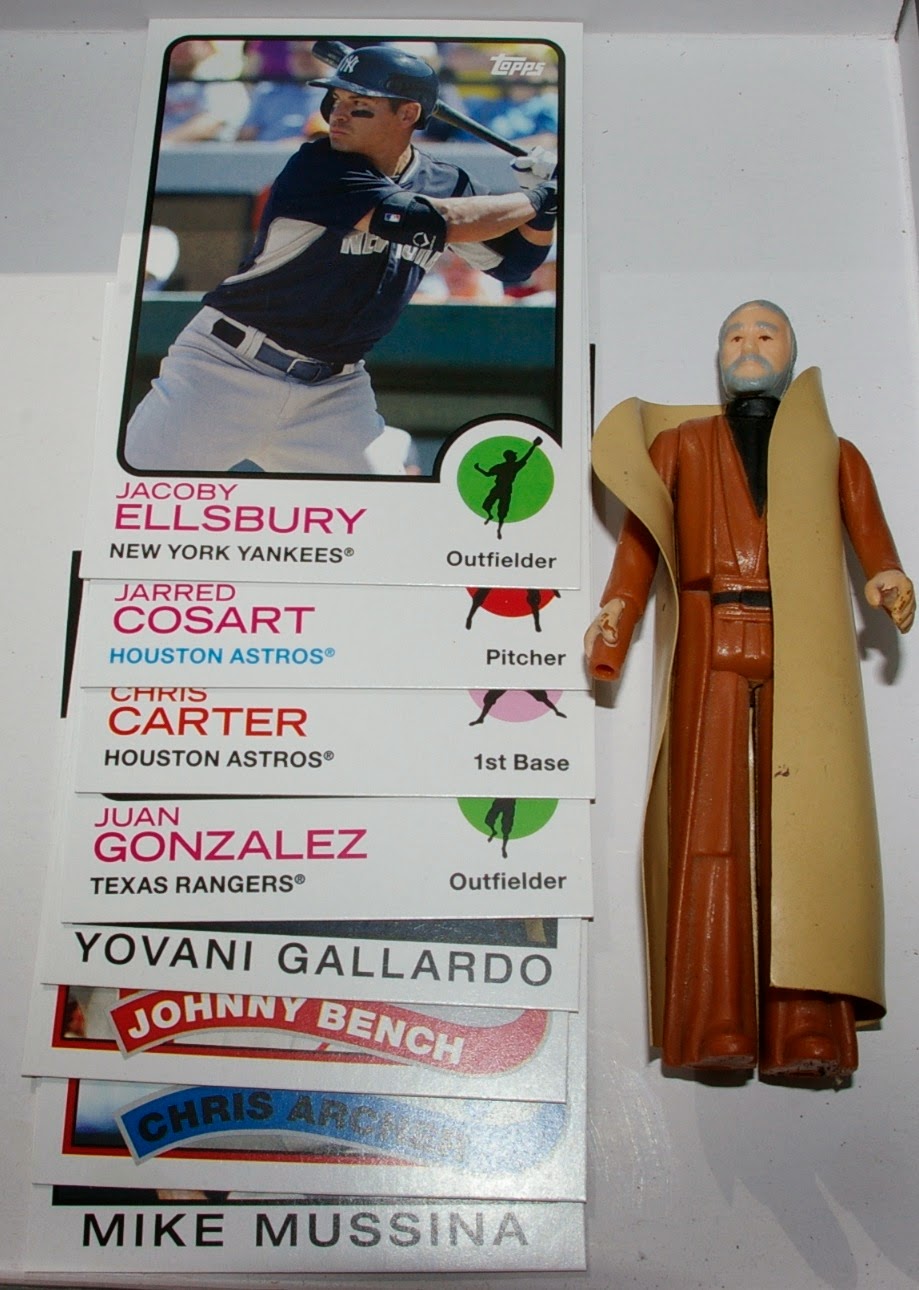 Knowing he's been beaten, Obi-Wan futilely defends himself with an Ellsbury SP and disappears into the force.

"BEN!!," cries Luke, falling to his knees in grief as Cobra absconds with the remaining two energy packets.

Cobra Commander knows the only thing stopping him from galactic domination now is the Empire. He travels to the Death Star and meets with the Emperor and Darth Vader. 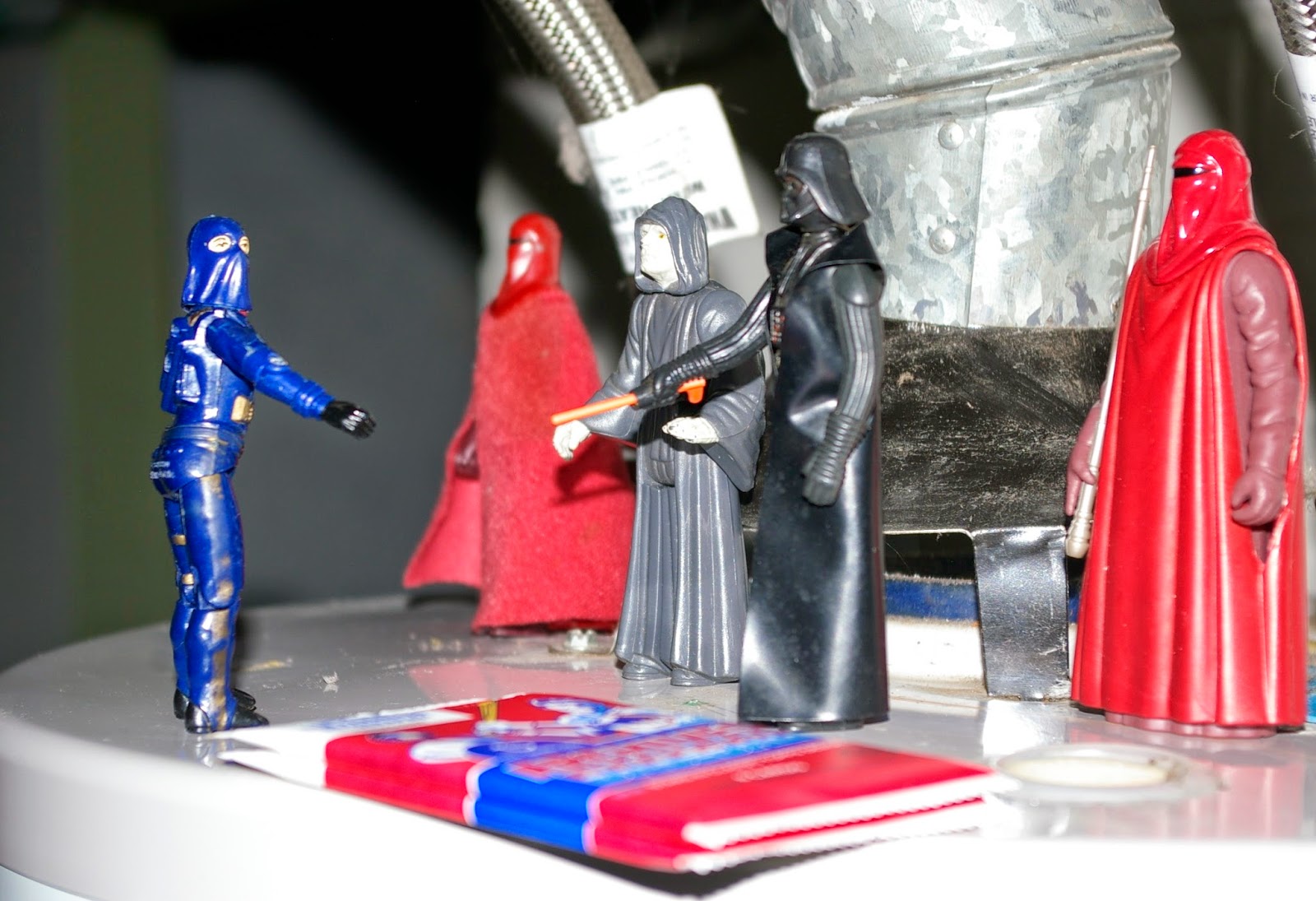 At first he acts like he wants to join the dark side of the force and rule side by side-- but being the sneaky snake he is, he grabs the first opportunity to attack with a packet. "SSSSSUCK IT!" 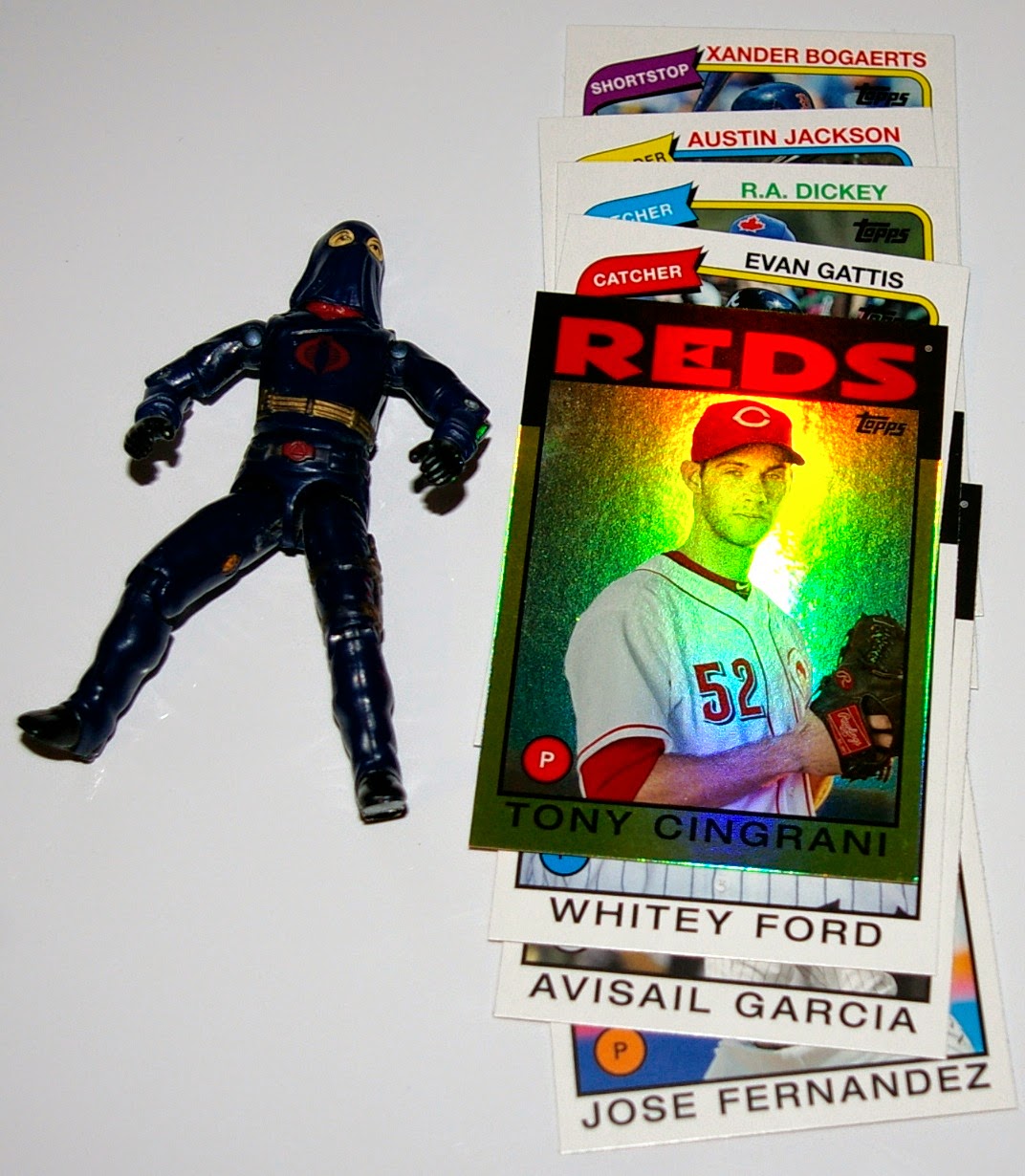 A /199 refractor of some dude on the Reds weakens Darth and the Emperor.

But with their last bit of strength, they call upon the final energy packet to defeat Cobra Commander. 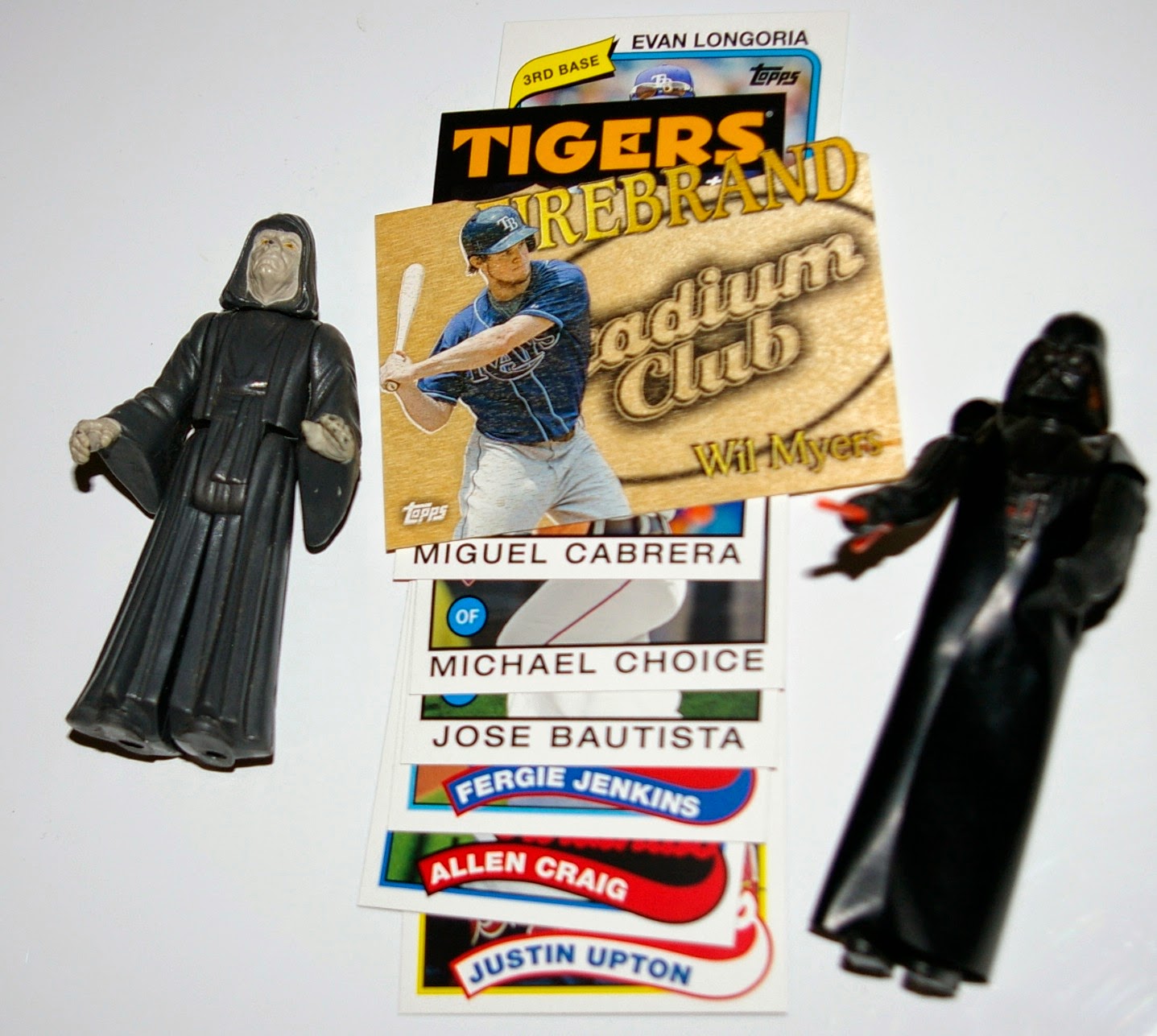 The refraction of the Reds dude against a wooden Firebrand card of Wil Myers ignites and causes the Death Star to catch fire! The fire quickly spreads to the main power source, and soon warning sirens call for immediate evacuation. But it's too late. The end is near.

Only now seeing the error of their ways here in these final moments, Cobra and the Siths put aside their differences and share a tearful last embrace.