Two Terrific Trade Times Thanks To Tony, Then Tom (There's Two TTMs, Too)

..Sorry, I was going for the record of longest blog title using only T-words.

Got some neat trade packages in the past week or so. Let's take a look at what I got!

Tony L. sent me a sweet PWE which was way better than the few Brewers I sent him a week or two before, but he justified that by calling it a wedding present, which I will happily accept and say thank you from me and my bride (no, she doesn't really get baseball cards, but is cool with my hobby as long as I don't spend too much money on it.) 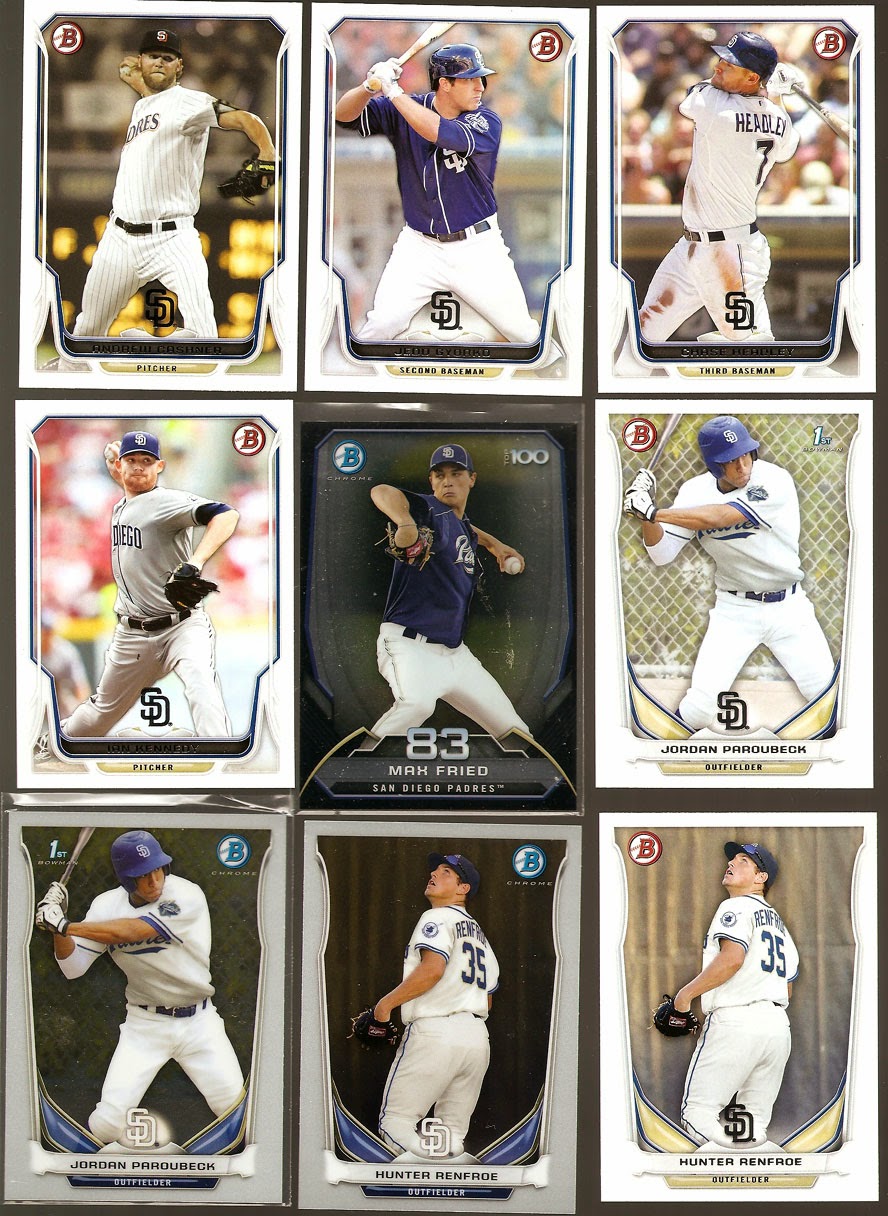 A fine selection of '14 Bowman Padres. Some nice cards here. But check this out: 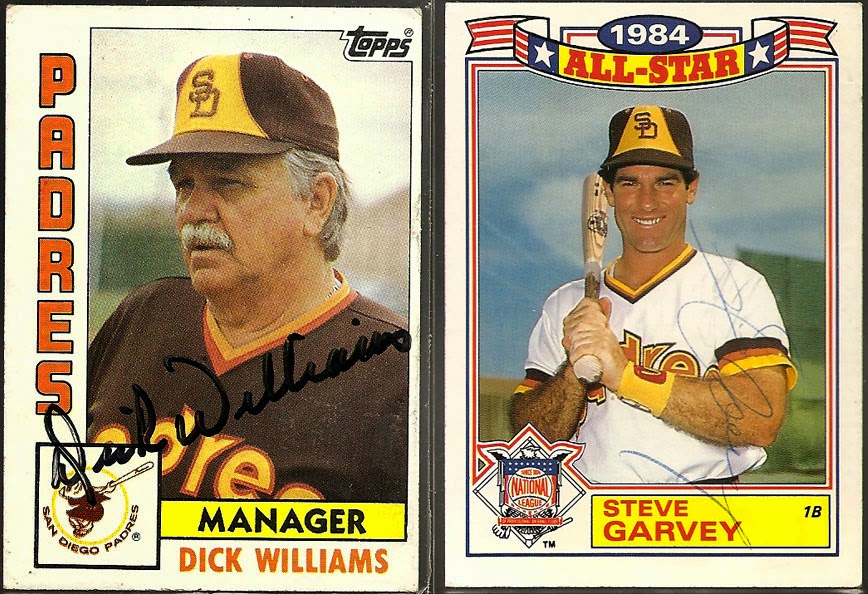 A couple of Tony's TTM successes from the 80s! Padre greats Dick Williams and Steve Garvey. Very nice! I showed off my Dick Williams PC recently, including a sweet A's auto, but it's great to have a Padrograph of him now, too. And this is my first-ever Garvey auto, so that's pretty cool, even with his ballpoint pen signature sort of lost in the mix.

P-town Tom sent me some cards because I named a raccoon he caught (Fergie), oh and also because I sent him a couple Cubs cards recently. 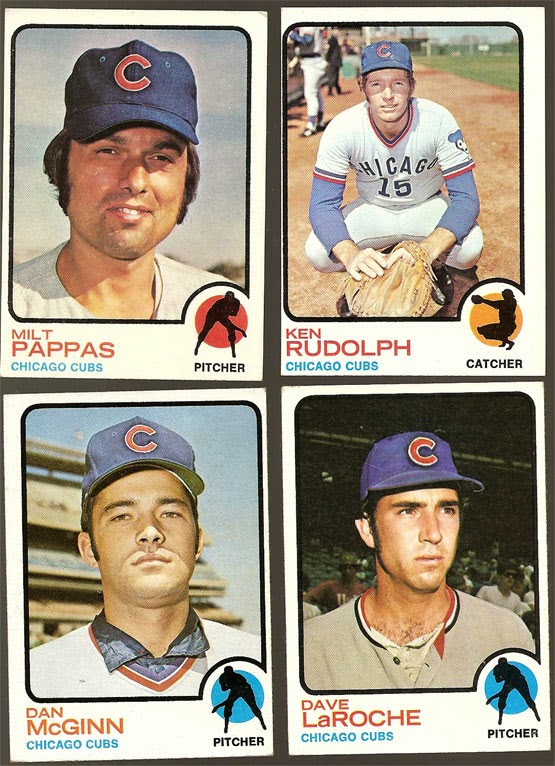 Looks like Tom had some 73 Cubs dupes. I'll happily give em a good home in my fledgling set-build. I also just got a few cheap singles from a Sportlots order. I haven't had a chance to update my 73 needslist with these acquisitions yet, but will get to it this weekend. I should be approaching 60% complete at this point; not bad. 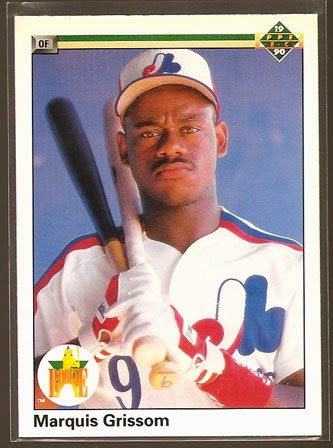 Yes, this is the actual card he sent, though I'm thinking I should start using a "stock" photo of this card to save time in the future. I also got a bunch more copies of this card in the aforementioned Sportlots order, but I'll save the update on that goal for another time.
More cards: 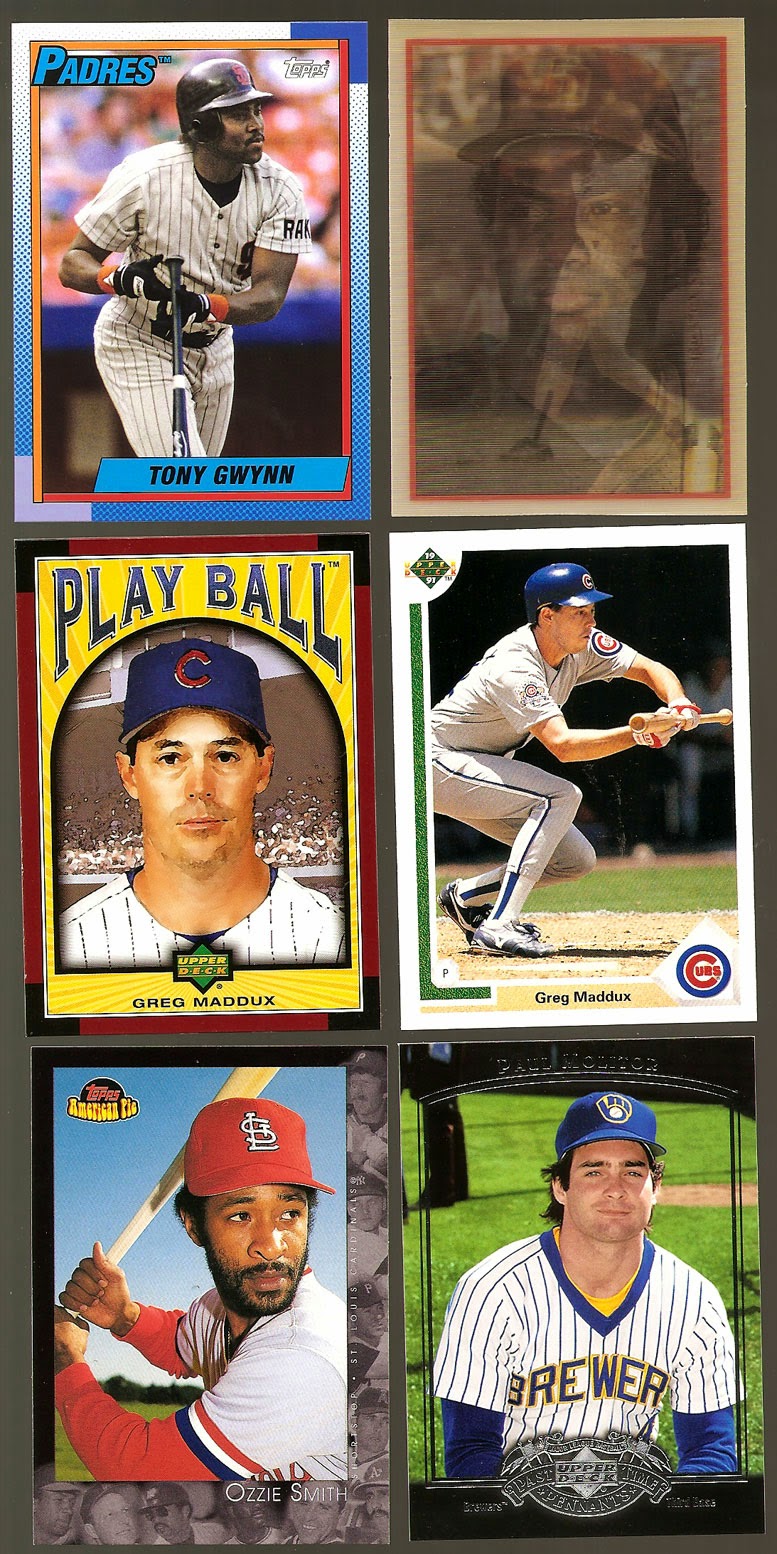 Here are some cards of guys I collect. Great stuff! Thanks, Tom!

Following up on something I was bitching about last time, let's compare the back of that triumphant 2013 Archives Gwynn up there to the shameful 2014 Archives Gwynn back.

This year (on the right) Topps wiped away the last few years of his career. boo!!! The truncated stats thing doesn't seem to bug most people as much as it does me, but it's definitely a major knock against 2014 Archives in my eyes. Your card back is a lie, Topps.
I also just noticed they took off the italics on league leading stats this year.. lame!! It seems Topps just keeps getting lazier and lazier with each product that they put out. Hopefully they hire a real baseball card fan or two sometime soon who can help right that ship. They need somebody on staff to say obvious stuff like, "Hey guys, we've already used this picture recently; let's pick a different one."

Anyways, big thanks to Tony L. and Tom for the excellent additions to my collection!
Posted by defgav at 8:39 AM