Remember recently when my grocery store surprised me by stocking 3 random old hobby boxes for $49.99 each? I went with the 2006 Flair Showcase box, passing on 2006 Upper Deck Ovation and 2008 Bowman Chrome.

I had such a blast busting the Flair box that I went ahead and picked up a box of 2006 Ovation too. But no, I didn't go back to the grocery store for it, instead I actually won one on eBay for $36 shipped. Seems like a pretty good deal, and quenches my curiosity for this other "mystery (to me) set". I don't even know what these cards look like. 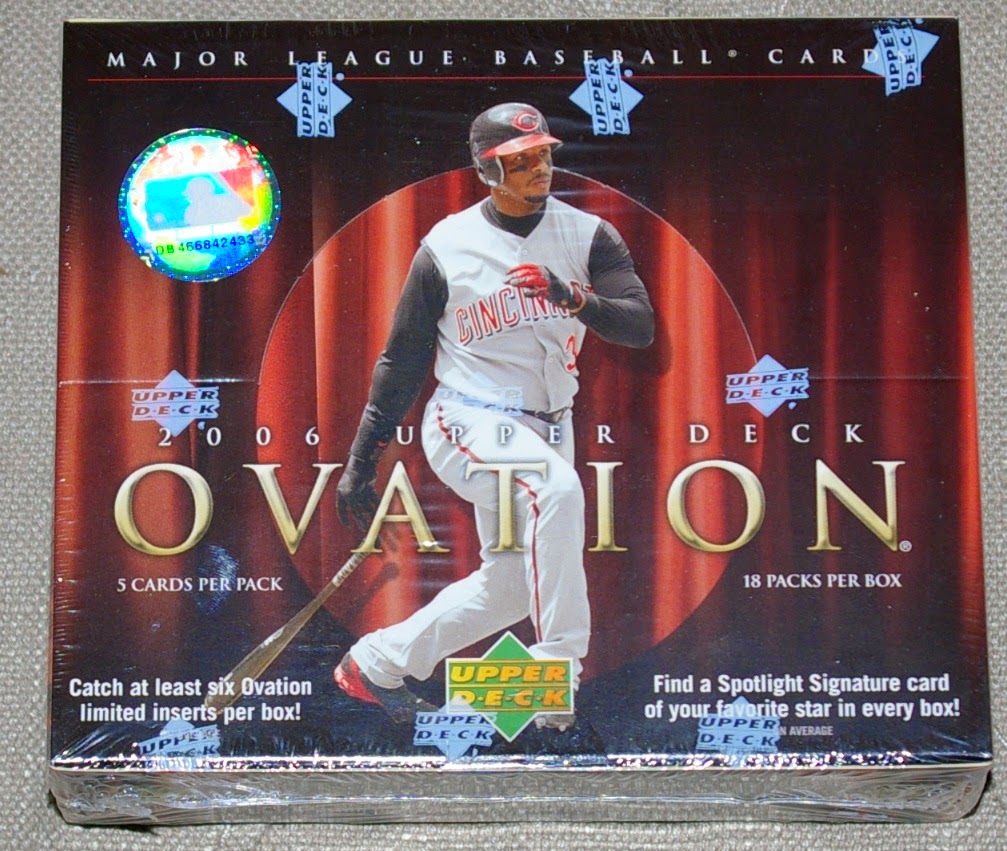 There are a lot of similarities between the packages of 2006 Flair Showcase and 2006 Ovation, with both being black boxes with some red background and Ken Griffey, Jr. swinging. Both are really Upper Deck products, so I guess that explains it somewhat. 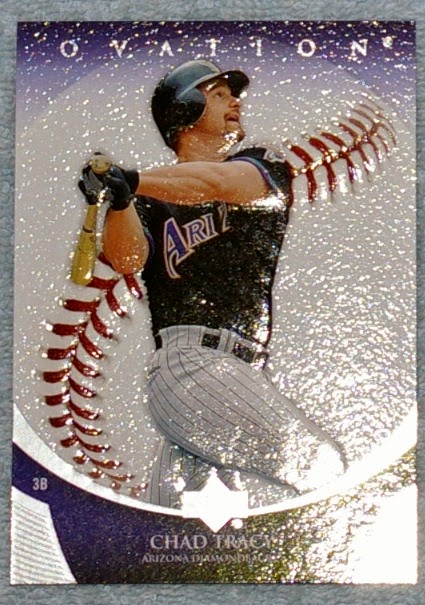 First impressions: Wow, these are kinda weird cards! I can't think of the word.. but you know, when parts are raised up? Embossed, I guess. Like, these cards would be great for a blind person because you can "feel" the players and textured background. Kinda like those Action Packed cards from the early 90s. Design-wise, these cards remind me of Bowman, with the obvious unique feature being a huge baseball harvest moon in the background.

So there you go, $36. That was fun. But glad I didn't pay $49.99. Now is the time to strike with unloading Jeter cards, but I think I'll hang onto it since I have really no good Jeter cards besides a UD Prospects rookie. I also like the Griffey and the Miggy. And the Giles and the Peavy. And Vlad and Ortiz. Maybe the Smoltz, Reggie, and Pujols. And Braves are set aside for Johnny, Red Sox to Hoyle, and Brewers to Tony L. But otherwise, these are up for trade, so just let me know if you're interested in anything. Thanks!
Posted by defgav at 2:47 PM