Thanks to mlb.tv, via a generous buddy out there, I've been catching a few Padres telecasts here and there over the past few weeks as the season winds down. This is really the first time since 2008 that I've had a chance to watch "my team" with any regularity.

And while it's nice to watch them play, I've come to a disappointing realization (and it's something beyond the Padres not being a very good team these days). No, I realized the local Padres broadcast team just isn't that entertaining.

Long-time color commentator Mark Grant is cool, with his friendliness and quirky humor. But current play-by-play man Dick Enberg just doesn't do it for me. I mean, he's a HOF-caliber announcer, no question. But after watching a few games, it's obvious to me he doesn't gel with Grant's style at all. Enberg's style works better with calling football. And maybe it's just time for him to retire-- dude's 79! And I'm not against old-guy announcers. I love Vin Scully (these days when I want to tune into a late-evening ballgame, I gotta admit I often lean toward the Dodgers-- blasphemy, right? But Scully's just too great to pass up. Plus, at least LA's games mean something at this point), and of course as a San Diego fan, Jerry Coleman is a saint to me, a joy to listen to even in his twilight years. But yeah, I gotta reluctantly say I'm just not an Enberg fan in his current capacity. Add to that the irritating woman who checks in from the sidelines, and it's hard for me to really get excited about tuning into Padres games these days. I don't remember her name, but she just seems out of place and scatterbrained. I'm hoping for a shake-up for next season over there are Fox Sports San Diego or whatever it's called.

I miss the Channel 4 days of Mel Proctor, and later Matt Vasgersian calling games.. neither of whom I loved at the time, but in hindsight were pretty great. And of course Jerry Coleman was the best. Fond memories of Sunday afternoon broadcasts on local channel KUSI with him and Rick Monday.

Anyways, let's get to the baseball cards. Here's a sweet Jerry Coleman I added to the collection recently: 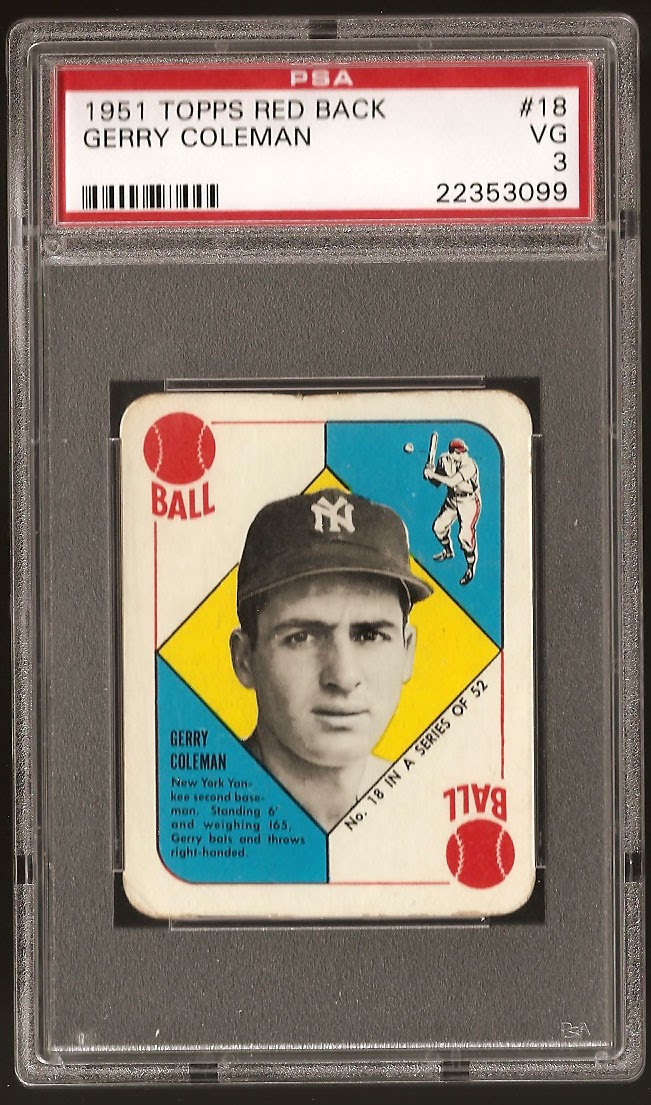 Love it. There are still several vintage Coleman cards left for me to track down, but it's all gravy to me now after this one and the 1952 Topps card I picked up a while back. Put a best-offer in on it, and ended up getting a graded copy for the price of what similar-conditioned non-graded copies were going for. I'm not a huge fan of slabbed cards, but with old and/or odd-sized cards, the cases are handy for both authenticating and storage.

But the Jerry Gerry is actually my 2nd 1951 Topps card, arriving on the heels of this one: 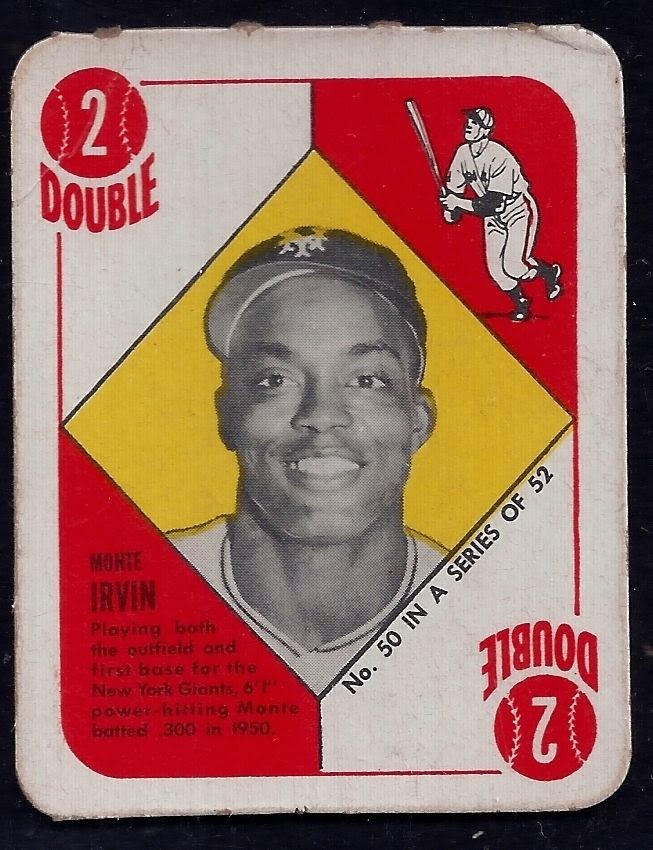 Honestly, I need to check, but I think these two beauties have officially helped me reach my goal of having at least one card from every year of Topps baseball cards. Sounds like a good post topic! Stay tuned for a future post where I'll attempt to pull a card out of my collection from every flagship Topps set.
Posted by defgav at 3:53 PM