...via the magic of enchanted cards, where the power of imagination brings your wildest baseball card dreams to life. With this post, we whimsically wrap up Clemente-mber, in tribute to a great man.

That's one's a bit Python-esqu, but stick with me.

Yeah, that one's kinda creepy, but now we're getting to the good stuff.

That one would have looked better as a horizontal card, but I wanted to stay somewhat true to the original (and was too lazy to mess with photoshopping the text). --The original, which by the way is a "bummer card", with Clemente appearing to react defeatedly to a called third strike. How unfortunate that one of the very few "action" cards of Clemente out there depicts such a negative moment. Oh well. I did my part to help right that wrong. Here's the cool source image I used:

Thanks to whomever made that gif from video.


Repeat alert. Here's a blinker I first posted a few months ago:

Next, here are a couple fantasy cards.

This is the type of card I pull in my happiest dreams: 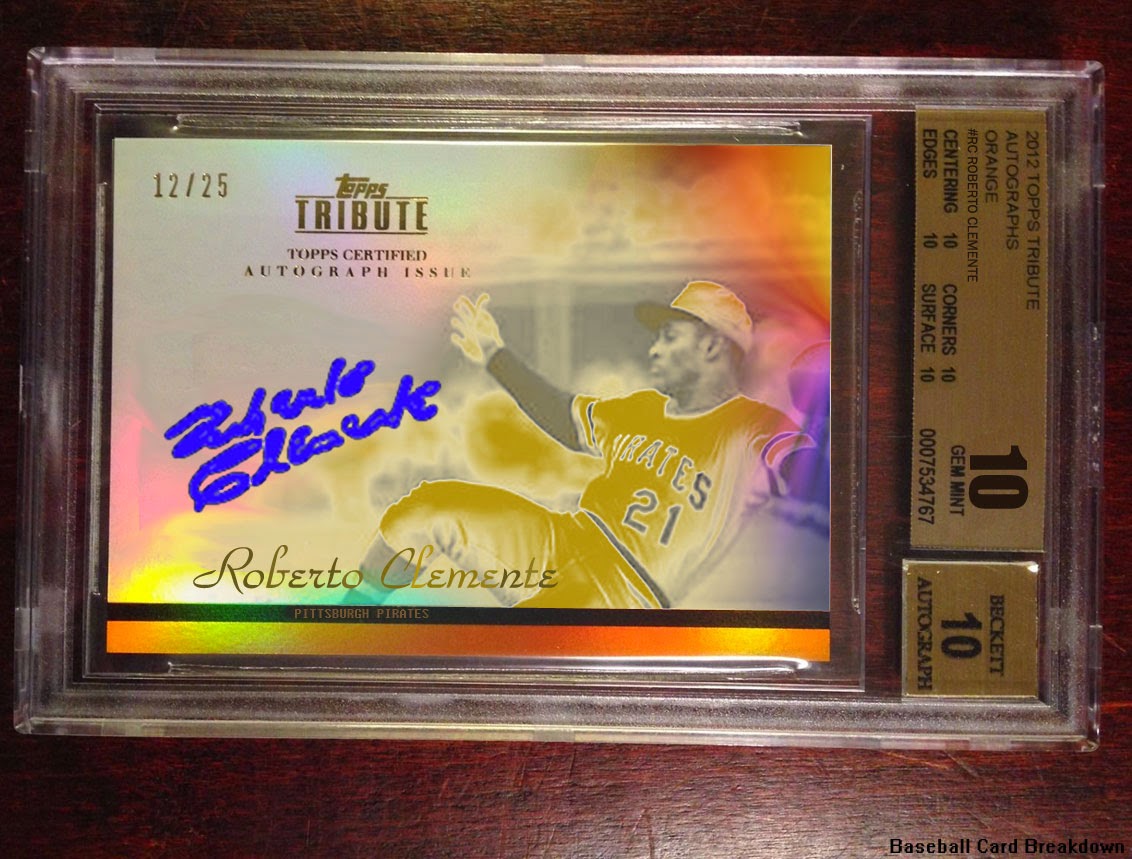 Lastly, here's a card-that-never-was I whipped up as sort of a nod to multiple-exposure cards Upper Deck put out back in the day:

I think this one's pretty neat, even if I did fudge the dimensions a little. I got lucky finding 2 amazing overhead photos from a moment apart. Big ups to the photographer, apparently snapping these shots from up in the Astrodome's rafters.

Thanks for visiting and celebrating Clemente-mber with me!
Posted by defgav at 3:56 PM