I feel like it's a "best of times/worst of times" period in my life. I like my job a lot, but my time there will probably be coming to an end in the next month or two. I really hope I don't have to go back to a rush hour highway commute. I don't care what I'm doing or how much I'm making as long as my work is close enough for me to ride my bike to in around 15 minutes.

And I like my house a lot, but I hate my neighbors. I always seem to have cool neighbors on one side and awful neighbors on the other. My dream is to have a place out in the middle of nowhere without anybody else in earshot. Now that would be a golden age for me. But then I'm sure I'd miss some benefits of living in the city. But yeah, I really value peace and quiet at home. (Honestly, the current bad neighbors aren't really that bad compared to those of the past. I might just be a little overly sensitive at this point.)

So uncertainty at work, noisiness next door, and days when the postman has no cards for me get me down in the dumps from time to time, but for the most part I'm doing pretty great lately. Married life is treating me well. I got a cool dog, an awesome family, and cards in my mailbox with some regularity.

One thing I'm excited about starting this week is reduced hours at work. Working 10 to 4, no lunch. That's perfect. I get to sleep in, ease into my morning, play with the dog, catch up on the blogosphere, maybe a light workout. Still getting enough hours to pay the bills and have a bit left over for cards. As I mentioned, I'm not sure how long this golden age will last, but I'll enjoy it whilst I can.

I've recently also entered a golden age of live baseball broadcast viewing, one that I've not known since "cutting the cord" with cable several years ago. Big thanks to a certain anonymous someone for the generous gesture there. I hope to catch a bunch of good games here in the season's home stretch, even if my Padres aren't a factor. It's been fun watching Cory Spangenberg start off his career with a couple great games. And don't tell the other Padres fans I said this, but listening to Vin Scully call a Dodger game is always a treat.

It's funny that comic books have a "Golden Age", "Silver Age", etc, but you rarely hear about baseball cards having similar periods named after precious metals. You basically just have vintage (pre-1981 or so?) and junk (mid 80s to mid 90s?) and maybe modern (whatever you wanna consider that as).

With all due respect to old tobacco cards and early Bowman releases, seems the golden age of baseball cards really began with the 1952 Topps set. Topps followed that up with a bunch of great offerings that collectors still clamor for all these years later.

This rambling post is getting to a recent trade with The Underdog Card Collector. He had a big 92-card lot of 2001 Topps Archives up for trade to a loving home. I'd been meaning to work out an initial trade with the fellow Padre collector, so I jumped at the chance.

2001 Archives is a pretty sweet reprint set featuring faithful* reproductions of many notable players' first Topps cards, final Topps cards, and some other various cards too. Really nice-looking cards on sharp, thick stock. (*Multiplayer rookie cards are edited down to only the one guy, but otherwise the cards are pretty faithful to the originals.)

Let's take a look at a sampling of some highlights. 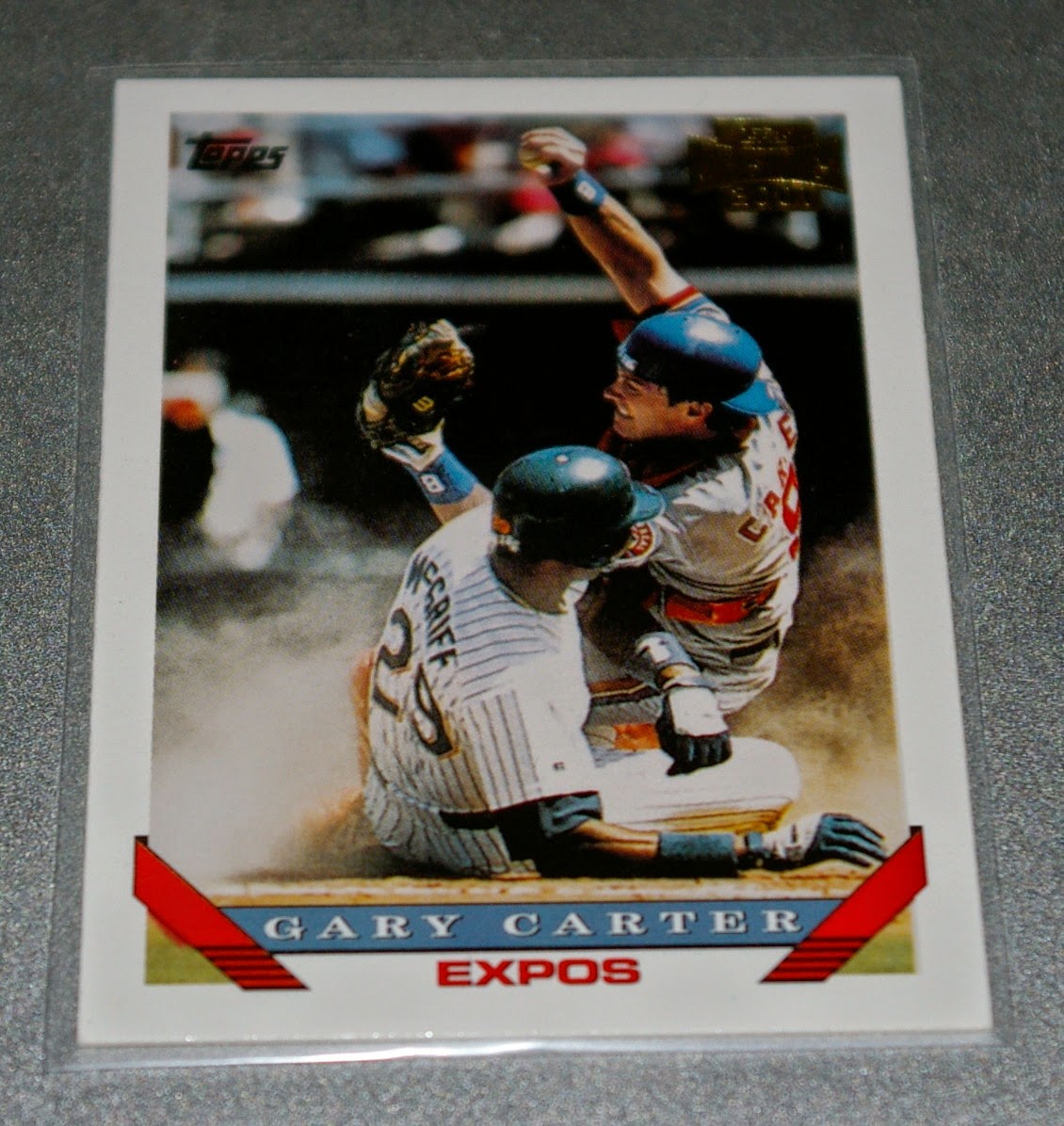 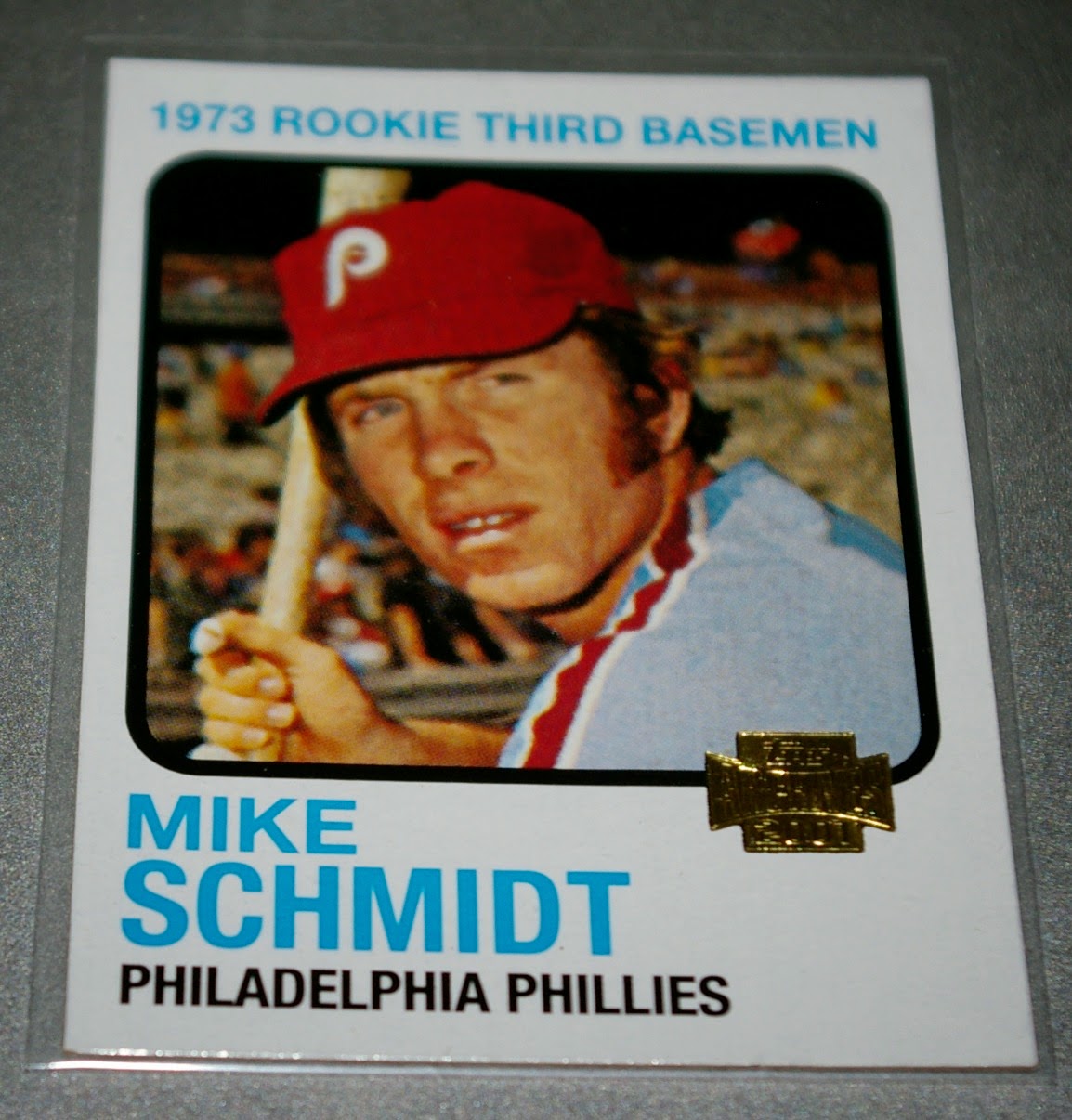 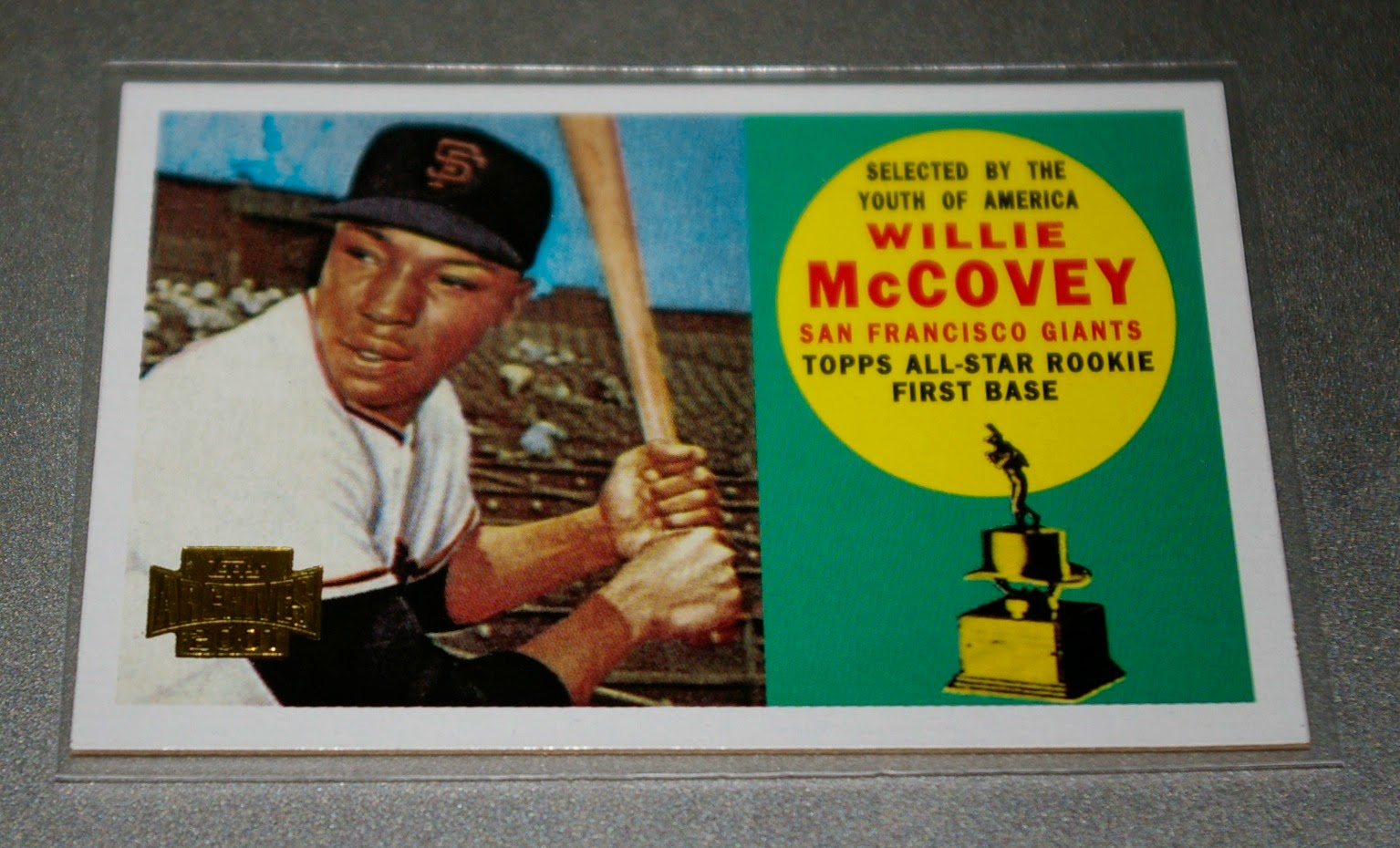 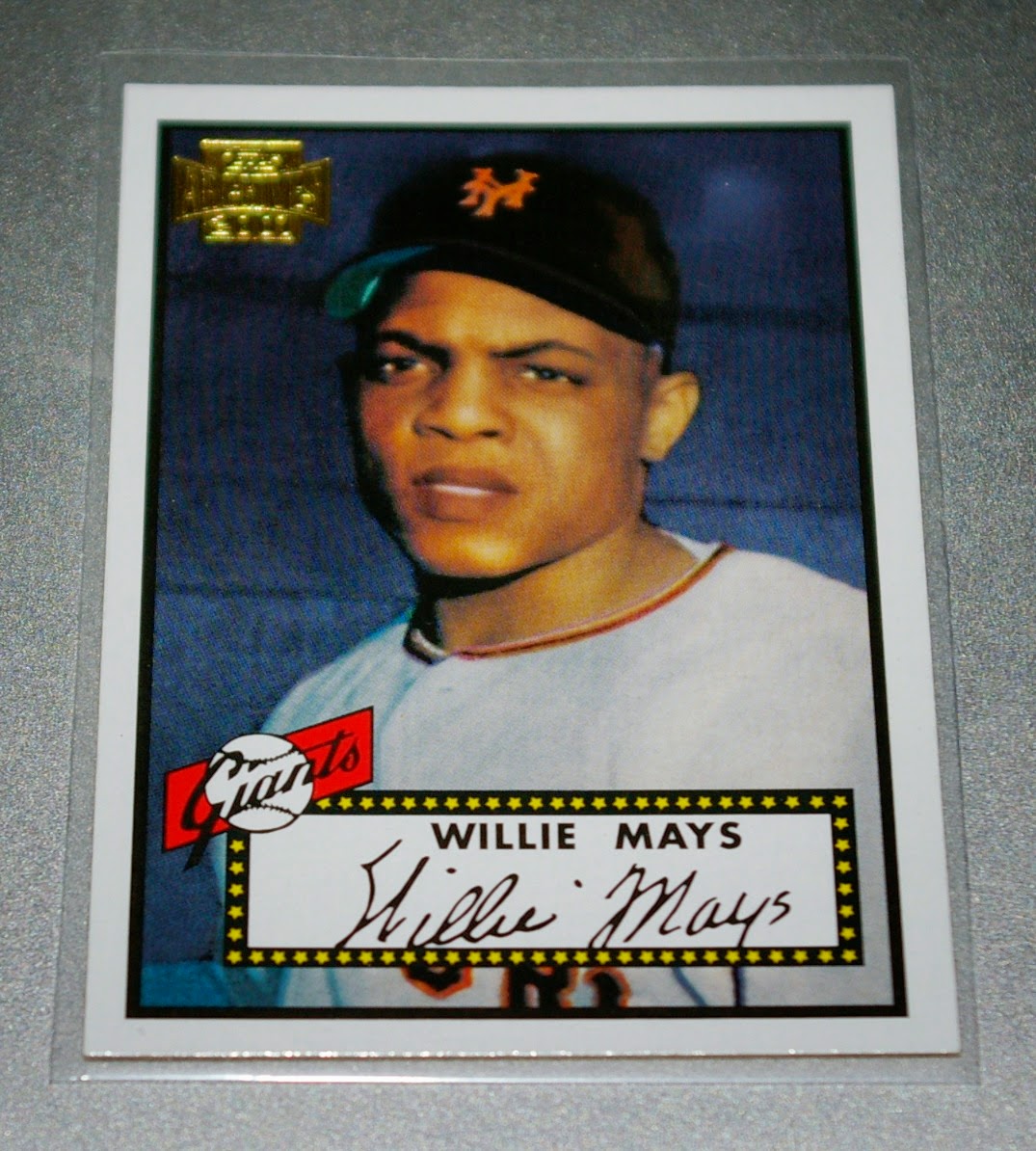 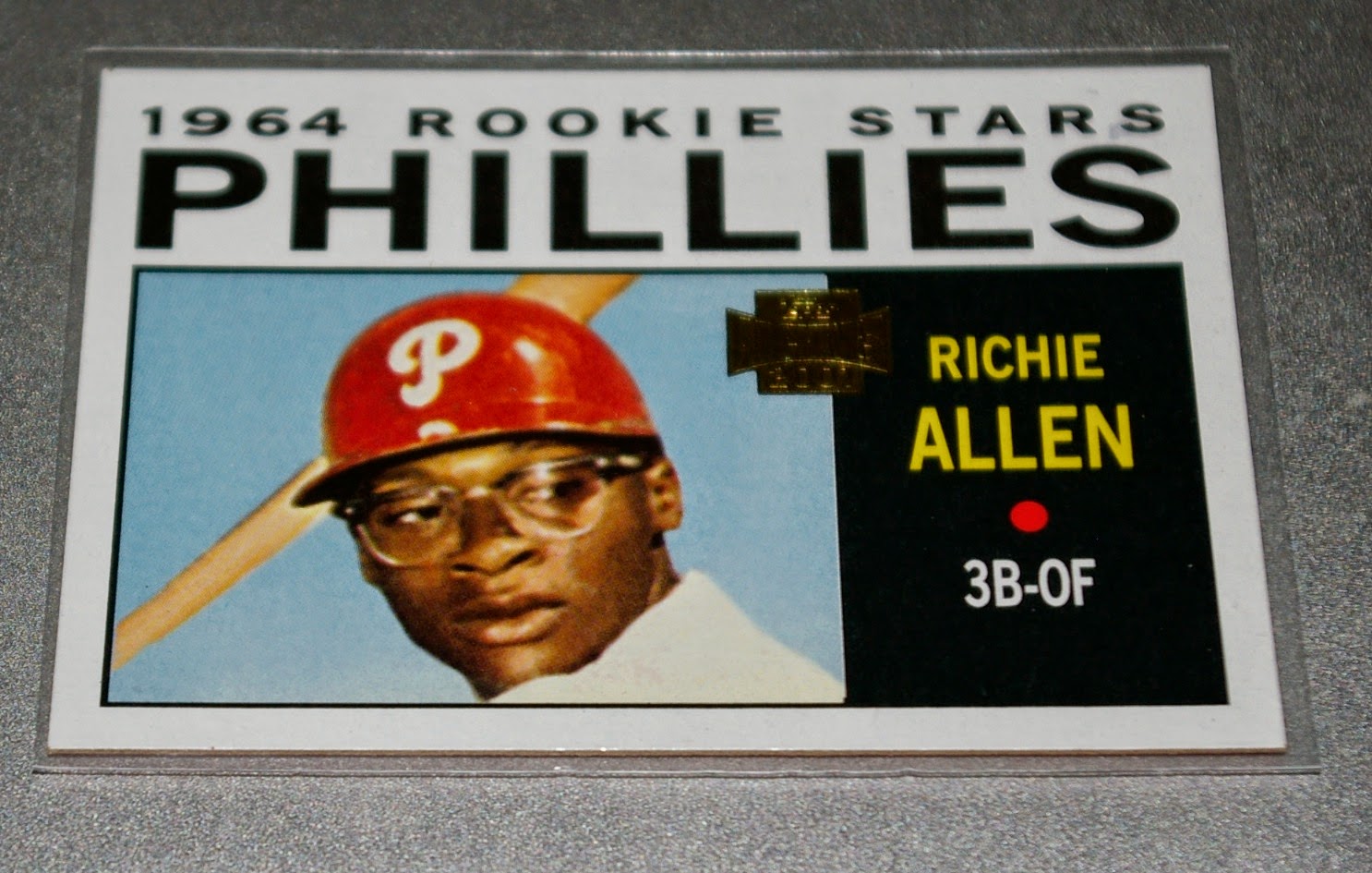 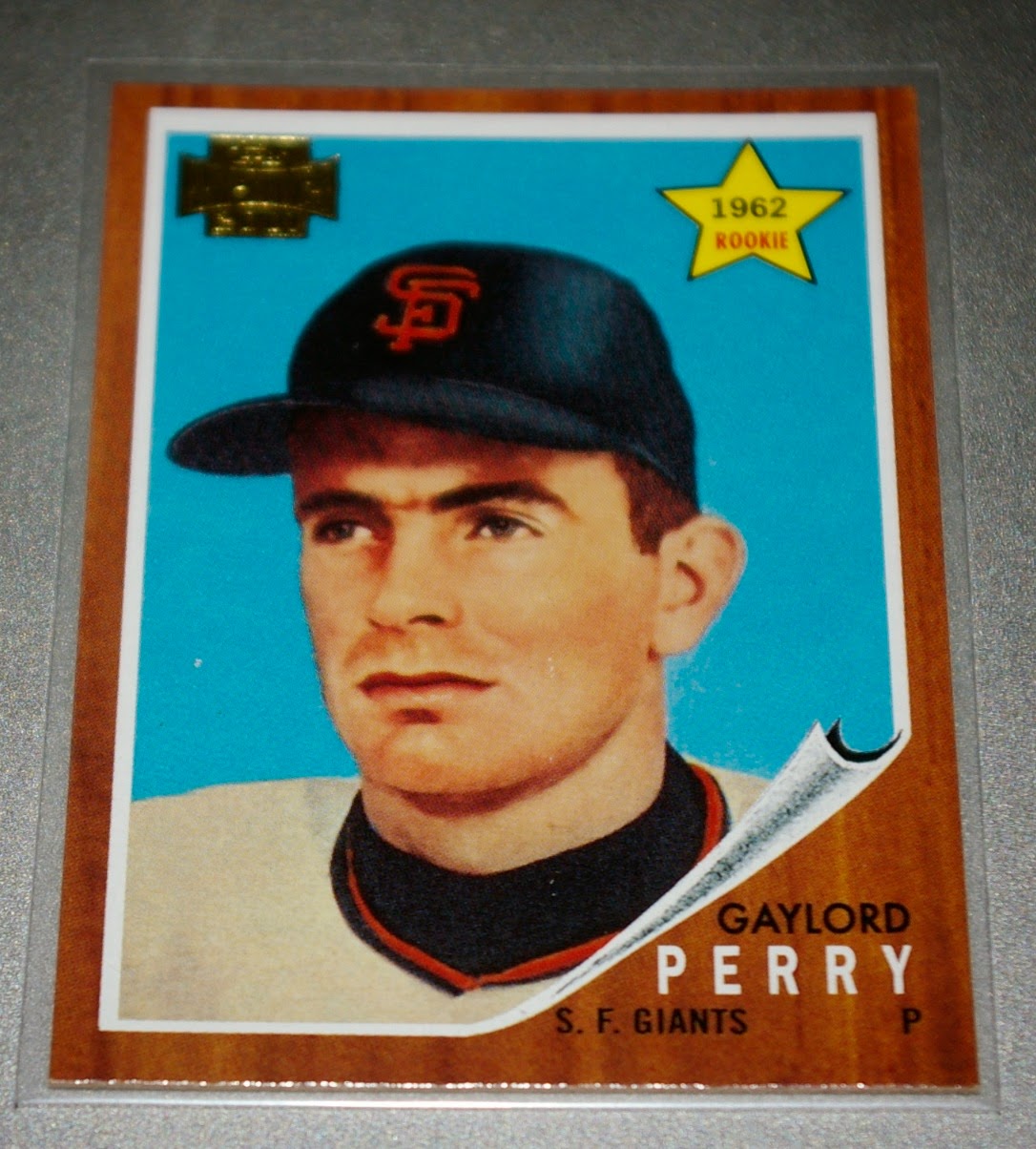 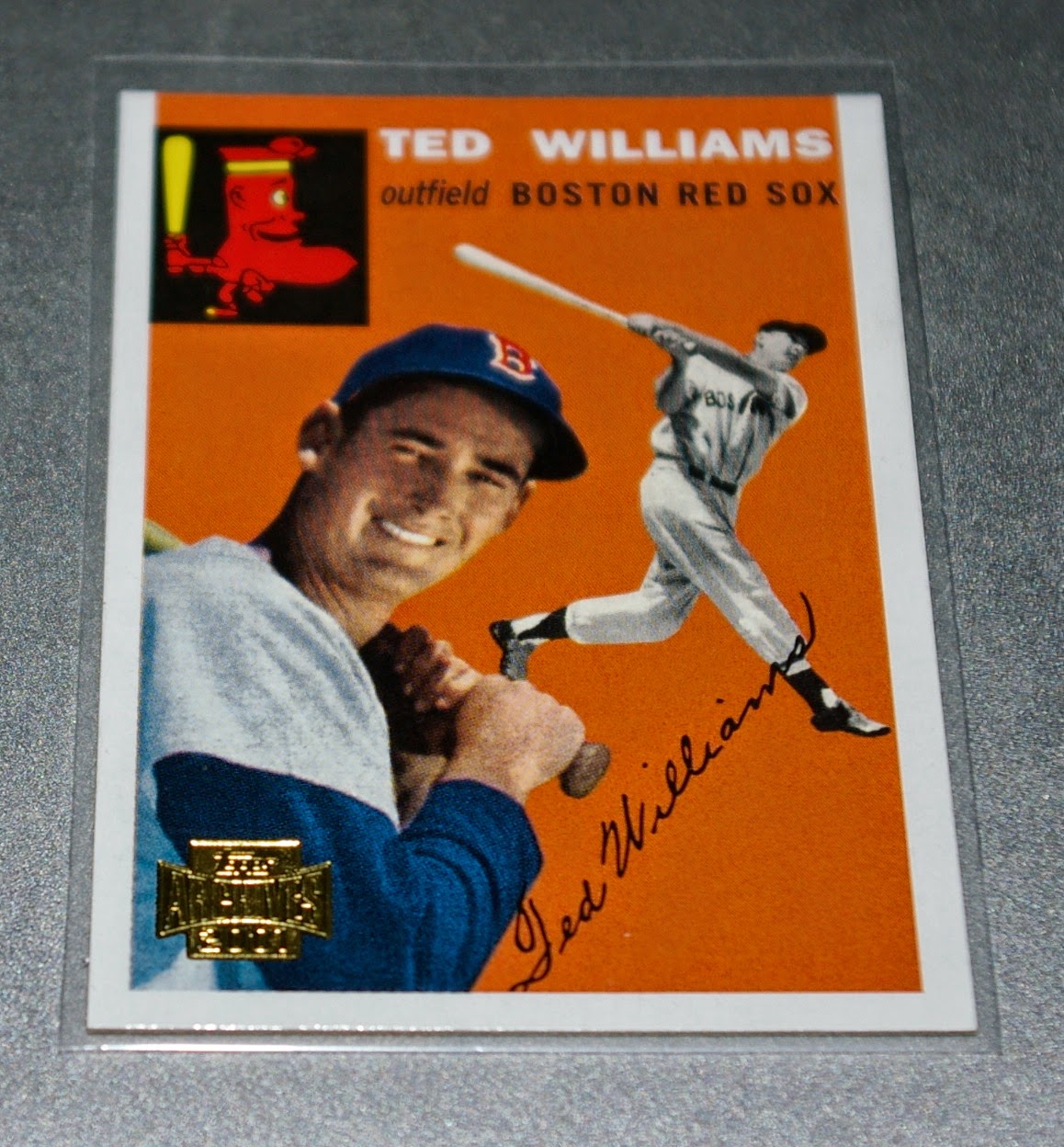 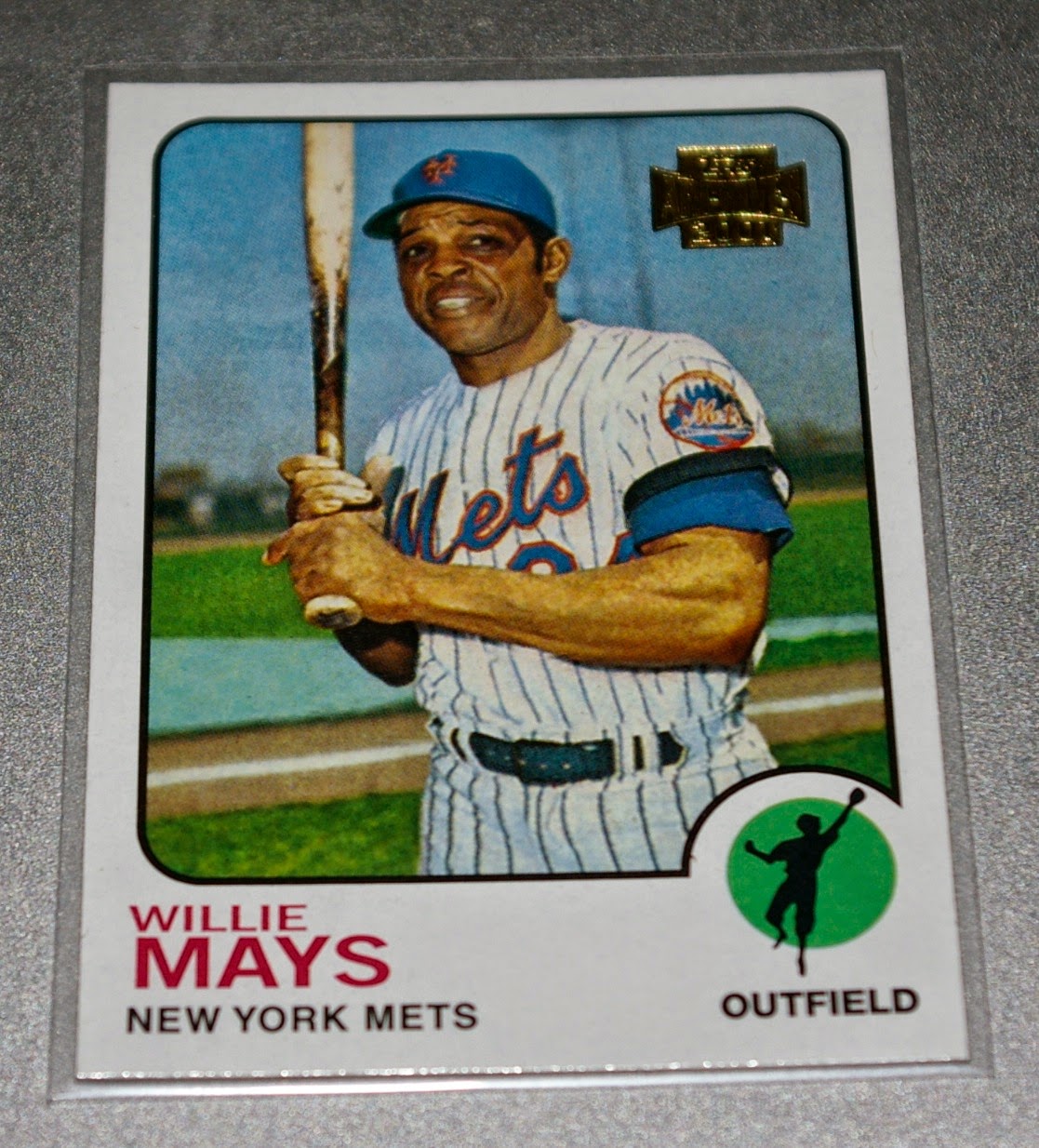 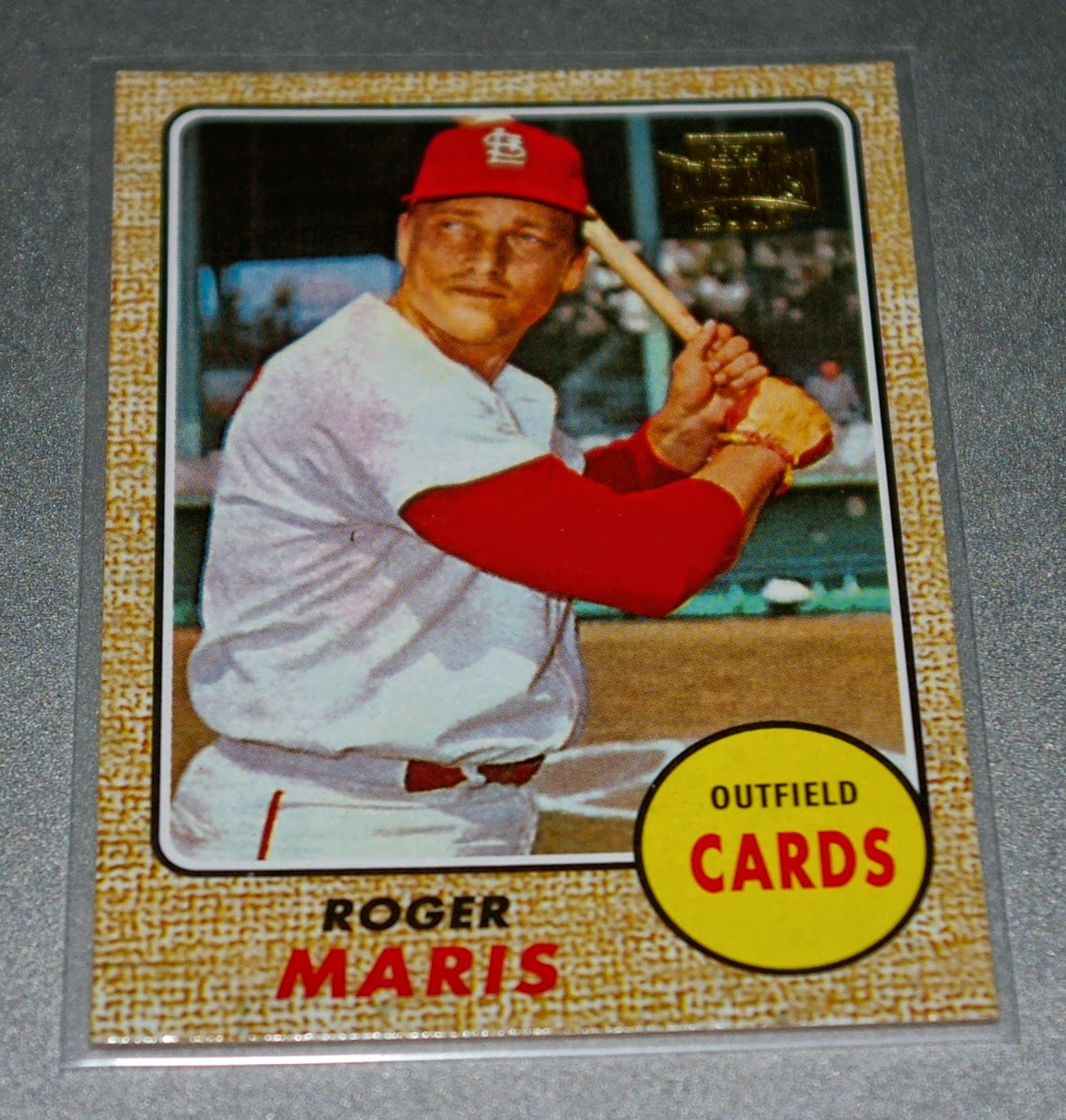 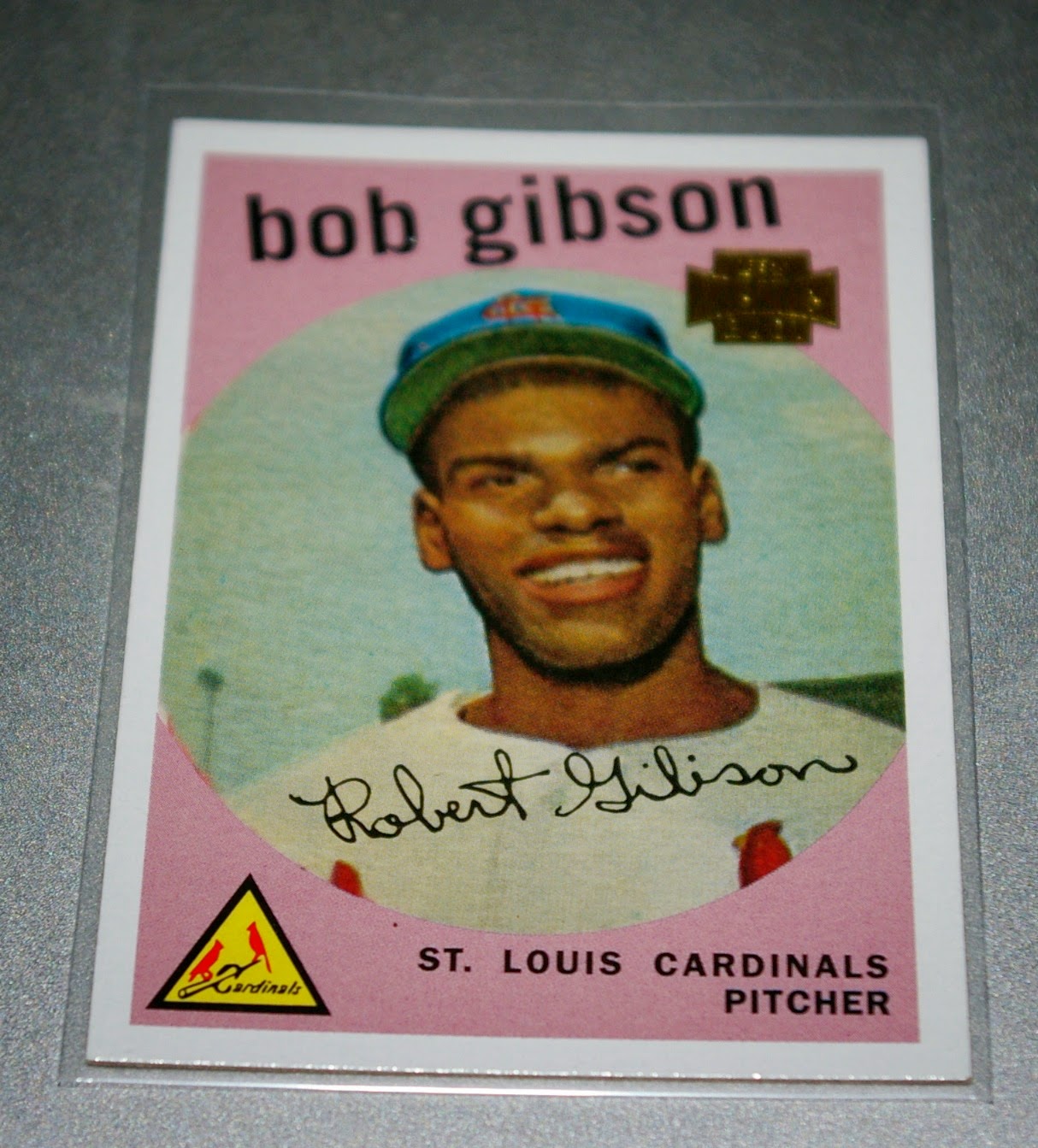 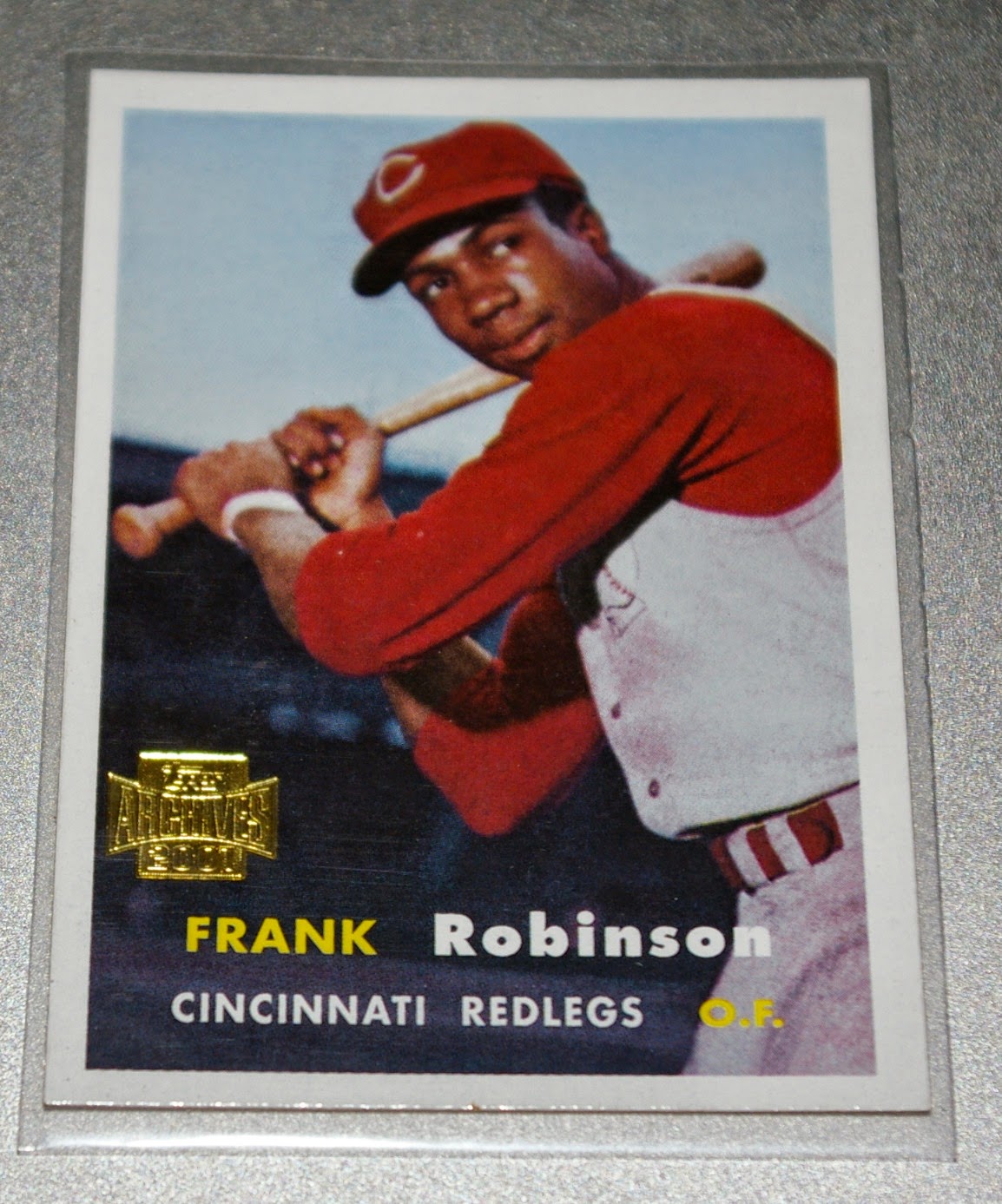 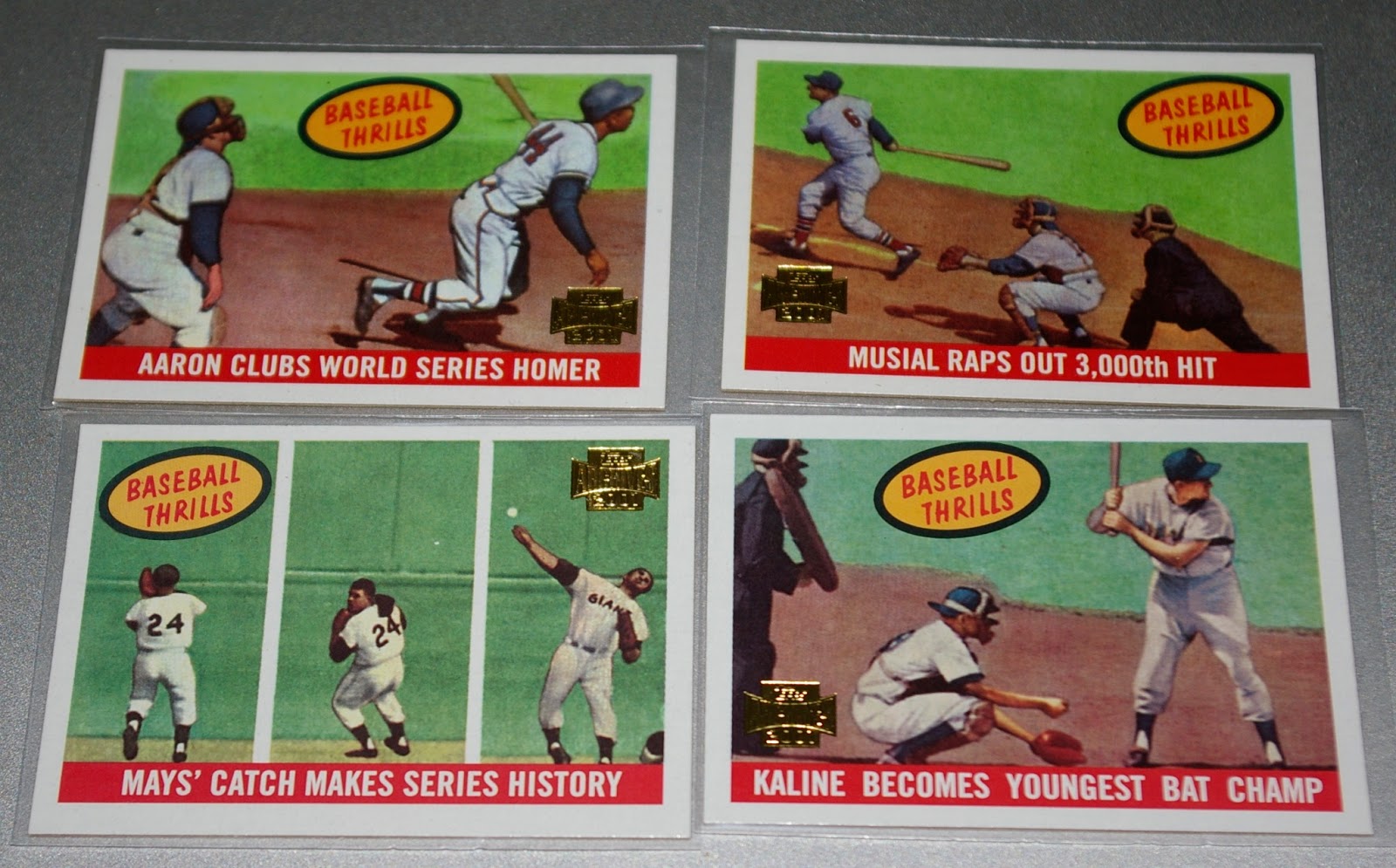 So there're just a few of the many great cards the Underdog Collector sent my way. This is a really nice set. I'm a little torn on whether to try to piece together the rest of the set (450 cards over 2 series), or break it up for my various player collections (there's a bunch of dudes I collect up in here, as we've seen) with the remainder as trade bait. If you've got cards from this set to offer in trade, feel free to let me know.

I'm also intrigued by 2001 Topps Archives Reserve. That's a smaller, similar set of reprints, but reimagined as shiny refractors. Those are really pretty. In fact, while typing this right now, I hopped on eBay and bought a lot of 48 cards from it at a decent price. Stay tuned for a wantlist in a few days once I get the lot sorted out.

In closing, gotta love the golden age of Topps. This post had nothing to do with Panini Golden Age. The Underdog Collector is a cool guy and you should trade with him. I like that Beck song. Trade me your available 2001 Archives/Reserve cards. Thanks for reading.
Posted by defgav at 4:40 PM