Really happy with this Dan Fouts TTM that came back the other day. 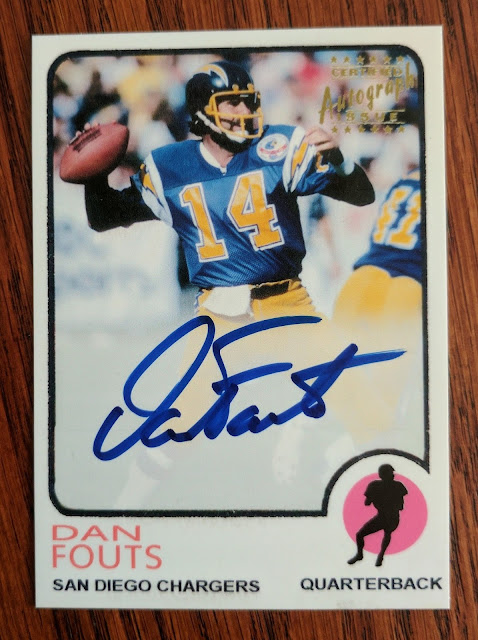 Took 42 days from his home in Bend, Oregon.

As you can see, I went with 1973 Topps Baseball for the custom design. 1973 was Dan's first year in the NFL, so there's a connection there, though truthfully that's a coincidence and I picked the design just because it's a favorite of mine. 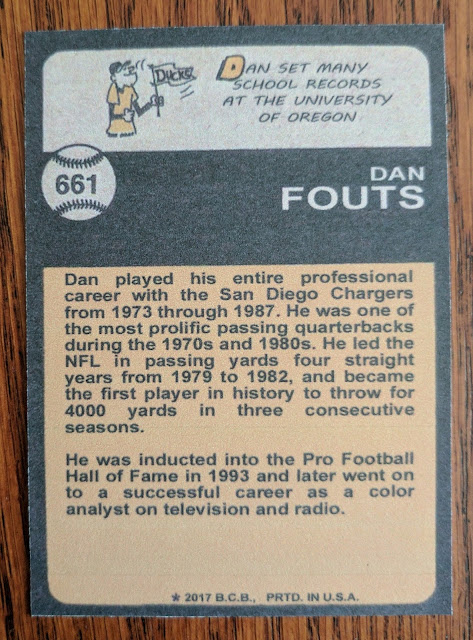 With the Chargers moving away from San Diego for the upcoming season, my time as an active football fan / card collector feels like it's coming to a close. But before I shut the book on that chapter and seal up the time capsule that is my modest Chargers collection, I wanted to round it out with a couple things that I felt it was lacking, and one of those holes was a Dan Fouts auto. Since his certified autos aren't necessarily cheap and he's known as a good TTM signer, I went the latter route. Couldn't have turned out better!


Here's another TTM return that came in a while back... 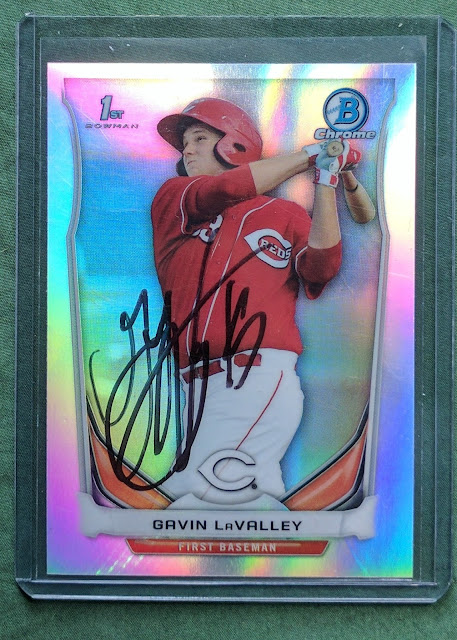 Nice Bowman refractor beautifully signed by Gavin LaValley. It's my first return from him, though I gotta admit I've tried him like 3 separate times over the past couple years. I believe this was my first attempt, and it was back before I really got into printing custom cards, hence why it's a real card. In my later attempts, I included a custom featuring a photo of Gavin with Will Ferrell. Would be cool to get that signed. Hopefully someday he catches up with the rest of his fanmail and I get the other returns back eventually. Still very happy with this return, though!

Just a few days before I got that card back, Jeremy from Topps Cards that Never Were got in touch and offered to try to get an autograph from LaValley for me at a game in Daytona. I thought that might be a good chance to get the Ferrell custom signed, so I took him up on his kind offer.

But it turns out LaValley was promoted to AA Pensacola shortly thereafter, thanks to putting up a .288 average with 15 home runs in 61 games after a slow start. So Jeremy wasn't able to get around to scoring that elusive autograph. 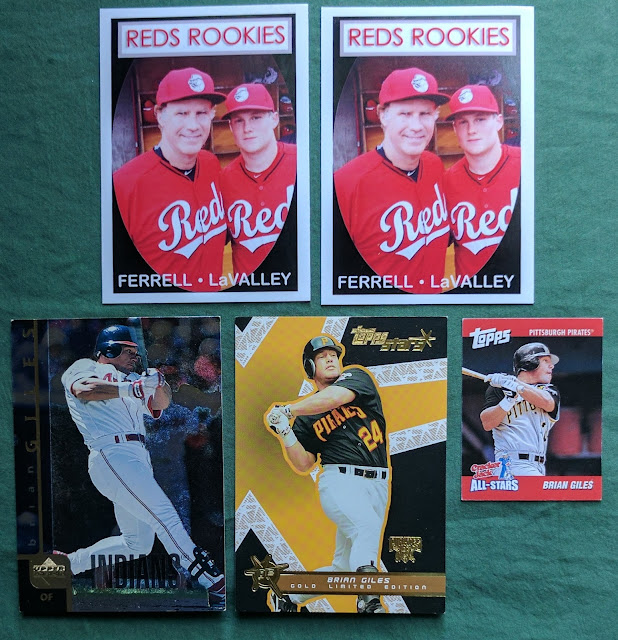 Jeremy apologized for not being able to help me out, but returned a couple of the customs (I had included 3: one for me, plus copies for Jeremy and Gavin in case they wanted one) plus a nice trio of Brian Giles cards. That one in the middle is #/499. Thanks, Jeremy!

And thanks again to Mr. Fouts and Mr. LaValley!
Posted by defgav at 11:15 AM