Stealing home a prize package from the Lucky 13

Stealing Home of All Trade Bait, All The Time picked up the baton after John Miller's Big Fun Game and ran a similar game called Lucky 13, which I was lucky enough to get in on. I did a little stealing of my own, and brought home a nice lot of 60s vintage. 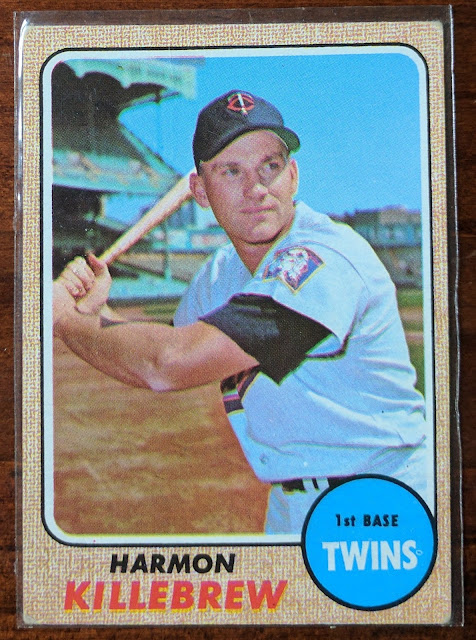 Harmon Killebrew sure has some great looking cards. Love this '68 in wonderful vintage condition with the slightly fuzzy burlap corners. It's a cozy card.
(Topps really should have played up the burlap angle in this year's Heritage. Like, parallels on actual burlap. Perhaps a special edition factory set that came in a burlap sack. They really dropped the ball!) 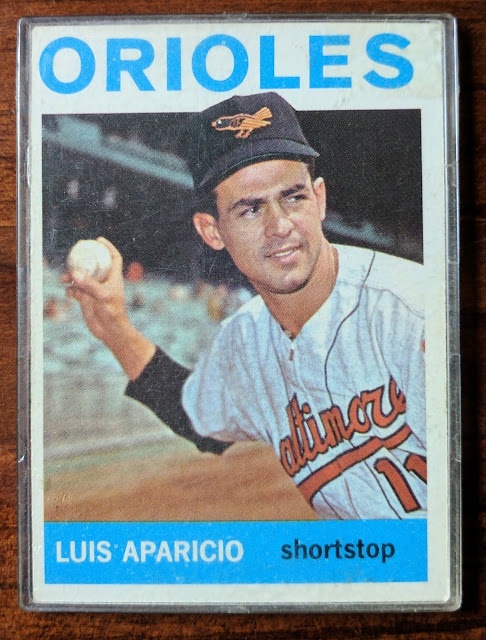 As awesome as the '68 Killer is, this Luis Aparicio was the chief reason I yoinked this prize option out of Penny Sleeve Jon's clutches. Little Louie seems to be a deceptively tricky card to nail down in many vintage sets, often being among the final few needed cards. So it was great to be able to check this high-number (#540 out of 587) off the list. My 1964 Topps setbuild keeps crawling along, now at 43.29% complete. 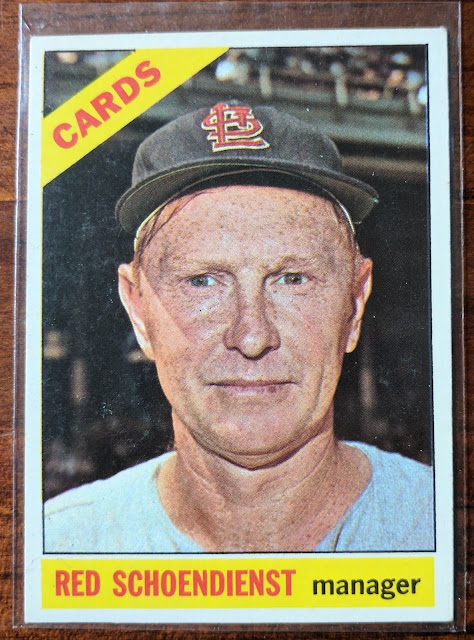 I also have a small Red Schoendienst PC going, so it was nice to add another vintage card to it. I believe this is his first post-playing days card. Red was in the game forever, first as a player then manager and coach, so he's got lots of fun vintage cards to chase down. The HOFer has suited up in a baseball uniform for 73 consecutive seasons and is still with the Cardinals as a special assistant coach even at 94! 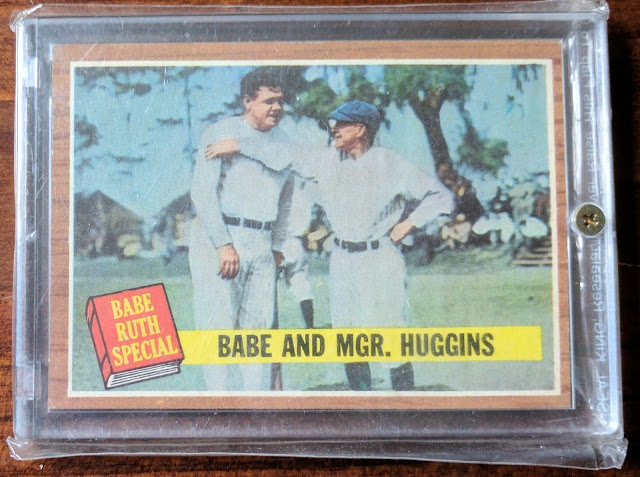 And here's now the oldest Babe Ruth card I own. Pretty cool! 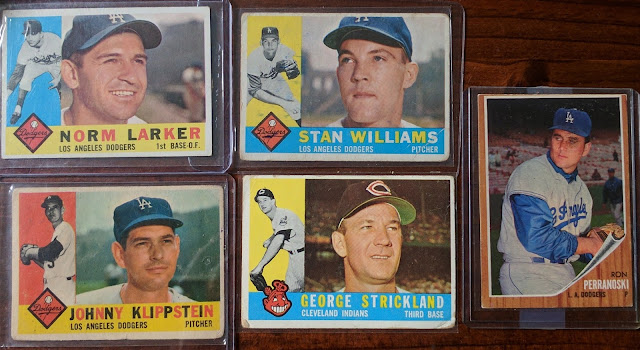 And here's the rest, heavy on 1960 Topps and Dodgers. I'm not collecting these dudes or sets, so feel free to let me know if you wanna trade for them.

By virtue of being a fellow West Coaster, I was awake and able to catch a late-nite "first comment wins" bonus prize during the game. 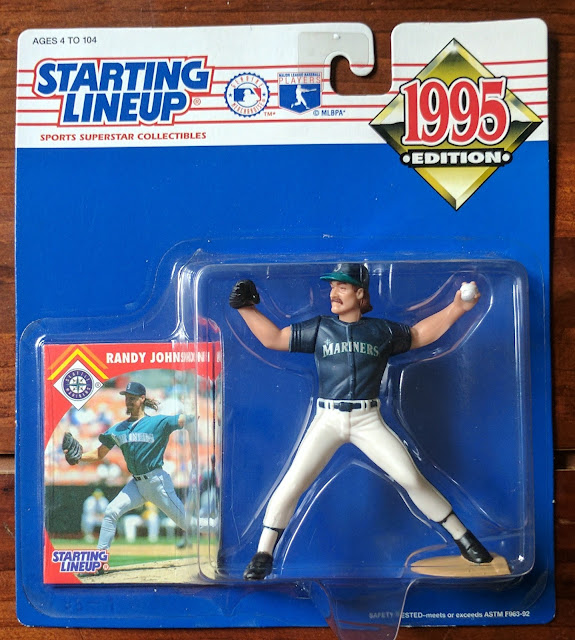 My bonus prize was an excellent condition, new-in-box 1995 Starting Lineup Randy Johnson figure. Not bad. I do try to keep my collection to cards-only, best I can, for space/storage/wife concerns, but I won't pass up a free Big Unit.

Big thanks, man! Great stuff. And thanks again for putting on the fun game. Sorry you missed out on my similar game, but I'll try to hit you back with something as a little token of my appreciation soon.


Speaking of my Big Fun Game, all the prizes have now been mailed out (except Julie's, per her request), so if you played the game, expect the prize to show up soon, if it hasn't already.
Thanks for reading and have a great weekend!