Running the table on my wantlist

Is there a cooler gesture in the world of card collecting than when somebody just systematically takes out your wantlist? Padrographs Rod popped by my house yesterday and surprised me with another big bag of cards, highlighted by a near complete representation of the "reasonable wants" section of my Desperate Double Dozen sidebar wantlist. Super excited to check off these cards I've been hankering for! 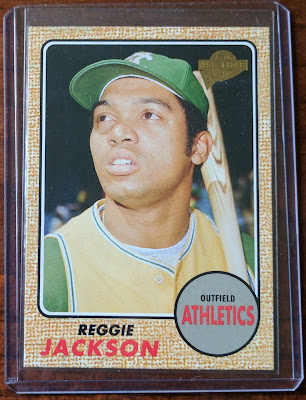 Reggie likely would have had a card in 1968 were it not for a dispute between the players union and Topps that prevented new/recent photos from being available, meaning he didn't show up on cardboard till a late-series 1969 rookie card. So I thought this 2005 Fan Favorites issue complete with era-accurate photo (note the old KC Athletics logo on the cap) was a neat card that never was. 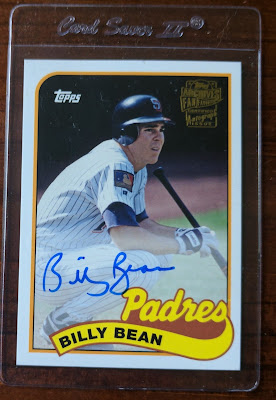 Perhaps the happiest surprise for me in the Archives auto checklist this year was this Billy Bean. I had been wanting to get a autograph of MLB's Ambassador for Inclusion for a while now, with an eBay search saved for reasonably priced specimen, preferably on a Padres card. Since he didn't have any certified autos, I planned to take my chances on something uncertified. But Topps read my mind, and popped out this nice 1989-style card. Great addition for my Pride PC. 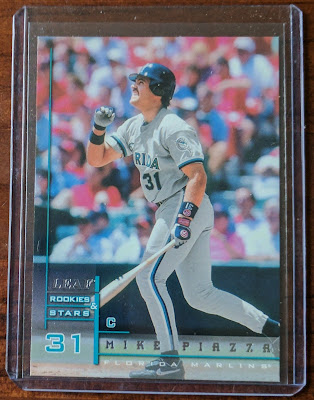 I love Mike Piazza Marlins cards. I once had aspirations of maybe going after them all. But I recently saw a link to an article about one collector with the same goal. Turns out there are 122 of them! So ok, maybe I'll just be content with owning a few. 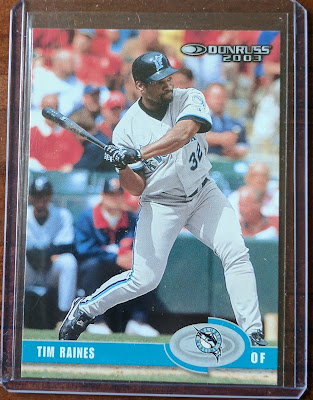 Speaking of HOFers making short-term stops with the Fish, I saw this Tim Raines card on the Dimeboxes blog a while ago and had to add it to my wantlist. I think it's Rock's only true "sunset" card out there. Unfortunately, Donruss didn't squeeze in complete career stats (instead beginning at 1987), but still a heck of a card. 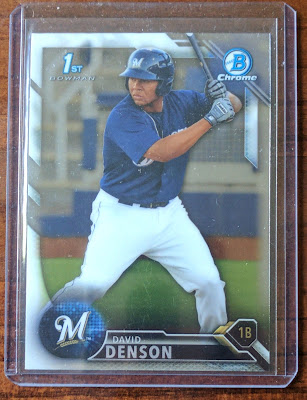 Rod gets partial credit for this one, as I actually need the regular ("paper") 2016 Bowman card of David Denson, not the Chrome version. But good effort! 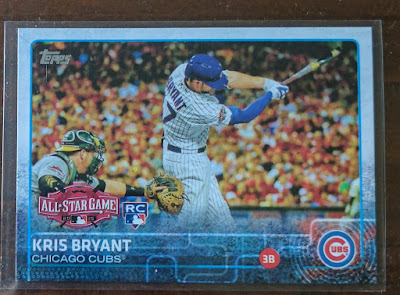 Another partial credit card here, as I'm specifically looking for Kris Bryant's RC from 2015 Topps Series 2 (#616), but this All-Star card from Update is also a need, so no harm there. With the #616 card fetching double-digit prices these days, I may have to move it from the "reasonable wants" to the "wishful thinking" section of the Desperate Double Dozen. 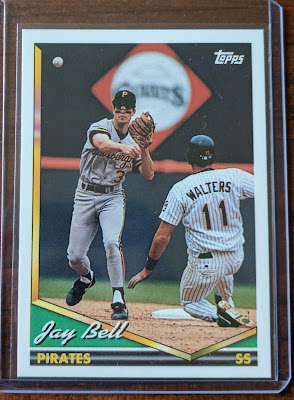 Here's another card I was made aware of thanks to Nick's blog. I was specifically after it due to the Dan Walters cameo. The somewhat obscure backup catcher has a place in my heart because I got his autograph in-person as a kid once. 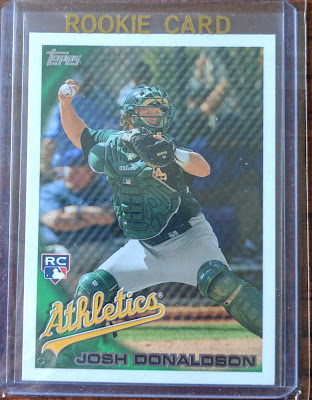 Here's a key card I was missing from my modest Josh Donaldson PC. Great looking card. 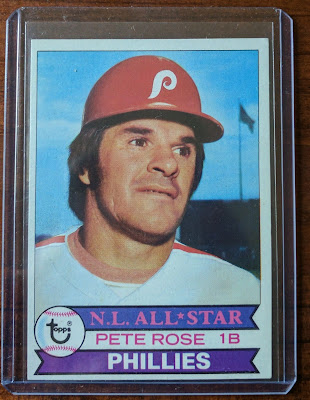 Finally, here's Pete Rose's 1979 Burger King card. It's notable in that his regular '79 Topps card features him as a Red. Pete had signed with the Phillies as a free agent in December 1978. So this oddball serves as a Traded/Update card and is his very first non-Reds card on the market. Pretty neat.

So yeah, HUGE thanks to Rod for the targeted attack on my wantlist! Now I've gotta think up some new cards to replenish the list with, which is a good problem to have.

Rod also graciously included a bunch more cards for me to go through, but I'll save those for another post. Thanks for reading!
Posted by defgav at 2:20 PM