On my lunch break, Tuesday, 6/27/17, I got a text from my mom that my Aunt Jinny had passed away peacefully in her sleep earlier that morning. I knew she wasn't doing great lately, but it was still a shock. I guess I'm lucky in that I've gotten this far in life without many deaths in my family. Apart from losing grandparents and great grandparents, my core family had all been around my whole life. After my gramma passed, Aunt Jinny, as the eldest daughter, became the defacto matriarch of the family. She was a great lady, very kind, but strong and sassy. I still received birthday cards in the mail from her every year, even as I now approach 40. (Heck, those cards included checks in them until I was about 30! She definitely didn't have to do that, but it was always appreciated.) Unfortunately, she took up smoking at age 12, and I'm sure that habit didn't do her any favors in extending her life, but still, 78 is a lot of years, so we in the family should really celebrate her life rather than be depressed over her death.

When I got home from work, I heard the news that former MLB pitcher Anthony Young had also passed away that day. I remember him fondly as a promising rookie in 1991/1992 when my baseball card obsession as a kid was in full force. He never really became a star, but was a solid major league pitcher for a few years. His claim to fame was a record-breaking winless streak, but his lifetime ERA+ of exactly 100 stands to show he was a perfectly serviceable pitcher, just a victim of some bad luck and probably weak run support. Everything I've heard about him says he was a great guy, well liked by teammates and fans. Sadly, he got a brain tumor that eventually claimed his life at 51. 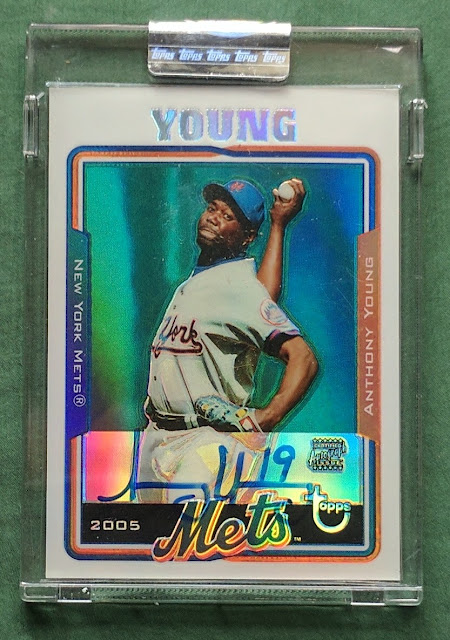 But you guessed it, in my own way of paying tribute to my aunt, I went ahead and finally pulled the trigger on that Anthony Young card that evening. I hope it doesn't come off as creepy or morbid, or like a vulture move buying an autograph of a guy on the day he died. It's weird, but I figured it'd be a nice way I could remember my aunt in my card collection. 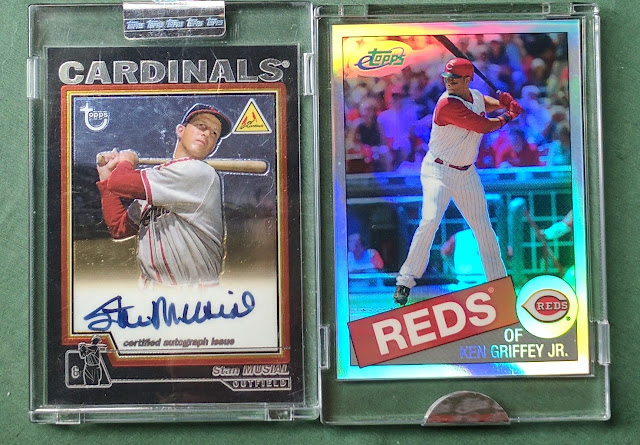 I looked it up, and while I hadn't really realized it until her death, my Aunt Jinny shared a special day in the world of baseball, as her November 21 birthday is also the day Stan Musial (1920) and Ken Griffey, Jr (1969) were born, though she was in the years between those guys. Pretty cool to share a b-day with those two all-time greats.

I don't think she was much of a sports fan, though she lived the majority of her life in Louisville, so I associate my childhood trips visiting her (and her husband, my Uncle Joe, and the rest of that faction of the family) with baseball. I toured the Louisville Slugger factory once as a kid when I was out there in the early 90s, and at a later visit, attended my first minor league baseball game, taking in a Louisville Bats game against the Columbus Clippers.

I talked about my memories from that game in an old Sentimental Sundays post. (oh man, I should revive that series one of these weeks.. those were always a lot of fun to write.)

Anyways, I'll miss you, Aunt Jinny. Rest in peace. Thanks for everything.

And also rest in peace, Anthony Young. Gone too soon. 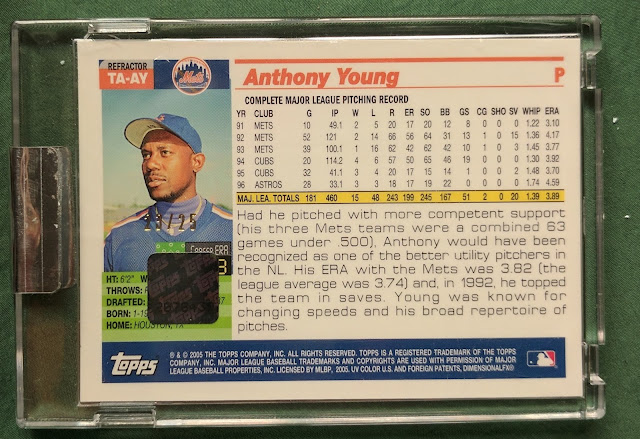