Do you still listen to CDs? Want some?

October is ROCKTOBER on Baseball Card Breakdown! And by that I just mean I'll be posting more music-related content than normal. Still plenty of baseball cards too, though, I promise. But yeah, expect several posts featuring stuff like my musical memorabilia and autographs of musicians.

A big project I've been working on lately is ripping mp3s of every audio CD in my house. See, the thing is my wife is thankfully forgiving of my card collection, though in general she is against my "collecting hoarding" tendencies. One particular collection of my stuff that annoys her is my CD collection. She rightly likes to point out that I rarely listen to CDs anymore. I'm all about mp3s these days. Especially now that I take public transportation to work.. back when I drove more, I listened to CDs in the car. Now I stick with my iPod or smartphone. So the CDs basically just take up room.

Back when I moved from San Diego to Portland, I got rid of about 80% of my CDs, just bringing the cream of the crop up with me. And now, I'm going to get rid of the majority of what I kept. I'm going to try to narrow down to maybe just my top 20 or so favorites to hang onto, plus anything autographed.

I'd love to see as many of these CDs as possible go to good homes rather than just dump them at Goodwill. So I'm putting out a call... Do you still listen to CDs? Want some? The majority of what I've got is 90s alternative rock (the likes of Nirvana, Flaming Lips, Smashing Pumpkins, and lesser-known indie rock ilk), but also some older stuff (Beatles, Jimi, John Coltrane).

I'll fill up the boxes as much as I can. If you don't want plastic cases, that could likely double or triple the amount of CDs that are able to fit in a box.

Just let me know what you're interested in, and we'll see what we can do. I'd also be happy to give recommendations based on what you like. (Sorry to country music fans, as that's one genre I don't really touch.)

Now, you know I'm too lazy to type up all the CDs I've got available, so I'm just going to post a few pictures. Please note that there are a handful of rare/valuable CDs that I'll probably try to sell for a few bucks on eBay, so not all of the pictured CDs are available for the "yours for the price of shipping" deal.. but the vast majority are. Oh, and I also haven't pulled out my "top 20" to keep yet (a future post, perhaps?), so some of these I might nix. There are also a few burnt CDRs in here, but those should be easily identifiable for the most part. If you're interested in anything, please please get in touch and let me help these CDs find loving homes! 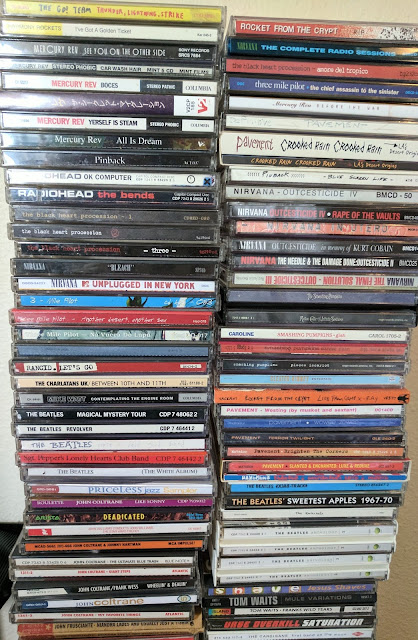 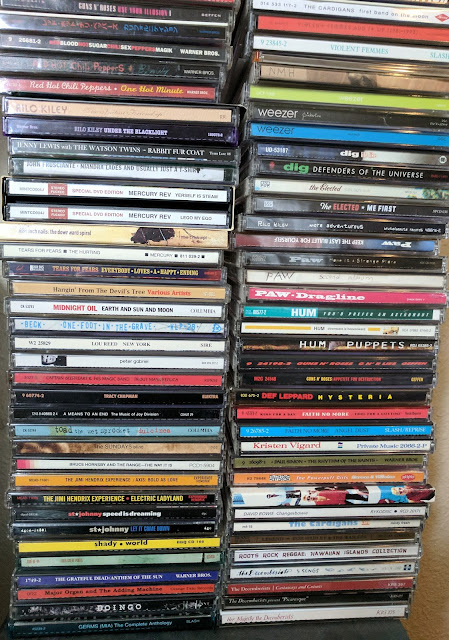 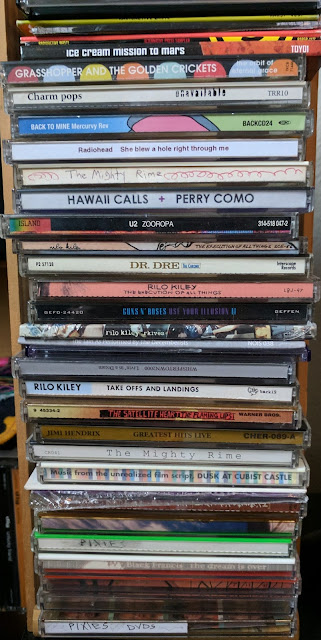 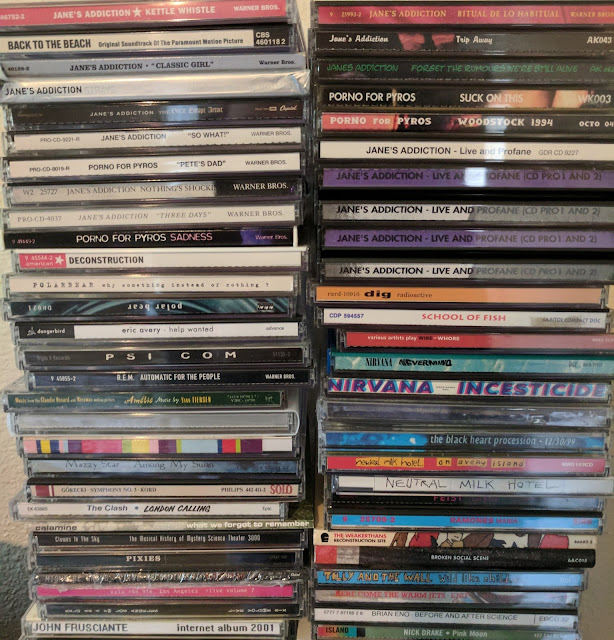 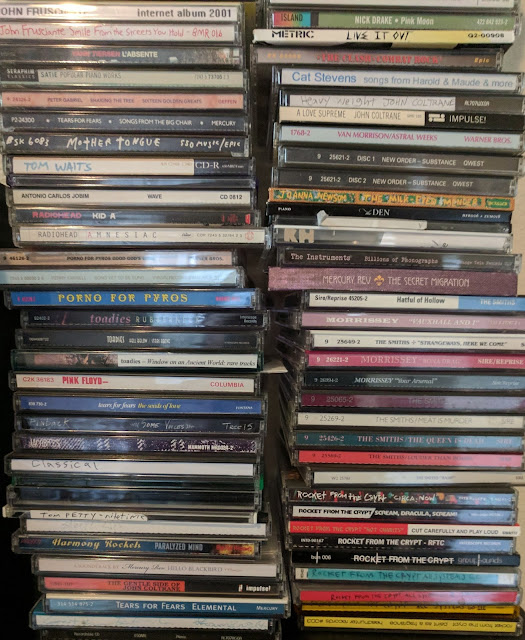 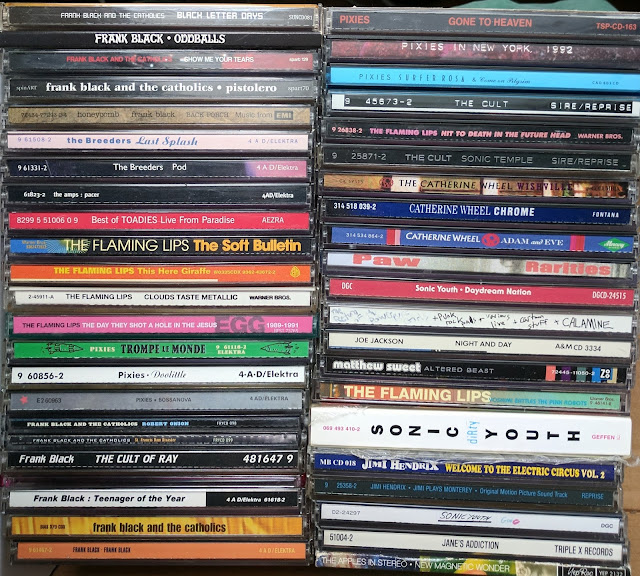 Update! Here are some of the CDs that are no longer available:
Beatles, REM, Nirvana, GNR, RHCP