Ok, I dragged it out long enough, so let's finish documenting my haul from the October card show. You might want to put on your sunglasses for this one.. it's nothing but a big stack of shiny refractors. 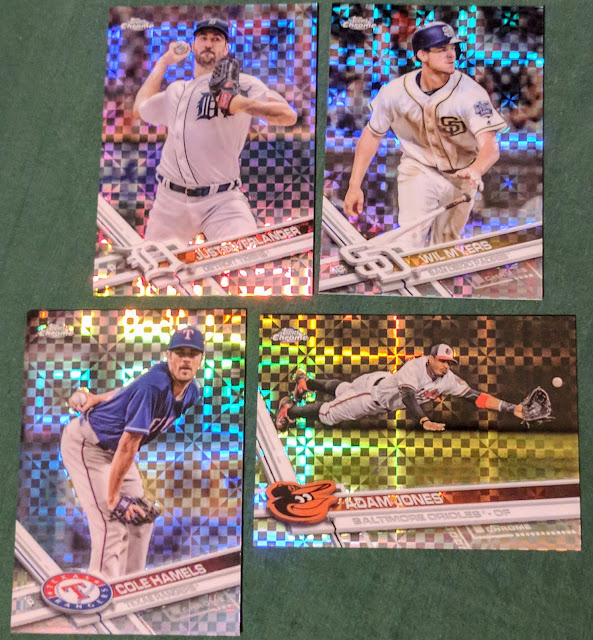 Xfractors this year are apparently exclusive to Wal-Mart Mega Boxes. Verlander has been very impressive since the trade to Houston. Rounding out this quartet are the face of the Padres, Wil Myers, plus native San Diego boys Cole Hamels and Adam Jones. 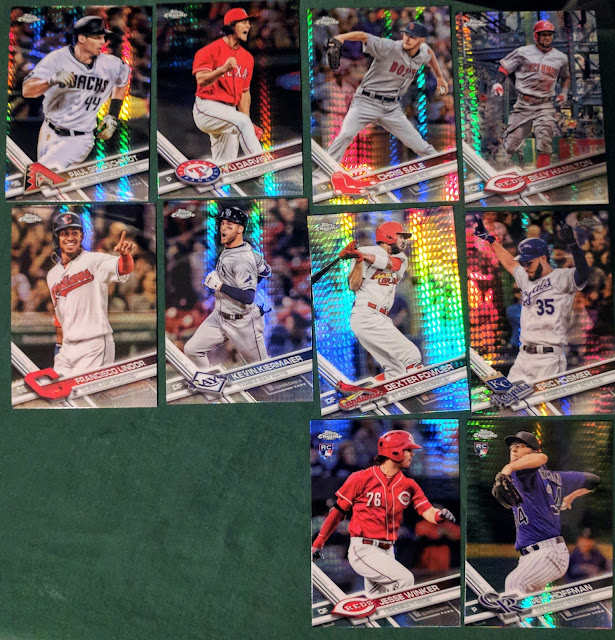 Something's a little fishy here... a big lot of fishfractors! (That's what I call these scaly-looking things because I refuse to call them by Topps' official name of "Prism Refractors" which was obviously just to antagonize Panini who already had their own Prizm brand.) Several good names here, though Dexter Fowler caught the light best in the photo. 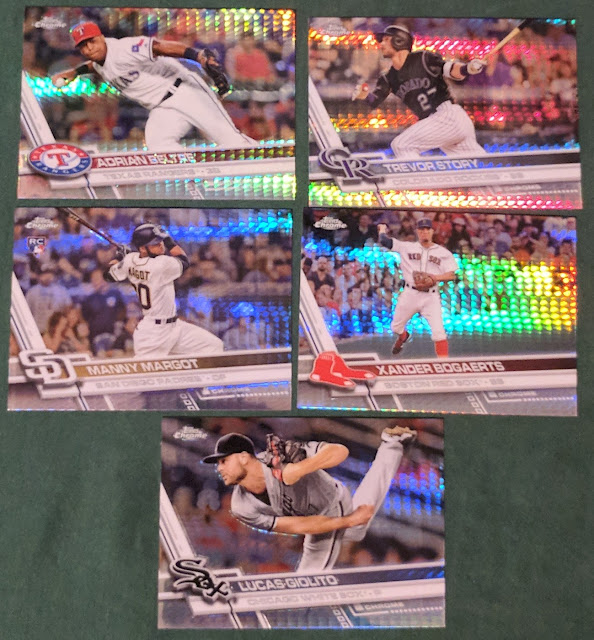 And a few more, horizontal this time. 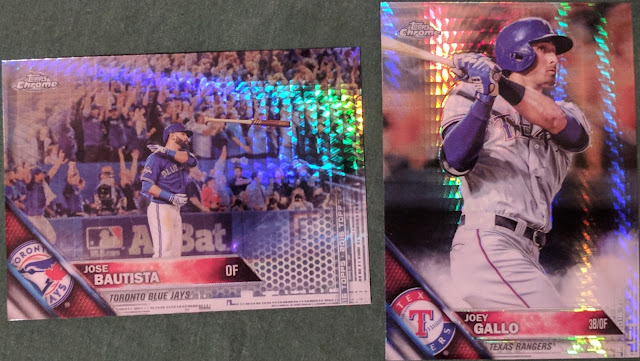 Going back to 2016 for this pair of rival teams. 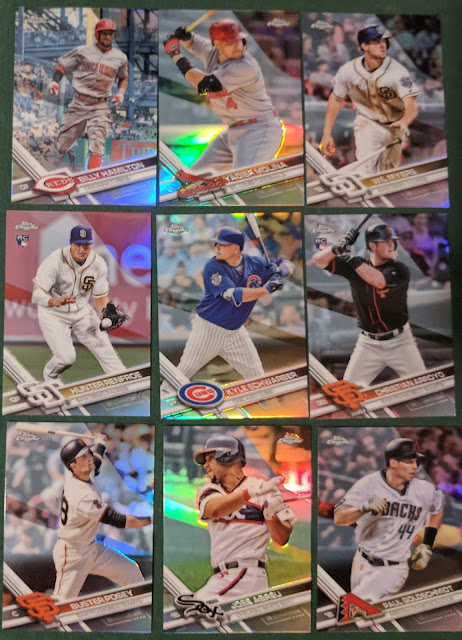 Now we're getting into the regular refractors. They might seem a little muted following all those fishfractors, but still very attractive cards. 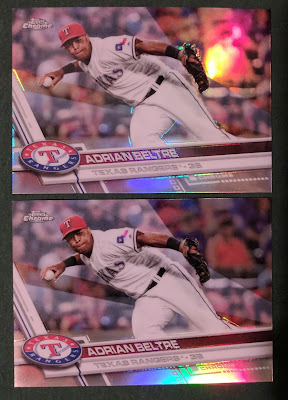 Inadvertently grabbed an extra of these Beltres, so let me know if you'd like me to set one aside for you. 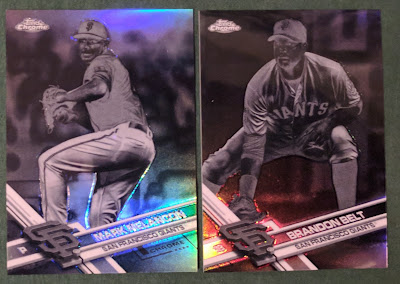 I think I've decided not to do a separate "trade bait" post from this show's haul, but I did score some good stuff to add to my trade box. I seemed to especially end up with interesting Giants cards at the show, such as this pair of negative refractors (also known as the "Topps Is Out Of Ideas" parallel). So any Giants collectors should hit me up for a trade sometime soon (ARPSmith, you out there?) Also some neat Brewers for next time Tony L. or Matt Prigge or whoever has some cards for me. 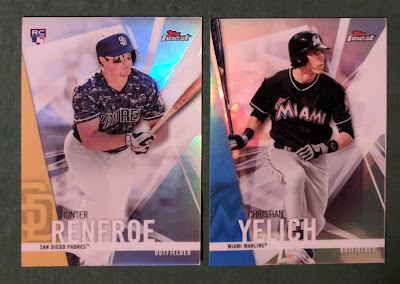 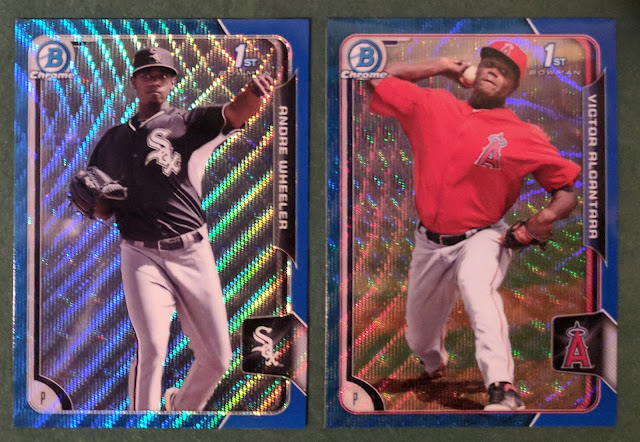 And finally for today, a pair of blue wave refractors from 2015 Bowman. Never heard of these guys, but I won't likely pass up a wave refractor for a quarter.
Let's see..
Andre Wheeler didn't have a pretty 2017, still grinding down in the low minors.
Victor Alcantara pitched well enough to earn a September call-up with Detroit this year after coming over from the Angels for Cameron Maybin.

So there's that! A whole lotta shiny. Thanks for swinging by.
Posted by defgav at 3:10 PM