I'm currently in one of those bogs where I've got a lot of different stuff I want to post about and not a lot of time to type up posts. So here's a quick rundown of a few more cards from my quarterbox haul at the card show last weekend. 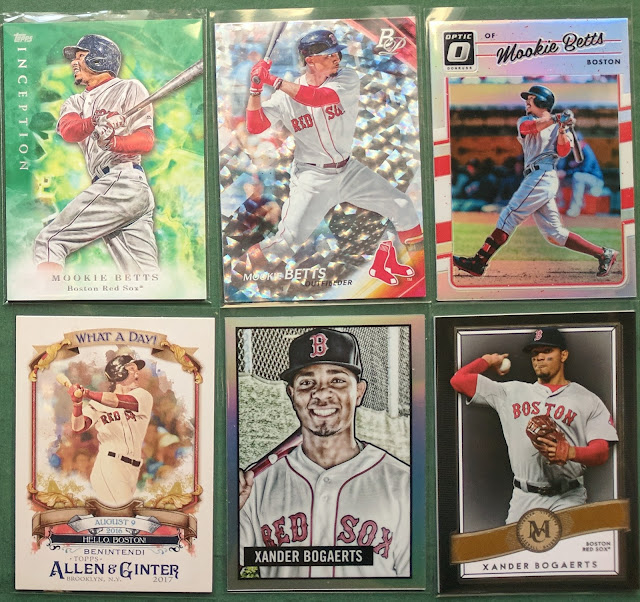 Some Boston goodness. I was kinda sad to see them get eliminated yesterday, though Houston has fun a team that's hard to root against. Nice trio of Mookie Betts parallels here, plus a Benintendi insert, and a couple Bogaerts.

Some Dodgers. I was hoping Arizona could challenge Los Angeles more than they did. Oh well. Here we got a Kershaw GQ "Missing Black Plate" parallel, a Corey Seager RC, and a Jansen chrome parallel #/999. 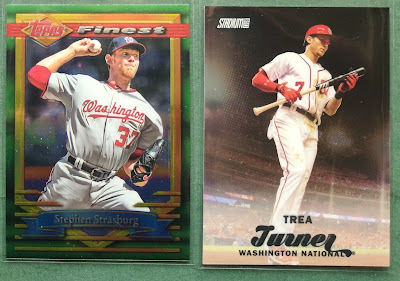 The Nats need to score some runs against the Cubs this afternoon to stay alive (update: postponed by rain). The Trea Turner card is a Chrome parallel, though it might not be obvious in the pic. COMC is telling me it's a $4 card, so not bad for a quarter! (The Strasburg on the other hand is going for $0.43... hey, they can't all be screamin' deals. Pretty sure it's a PC need, at least.)

Yankees surprisingly forced a deciding Game 5 against the Indians. That'll be interesting. I grabbed the Torreyes just because those blue burlap parallels look cool. While not serial-numbered, they apparently have a print run of only 50. 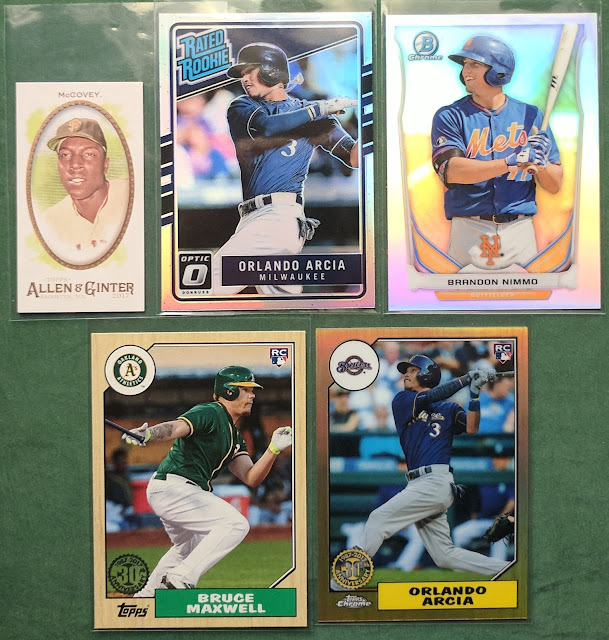 And a few more cards. The McCovey mini is a SP.

Thanks for stopping by.
Posted by defgav at 3:23 PM