Sentimental Sunday from the card show

This post will try to cram together a few themes.. still showing off my pickups from yesterday's card show. Plus it's Sunday and I've been trying to keep doing Sentimental Sundays posts. Plus all this month I've been featuring notable stuff from my music collection.

Most of the cards in my latest card show haul are from the past few years, though I did pick up a few cards from the 90s too, so let's check those out today. 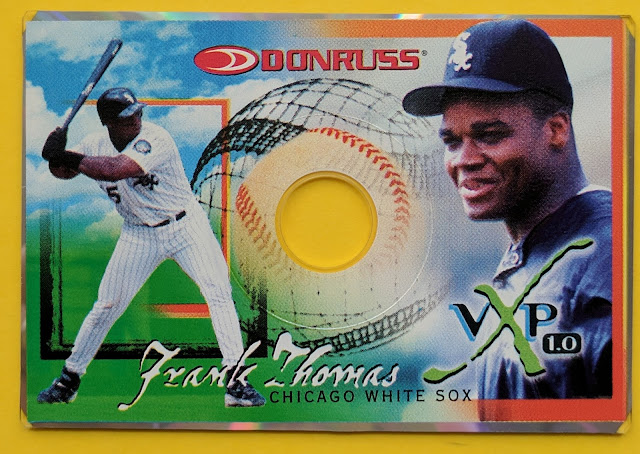 Gotta admit I'm fascinated with "cards" that are actually CD-ROMs. I've shown off some Upper Deck Powerdeck examples before, but this is my first of Donruss' attempt, apparently called VXP 1.0 (not a very catchy name). It's from 1997.


I popped in the CD to check it out on an old laptop that could handle abnormally shaped discs like this. Similar to the Powerdeck cards, there's a nice highlight video. There's apparently also a little trivia game called "Swings & Misses" but I didn't install it. The "card" is a bit taller than a standard card, closer to '89 Bowman, but still pretty much fits fine with the rest of my Big Hurt PC.

Speaking of oddly shaped CDs, check this out... 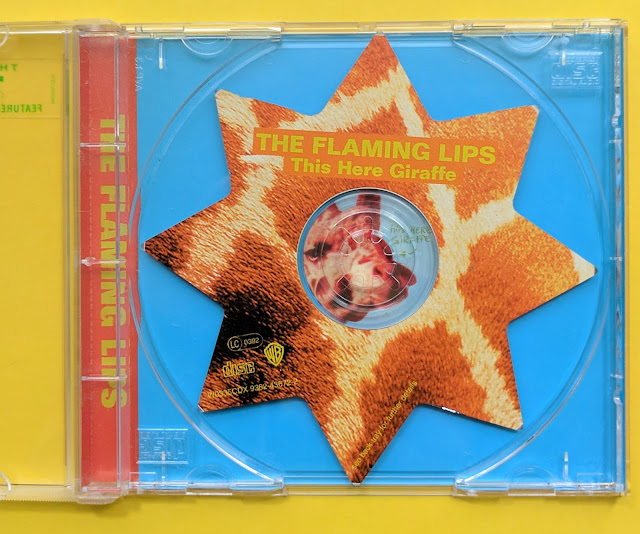 The Flaming Lips are one of the most creative/weird bands around. Not only are they known for putting out sometimes-strange music, they also sometimes release it in strange forms. This is a funky shaped CD single that came out in 1996 for their song "This Here Giraffe".


Fun band. I caught them live once in 2000. BTW, I've got several Flaming Lips CDs available to a good home, along with lots of other 90s alt rock stuff. Check out my post from last week for more info. 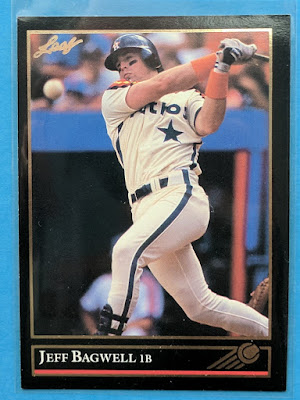 I kind of don't want to go buckwild with my modest Jeff Bagwell PC, though I do pick up a neat card for cheap once in a while, and maybe someday I'll eventually get him into my Hundred Card Club. This isn't a standard 1992 Leaf Black Gold card, but rather a "Preview" version that's a bit more scarce.

Speaking of Killer B's from the 90s, the Breeders were pretty big in the 90s, specifically for the "Cannonball" song that was all over MTV circa 1993/1994. I was a big fan of theirs. Though I didn't see them live in the 90s, I did eventually catch them in early 2002, and got Kim Deal's autograph after the show... 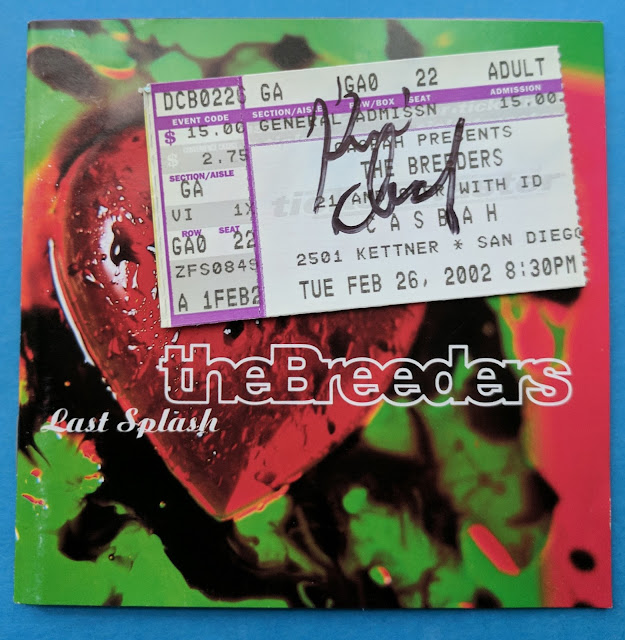 That was a thrill. Also caught them again many years later (2013) in Portland. Kim Deal was also in one of my other favorite bands, the Pixies. 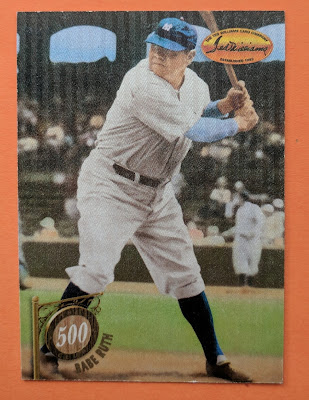 Here's a Babe Ruth "500 Home Run Club" card from 1994 Ted Williams Card Company. I just thought it was kind of cool thanks to a texture that almost feels like cloth, so I threw it on my stack. 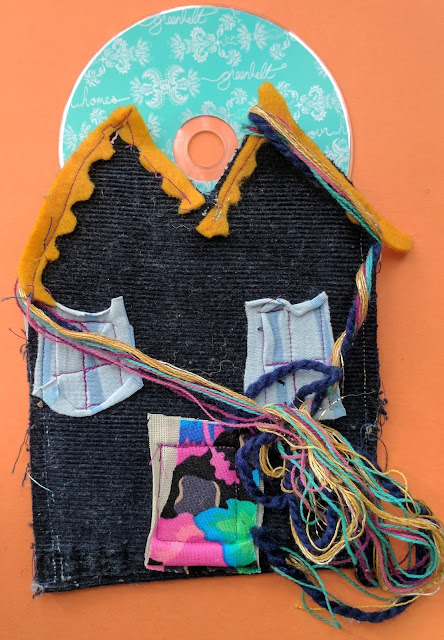 Speaking of cloth, here's likely the most unique item in my CD collection. It's one-of-a-kind, in fact! Back in 2007, I went to a show by an artist called Casiotone For The Painfully Alone, and one of the opening bands was a fun group from Canada called Greenbelt Collective. I hadn't heard of them before, but enjoyed their set so much that after the show I bought a CD. One of their moms sewed up a whole bunch of special CD cases, all very different (the album is called Our Homes, so that's why the case is a house). I liked the blue and orange of this particular one, so picked it out of the available options.


Love that album, and really appreciate the personal touch of a hand-sewn CD case. 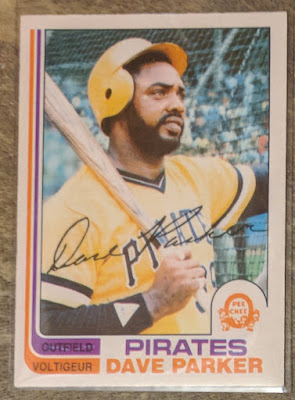 Only one card from the 80s in my quarterbox haul from yesterday, that being a 1982 OPC of badass Dave Parker. 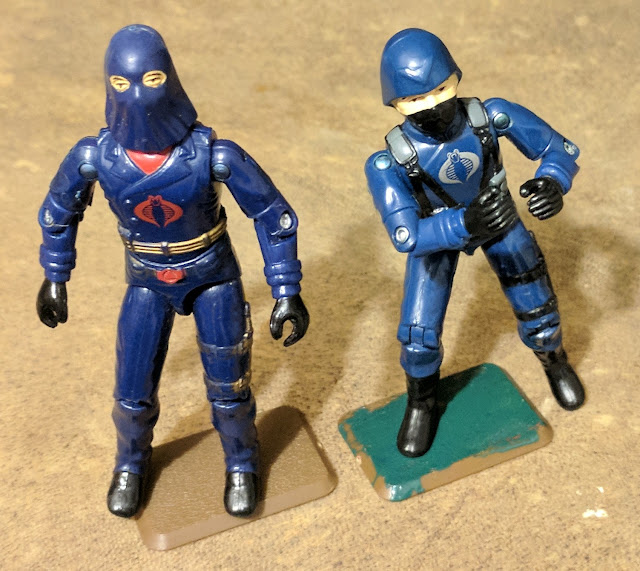 COBRA!!!!!! Time for the toys part of this Sentimental Sundays post. I was big into GI Joe as a kid in the 80s. These are a couple Cobra bad guys I managed to hang onto over the years. Still in pretty good condition! 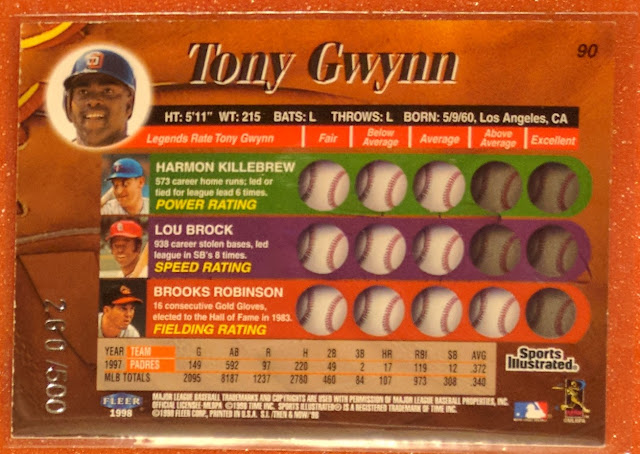 I don't pick up every Tony Gwynn card I come across, as that would be overwhelming. But once in a while, I'll grab one that catches my eye.. and a good way to catch my eye is to be serial numbered. This one even has cameos on the back of Killebrew, Brock, and Brooks.

Tony was definitely one of the good ones. 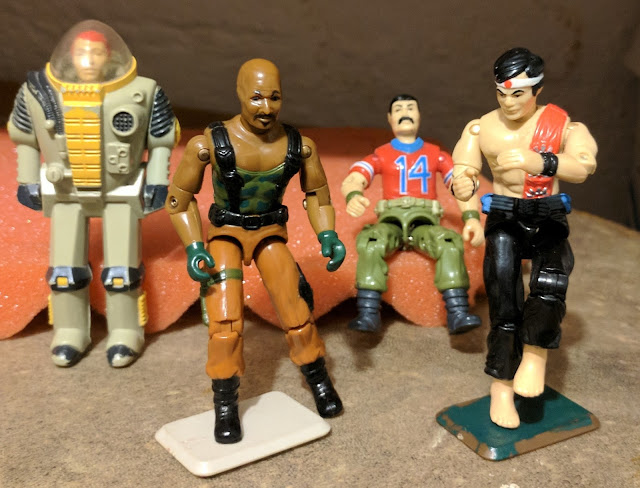 And continuing with GI Joe, here are some good guys. The submarine dude is from my childhood collection (remember playing in the tub with him), but I think the other 3 were actually picked up many years later, in a trade for CDs or something. I haven't taken the plunge of buying old toys on eBay, though there are lots of stuff I'd get a kick out of picking up... Maybe someday down the line if/when money and space are less of an issue. 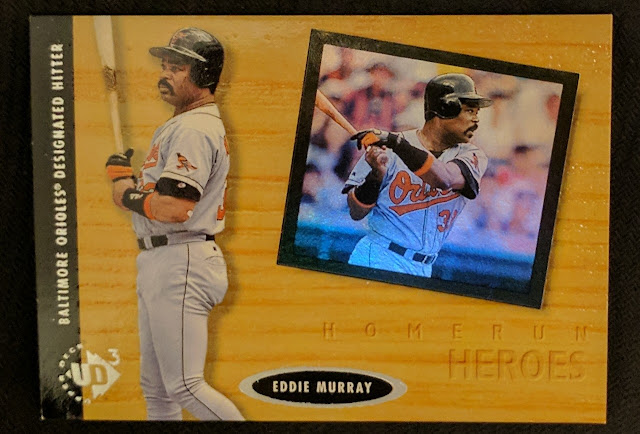 Last card of the post. This 1997 Upper Deck UD3 seemed pretty neat.. it's got a "bat" textured surface, plus a shiny foil inset photo. 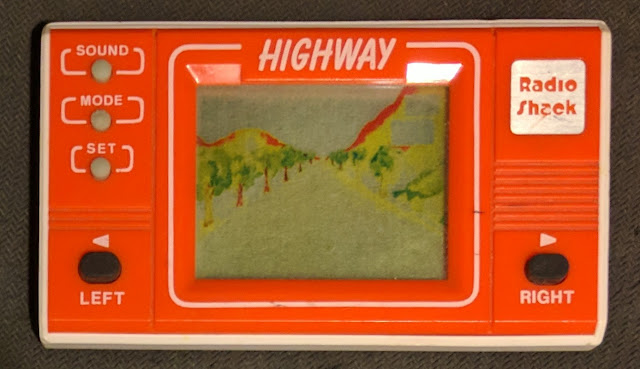 And to pair up the card with this item.. well, um, it's orange like the Orioles colors. And uh, Steady Eddie kept his HOF career in cruise control on the highway of life. Whatever. These little digital games sure were a lot of fun back then, though compared to today's video games, it was the equivalent of hitting a rock with a stick. I'm tempted to find a battery to put in this thing to see if it still works.


That's all for today. Hope you enjoyed these blasts from the past. Thanks for reading!
Posted by defgav at 3:35 PM