trade roundup (Nachos off the wall)

Got a couple recent trade packages to show off.

First up.... I claimed a couple consecutive Trade Stacks from Nachos Grande a week or so ago. 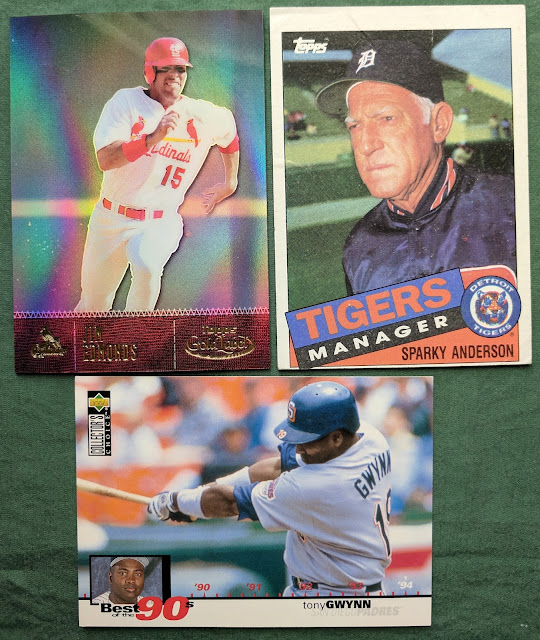 The first stack was pretty big (26 cards), and these are among the ones I was interested. I kinda-sorta collect Jim Edmonds, and I'm a sucker for Topps Gold Label.. specifically the classic Gold Label cards from the turn of the millennium that were on hefty Chrome refractor stock, not to be confused with the current reboot of the product that's on disappointingly flimsy foilboard. (sorry I've been whining about that a lot lately.)
And it's a creased and miscut, but hey, I need the '85 Sparky Anderson for my PC. (I consider him a former Padre in the HOF, as he coached for San Diego in '69 before taking over the Reds the next year.)
Chances are I already have that Gwynn, but I'll have to check. 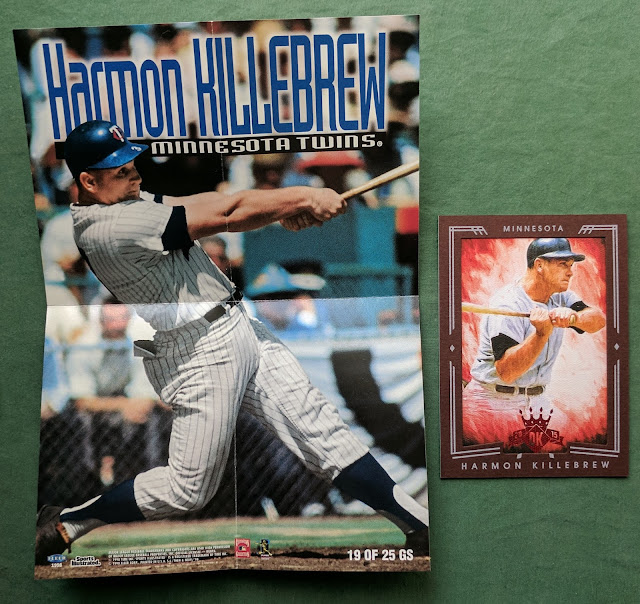 The other draw for me in the first stack was the Killebrew mini poster. And then the 2nd stack consisted just of the framed Killebrew and I wanted that one, too! Unfortunately I was too slow to save Chris a stamp, but he kindly let me have it as well. (I sent him back several 2017 Archives needs for his setbuild and a Barry Larkin I think he needed.) 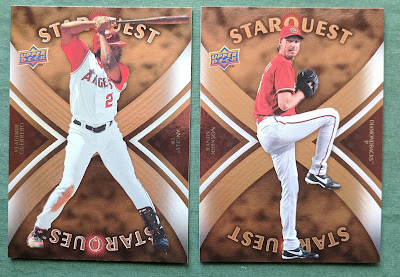 He surprised me with a couple "uncommon" Starquest cards in the second envelope, Vlad and Big Unit.

Next up is a big package from Shane Katz. His blog is Off The Wall, though it hasn't had a new post in a few months. But he's still active on Twitter.

This package was a Padres dump, and while I generally discourage traders from blindly dumping their unwanted Padre cards on me, I definitely understand it's easier to just sort cards by team and ship them off. And with a big lot, it's still fun for me to go through a bunch of Padres, even if I'm not exactly much of a team collector by nature. And in this instance, I'm happy to say the stack of "keepers" was much larger than the stack of "rejects." 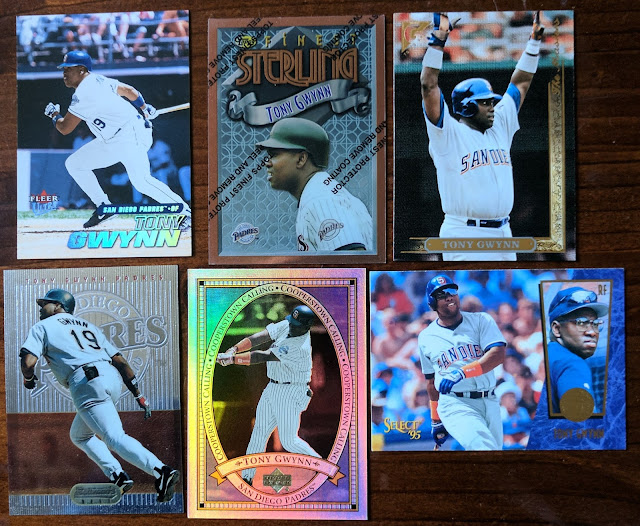 Tony Gwynn was the star of the package, without a doubt. Lots of nice cards here.. And Tony wearing glasses?! That's a strange sight for me. 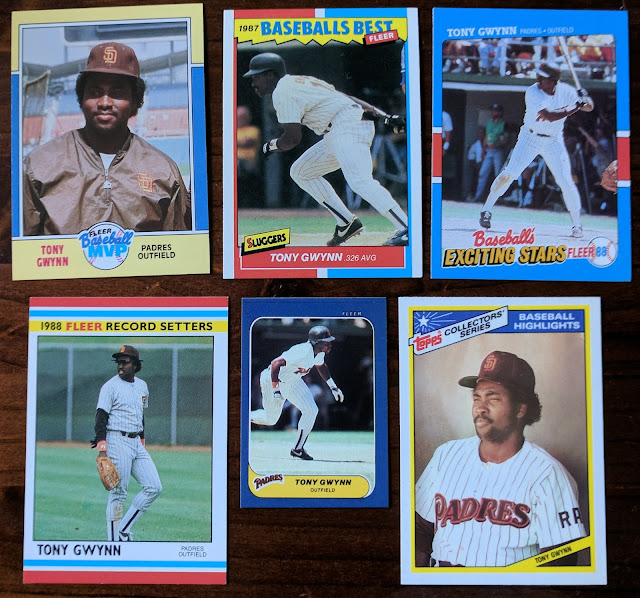 Some obscure "limited edition"/"collectors' series" sets from the 80s represented here. In addition to collecting Red Sox, Shane is a big oddball collector, so it's no surprise he's dug up some cards I haven't seen before. 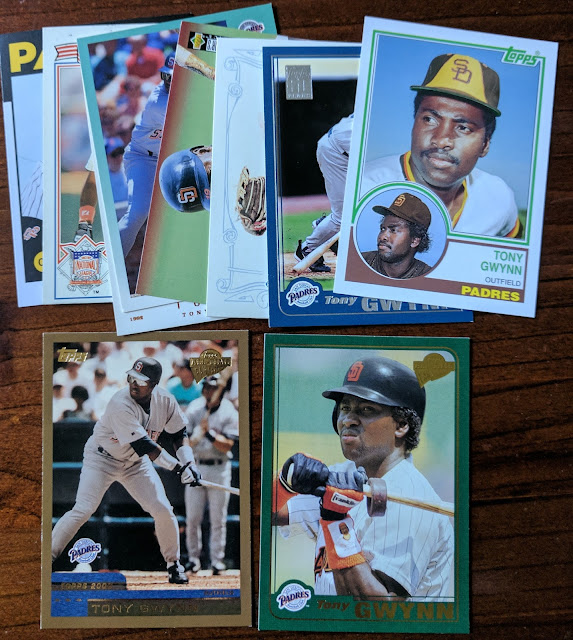 And some more Gwynns, with a couple cool Fan Favorites among them. 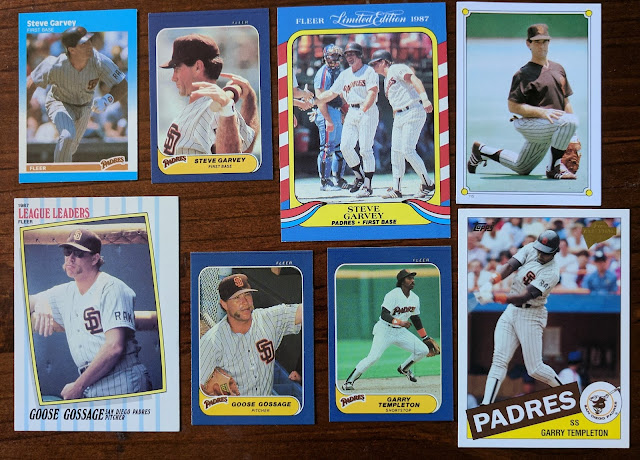 It was 33 years ago today that the Padres lost the 1984 World Series to the Detroit Tigers. Here are 3 guy who were a big part of that pennant-winning run. 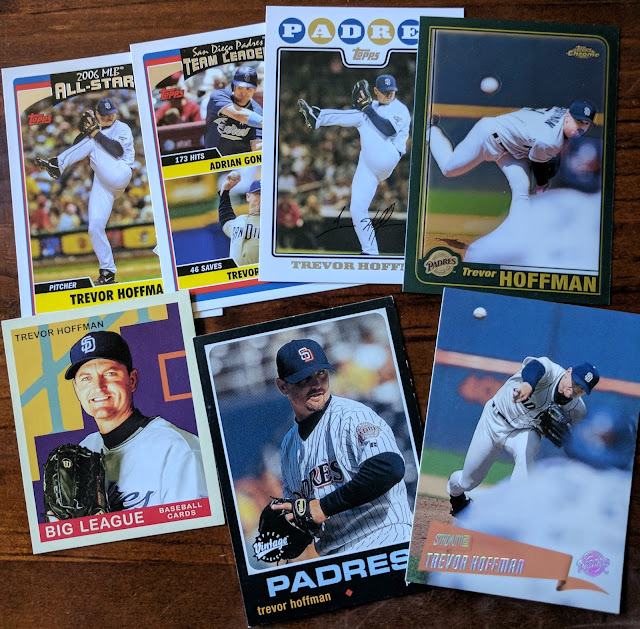 Some additions to the Trevor Hoffman PC here. Hopefully he gets the call to the Hall next year and his cards see more respect from collectors. 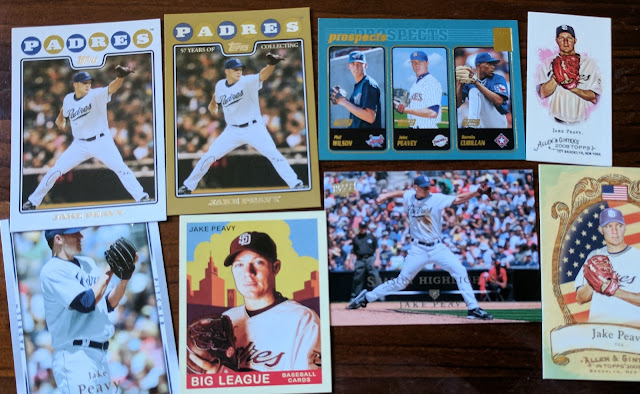 Nice Jake Peavy lot. At the start of the season, he had talked about making a mid-season comeback once he worked out some homelife issues. Haven't heard anything about him since, though, so I'm guessing his career may be over. But who knows, maybe he'll give a 2018 comeback a shot. 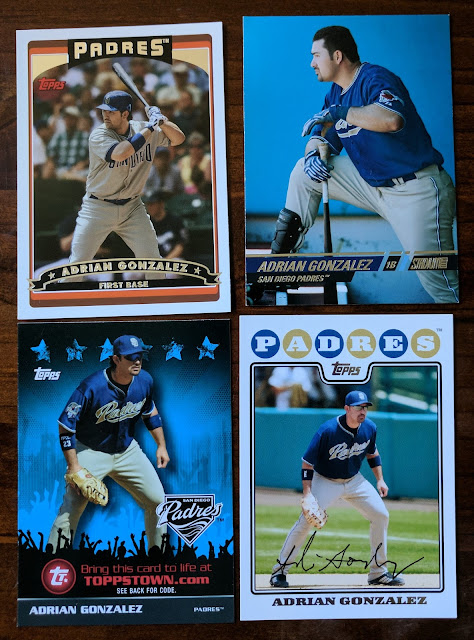 Adrian's Dodgers made the playoffs despite a bad, injury-plagued showing from him this season. Some wonder if his chronic back issues mean we've seen the last of him on the diamond. Again, I guess we'll have to wait and see how 2018 shakes out for him. 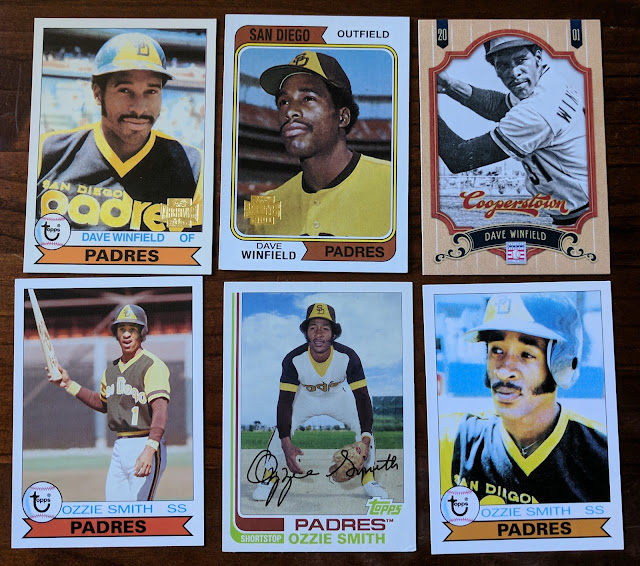 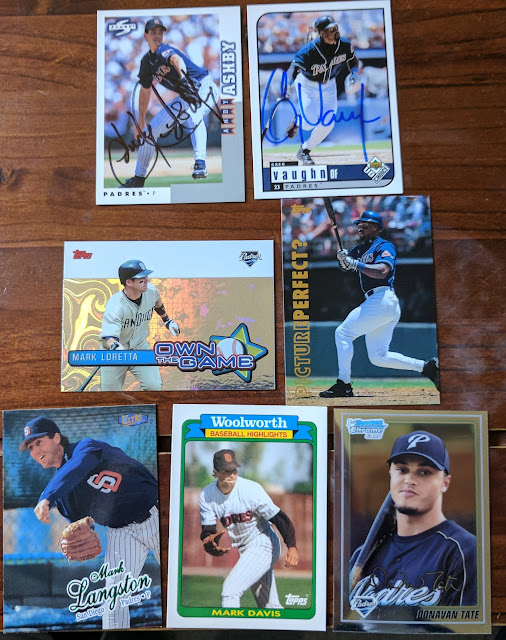 IP autos of Andy Ashby and Greg Vaughn are pretty cool! I really like the look of those Woolworth cards. Donavan Tate was a bust as a ballplayer, but is attempting to hit rewind on his amateur decision to pick baseball over football, and has returned to college, now a quarterback for the Arizona Wildcats of the University of Arizona. How awesome would it be if he managed to become a great quarterback and all his worthless Padres prospect cards became valuable! ha 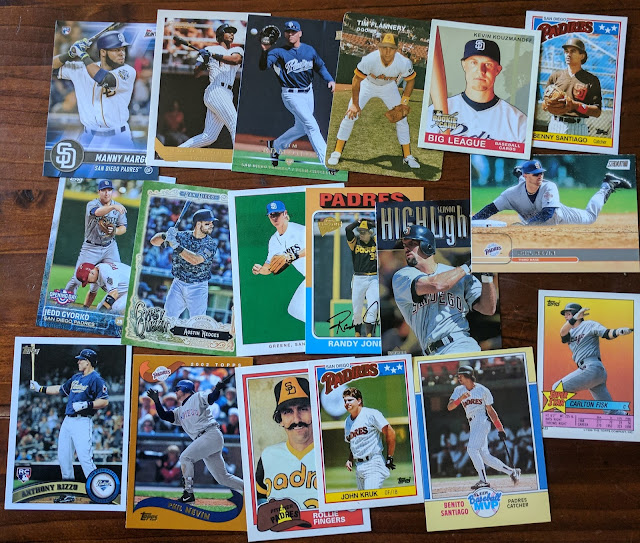 And the rest of the keepers. Peep that Anthony Rizzo RC! And yes, a Carlton Fisk card even worked itself into the Padres package. It was included because the back has a sticker of a Padre (Chris Brown?), but joke's on Shane because this White Sox card is going in my Fisk PC whether he likes it or not! LOL

But seriously, big thanks, Shane! I very much appreciate the package. Lots of good cards in there. I'll work up a return for you soon.
Posted by defgav at 3:43 PM