Thanks to everyone who's given me condolences for the loss of my pooch. I appreciate it. The cardsphere is a great bunch of folks.

I was on the fence about going to the monthly card show today, and it went down to the wire, but after breakfast, I decided to throw on some real pants head out. It turned out to be a light day for me as far as my wallet was concerned, as I think I only spent $11. But I brought home a bunch of cheap cards I can use. 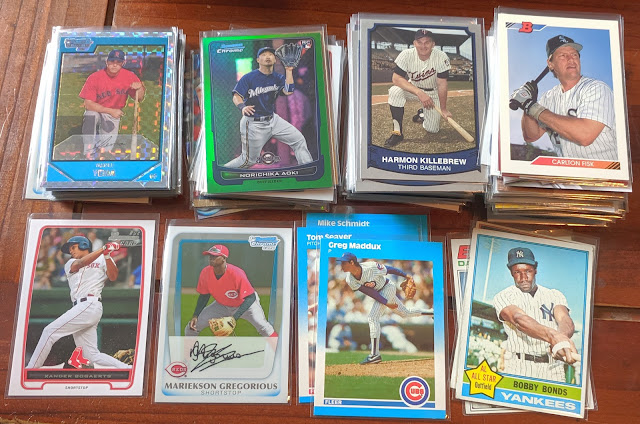 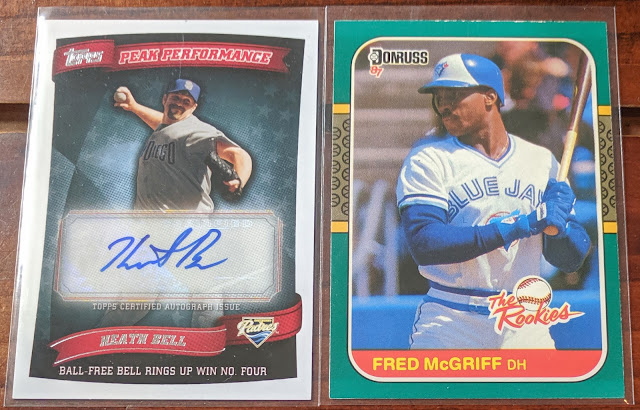 I'd snag any certified auto for 4 cents, but with Heath Bell being a notable Padre.. slapped that down on my stack ASAP. And the McGriff tickles me as it's a rare example of a player spitting on his card. 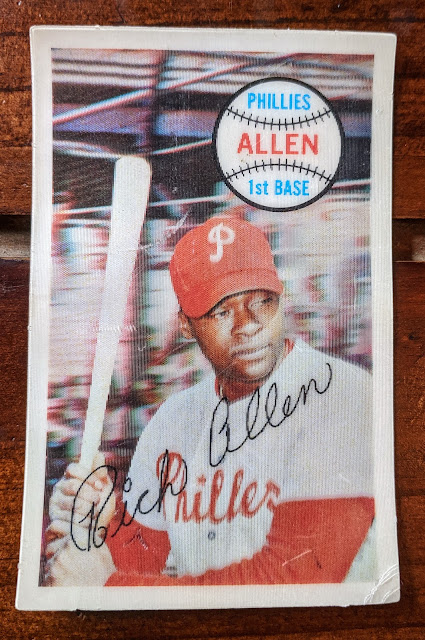 Probably my favorite pickup of the day was this 1970 Kellogg's Richie Allen. Not perfect condition, but at just 4 cents, hell yeah. 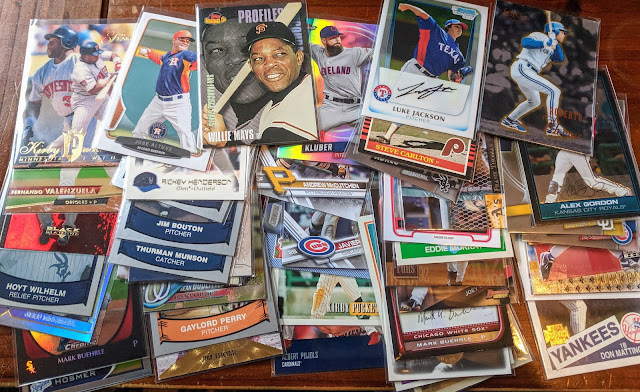 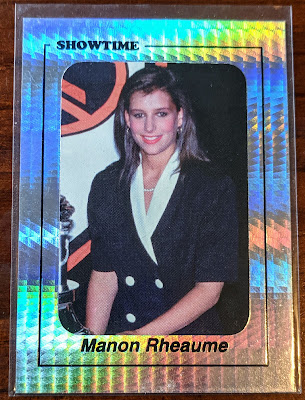 This shiny Manon Rheaume was a National exclusive from 1993.

And some Ted Williams cards that are also kinda numbered.

Numbers on the bottom, though it doesn't say out of how many.

And that's about it. Thanks for reading.
Posted by defgav at 3:52 PM