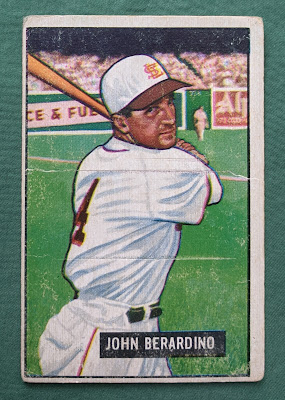 I was watching the classic North By Northwest last weekend and browsed over to the film's Wikipedia page while I was at it. Turns out John Berardino, who has a small role as a cop, had been a baseball player. I looked up his cards and ended up pulling the trigger on this well-loved 1951 Bowman card. Apparently he went on to play Dr. Steven Hardy on General Hospital for over 30 years. Wow! 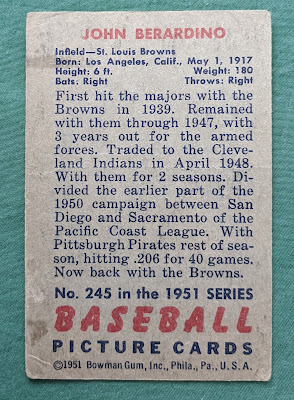 
Being a card collector means never getting rid of a box before first asking yourself, "Could I store cards in this?" pic.twitter.com/7g93oOB6dX
— Baseball Card Breakdown (@breakdowncards) November 14, 2019

I "salvaged" this box from work. With a length of 30", it might be a bit too long, but I'll probably find a way to make it work for cards.

Here's a Tom Seaver gif I made a few months back that I recently realized I hadn't posted to the blog yet. It was his 75th birthday yesterday.

Here's a gif I made for a Jimi Hendrix post over at my other blog, the 1991 MusiCards Blog. We're still working through the classic rock of the Legends subset. Gonna be at least a couple more months till we break into the 90s pop stuff.

Finally, I'll leave you with a little Calvin and Hobbes gif I whipped up today. The classic comic strip debuted on this date back in 1985.