Cards from Matt, Larry, and Bo

A trade roundup post is good for Thanksgiving, I suppose! Thankful to have great trade partners to swap cards with. Today's post features cards from 3 good trader buddies of mine whom I've dealt with several times in recent years. These cards all arrived a month ago, and while I typically try to feature incoming trades on my blog within a week or so of receiving them, I got preoccupied with my dog's rapid sickness and eventual passing, and many things were placed on the backburner. 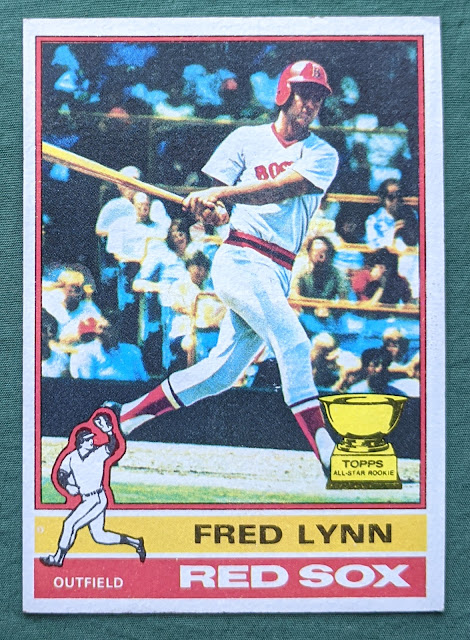 Matt from Diamond Jesters was a winner in my kickoff contest at the 1991 MusiCards Blog. He selected the last Wade Boggs Simpsons custom TTM autograph I had available (well, of course I kept one for myself, too!). I figured as long as I was sending him a card, I'd propose a little "time-traveling trade" for that neat idea of his where he has a group of cards and trades them for any older cards, hoping to eventually wind up with a bunch of really old cards. There were 4 cards on the list that I needed for my 1976 Topps setbuild, so I traded him a few '72 triplicates I had from the big lot I got a couple card shows ago. 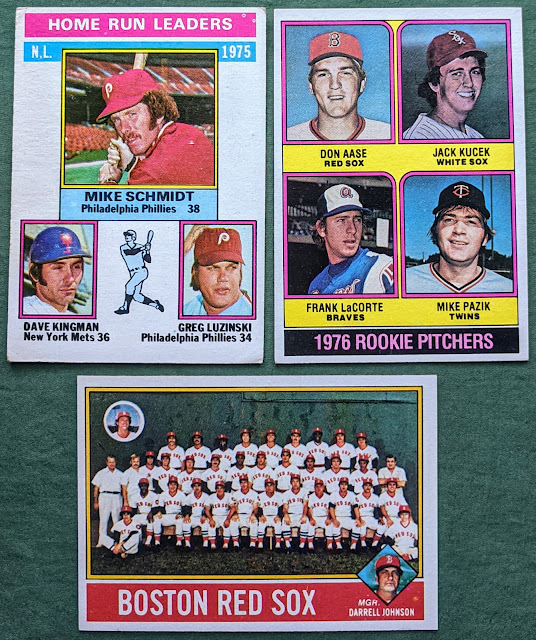 Thanks for the trade, Matt! And congrats again on the contest win.

Not to harp on sad dog stuff, but this trade will be remembered as a special one for me because the last "walksie" I ever took Annie on was a walk to drop the cards for Matt in the mail. Next up is a great bunch of vintage from Larry. He was the other winner in my big MusiCards contest, originally a stand-by winner who ended up being a full-on winner when the other prize wasn't claimed in time. Larry said his first choice was the Earl Weaver refractor auto, but if it was selected before his turn, his backup choice would be the Alan Trammell auto. Well, it turns out both cards remained on the table, so I asked if he'd like to work out a trade so he could get both cards and he was down for that idea. 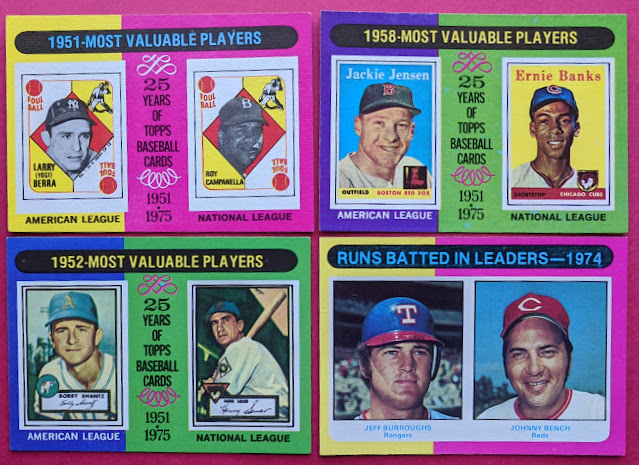 The additions from Larry pushed my 1975 Topps setbuild past the ⅔ complete mark. Sweet. 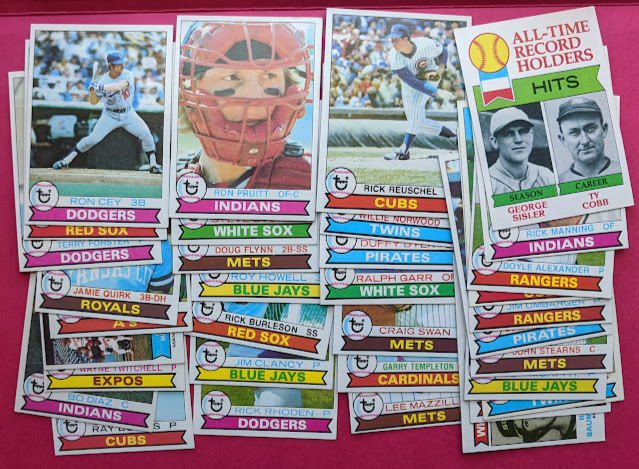 And a bunch of 1979 Topps, also in excellent condition. My 1979 Topps setbuild is now down to just 37 cards remaining. Shouldn't be much longer till that one gets knocked off.

Thanks so much, Larry!

Last incoming package to show off today is from my frequent trade partner Bo of Baseball Cards Come to Life. I shot him over a bunch of vintage on his wantlist as a little surprise and he hit me back with a great return. 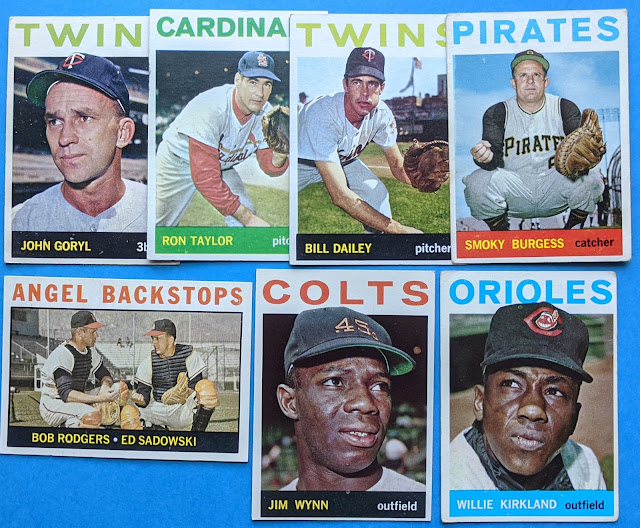 These needs/upgrades breathed some life into my stagnant 1964 Topps setbuild. But the bulk of the mailer was a fat stack of 1970 Topps. There were several cards with writing on them that I'll hope to eventually upgrade, though I'm more than happy to have them as place fillers for now. 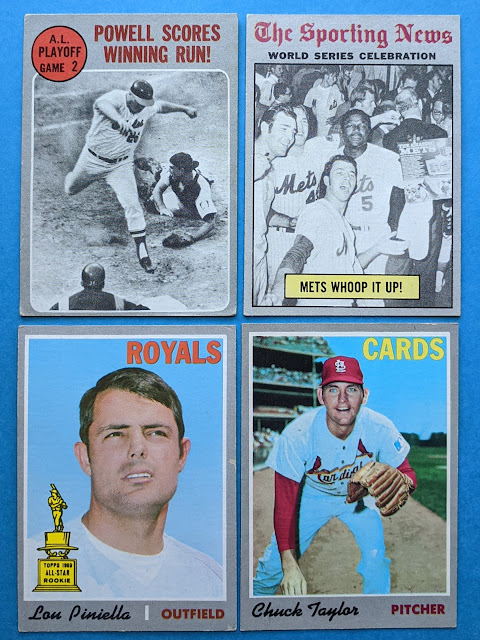 But plenty of the cards were in solid shape. 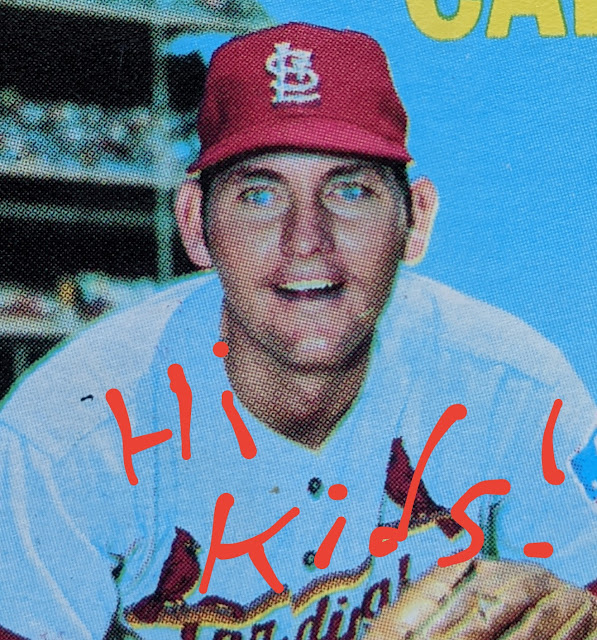 Here's a little something for your nightmares. LOL 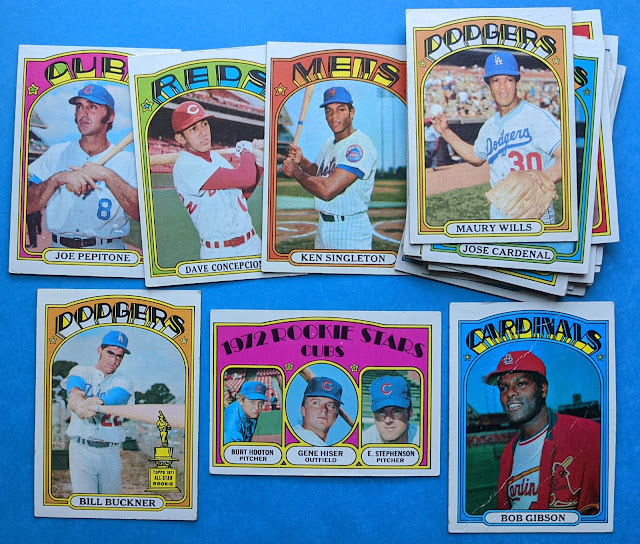 There were also a bunch of great '72 Topps. My '72 setbuild is now at 72% complete, fittingly. The Bob Gibson is in rough condition, but still very appreciated-- it's Bob Frickin' Gibson, after all! 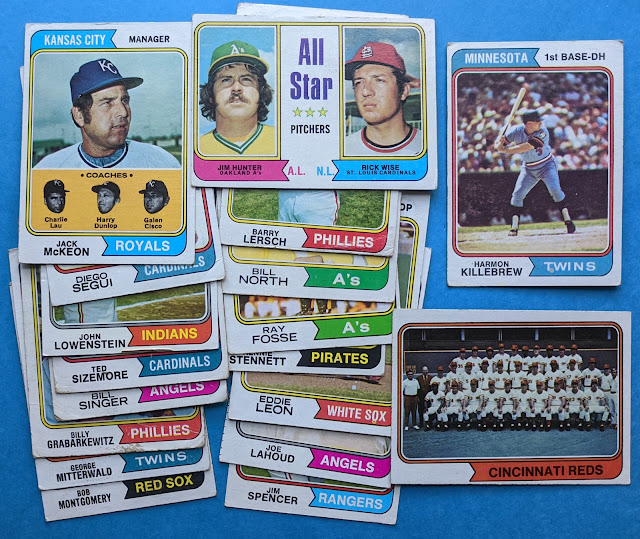 My 1974 Topps setbuild is chugging along, with just 84 cards left to track down now. 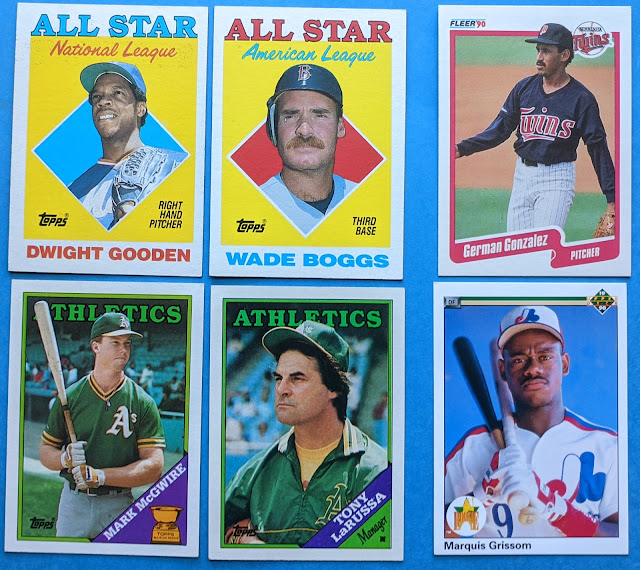 Finally, Bo was able to help me out with the last 4 cards missing from my 1988 Topps set. And the German Gonzalez card in my '90 Fleer set had a little damage, so it's nice to upgrade that one. And a '90 UD Marquis thrown in, too.

Thanks a lot, Bo! (Another package from him is already on the way.)


Well, thanks for reading and I hope you all have a Happy Thanksgiving! 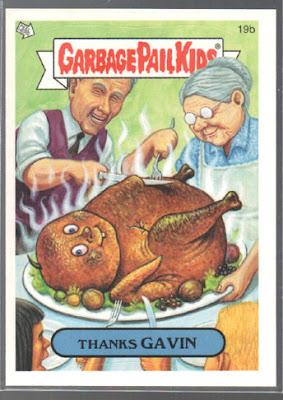