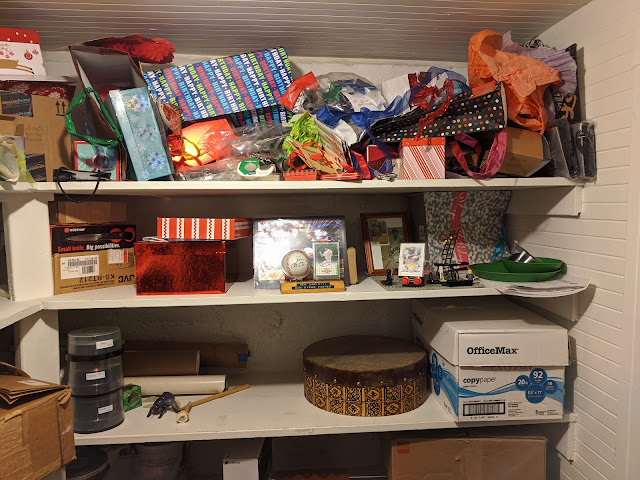 With many of us cooped up at home waiting for the coronavirus stuff to shake out, there's been some trends on social media with collectors sharing favorite parts of their collection.

I figured I'd do a post of the baseball/cards displays I've got up around the house. 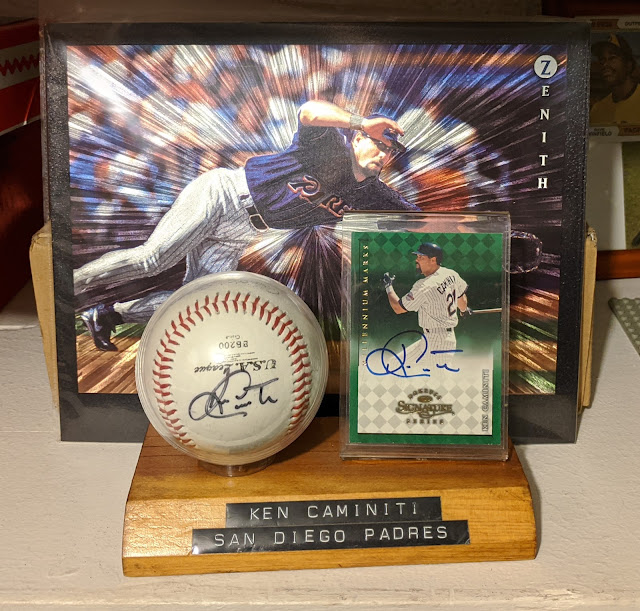 Under our stockpile of wrapping paper and empty gift boxes, I've got some displays down in the basement in the little room with my drum set (I'm not much of a drummer, but I like to pound away for a few minutes from time to time). This Ken Caminiti display helps remind me of the glorious years 1996 and 1998 when the Padres were actually good. Also reminds me to not do hard drugs. Or steroids, unless prescribed by a licensed doctor.

The signed ball and wood plaque I got together for $5 at a card show a couple years back. Swapped out the Astros base card that came with it for the Donruss autograph. The jumbo Zenith dufex makes for a nice backdrop. 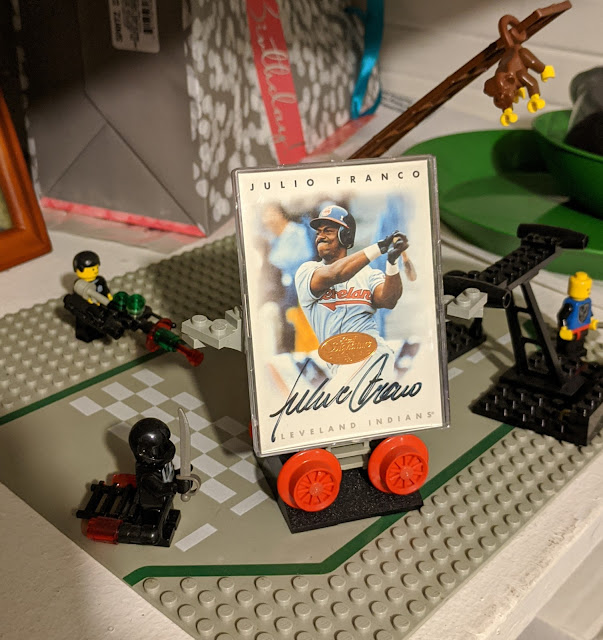 A couple of you readers might remember back when I did a post or two about making card stands out of LEGO? Well, I've got only one in use at the moment, and it's with this Julio Franco auto from '96 Leaf Signatures. 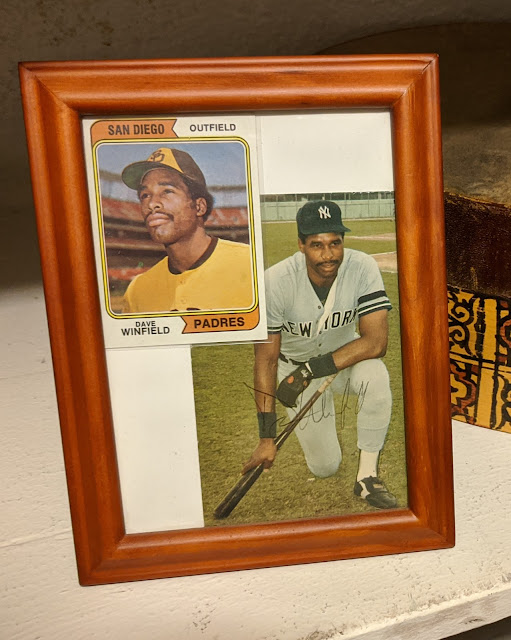 Might not look like much, but I love this Dave Winfield display. The signed postcard came from my close childhood buddy Chris who had been in little league with Dave's son a couple years earlier and got the autograph in-person. The '74 Topps rookie might be the 1st card I bought as an adult after leaving the hobby years earlier. 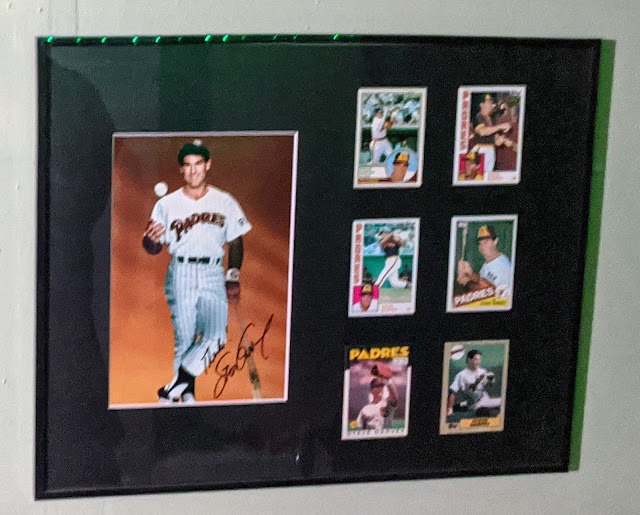 This one is in a part of the basement without good lighting, so it's a blurry photo. But that's a signed Steve Garvey flat along with a selection of Topps/OPC cards. This one came to me from the generous Padrographs Rod. He said he got the signature in person, and that Garvey said it was an unused shot for a bank ad or something along those lines. I have a lingering intention to perhaps swap out some of the cards someday, giving it more of a personal touch for me, but I've yet to bother getting around to it. 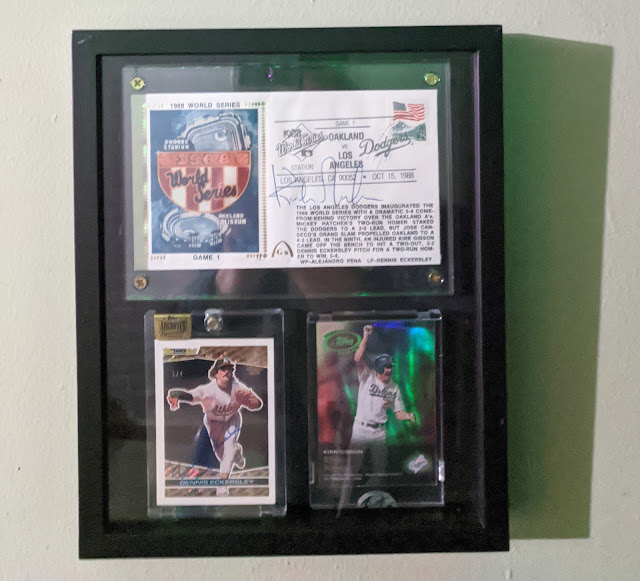 Another blurry one. This is the "1988 WS Game 1" display I've got. Bought it on eBay with the Kirk Gibson signed whatever-you-call-it ("Gateway cachet") on the top. The cards were originally 2004 Topps Retired autos, but I've since swapped them out with different cards of the same players. Posted about it back in the early days of this blog. 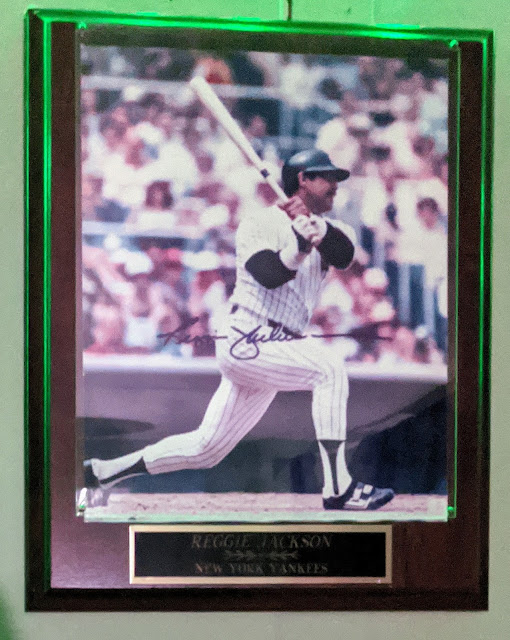 Another blurry basement one. We've got green LED Christmas lights up down there, which explains the green tint on this wooden plaque containing a signed Reggie Jackson 8x10. Got this for Christmas one year as a kid circa 1991.

Here's where I took a break to ride my bike to the post office to drop a couple things in the mail. My first time being out in the world since Thursday. Nice to get some fresh air, I suppose. First time I've ridden my bike in probably 3 or 4 years. 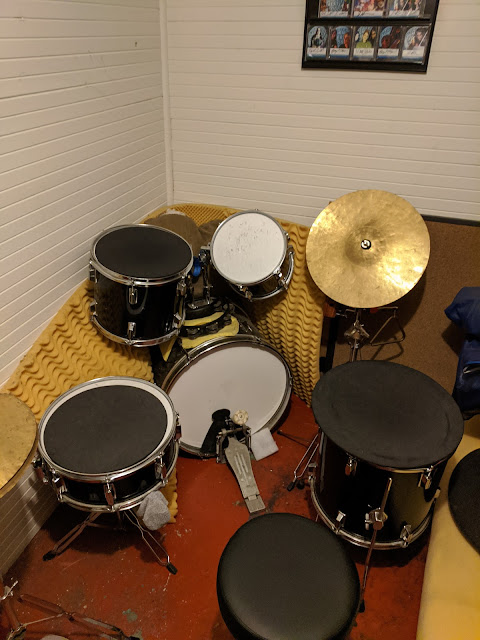 For the curious, here's my drum set. Above that... 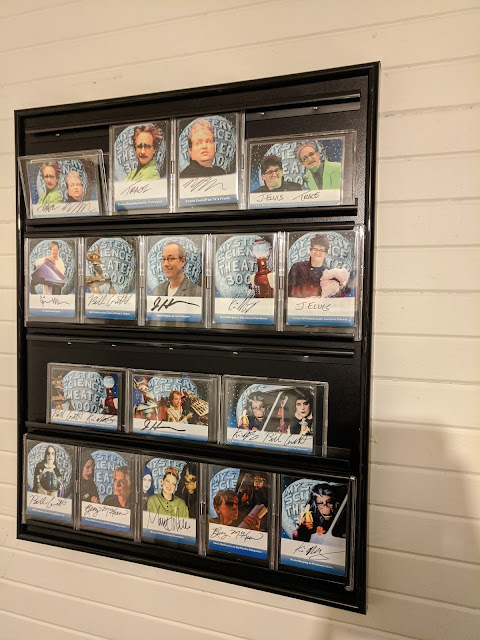 Mystery Science Theater 3000 autograph display I put together recently. I need to do a real post on this at some point. 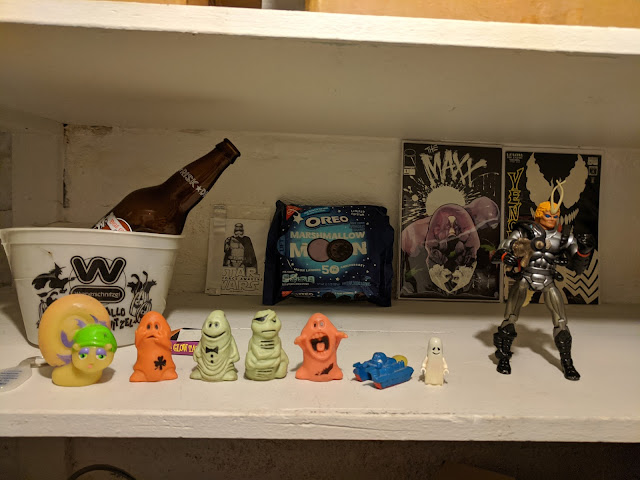 I recently started putting together a Glow-In-The-Dark Stuff shelf. Still plenty of stuff to add, but here are a few things. I envision this being chock-full of glowing stuff. Everything pictured here glows, at least in one little part of it. We will likely be moving soon, so the shelf may never achieve its promised greatness. Hopefully the next place has a similar shelf I can use for this idea. 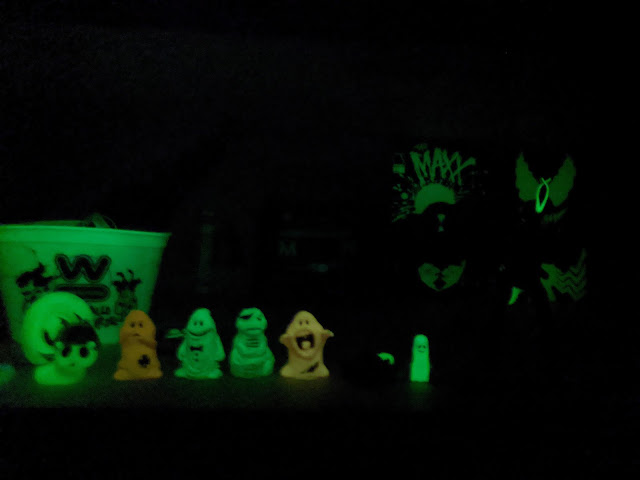 Here it is glowing. 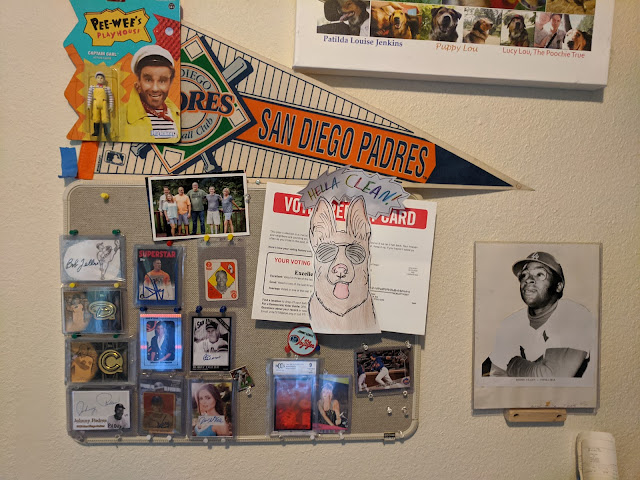 Here's a selection of wall in my card room with some cool stuff on display. My wife did the dog drawing to celebrate once when Annie got a bath. 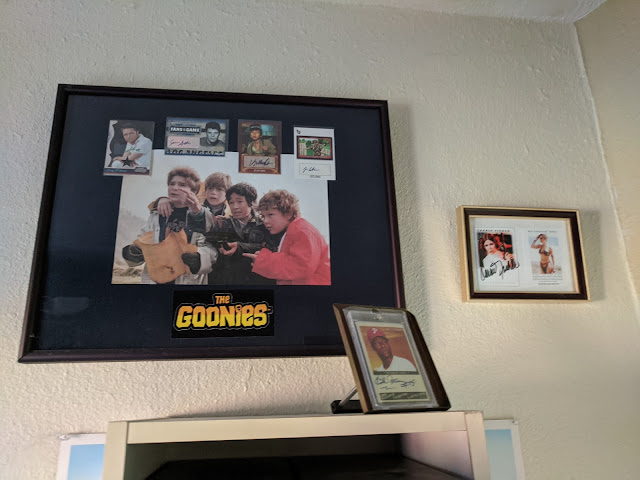 Another corner of the room features my Goonies display, a Dick Allen white whale, and my framed Carrie Fisher TTM return. 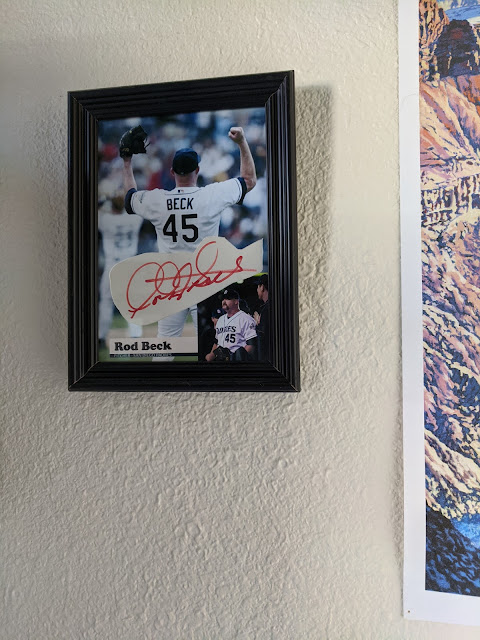 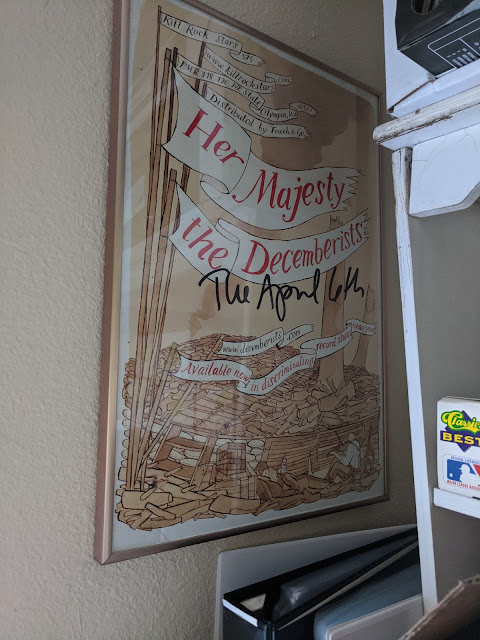 This isn't baseball/card related, but here's a framed Decemberists gig poster I grabbed from the Casbah after their show there 4/6/04.

Guess that's about it as far as stuff on display in my house that anyone might care to see.

Thanks for reading and I hope you're all doing ok during this developing crisis!
Posted by defgav at 5:13 PM