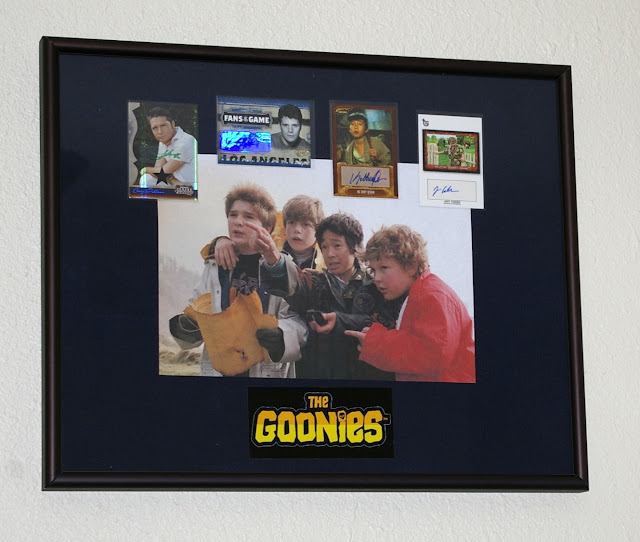 Really happy with this! Just knocked out a collecting goal I had kicking around in my head for a while now. The Goonies has been one of my all-time favorite movies since I was a kid. Besides the DVD and the NES game, I never owned any Goonies stuff. Rectified that in a big way recently with certified autos of the 4 main goonies (L-R: Corey Feldman, Sean Astin, Ke Huy Quan, Jeff Cohen) and designed this display piece with that frame I serendipitously snagged as a parting gift on my way out of work last week. The final piece to fall into place was the Chunk auto, picking it up in my post-Christmas COMC order. The center picture has the distinction of being the first thing I've printed with the fancy new printer I got from my wife as a birthday present. 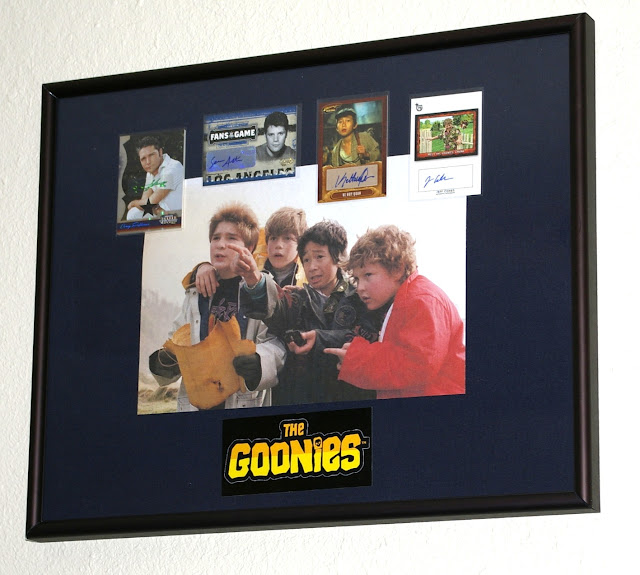 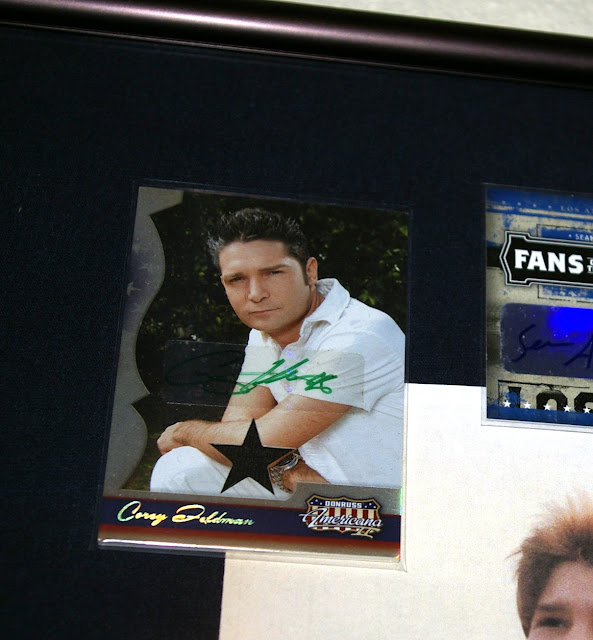 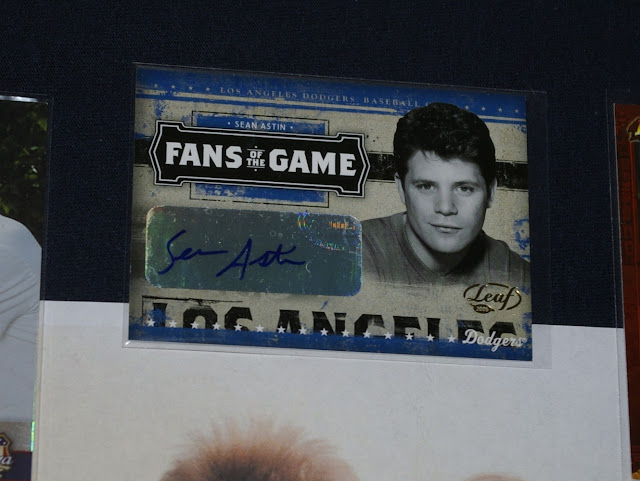 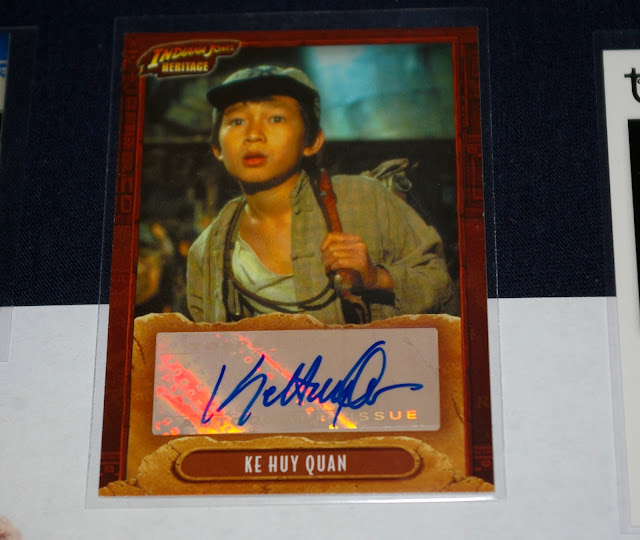 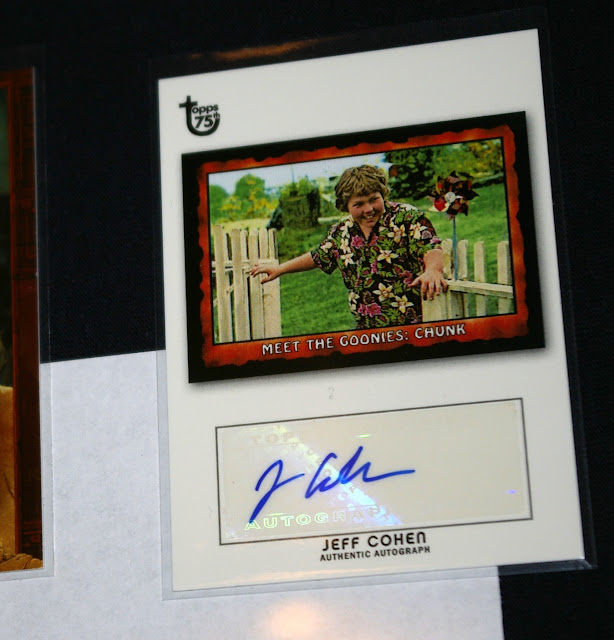 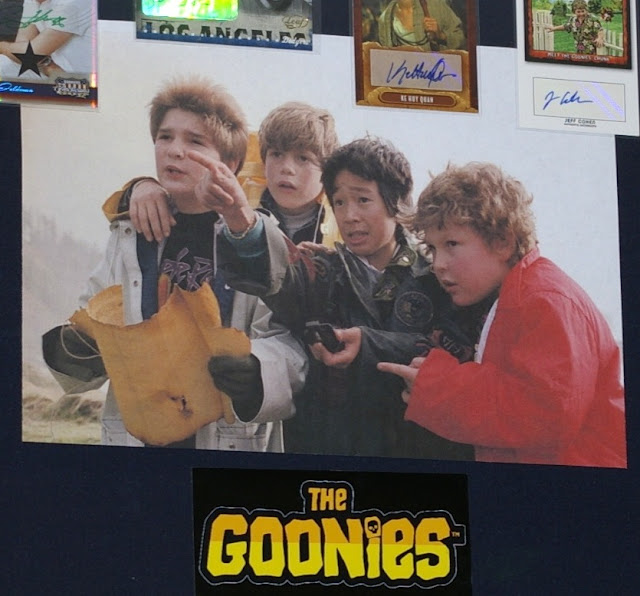 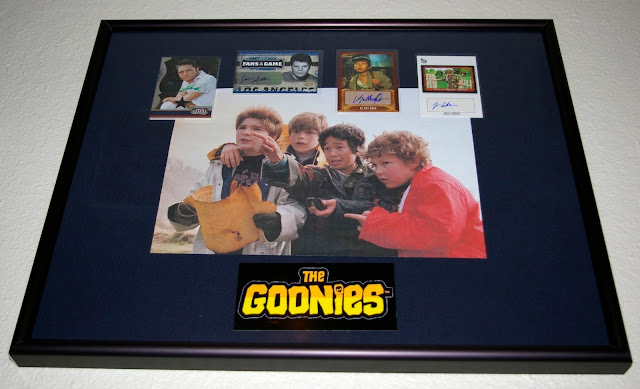 Sure, the cards are all stickergraphs, but at least I can be reasonably assured they're authentic, which is more than you can say about the various autographed 8x10's on eBay and the like. The Corey Feldman card even has a star-shaped clothing relic in it and is numbered /250 on the back. Funny enough, that was the cheapest card of the four. I paid the most for the Ke Huy Quan Indiana Jones Heritage card. All told, I was able to keep the project comfortably within double-digits, and could have been less had I exercised a bit more patience waiting for cards with low opening bids rather than grabbing Buy It Now's. But I was pretty excited to put this together.

There are three other goonies I wouldn't mind adding autographs of to my collection: Kerri Green (swoon!), Martha Plimpton, and Josh Brolin, but those 3 don't seem to have easily available certified auto cards out there, so I'm not going after them at them moment. Perhaps Cryptozoic or a card company like that will come out with a Goonies card set one of these days with autos and such (similar to the upcoming Cryptozoic Ghostbusters set; another favorite film of my childhood). That would be cool.

As far as other possible additions, The Fratelli Brothers, Joe Pantoliano and Robert Davi, both have auto cards out there, but they're not a priority for me. I'll wait for a good deal. Mama Fratelli (Anne Ramsey) and Sloth (John Matuszak) sadly died back in the late 80s, so they don't have anything in the way of pack-certified autographs. If I really wanted to be thorough, I could also go after autos of director Richard Donner and executive producer Steven Spielberg. Hell, even Cyndi Lauper would be a sweet addition (soundtrack star and another dreamgirl of mine from the era). But for now I think I'm content with just the 4 main goonies. 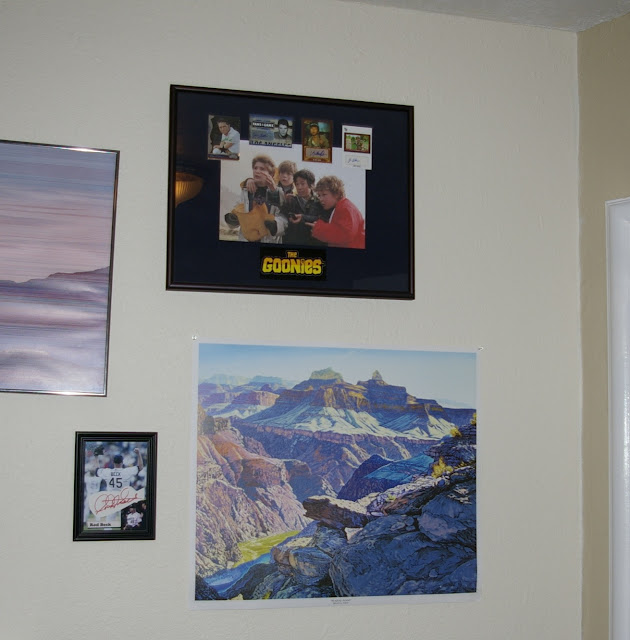 Rod Beck and the painted canyons now have some kids to keep them company on the south wall of my card room.

What do you guys think? Pretty badass, right?!
Posted by defgav at 3:44 PM