Three days in a row of busting out the card stand. When the card stand is on the scene, you know it's a fancy-pants card that I'm very proud to have in my collection and it deserves to be featured on a pedestal. 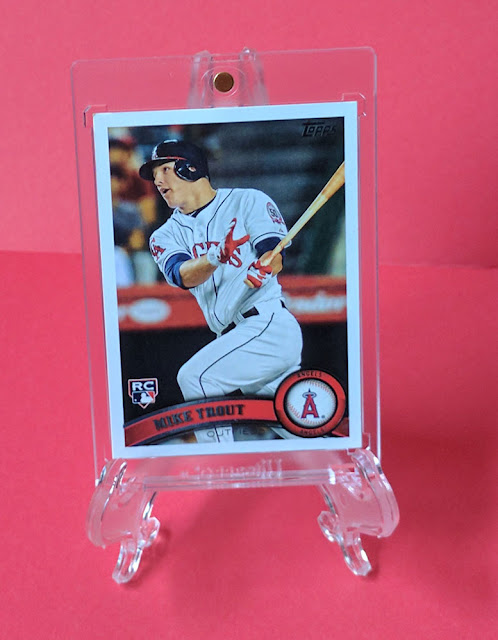 The esteemed Matthew Scott from Bob Walk The Plank mentioned he had this card for me a while back. It's actually probably a good thing it took him a couple months to send it out to me, as it gave me time to round up a worthy return package for him. 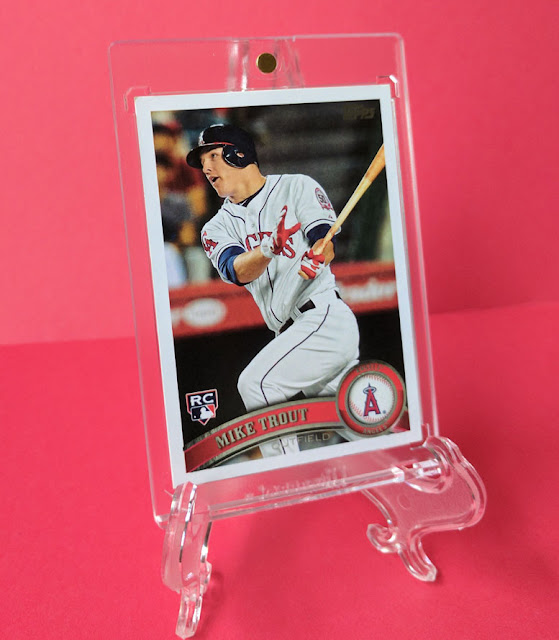 2011 Topps Update #US175 is shaping up to be this era's 1989 Upper Deck #1, as the most desired modern mainstream base card, with prices far exceeding what you'd expect given the ample production numbers. 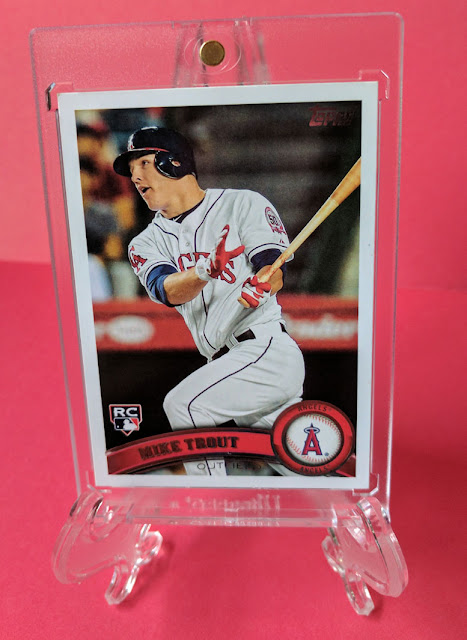 My Trout PC was already pretty legit, but a big hole was this, his most iconic RC. The scary thing is I'll still eventually need a parallel of this card if I'm ever to complete my 2011 Topps parallel frankenset. But no rush there. Maybe Mike'll have a down season one of these years, like get injured or something, and I can scoop one up when prices dip. Or maybe not. 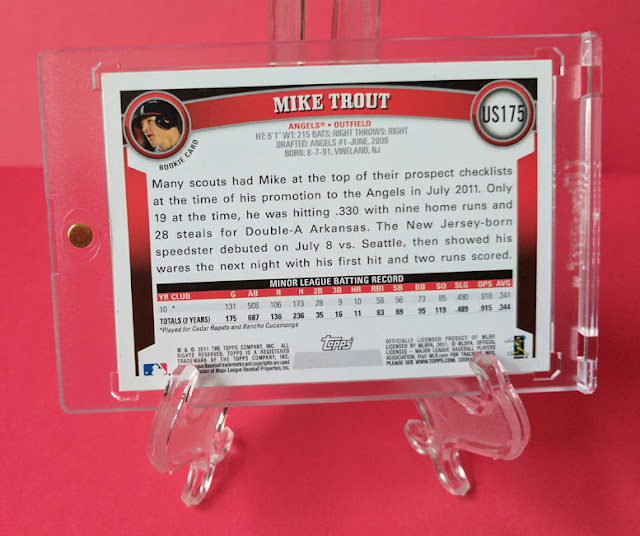 Huge thanks, Matt! I plan to put your return package in the mail this weekend.

Matt also included a few more great cards, but I thought this Trout RC deserved its own post. I'll show the other cards in my upcoming trade-roundup post, which is shaping up to be a doozy with outstanding maildays from Nachos Grande and Wrigley Roster Jenga rounding things out.
Posted by defgav at 3:59 PM