My work was tossing this weird table-thing Friday and it was out on the curb after work right next to where I parked. After a solid minute debating the benefits of taking it home verses the shit my girl would give me for bringing more crap into the house, I gave in and threw it in the back on my vehicle. (I'm pretty notorious for bringing home stuff I've found on the sidewalk. Lots of shelves. Clothes. Kitchen stuff. You name it.) 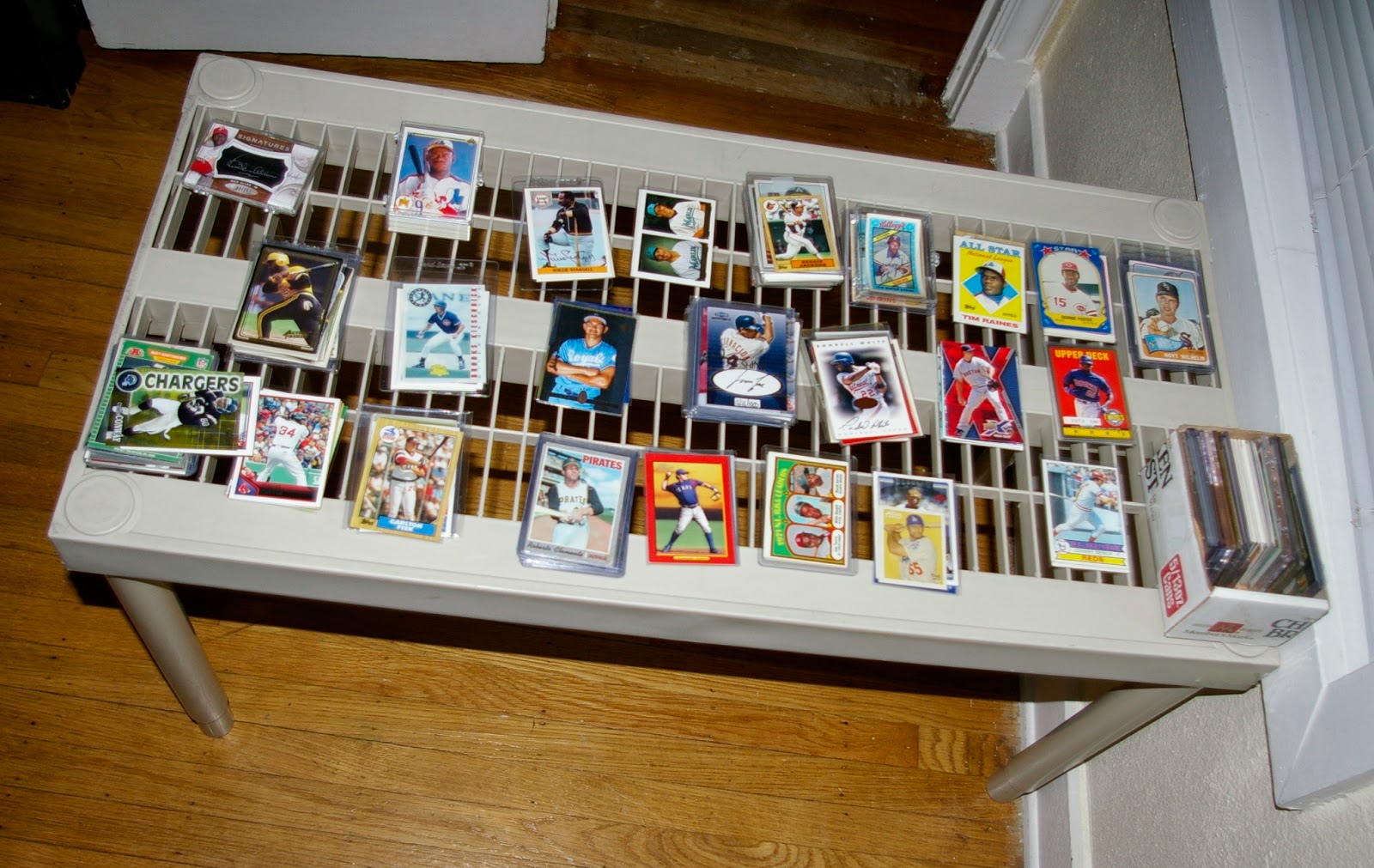 I wasn't exactly sure what I'd do with it, but thought I might find a place for in in the "recording studio" area of the house. But then I had the idea to put it in the "study" (my carding room-- well, my fiancée isn't completely surrendering the entire room to me since I've already got a lot of space for myself in the basement, so I've gotta be willing to share at least some of the room) and use it as a sorely-needed card-sorting table. The fact that it has a grated top actually comes in really handy for picking up stacks of cards anywhere on the table. Especially for a guy like me with little-to-no fingernails (If nail-biting were an olympic event, I'd bring home the gold, time and time again) it can sometimes be tricky picking up stacks of cards in the middle of the surface. The grates make picking up cards a breeze. Now I gotta get serious about sorting my collection. Recently buying a $12 card that I already had (forgotten about) really underscored the need for me to get better about organization.

I've also got my trade stacks nice and organized by team (for the most part) with handy labels. I'm gonna try to thin out some of the more-plentiful teams, so be on the lookout for some Trade Bait posts from me coming soon. 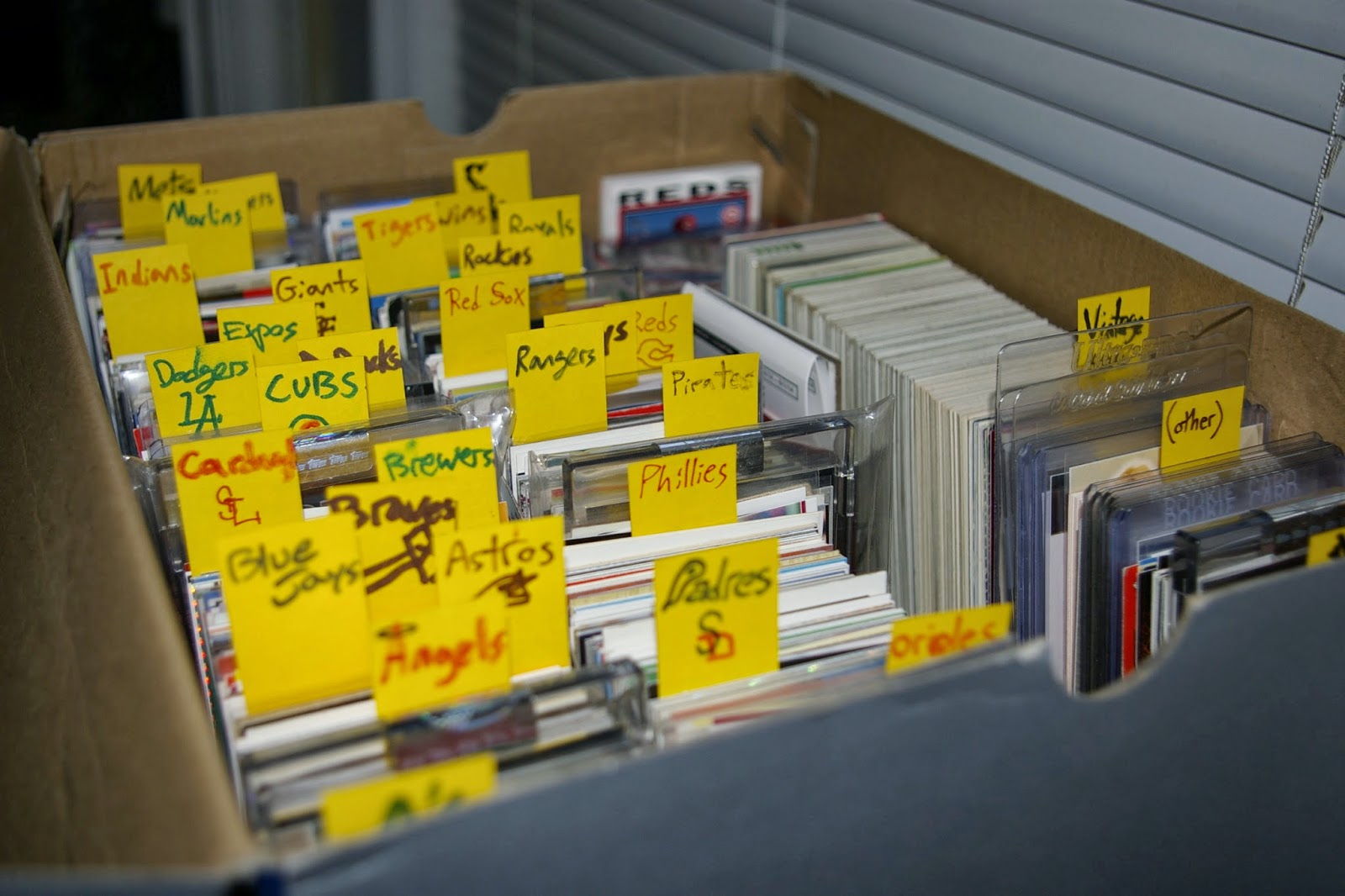 If you want to "beat the rush" to your team's cards, hurry up and check out my wantlist and get in touch about a trade.

DRAMATIC UPDATE: My fiancée objected to the table, saying it looked too junky. It was looking bleak there for a moment. But, ever ingenious as I am, I gave it a classy makeover with a tablecloth and candles. It won her over ("Ok, I can tolerate that.") Crisis averted! Here's how my carding station is looking at the moment: 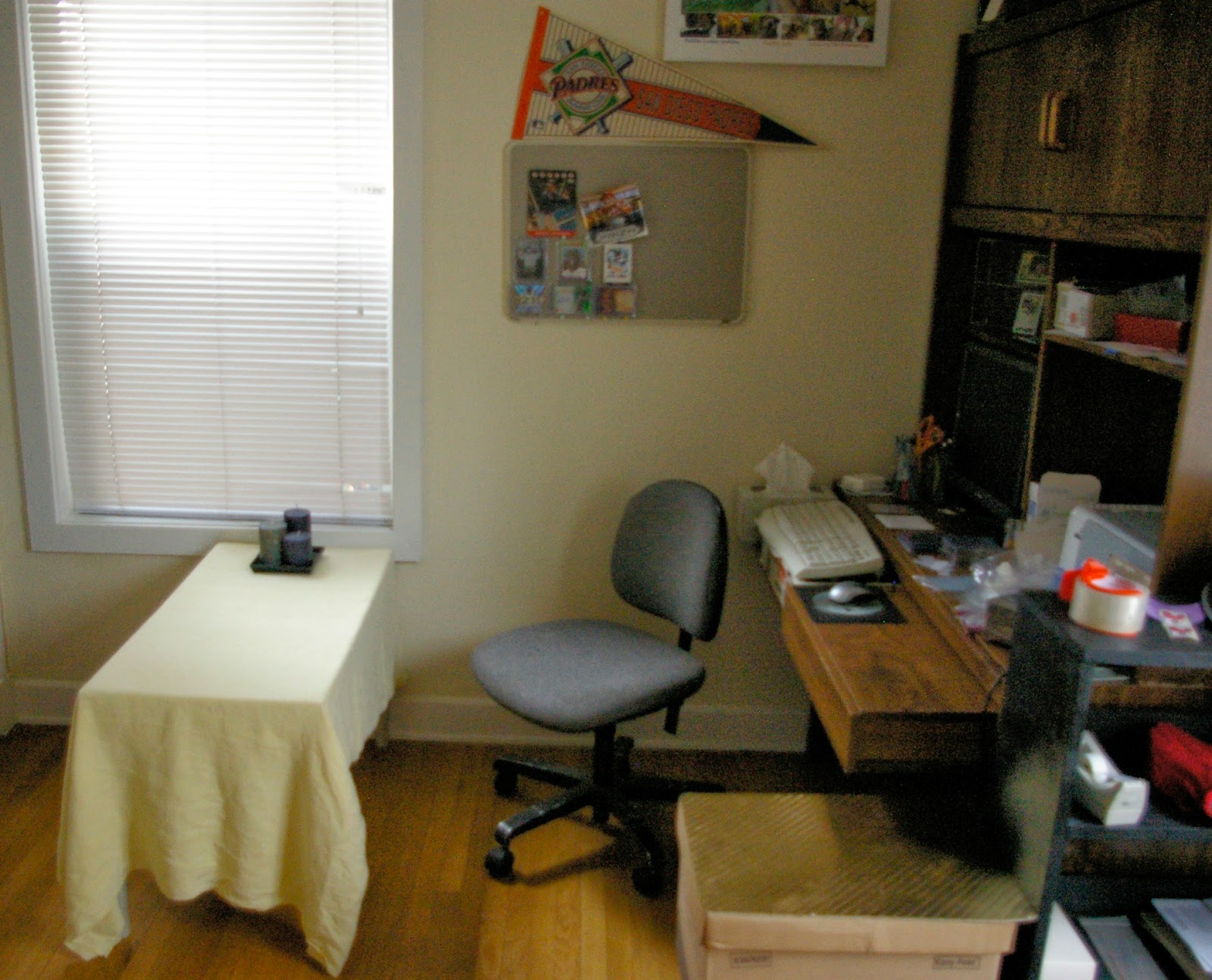 Have a great week everybody. Play ball!
Posted by defgav at 5:04 PM