Don't bring me down, Bru!

I gotta catch up on some thanks/trade posts! This neglect has been bringing me down for a couple weeks now. Time to finally get this post out.

I just had this song stuck in my head and wanted to post this video. Unrelated to Bru from the blog Remember the Astrodome.

Jeff at 2x3 Heroes hooked me up some some Tis The Season generosity. I had forgotten that I signed up for anything. And I moved in the interim, so the package was delayed a while till it finally got to me. But Jeff kindly sent me a lot of Padres.. 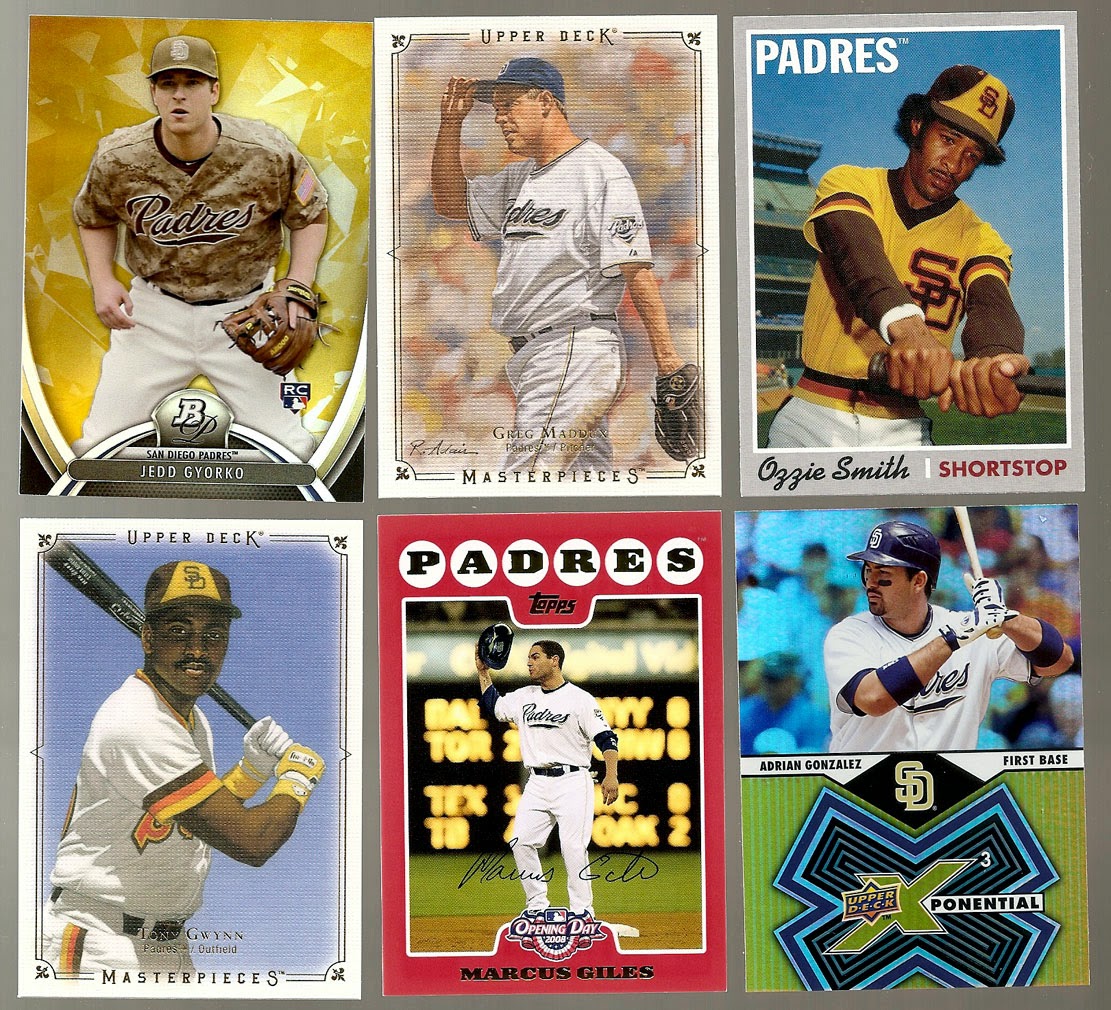 There are 6 of my favorites, but he sent a bunch. AND a bunch of Yankees and A's too! Awesome! Thanks, Jeff!

The Yankees lot came in handy when a friendly reader named Mike offered to help me out with a solid 100+ chunk of needs off my 1973 Topps list. Here are some highlights: 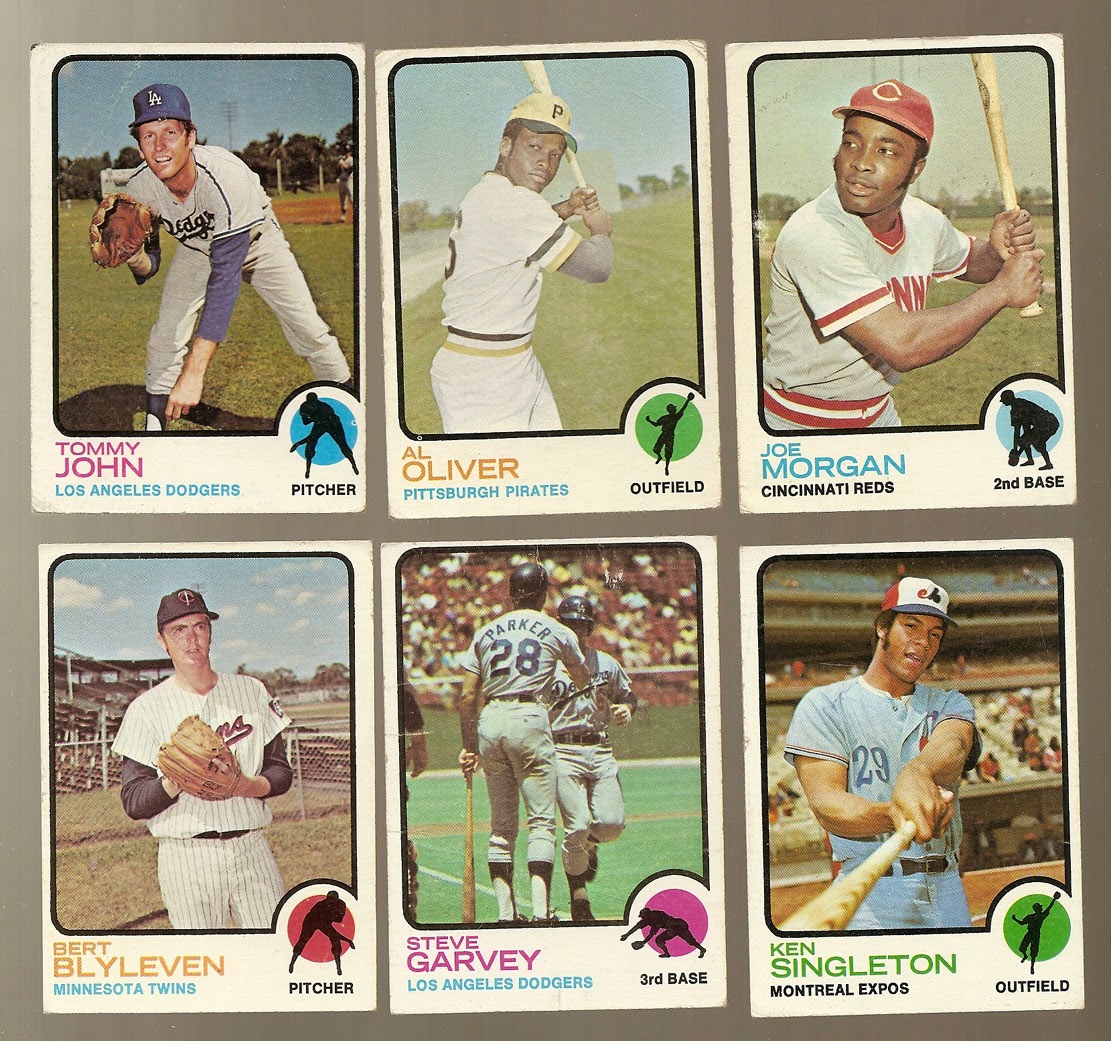 Mike said he was a Yankees fan, so I passed a bunch of Yanks his way, including an extra Bobby Richardson auto I had and a few other goodies. He seemed pretty happy with the return package, always a good feeling.

I also did a couple smaller trades for a few more 73 needs. Johnny's Trading Spot and Remember The Astrodome each hooked me up with a few sweet 73s. I returned the favor with PWEs of cards off their respective wantlists. Sadly, Bru brought me down when he told me the Astros envelope got ripped and arrived empty besides my note. Heartbreaking! (Ok, see, here's where the stretch of this post's title comes in. But again, I really just had that song stuck in my head and wanted to shoehorn it into a blog post. Bru was totally cool about everything.) I was really happy with the cards I had scrounged up for him! Oh well, I'll just have to find some decent replacements. That's the risk when sending PWEs, I guess. I even marked it "non machinable" and paid the extra 20 cents, but that didn't seem to help. Bummer.

Johnny's cards for me arrived just fine in a small "Thank You" card envelope with just a Forever stamp. That's a great idea! I need to get me some cheap Thank You cards that I can use to send cards in. 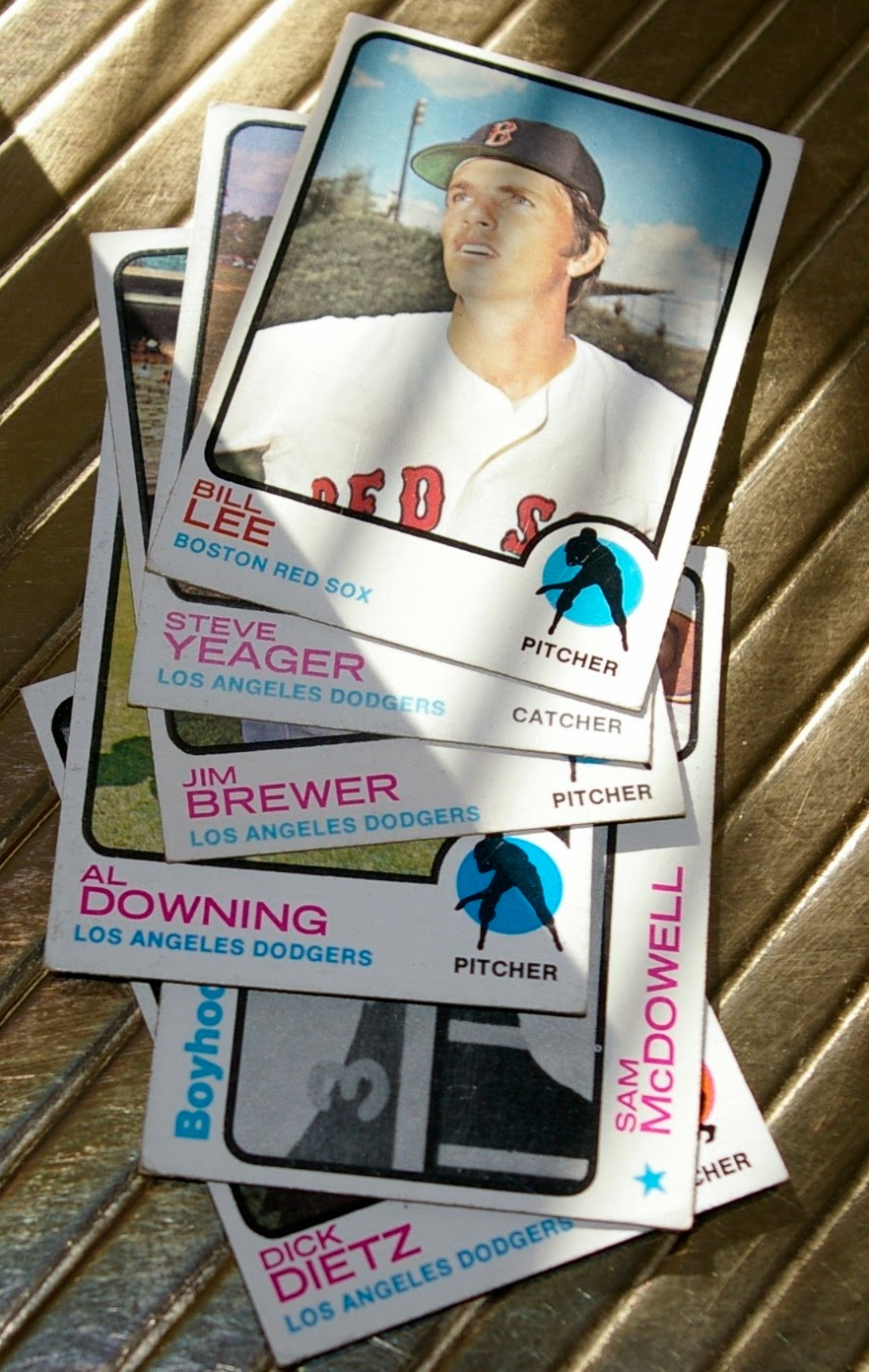 Thanks to these trades, I'm pretty close to the halfway point with the set, looking at 45.9% on the big board (321/699). If I wasn't being somewhat of a completist by also going after the several dumb manager card variations ("Ooh, the rusty orange background on the coaches pics is more rusty brown on this one." "Ooh, part of a coach's ear is missing from the pic on this one.") and the unnumbered team checklists, I might already be at 50%, but I'm too lazy to do the math on that right now.

Anybody out there with some available 73s who can help get me over the hump with this set, please check out my needs and maybe drop me a line and let's work out a trade!