Haven't been to a card show in over 2 decades

The first card show I went to was in the early 90s. I got my mom's man friend to buy a couple small lots of 80s Reggie Jackson cards that he gave me a few weeks later for Christmas. One card was Reggie's Diamond King, but that's all I can remember for specifics.

Then I think I briefly stopped in at another show a few months later, but I was just there to get an autograph from a Padres prospect who was signing. There might be one more card show I attended around that time, but I don't really remember. Then twenty years went by with me not actively collecting, and eventually getting back into it just a couple years ago.

Thanks to a couple comments on a post here from a few weeks ago, I learned there's a card show in my area once in a while, and the next one is this Saturday. Assuming I don't have a ton going on, I might try to check it out.

Turns out they have a card show there (the Orwellianly named "Mall 205") every month or two, so even if I don't get around to it this Saturday, I'll have another shot before too long.

I'd love to find a vintage discount bin and pick up a small stack of 73 Topps commons I need for my set. I'd obviously keep my eyes open for anything else cool and a good bargain, but otherwise, I wouldn't go in with any specific wants on my mind.

Speaking of my 73 Topps goal, good ol' Mark Hoyle sent me another package the other day to help knock about 20 more cards off my list. 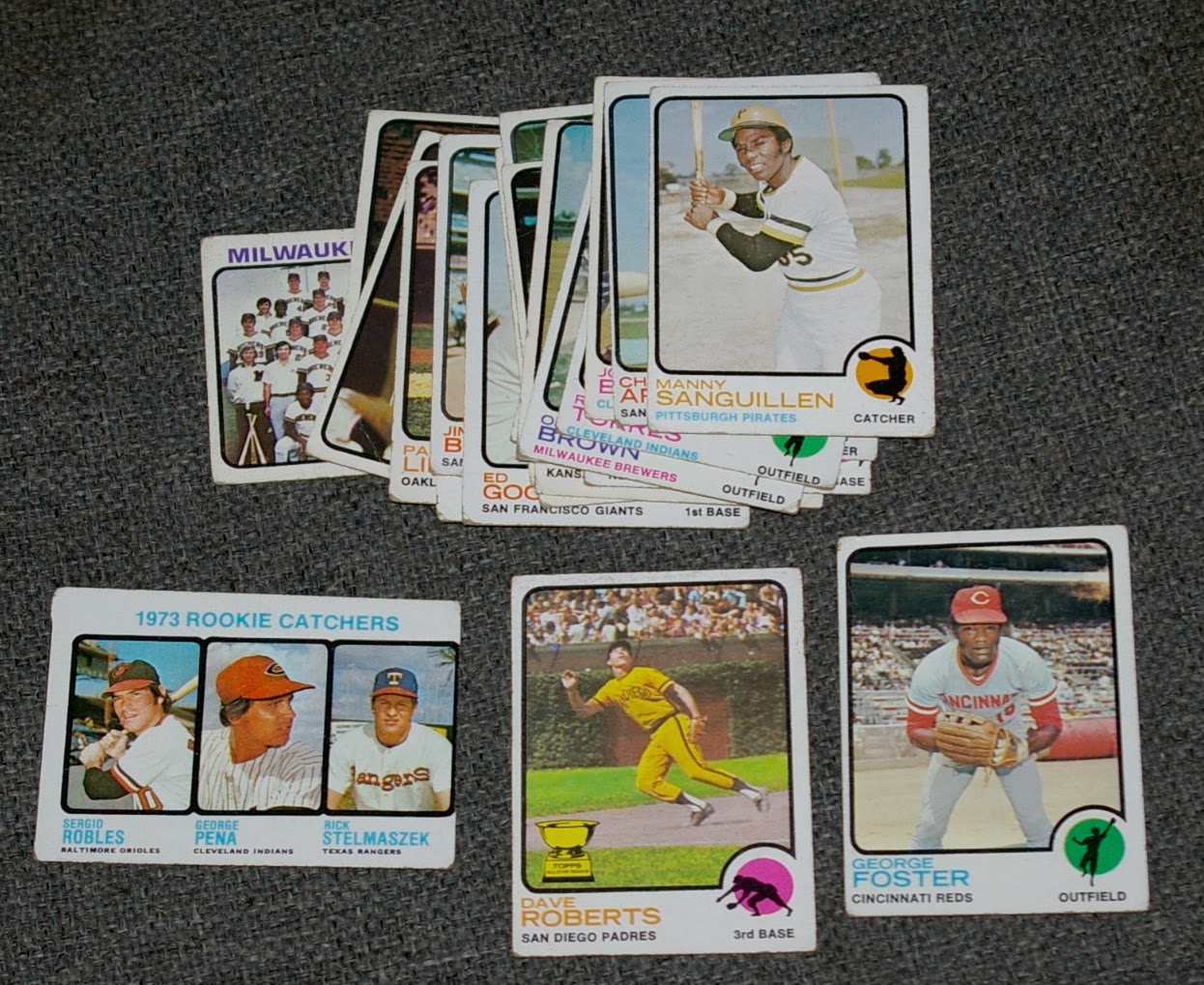 Ohh, that's my first multi-player rookie from the set! It's no Schmidt/Cey, but I'll take it! And gotta love my homeboy George Foster.

He also kindly threw in a handful of other cards of guys I collect / misc Padres. 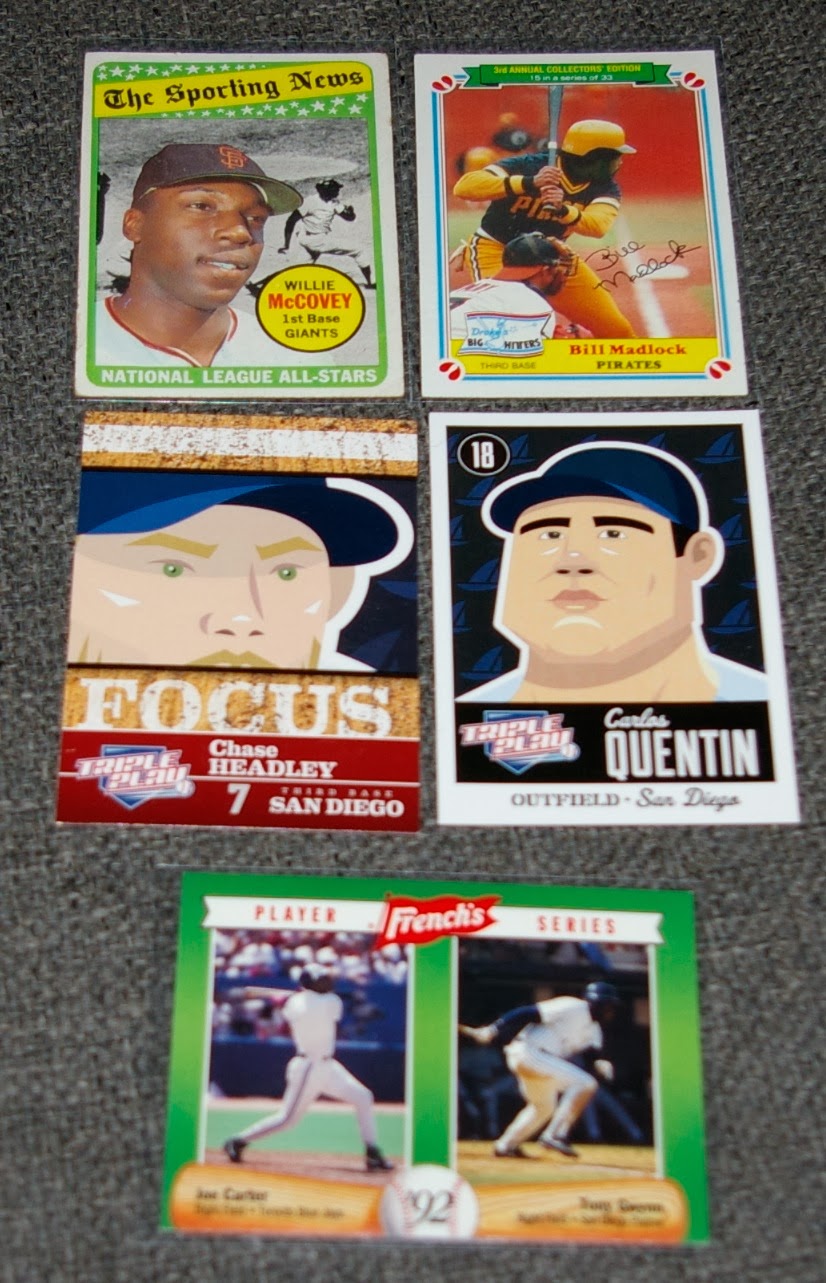 That French's Joe Carter / Tony Gwynn oddball is pretty cool. But fun fact about me, I hate mustard.. so much so that this card kind of disgusts me if I focus too hard on it.. Maybe that's why it's out of focus in the photo. (Yeah, yeah, I'm a freak.. How can I not like mustard? Yadda yadda.)

Thanks for the great cards, Mark! I'll get you some Sox sent soon.

And back on the topic of buying cards away-from-keyboard, you know how I moved recently? Well, the other day driving to the grocery store, I noticed a little hole-in-the-wall that seemed to be a comic/card shop walking distance from my house. I don't have big hopes for it or anything, but definitely plan to check it out one of these days.

Oh, and then when we got to the grocery store, there was a legit card section! That's pretty awesome. Smaller, but similar to the selection at Target. I was looking to get some 2014 Donruss to check out, but they didn't have any. I ended up not buying anything, but nice to know my new local grocery store is a viable source for cards in a pinch.

So yeah, even though I'll continue to turn to the internet for >99% of my carding needs, it's nice to have local options, too. If I end up going to that card show, expect a recap next week!
Posted by defgav at 11:57 AM