A box of 2015 Panini Stars and Stripes 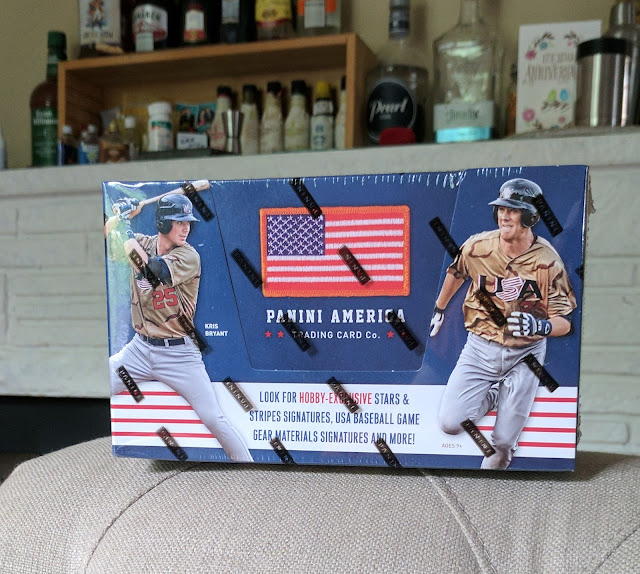 Happy 4th of July, everybody. The hobby box from my Black Friday stockpile that I had set aside for July is 2015 Panini Stars and Stripes Baseball. This box had some big names and some gorgeous hits... though unfortunately for me, no combination of the two were found in my box. Still, some decent cards. Let's check 'em out. 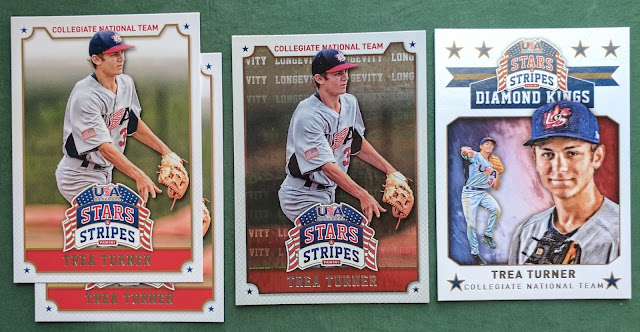 Looks like I've got a nice boost to my Trea Turner PC, with a couple base cards, a Longevity parallel, and a Diamond King. Bummed to hear about him breaking his wrist the other day.

Cubs hot box. Pairs of Bryant, Schwarber, and Russell. I actually already had the Bryant (or two) from trades, so these dupes are available. 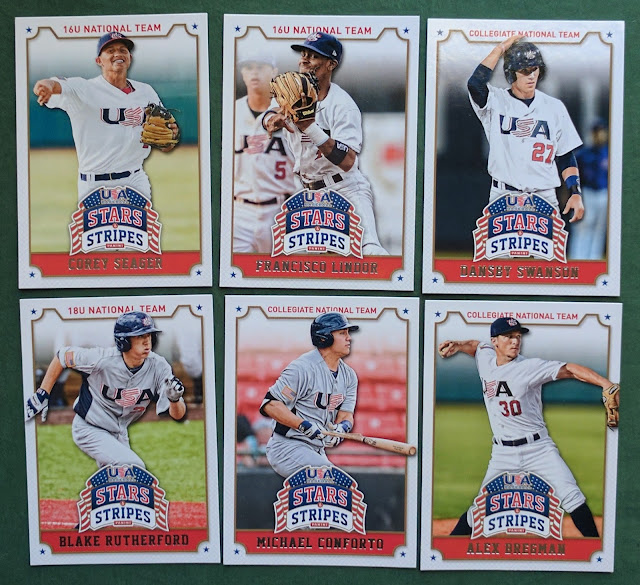 Some other nice base card pulls. 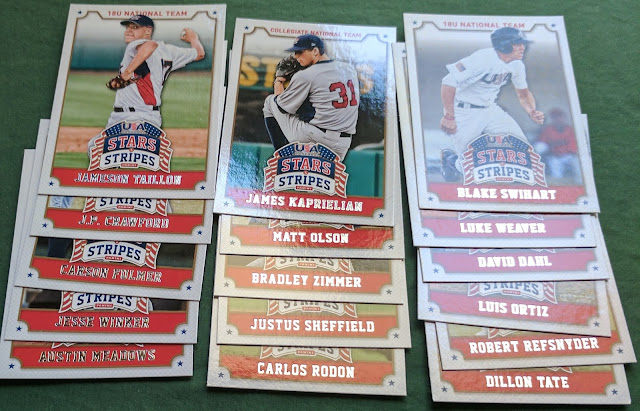 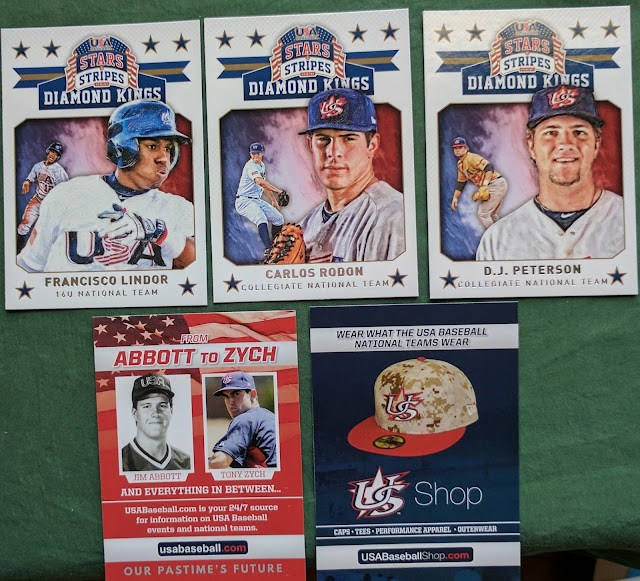 Time to venture into the inserts. Nice DK for my Lindor PC. 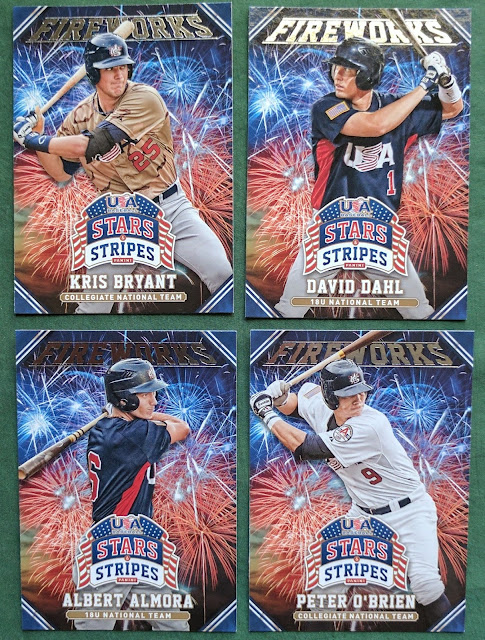 Just in time for the 4th, fireworks! Sweet Bryant here. 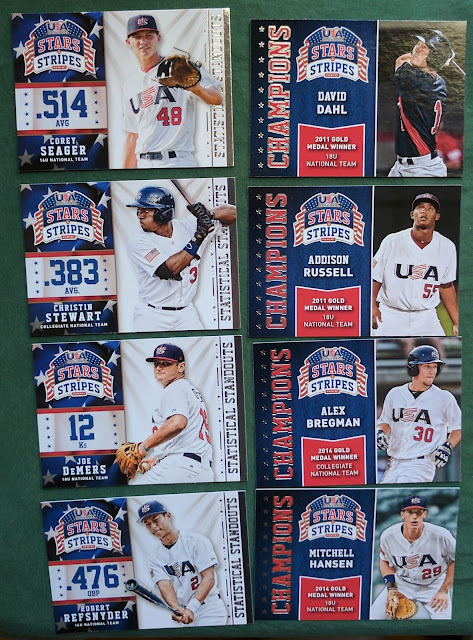 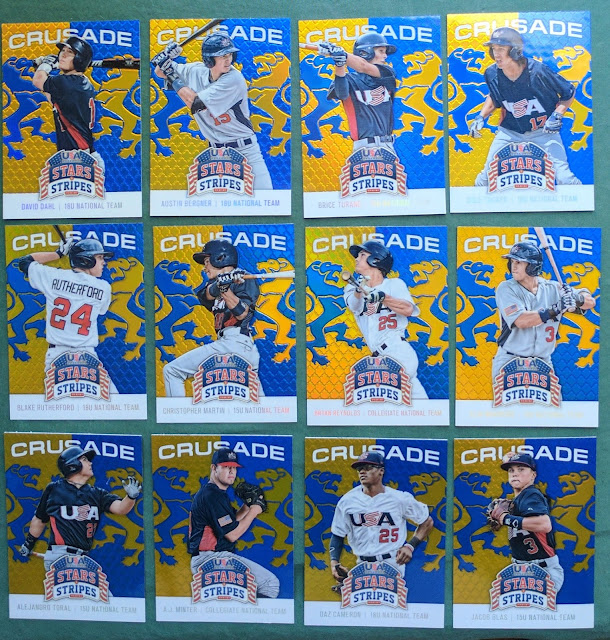 Love these Crusade cards! Would have been nice to pull a guy I collect, though. Sorry if the names are tough to read. Blake Rutherford might be the best of the lot. 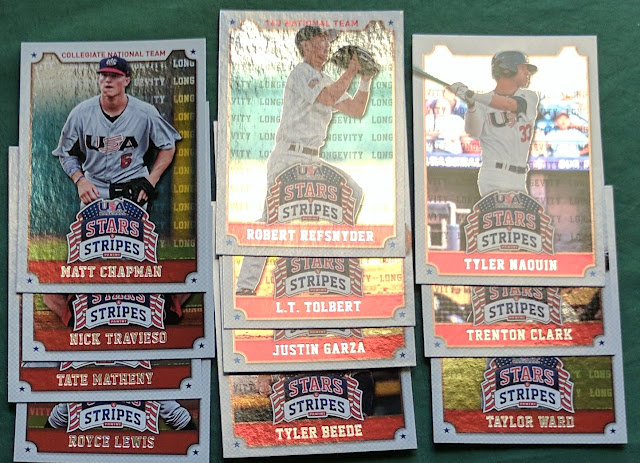 I'm not crazy about these Longevity foil parallels. 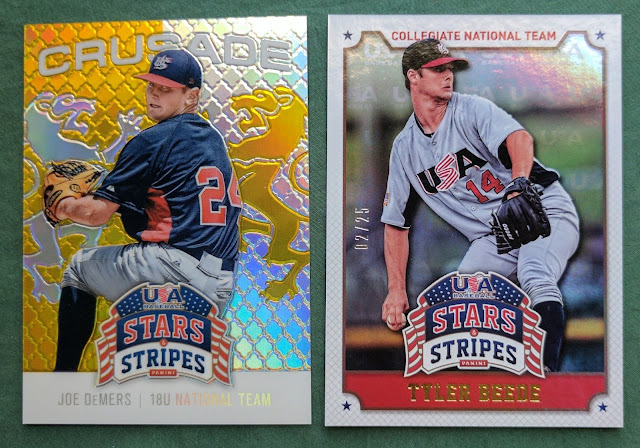 A couple parallels, each #/25. Joe DeMers seems to still be in college and wasn't drafted. Too bad, since it's a sweet looking card. Tyler Beede is currently pitching in AAA for the Giants' chain. 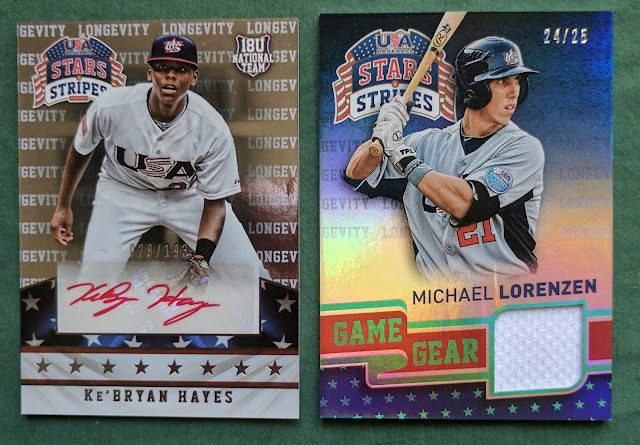 Ke'Bryan Hayes plays third base in the Pirates' organization at the moment. I think I've already got a couple autos from him, funny enough. I like the red ink.

Ooh, now here's a guy who's actually made the bigs. Michael Lorenzen has been a dependable righty out of the pen for Cincinnati the past couple years. Solid looking relic card, if only a plain white swatch. 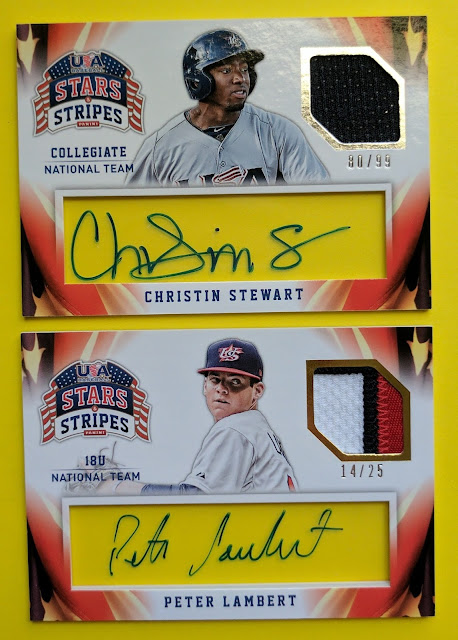 And my big hits. Man, if either of these guys was like a Kris Bryant or Trea Turner or Corey Seager or someone like that, I'd have been over the moon. Instead, it's a couple "who?" guys. But who knows, maybe they'll make a name for themselves eventually. *sigh*

Christin Stewart is in AA with the Tigers org. Looks like a big swinger with good power but a lot of whiffs. Peter Lambert is pitching unremarkably in A-ball with the Rockies chain. Love the clear acetate auto section on these as an alternative to stickers. The Lambert card has a neat patch piece, too.

So there's that box.

Out of 4 cards #'d to 25, none were 12/25. That sucks. Pulling a Christmas Card would have gone a long way toward redeeming the box for me. Oh well, it only cost me a blaster-and-a-half. While I pulled some base cards of big-name guys, player selection of my hits left something to be desired. Happy Birthday, America.
Posted by defgav at 2:50 PM