Padrographs Rod is an All-Star-caliber trader. We've got a sweet thing going where I occasionally help him out with photoshop projects, and he returns the favor with cardboard for me. Plus he's a Padres fan like myself and the fact that he lives just a few minutes away is perfect since we can cut out the mailman from the equation.

Earlier this month, Rod dropped off a nice reusable grocery bag full of cards, highlighted by a targeted strike on my wantlist that I've already posted about, but now this post will show off the best of the rest. 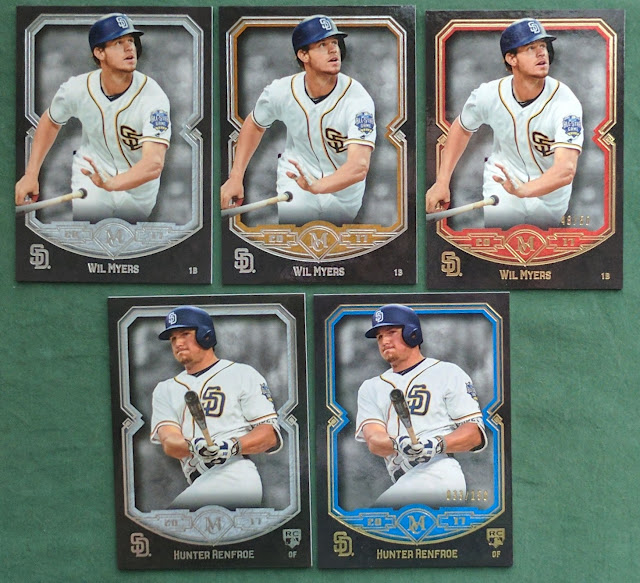 Looks like Rod got in on a 2017 Museum Collection group break with the Padres slot, netting Wil Myers and Hunter Renfroe base cards and a few parallels. (Can't help but wonder if Rod scored any big hits in the break.) 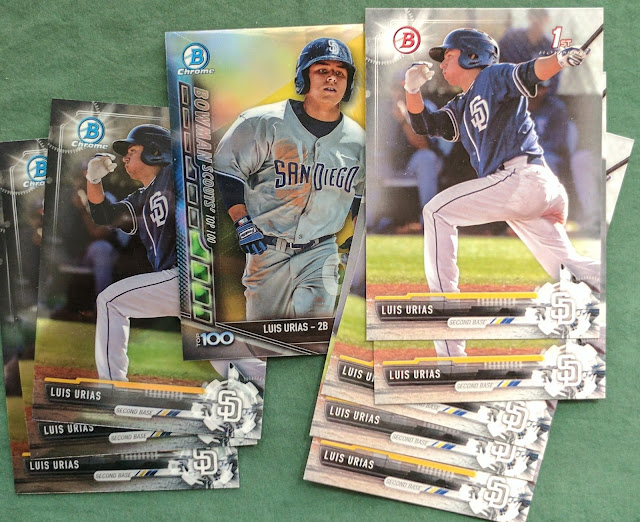 I'm happy to get to "prospector" status with Luis Urias, a young stud the Padres have high hopes for. 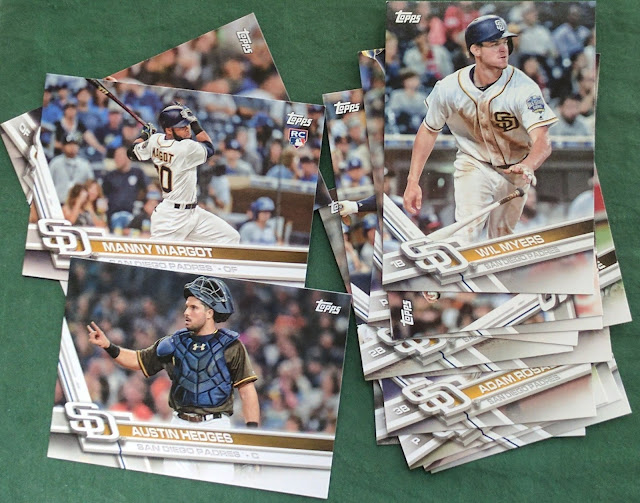 Note that the Topps logo isn't foil on these 2017 Topps cards.. yep, this is a near-complete Padres team set. 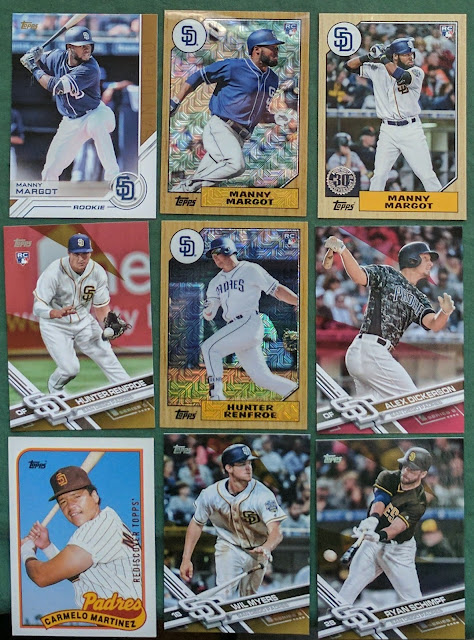 Here are some highlights from what I assume was another group break Rod took part in, this time for 2017 Topps Series 2. 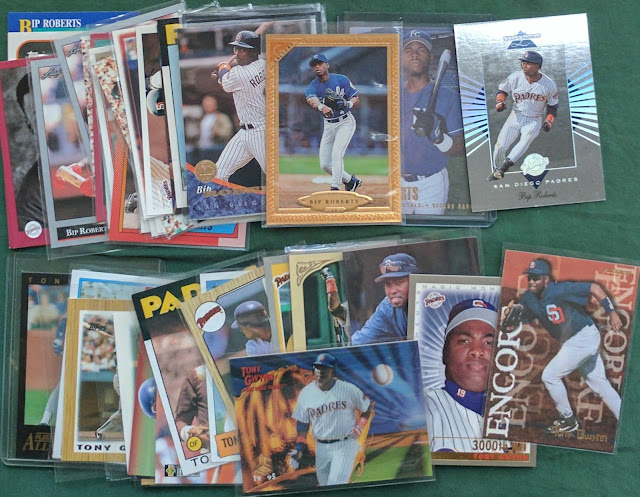 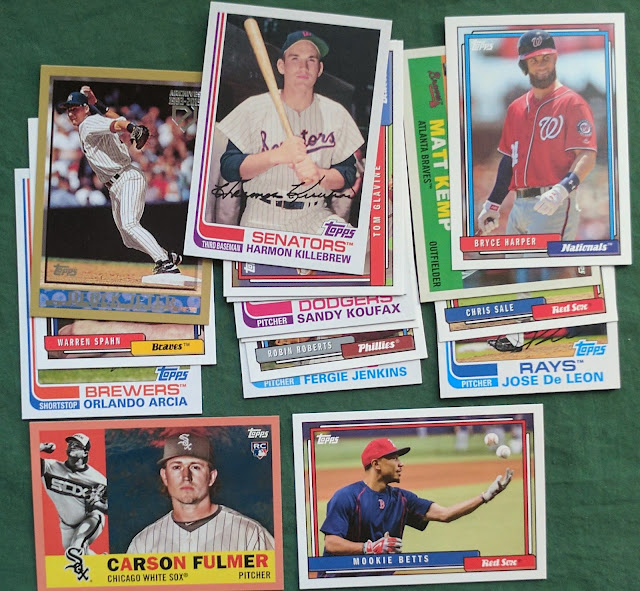 Also included was the bulk of a '17 Archives blaster. Lots of keepers for me here. 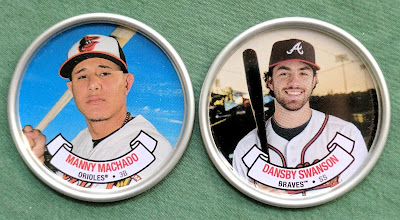 A pair of coins, too. 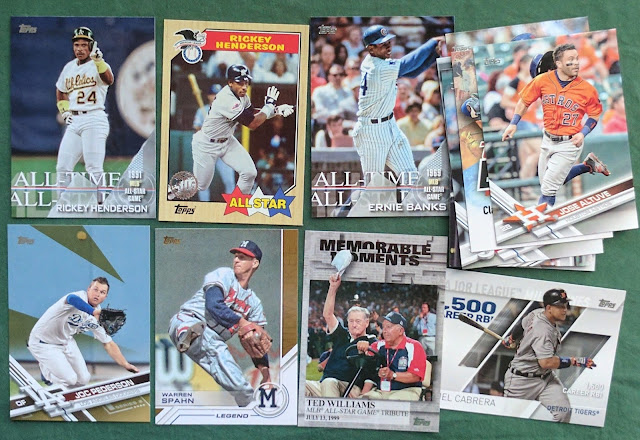 And these are likely some highlights from a blaster of Series 2. 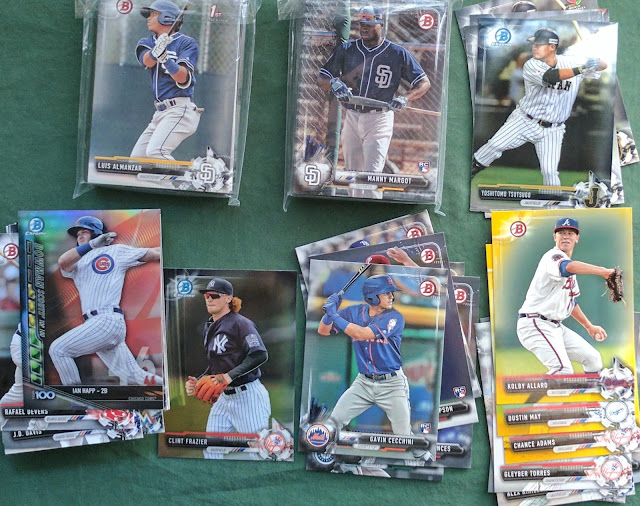 A bunch of 2017 Bowman with some good stuff in it. 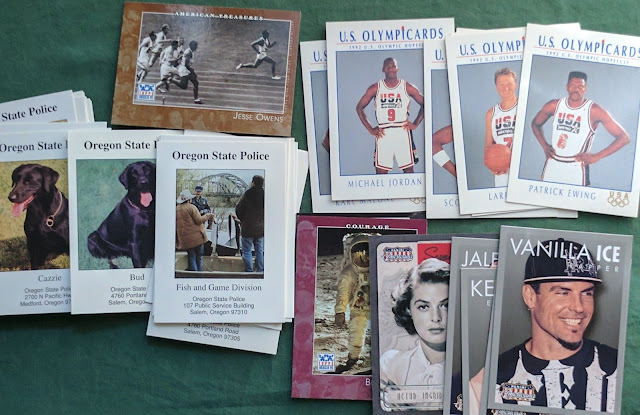 And there was some non-baseball stuff that caught my eye, too. Police dog oddballs, the Dream Team, and even Vanilla Ice making a return appearance on my blog.

Thanks as always, Rod! Great stuff!
Posted by defgav at 4:00 PM