finally got a George Brett rookie! 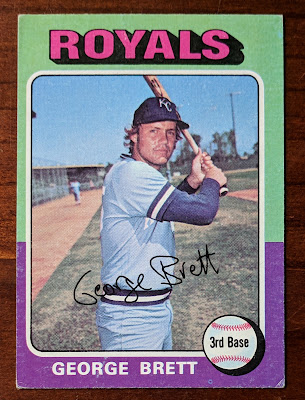 After an arduous, dragged out, stressful Twitter trade (that I'll likely rant about it a future post), it felt like the cardboard gods were offering me some gracious karmic payback when I got an email from a guy basically offering to send me a George Brett rookie card in exchange for future custom-making consideration.. and not even like a huge custom project, but just like a few cards. YES!

I had worked with Alex T. before on a pair of MC Hammer custom cards he wanted whipped up a couple years back. He was going through some of his old cards, found the Brett, and recalled seeing it atop my "Wishful Thinking" desperate double dozen wantlist. 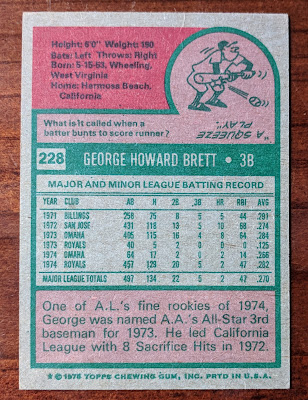 Nice! I've never owned a George Brett rookie before. He's a PC guy for me, plus I'm in the early stages of working on building 1975 Topps (I'm rounding up cards, but haven't sorted them out and made a needslist yet). With this big one out of the way, it should be all downhill for me completing the set. (Still wouldn't mind picking up a dupe for the PC if another fell in my lap someday.)

And that's not all.. 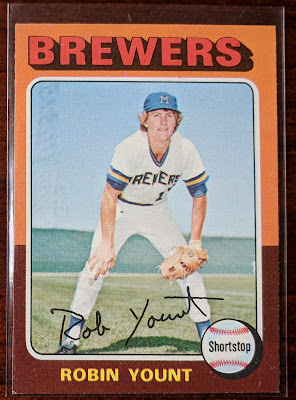 Alex then asked if I had any interest in a '75 Robin Yount too. YES! I already had a rough-condition copy that Mark Hoyle kindly sent me back in 2015, but this is a big upgrade. Now I can keep the other one in the PC and put this nicer copy toward the setbuild.

And while that pair of vintage HOF rookies was plenty, Alex was nice enough to throw in some more cards he thought I might be able to use. 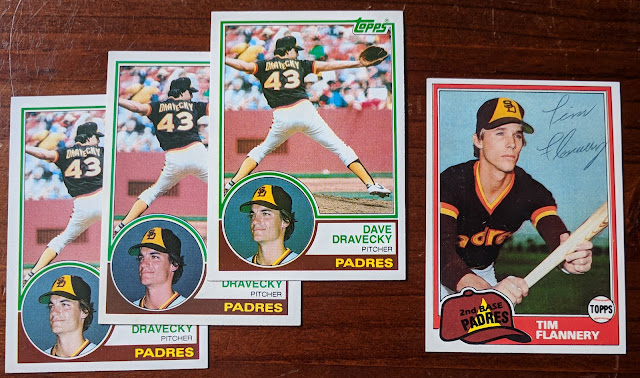 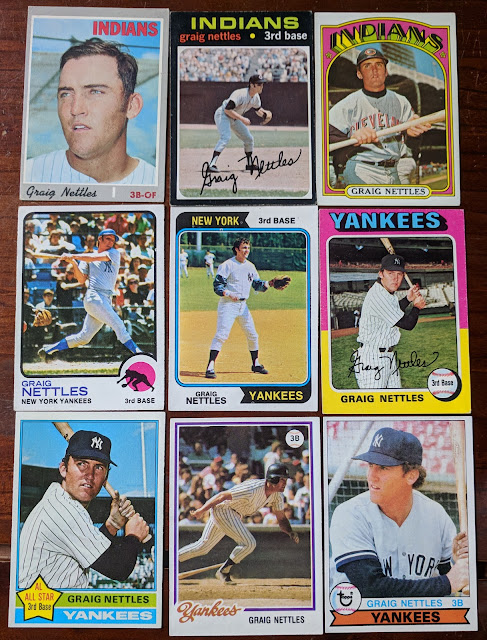 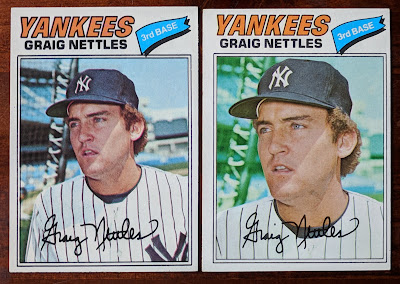 Very happy with this run of Graig Nettles' Topps cards from the 70s. The closer-cropt '77 card is the Burger King version. Much of these I needed for the PC (Graig's an SDSU guy), and any dupes can go toward sets. 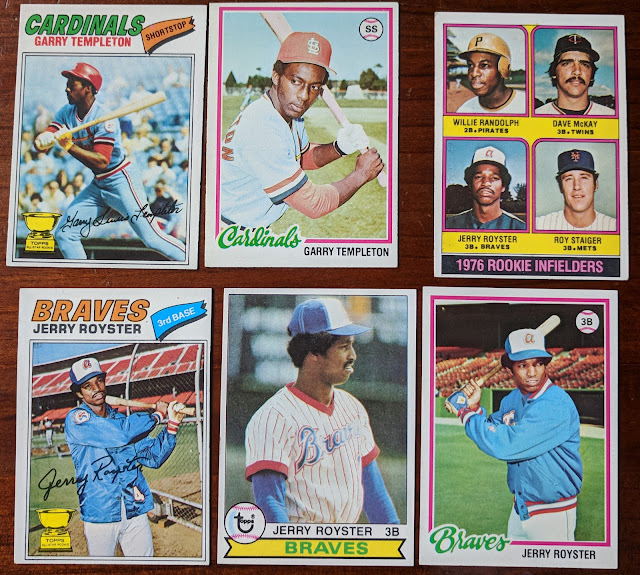 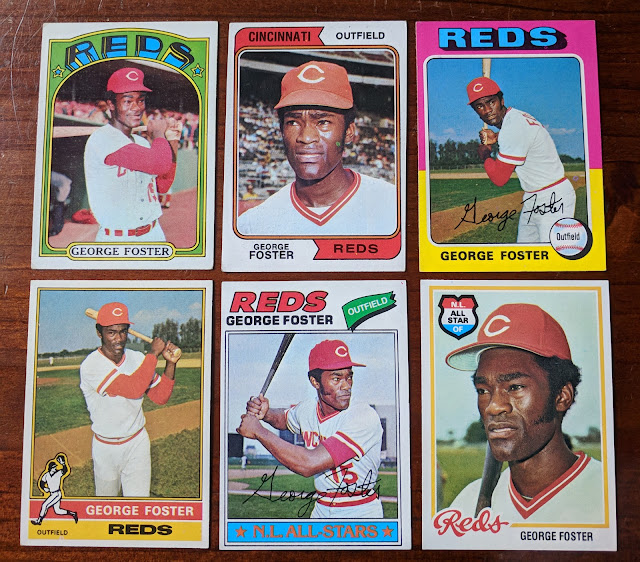 And a great batch of badass m.f. George Foster.

Thanks again so much, Alex! Terrific package of cards. And I really needed that friendly, super easy transaction after the frustration of the other recent deal I made. Just let me know whenever you've got custom ideas you'd like to throw at me and I'll be at your service.
Posted by defgav at 6:51 PM