Finally found some 2018 Heritage High Number that I've had an urge to check out for whatever reason. Picked up a blaster at the grocery store yesterday. 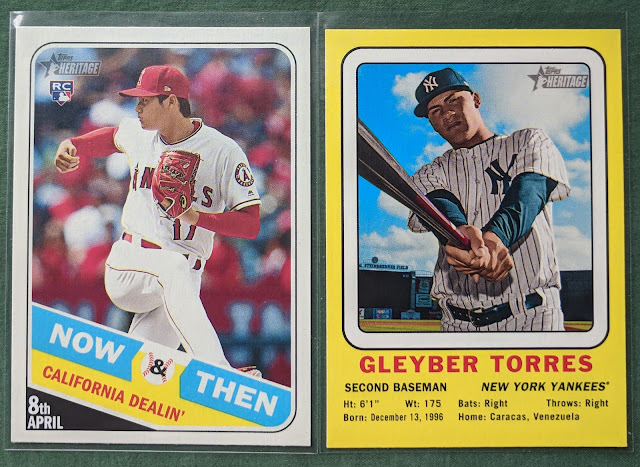 My best pulls may have been this pair of inserts of notable AL rookies. 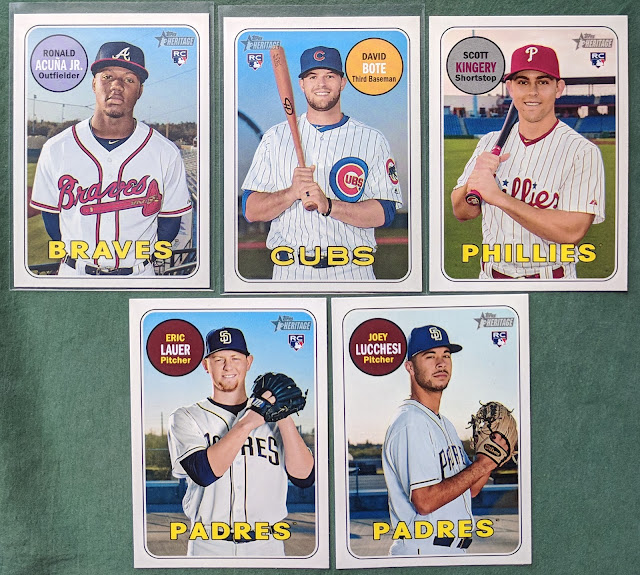 The base cards had plenty of rookies as expected, highlighted by Acuña, Bote, Kingery, and a couple Padres pitchers. 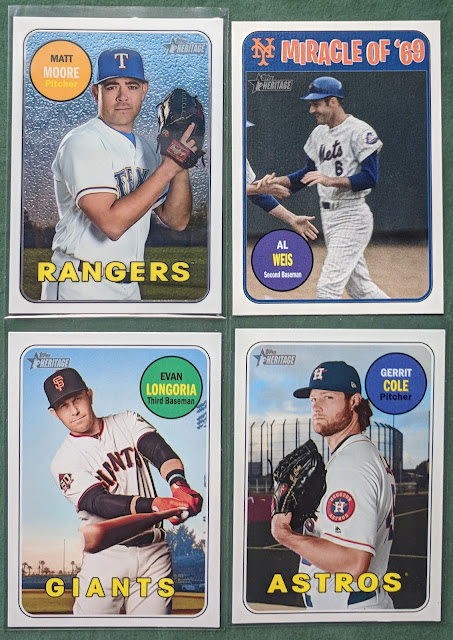 My one parallel was a bust, as I don't collect Matt Moore. And my former Rangers trading buddy and I have apparently had a falling out, so this card doesn't do me much good. And by 'had a falling out' I mean the guy unfollowed me on Twitter, which on the cardsphere is the equivalent of falling out. Not sure what I did to piss him off. He still follows JediJeff, so I don't think it's a political thing. But hey, I myself have been known to, after a couple drinks, overreact to a tweet that rubs me the wrong way and unfollow somebody when I should have probably just let it go or at most just muted the guy for a little while. Honestly I could probably do a full post just ranting about Twitter and my tribulations with it lately. And maybe I will.

Anyways, these 4 are up for trade. I think the bottom two are SPs? Also got plenty of base available is anyone is working on the set. Maybe I'll add them to my TCDB cards available for trading. Still no trade offers there yet. Am I doing something wrong? I probably just need to keep adding more cards (both to my "wants" and my "for trade").

I also grabbed a hanger pack of 2018 Archives. 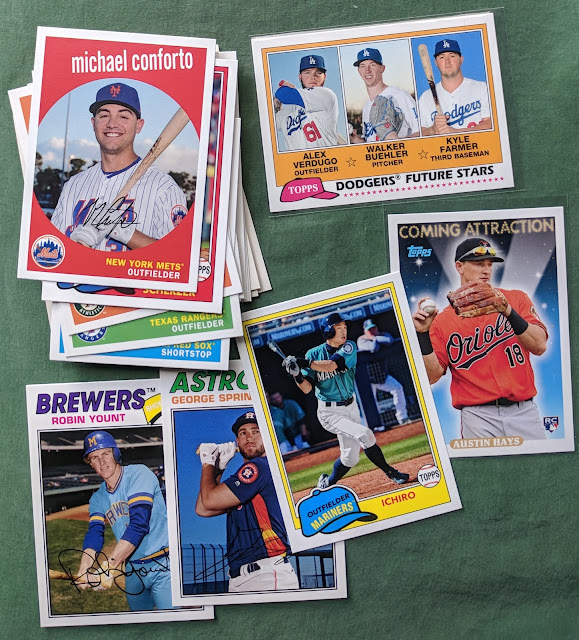 My main reason for this purchase was getting a Coming Attraction insert, which I believe are exclusive to the hanger packs, one per.. though mine was a bit of a dud with Austin Hays, who struggled in the minors this year. The multiplayer RC is probably my best pull here.. Walker Buehler has had a nice 2018 campaign.

That's it for today.
Good luck in this coming week, everybody!
Posted by defgav at 6:30 PM