One of my favorite blog series of 2018 was The Collector's Sports Card Tour, where he'd target a city and write about their sports teams and sports cards.  It was cool to read about the different players he's collected over the years as well as his thoughts on the sports town itself.  Each post along his fifty-one city tour was very entertaining, educational, and motivated me to sit down and think about which athletes I've enjoyed collecting across the four major sports (and soccer) in North America.

If that weren't enough, he turned the whole series into a interactive contest, where you'd receive points by leaving comments.  Participants took turns picking prizes from his huge pool of goodies.

I plagiarized all that from Fuji rather than type it up in my own words, but we meant every word of it!

Great blog series and cool prize draft. I was down low on the draft board, and saw some of my tentative 1st choices get selected out from under me, but still came away with some goodies. 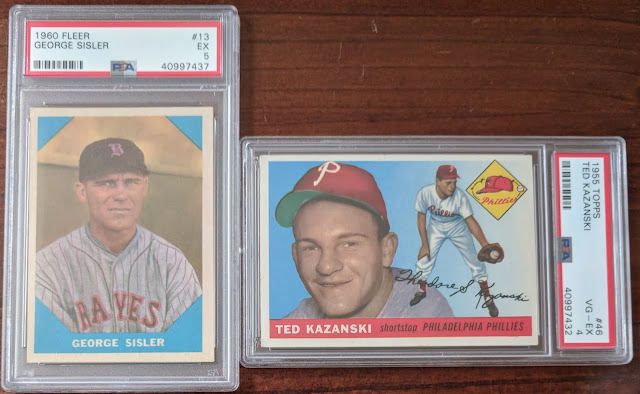 The '60 Fleer Baseball Greats George Sisler was my 1st draft pick. I pretty much just grabbed the oldest card that was left. Neat card, even if he looks sort of like the dad from That 70s Show.

The '55 Topps Ted Kazanski was actually a pick by Bo, who indicated his desire to bust it out of the slab. I figured somebody paid PSA good money to have it graded; sure would be a shame to see that go to waste. (Perhaps it was Chris himself? Both cards seem to be from the same submission, as the ID numbers are close.) So anyways, I offered Bo a couple non-graded '55s in exchange for this one, and he agreed and Chris moved it over to my stack. 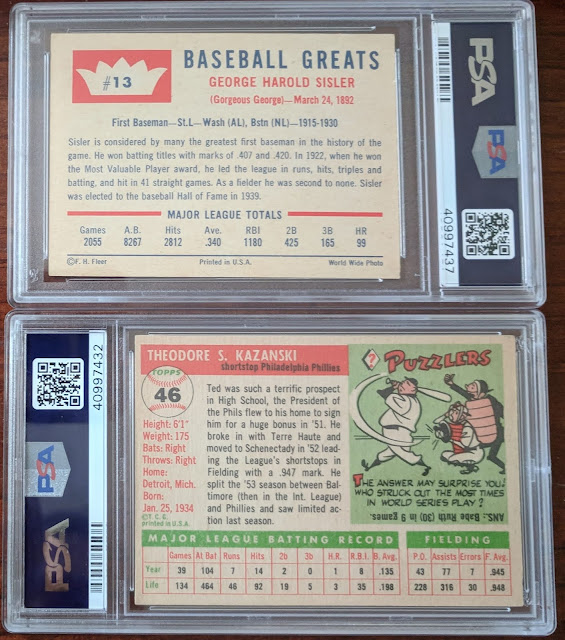 Might as well show the backs too. Gotta love vintage. 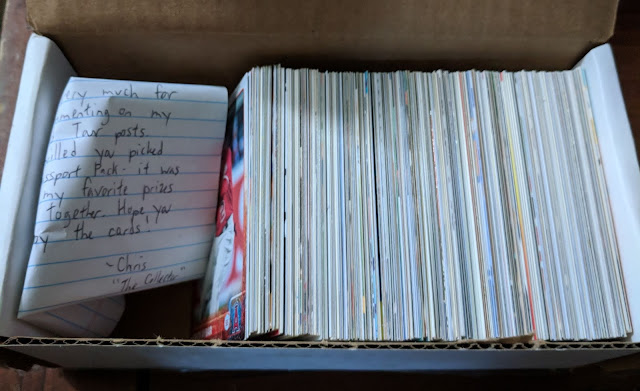 For my second round selection, I went with the Sports Card Tour Passport Pack, a lovingly curated mix of cardboard featuring cards from each stop in the series, alphabetical in order. It'd be a bit much to show off every card here, but I've plucked out a few notables... 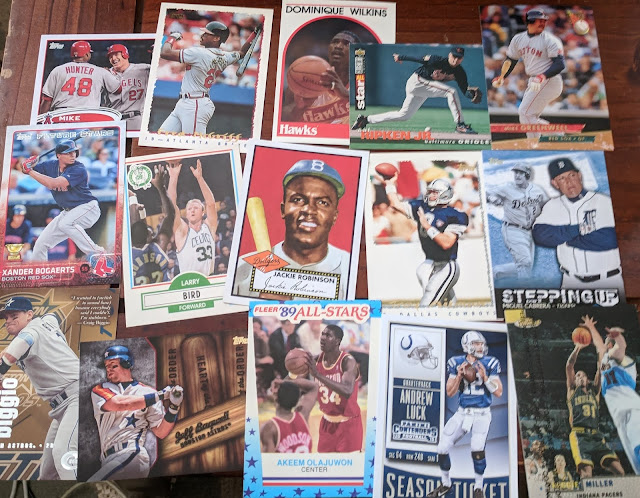 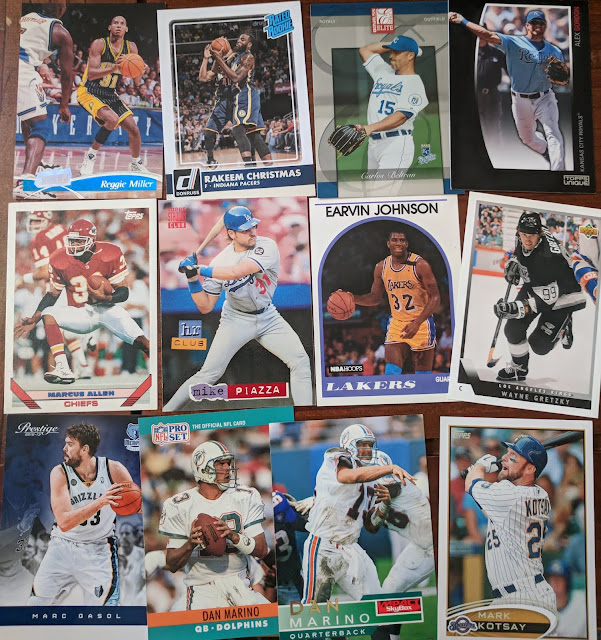 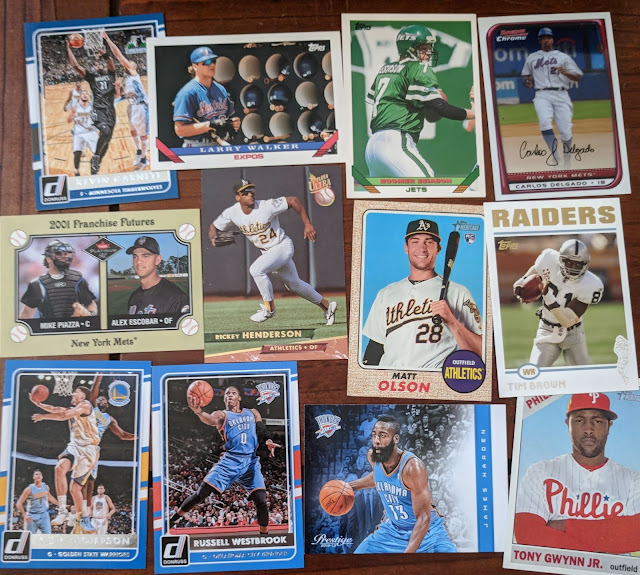 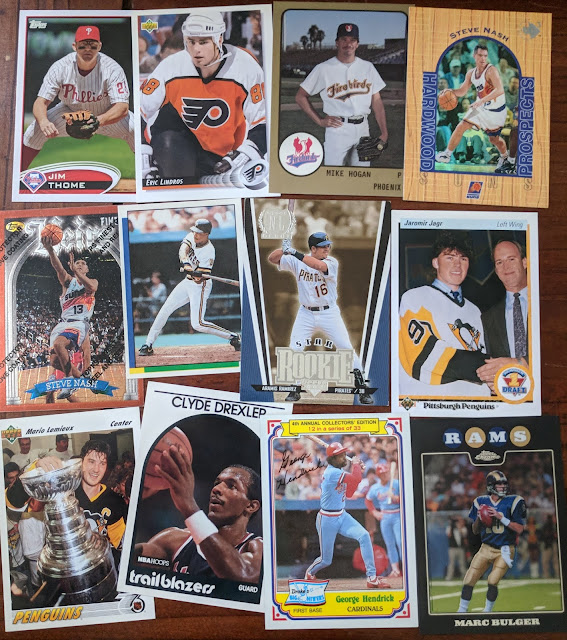 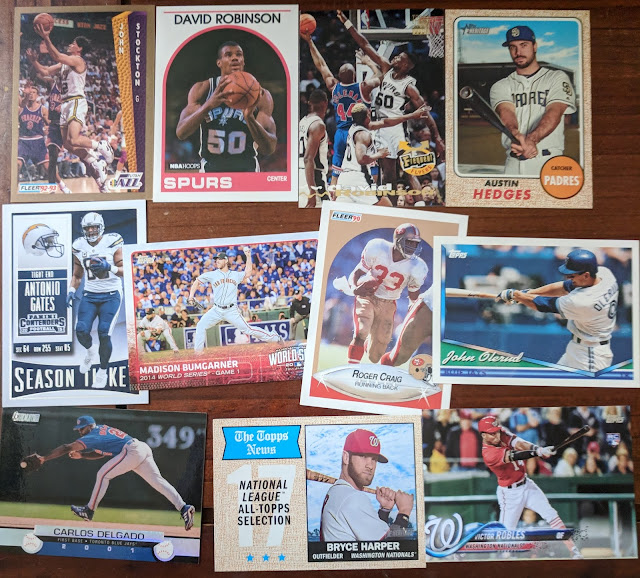 Fun stuff! Big thanks, Chris! (While a generous prize like this would probably warrant a little "thanks" package, Chris did mention after our last trade that I may have over-delivered on my end, so I'll let that absolve me of any guilt and just call it square. lol)
Posted by defgav at 6:27 PM