A sparkling and glowing trade

Good trade with Doug from Sportscards From The Dollar Store! The catalyst here was he had ended up with the Padres as a random team in a group break and hit some solid prospect autos. I was more than happy to give them a good home and send him some cards that'd be a better fit in his collection. 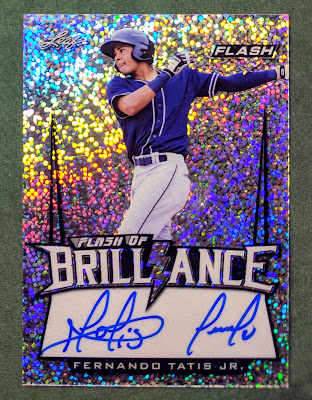 The headliner here is Fernando Tatis, Jr, the phenom who just made the opening day roster at barely 20 years old. Us Padres fans have high hopes for him delivering on all his potential. Exciting times for the Friar faithful! This is my 3rd Tatis Jr auto, and possibly my favorite... love this sparkly type of refractor.

And three more of these beauties:
Luis Urias is San Diego's second baseman of the near-future, though he'll start in Triple-A this season.
Ryan Weathers was the Padres #1 pick in last June's draft.
Xavier Edwards, a speedy middle infielder, is another '18 first-rounder. 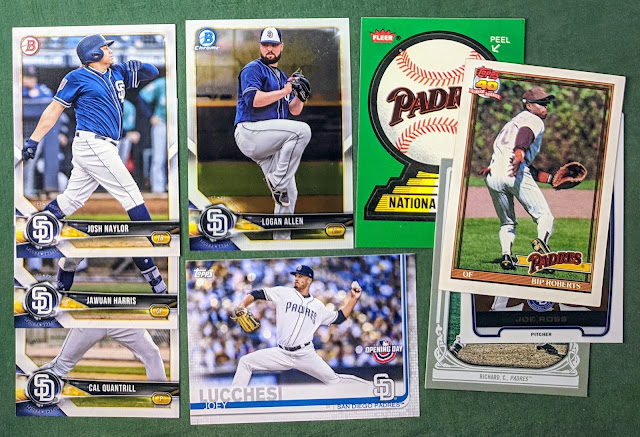 Doug threw in several bonus Padres, including the first 2019 Opening Day card in my collection. 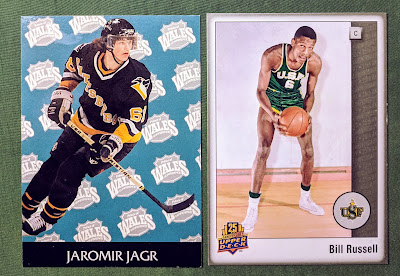 Even a Jagr and Bill Russell. 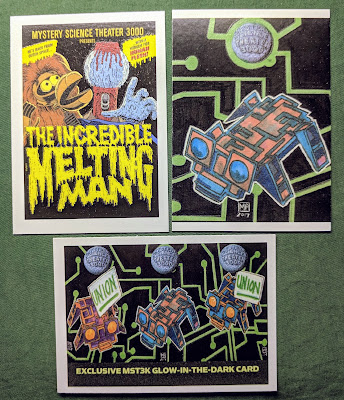 I'm always out of the loop with Mystery Science Theater 3000 trading cards. I learned about Series 1 last year thanks to a post on Doug's blog and then ended up buying myself a box. And now recently he posted about his Series 2 box (which again, I wasn't even aware was out). I feel like I "got my fill" from the Series 1 box and wasn't planning on ponying up for a Series 2 box since there were still no autos in it (though apparently upcoming Series 3 will finally have autos).. but then I perked up when he mentioned there are glow-in-the-dark inserts.
I sure do loves me some  glow-in-the-dark  cards!! 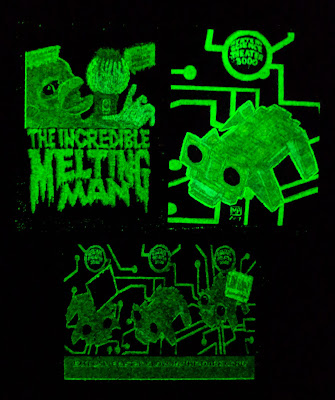 Doug was generous enough to hook me up with 3 from his box. I also recently picked up 2 others on eBay, so I'm at the halfway point with this 10-card insert set.

Thanks again for the trade, Doug! Great stuff.
Posted by defgav at 3:40 PM