I've just added this to my List of Baseball Cards in Movies & TV, but wanted to give it its own post to feature the cards in all their glory. Usually when I post customs on this blog, I've whipped them up myself, but these were ostensibly made by somebody in the Universal Pictures art department back in the mid 70s. I'm tempted to print out copies for my collection.. the James Earl Jones card, especially. (You can almost think of it like a prequel to his character in The Sandlot.) 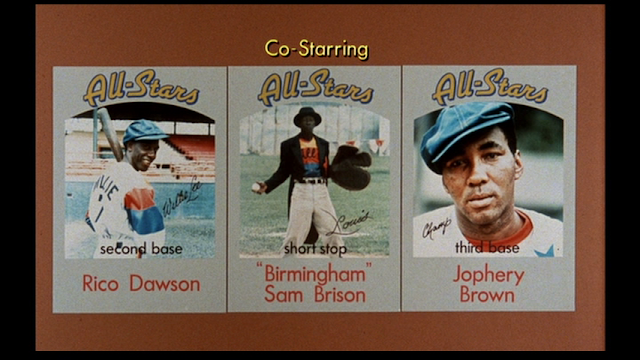 Rico Dawson and Sam Brison were real Indianapolis Clowns ballplayers, one of the last Negro League teams to disband. It's my understanding that the team was essentially like baseball's version of the Harlem Globetrotters, where they have fun goofing around for the crowd but are also really talented players.

Jophery Brown pitched in one MLB game (for the Cubs on September 21, 1968) and later became an actor/stuntman, appearing in notable films such as Jurassic Park (1993) and Spider-Man (2002). 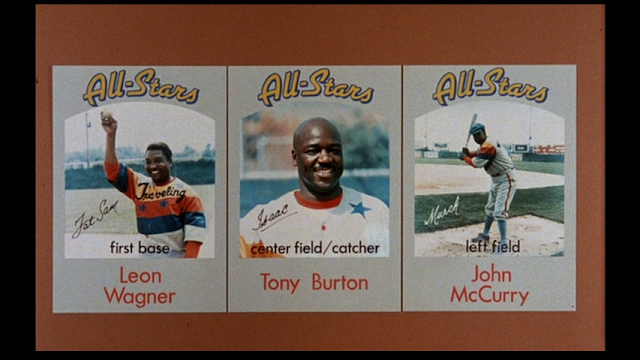 Tony Burton is best known for his role as Tony "Duke" Evers in the Rocky films. 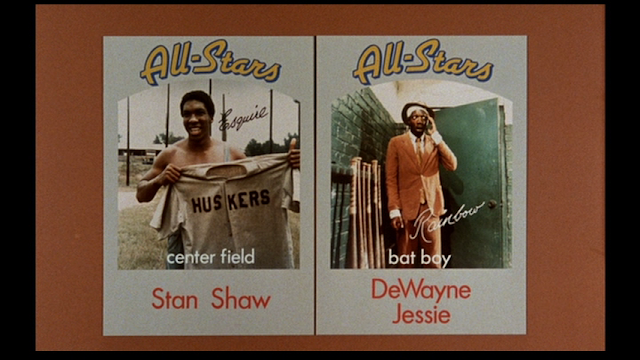 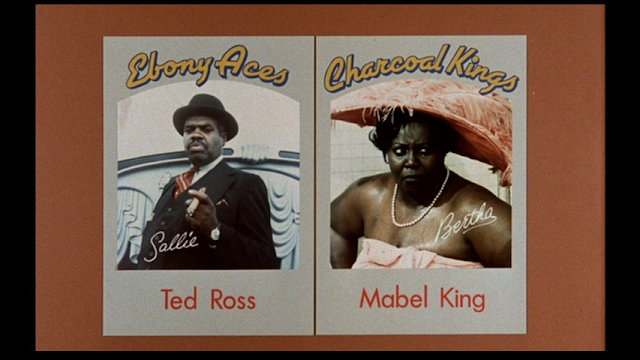 Ted Ross is best known for playing the Cowardly Lion in The Wiz alongside Diana Ross (no relation), Michael Jackson, and Nipsey Russell.

Mabel King was also in The Wiz, though may be best remembered as Mama on What's Happening!! 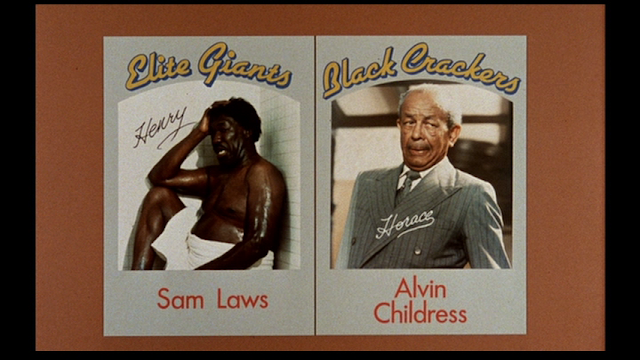 Alvin Childress played Reverend Trimble on a couple episodes of Sanford and Son. 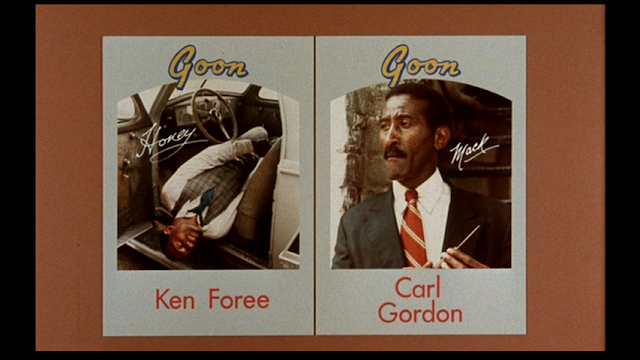 Ken Foree is best known as the protagonist Peter from the horror film Dawn of the Dead and as Kenan's dad on the Nickelodeon sitcom Kenan & Kel.

Another guy known as a TV dad, Carl Gordon was on the early 90s Fox series Roc playing the role of the title character's father.

There's even some bonus baseball card stuff in the DVD menus. 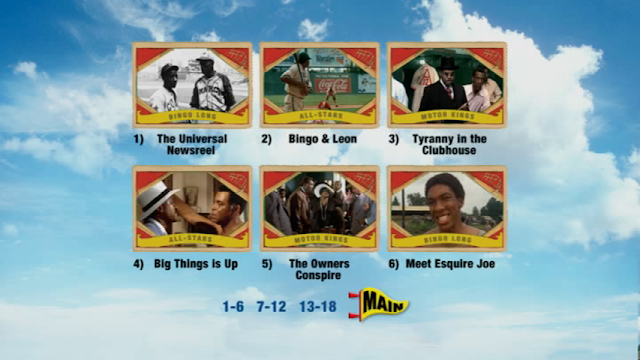 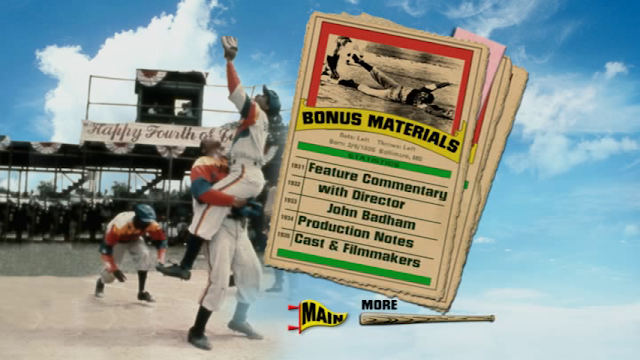 Worth a watch if you haven't seen it. Not exactly a Negro Leagues documentary or anything, but a fun baseball film that you don't hear about too often these days. I rented the DVD from Netflix, but it's also available from Amazon.

What put this movie on my radar is it was listed as a recommendation on the DVD of Brewster's Millions (1985), another Richard Pryor flick with some baseball action in it that I rewatched recently. 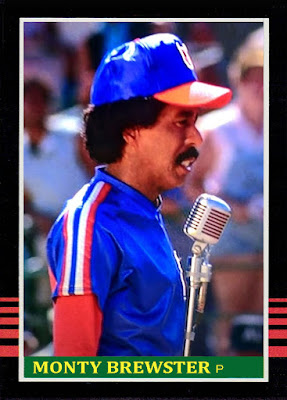 Here's a quick custom I made for that one.

Thanks for reading!
Posted by defgav at 2:06 PM