Take a peek at my Teke 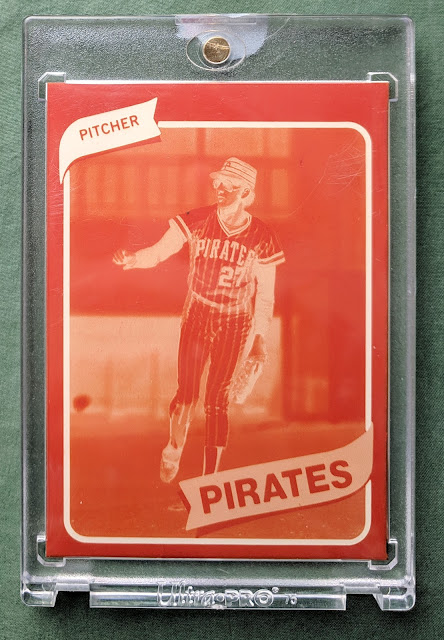 I didn't have a post idea in mind for today, but this morning I saw on Twitter that it's Kent Tekulve's birthday, so I decided to whip out my Teke PC. Snapping these photos caused me to be a few minutes late for work, but damn it, Teke comes first! He's an inspiration, becoming a world-class athlete while being a funny-looking, bespectacled stringbean. 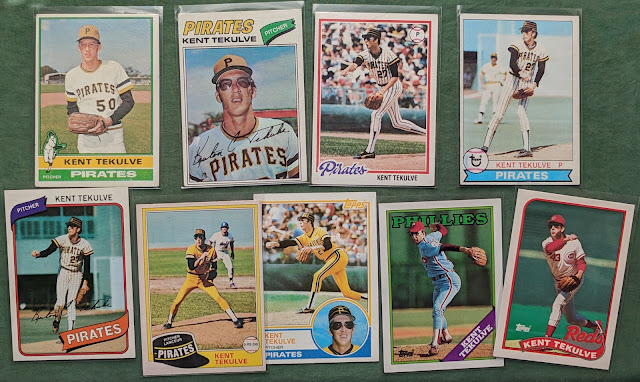 As far as his Topps flagship goes, I've got all his cards from the 70s, but missing some from the mid 80s. I didn't bother plucking any cards out of complete sets for this post. So while I technically own a 1982 Topps Teke (not to be confused with Topps Tek), it's in my complete set. While going through the PC, turns out I had a dupe '78 that I needed for that setbuild, so that was nice. (and oh wait, I didn't notice at first but the '81 is OPC, not Topps.) 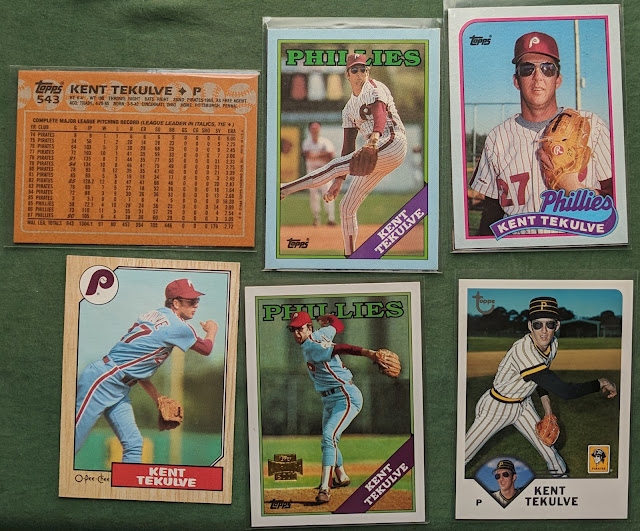 Some more Topps miscellany. The turned-over '88 Topps is a "blank front" printing error. The other pair of top cards are box bottoms (Re: the '89.. I've just learned that he didn't make it into Topps' standard 792 that year, yet has a box bottom plus is in the Traded set). Lower row is '87 OPC, 2001 Archives (funny they count 1988 as his final card, ignoring the '89 Traded [or the box bottom for that matter.. oh man, how great would it be if Topps reprinted a box bottom card?! LOL, can't recall that ever happening. I would also be amused to see a box bottom buyback, but as far as I can tell, there aren't any such cards out there]), and 2003 Retired. 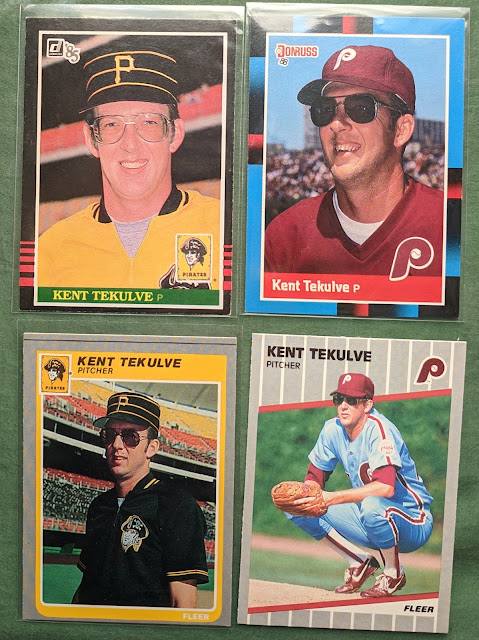 Slim pickin's from Donruss and Fleer. I could have dug up a few more had I raided sets.

"Kent Tekulve oddball" is almost redundant. Great cards here, with a 1976 SSPC rookie card, 1989 Kahn's (the only card besides his '89 Topps Traded featuring him in his sunset stint with the Reds [though there is also a 1990 Publications International Trivia Sticker out there]), and 1994 Carolina League 50th Anniversary All-Time Greats. 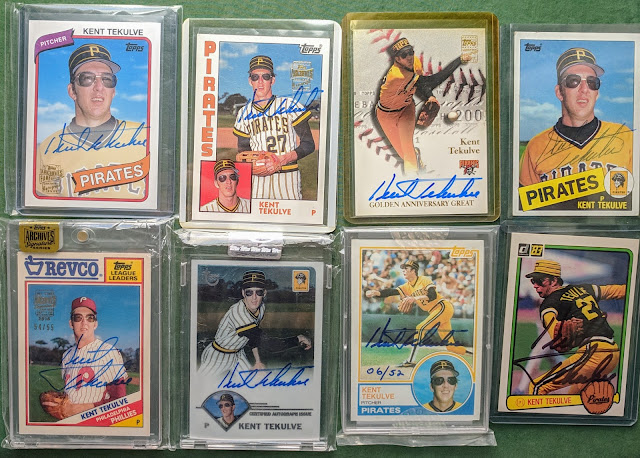 And a grand finale of autographs. Six certified on-card autos, plus a couple TTM/IP on the right. I hadn't realized until now that his 2015 Archies card (in the 1980 Topps design) used the same photo as his '85 Topps card. Lazy Topps.

Still a long way to go to reach my standard PC goal of 100 different cards. It might be tough since according to TCDB, he only has 166 listed, and many of those are low-numbered parallels and buyback autos. But I should at least round up his remaining mainstream/flagship cards before too long. Trades welcomed.

Thanks for reading!
Posted by defgav at 2:27 PM