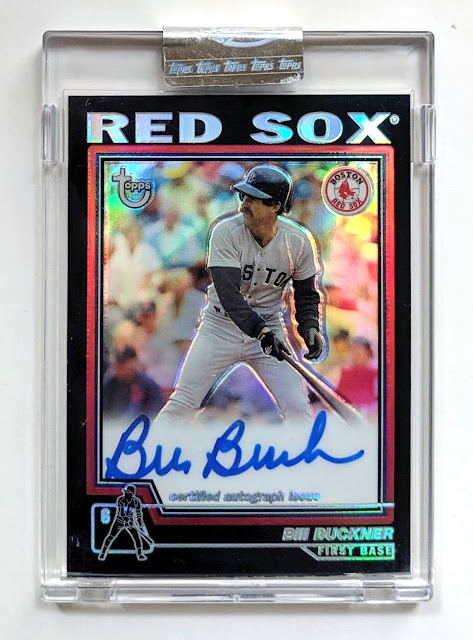 I was saddened to hear of Bill Buckner's passing this morning at age 69. Reminded me that I don't think I've previously gotten around to showing off this 2004 Topps Retired refractor I picked up a little while back. Beautiful card! Was happy to have this one checked off my #1 collecting goal. As my previous post makes clear, 2004 Topps black refractors just enchant me and I gotta collect 'em all. 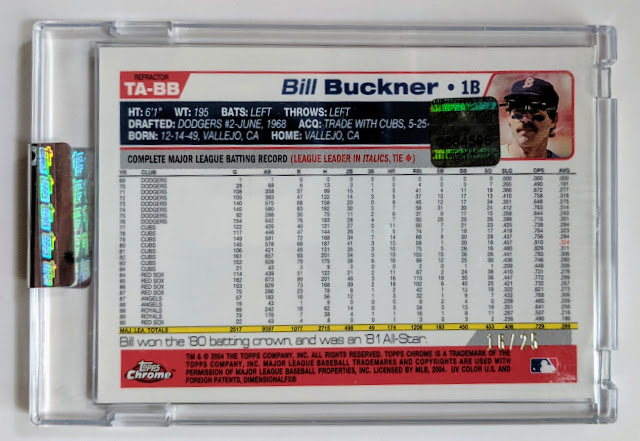 Tiny Stats Alert!! Bill played in 4 different decades, always an impressive feat (--even if he just barely accomplished this, bookending his career with 1 game in 1969 and 22 games in 1990).

Three months ago, I posted my 2003 Topps retired auto (base) Bill Buckner and scolded Topps for not properly red italicising his league leading numbers. Here, Topps has his batting title indicated, though they neglect to call attention to his seasons leading the NL in doubles (35 in '81 and 38 in '83), plus his 657 at-bats in 1982.

Of course he's most remembered for his floppy glove missing Mookie Wilson's ground ball in the '86 World Series. But he always carried himself very well and was a great guy by all accounts. Seems like the bad vibes directed towards him dissipated once Boston "broke the curse" and started winning a bunch of championships after their long drought. Buckner also got some redemption by poking fun of himself in a classic episode of Curb Your Enthusiasm.


And since I've got some time, here's another nice Retired refractor auto I haven't gotten a chance to post yet... 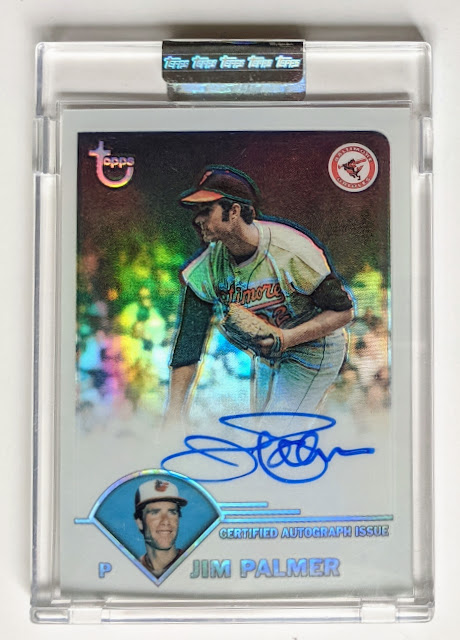 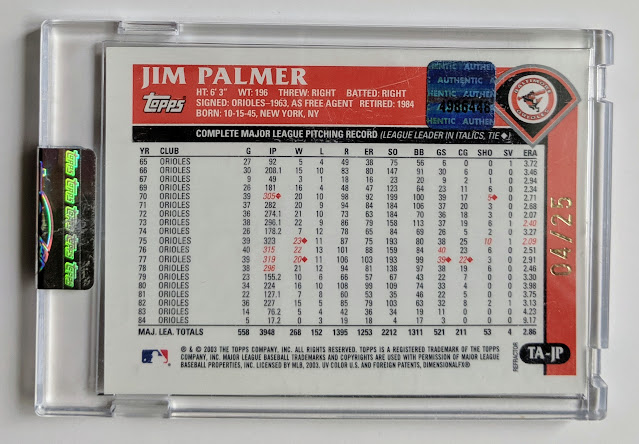 Palmer was one of the best pitchers of the day. Won 3 Cy Young awards, 3 World Series rings, and became a first-ballot Hall of Famer.

At the risk of hijacking what began as a Bill Buckner tribute post, I've got another cool Jim Palmer item I've been meaning to show on the blog for a long time now, so might as well work this in here too... 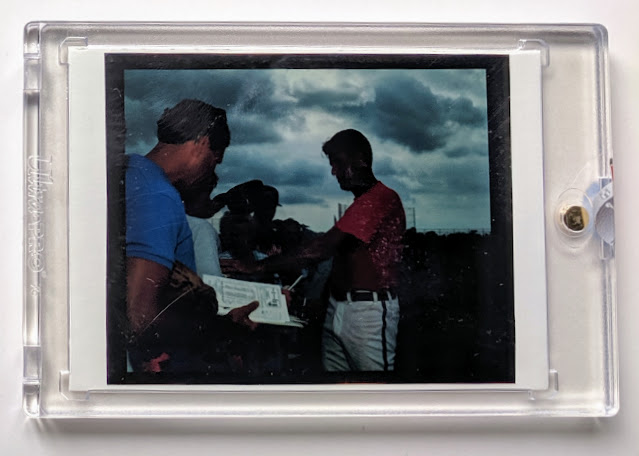 It's an original photo negative from the Topps Vault.
And now here's the processed image (with a watermark) from the eBay listing: 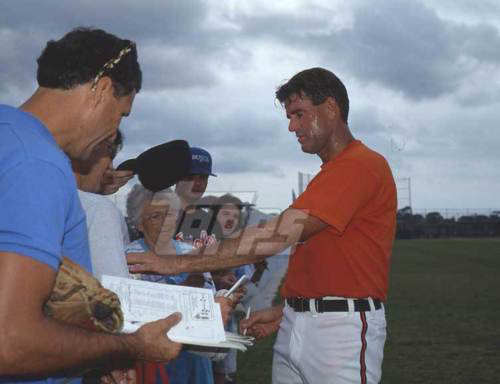 Jim made a comeback attempt in 1991, which is where this photo dates from, though he didn't get too far into spring training before hanging them up for good. But I always root for the old dudes to hang around (now hoping for Bartolo Colon and Fernando Rodney to extend their careers with new teams), and plus I like autograph-signing shots, so I thought this would be a cool photo negative to snag when Topps Vault had it discounted to $5.97. Cool shot of a sweaty post-practice Jim signing for a group of fans under threatening Florida skies.

That's all for today. Thanks for reading.
Posted by defgav at 4:06 PM