Oh hey I still have more dimebox cards to show you from that card show two weekends ago.

Griffey holograms! I grabbed 'em all (dupes included), so if anyone needs one, just let me know. 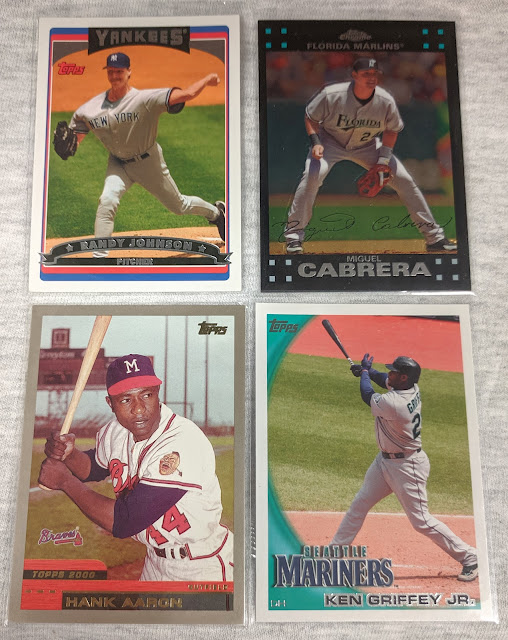 Here are some baseball players. 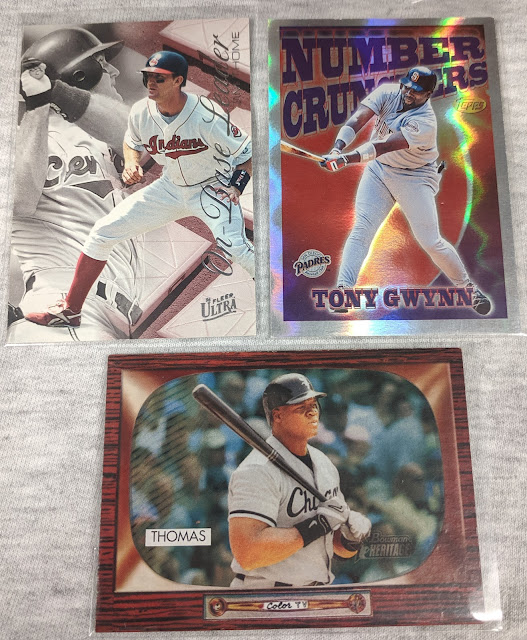 Here are some more baseball players.

Without the context of this photo, I could tell you that I paid 10¢ per card for a pair of serial-numbered (/150) cards of a player who's high up on the all-time home run list.. and that might be impressive if you didn't know the set or the player.

I should stop buying A-rod cards since I have all I need (some might say more than I need. In fact everyone besides maybe Zippy Zappy would say that), but somehow they still manage to sneak onto my stack, similar to A-rod sneaking his tainted urine passed MLB's drug testers. 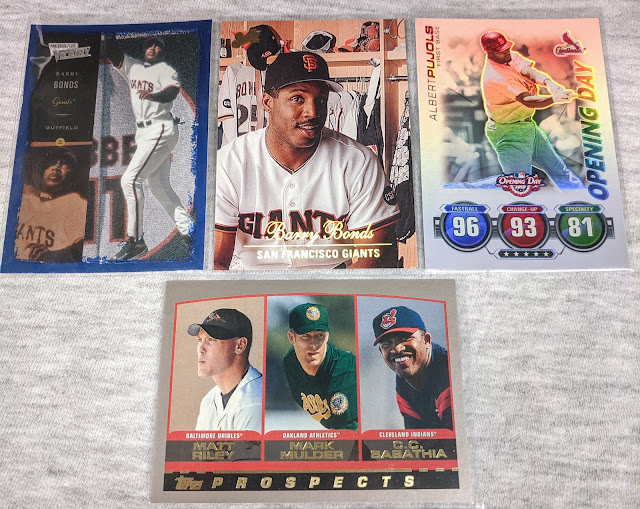 Nothing to do with these cards, but we're watching the Game 3 right now and my wife says she honestly isn't familiar with the "Baby Shark" song. Never even heard of it. This from a woman who's a moderator on Reddit, so she typically knows what's going on. 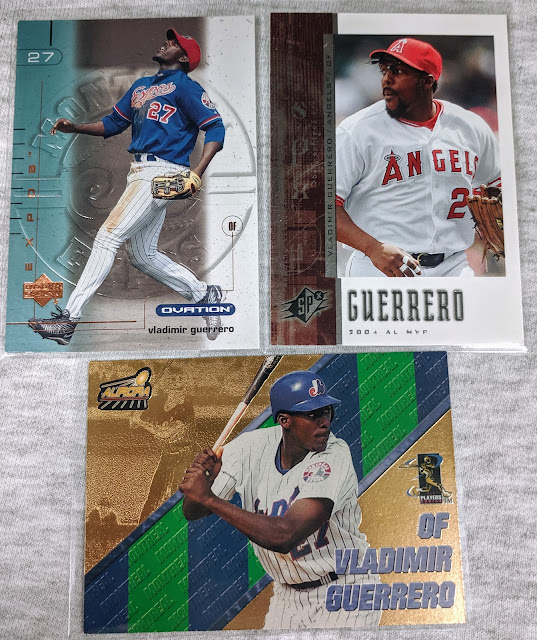 Vlad! A beast in his prime! 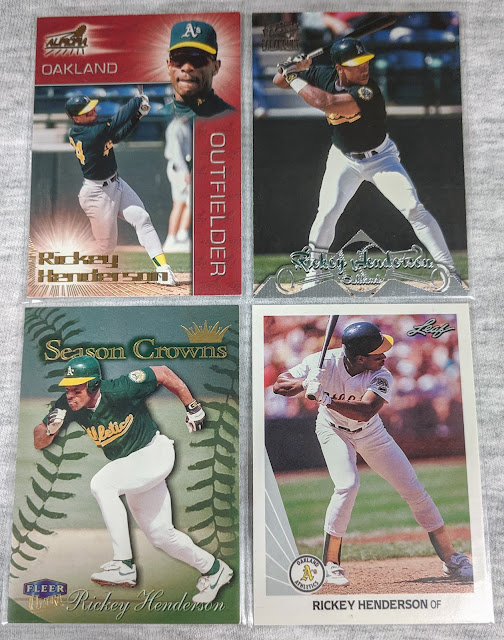 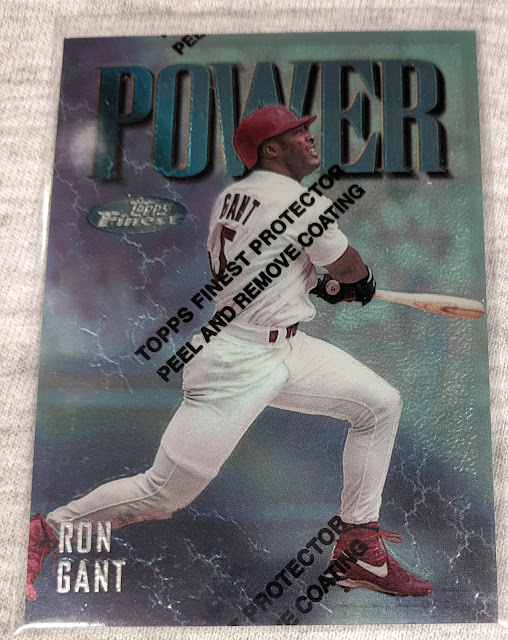 I was so happy to snag this Ron Gant. Anytime I can find a card of him after leaving Atlanta seems like a big deal. 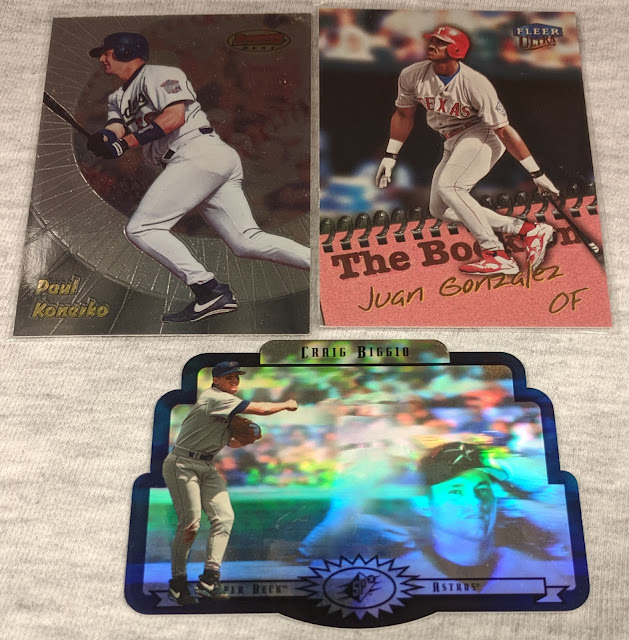 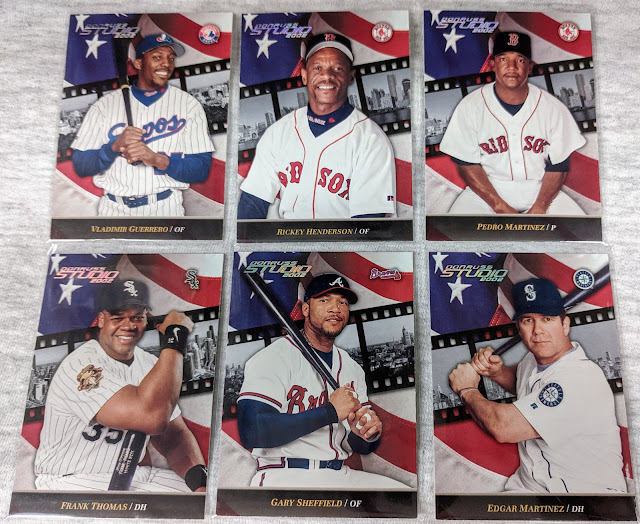 2002 Studio. Didn't have much (any?) from this set. Now I've got a few. Six HOFers. (Sheffield was secretly inducted but it wasn't announced in the press.) 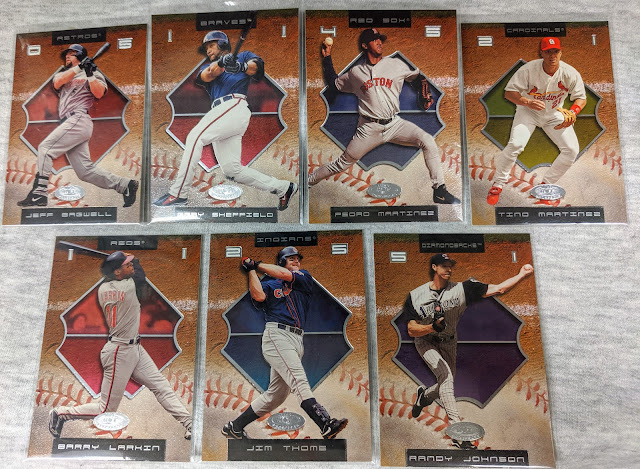 2002 Fleer Hot Prospects is the name of the above set. Who knew that Barry Larkin was still considered a "hot prospect" in 2002? Wow! That just goes to show you how prodigious his career was.

The 2 Tinos in the post were picked up just in case the Lost Collector needed them, though I knew it was a long shot. 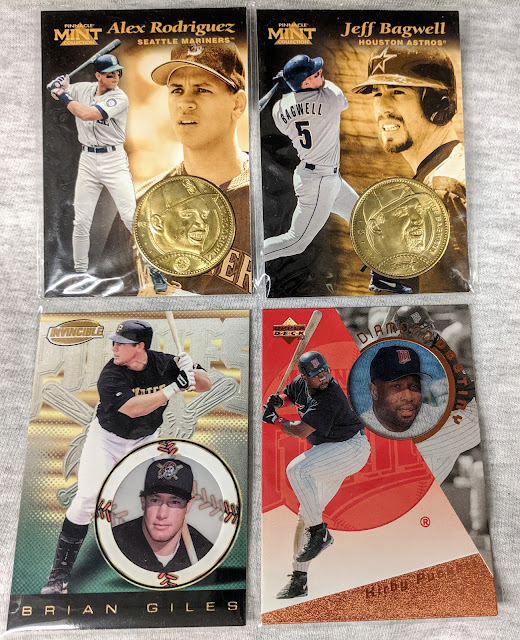 Here are baseball cards produced with large holes in them. The top row include metal coins in said holes (not the foil-made-to-look-like-a-coin ones, but the actual-metal-coin ones), while the bottom row have translucent pictures in the holes. I think this day must have set my personal record for most cards with holes in them obtained in one day. At least in the past few years. 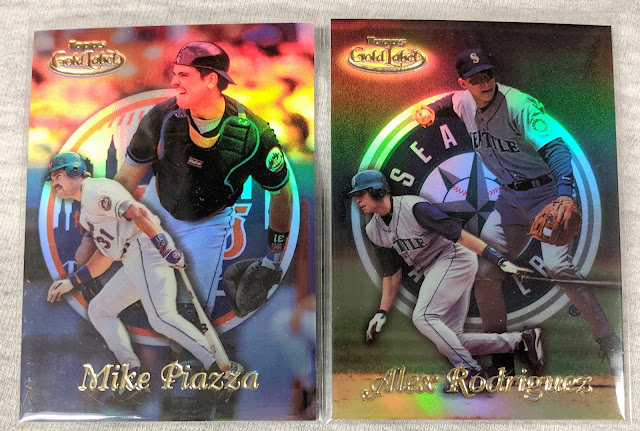 I'll leave you for today with this pair of Gold Label cards from back when that meant something. Beauties!

A pocketful of dimes well spent, I'd say! I still have more from this haul that I'll likely post about soon (I think I've sorted them into modern baseball cards [big stack], and non-baseball [smaller stack].)

Hope you have a great weekend!
Posted by defgav at 9:42 PM