More highlights from my dimebox dig at last weekend's card show, now we're up to the 1980s. These are mostly PC pickups and/or cards for sets penciled in for me to build at some point in the future. 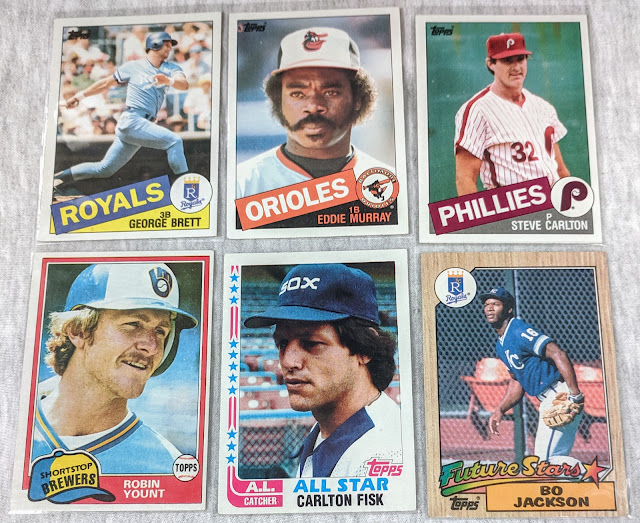 A few big names. Couldn't leave an '87 Bo Jackson behind for a dime, even off-centered and with soft corners. 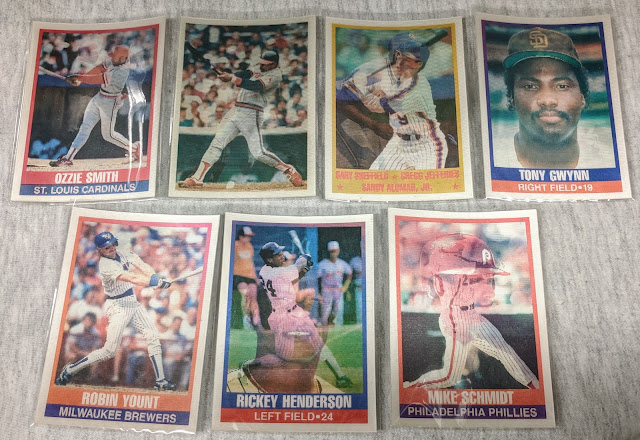 I know Sportflics aren't really worth anything and few collectors like them much, but I don't have many in my collection and don't see them in the wild very often, so I was excited to come across a big cache of them in the box. Picked out a few guys I collect. Most of these are from '89.

Pretty much any Kirby Puckett card in a dimebox is going directly onto my stack.

Reggie giving me the side-eye for sneaking a modern card into a post of otherwise only 80s cards. 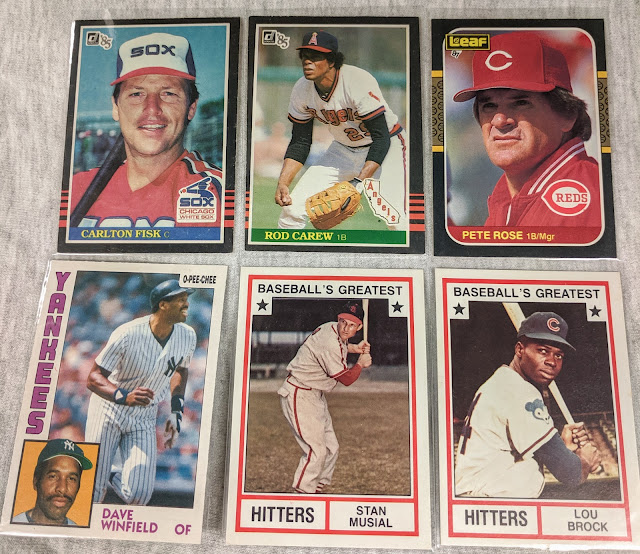 I had a brain fart and forgot I completed '85 Donruss a year ago, but it's cool because I PC both those guys, so they'll still have a home in my collection. A couple "Canadian parallels" and a pair of TCMA oddballs from '82 round out this grouping. 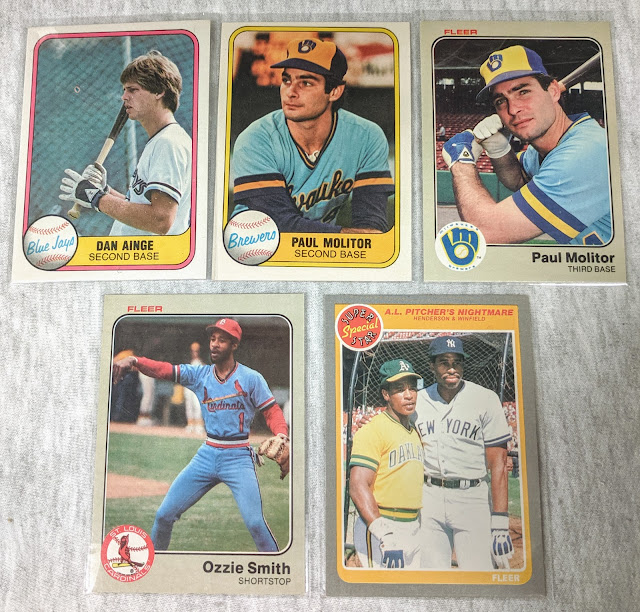 Some Fleer sets I'd like to eventually complete someday. Anybody have near-complete starter lots to part with?, feel free to get in touch about a trade. 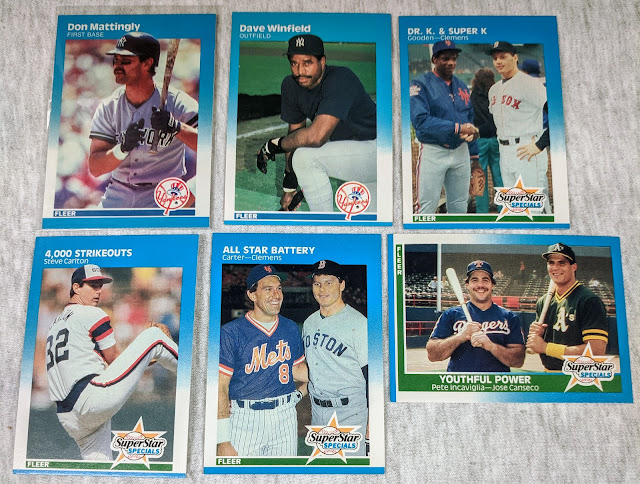 Gonna feel good to complete 1987 Fleer someday. I haven't sorted out a wantlist yet, but I might be approaching half the set at this point. I'm tempted to just grab a set on eBay for like $20 shipped and be done with it, but I'm hoping to crank it out through trades and occasional cheap singles such as the above. 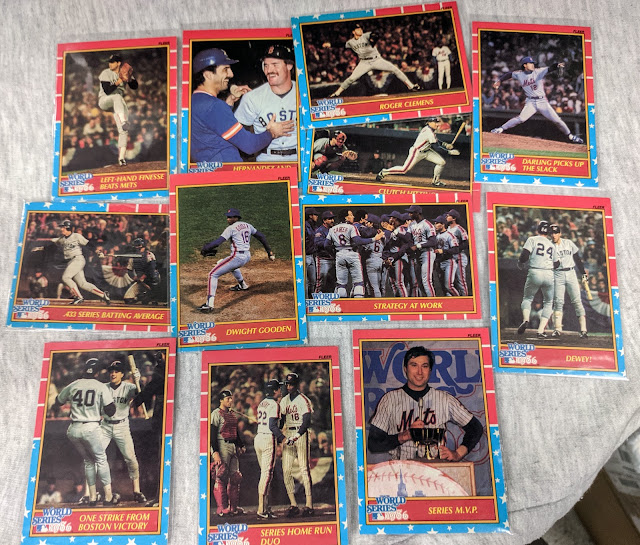 Finally for today, here's an insert set of '86 World Series Highlights from 1987 Fleer. I had originally picked out half of these for PC guys, but then I realized the entire 12-card set was there, so I grabbed them all to supplement my '87 Fleer setbuild. It's funny how that WS is best remembered for the Mookie Wilson / Bill Buckner play, yet neither player is featured on any of the cards (save for Mookie appearing in the group celebration photo) nor are either mentioned anywhere on the backs.

That wraps up the 80s cards from my dimebox haul. We'll enter the 90s next time. Thanks.
Posted by defgav at 2:37 PM