cards I was thinking about getting and then I got them 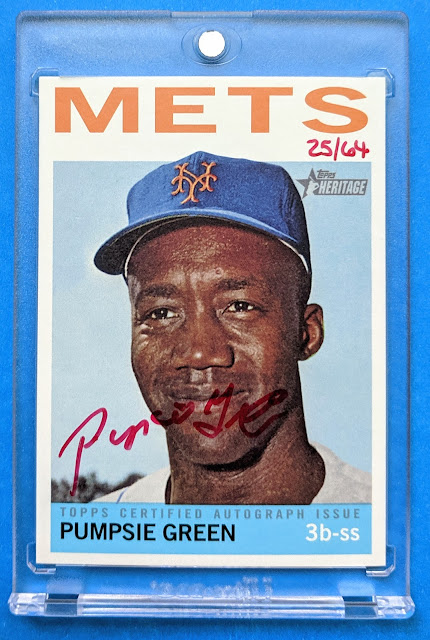 Remember when I found a Pumpsie Green rookie card in a dimebox at the card show a couple weeks ago? That was the catalyst for me wanting to pump more Pumpsie into my collection. I went looking for an autograph-- first eyeing a similar auto but on a Red Sox card that ended up going for a lot of money-- so instead I ended up going with this Mets one that wasn't nearly as expensive. Maybe not as nice as the other one, but I like it a lot too. 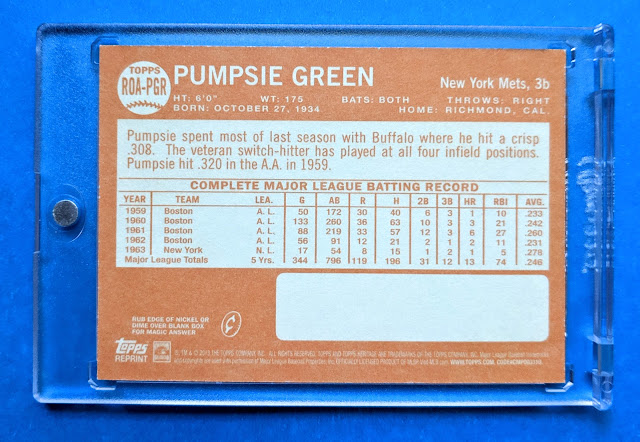 This is a reprint of a of his 1964 Topps card. If you think he played major league baseball in 1964, pump the brakes! He actually spent all year with the Mets AAA affiliate (Buffalo Bisons). In 1965 he played with the Bisons some more, plus a few games with the Syracuse Chiefs (Tigers AAA) before retiring. So this is a true sunset card with complete career stats on the back. I want to read his SABR bio soon to learn more about the man.

I still need the original version of this, not only for my budding Pumpsie PC, but also for my 1964 Topps sebuild. It's been stalled at 72½% complete with no update to my spreadsheet since April. Looks like I won't be finishing that set in the current decade. Oh well. Someday it'll be done. Bo told me he has a couple needs coming my way soon, so that'll be nice to pump a little life into that setbuild.

Oh, and I forgot to mention that I'm posting this on Pumpsie's birthday! If you don't believe me, look at the vitals on the back of the card. It's right there in capital letters: OCTOBER 27. Sadly, he passed away earlier this year, so he's not here to welcome another year of life, leaving us at 85. It happens to us all eventually.
🤷‍♂️ 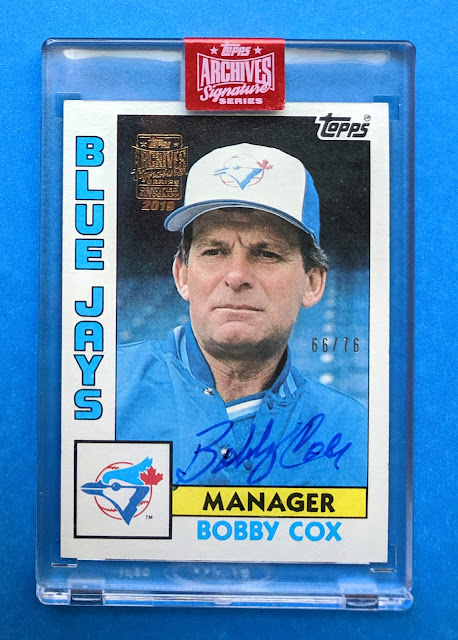 Bobby Cox! I was thinking I wanted a Bobby Cox autograph in my collection. Then I bought this one. I assume cards where he's pictured in a Braves uniform generally sell more than cards with him on other teams, but this Blue Jays card will do the trick for me without pumping too much money out of my account.
🐦 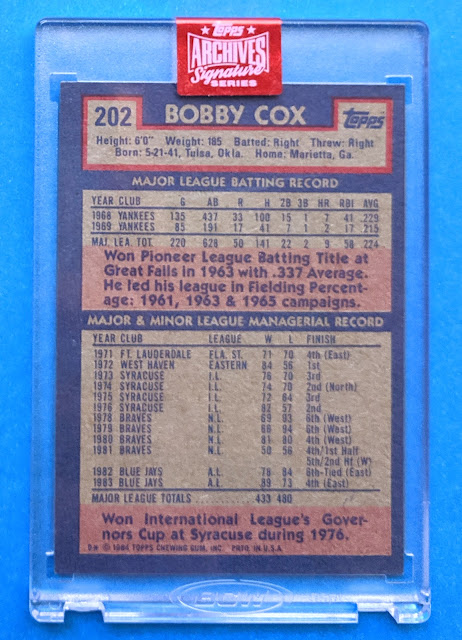 It's got his complete MLB stats on the back (just a couple years on late 60s Yankees teams-- yeah, he's not in the Hall of Fame for his playing career!), plus some managerial mumbo jumbo. Hey look, it's the Syracuse Chiefs again.

Bobby won a World Series with the Braves in 1995 and got them pretty close a bunch of other times too. 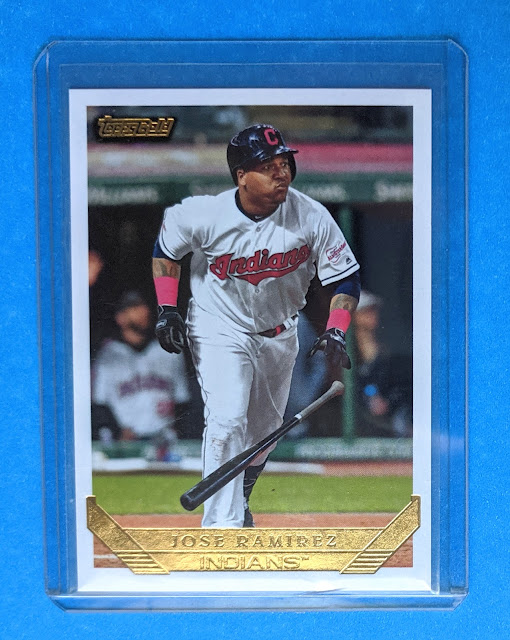 This is probably the last card I'll be showing today. I heard that there were rare Gold parallels of the 1993-design cards in Archives this year. I thought that was cool so I decided I'd like to add one to my collection. This Jose Ramirez turned out to be the one I got because the price was right, but hey, I also PC the guy a bit, so it's cool for me. I think there are only a handful Topps Gold parallels of these per card (10? 20?), though they're not serial numbered. 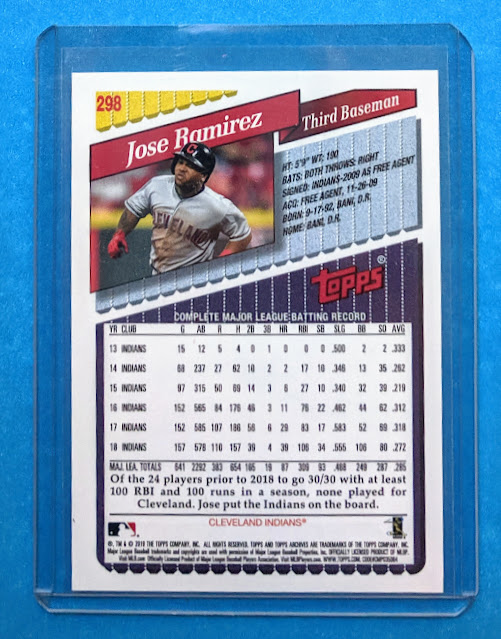 José Ramírez had a down 2019 after a pair of very good seasons where he pumped a bunch of home runs over the fence. Looks like a pesky injury slowed him down. He just turned 27, so he should be able to bounce back and put up a few more quality seasons in his prime.
🐠

Pump is a great album.

Don't forget to check out my 1991 MusiCards blog. I think it's fun.

Thanks for reading, gentlemen (as well as any ladies who might happen to be reading, but with Cracked Bat Julie being missing in action for a few months, there haven't been any ladies commenting here for quite a while unfortunately.)!
Posted by defgav at 3:15 PM

Email ThisBlogThis!Share to TwitterShare to FacebookShare to Pinterest
Labels: frozen grapes are so good!, Pumpsie Green